Director :   JT Petty
Year Of Release :   2003
Principal Cast :   Lance Henriksen, Karl Geary, Alexis Dziena, Rebecca Mader, Amanda Plummer, Keith Robinson, John Kapelos, Tudorel Filimon, Maria Oprescu.
Approx Running Time :  76 Minutes
Synopsis:  A germ-sensitive shut-in begins to suspect all is not well in his apartment complex, after he notices his neighbors starting to disappear.
What we think :  Entertaining change of pace for the Mimic franchise owes more to Hitchcock than Guillermo del Toro, and although the film’s impact is limited by ropey acting performances, it’s a stylish low-buget thriller that engages the brain on levels the previous Mimic film could not.

I’ve always thought the Mimic franchise’s Judas Breed monster had the potential to be a truly horrific, memorable character, if only the sequel film lived up the expectations of Guillermo del Toro’s original. Blessed by a creepy genetic template, the Mimic films have enormously terrifying potential, if only storytellers knew which direction to take the premise. While Mimic 2 was a bit of a debacle, the second sequel, Mimic 3: Sentinel, sees a change of tone and pace for the franchise that’s as welcome as it is effective. With it’s voyeuristic, surveillance-y overtones and sense of helplessness in the lead character, Mimic 3’s a vast improvement over Mimic 2 and actually not that far off the original film’s tenacious sense of style. Mimic 3 is different from the previous films, but works the basic Judas Breed motif into the mystery-thriller motif with complexity and satisfaction that returns the franchise to at least some level of quality. 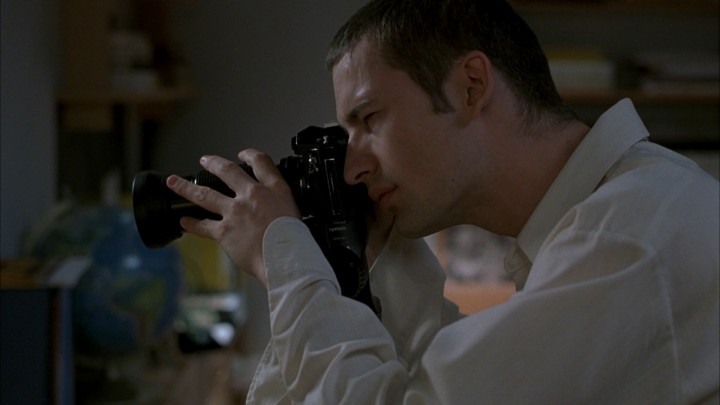 Plot synopsis courtesy Wikipedia:  Unable to leave the germ-free confines of his sterilized bedroom for any real stretch of time, environmentally hypersensitive Marvin (Karl Geary) spends his days taking pictures of his neighbors from his window. Occasionally catching glimpses of his young sister Rosy (Alexis Dziena) hanging out with the neighborhood drug dealer, Marvin’s lens remains mostly fixed on a mysterious neighbor known as the Garbageman (Lance Henriksen) and pretty neighbor Carmen (Rebecca Mader), while his slightly overbearing mother (Amanda Plummer) rests on the couch. As neighbors begin disappearing and mysterious figures move in and out of Marvin’s viewfinder, the secluded voyeur begins to suspect that a sinister force is at work in his neighborhood. Though Rosy and Carmen are anxious to assist in a little detective work, the situation soon begins to spiral out of control upon the discovery that the Judas Breed is far from extinct.

Mimic 3 is one of those films that works better than it should, and had it had a better budget – or a better cast – you get the sense it could have been terrific. In any case, Sentinel’s Rear Window-esque plot, which sees a guy with a camera watching helplessly on as his neighbors begin to vanish thanks to a rogue Judas Breed, is tautly directed, briskly paced, short (the film only runs just over an hour, plus credits) and certainly better than a third-film-DTV entry has any right to be. 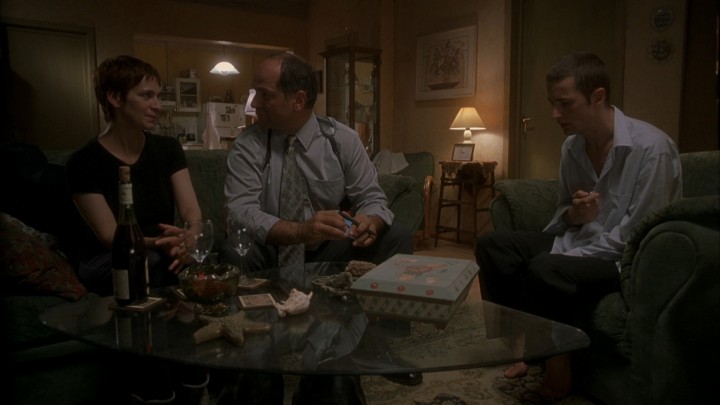 Where the film doesn’t work well is with its cast, or more specifically the acting of the cast. Outside of Lance Henriksen’s Garbageman, and Amanda Plummer’s motherly figure, the rest of the cast struggle to provide any realism to their performances. Karl Geary makes for a weird post-Strickler’s affected individual, his tics and mannerisms seemingly beyond his ability to portray with any conviction (his character’s stupidity is possibly the film’s largest weakness), while Alexis Dziena is as wooden as a tree stump as the little sister. Rebecca Mader’s Carmen is enjoyably feisty and flirty, and her rapport with Geary’s Marvin is terrific.

The tension of the story is built through the lens of Marvin’s window-mounted camera – it’s his only outlet into the world, and director JT Petty wisely keeps our viewpoint to a similarly singular angle, which definitely adds a Hitchcockian level of tension when things start to go wrong. Petty has a great handle on building tension, allowing the natural creepy factors of the plot to ratchet up through telling the story as plainly as he can. One might say Mimic 3 lacks a certain style, but without ostentation the story grows more organically, resulting in a more clearly defined sense of atmosphere. That’s not to say Petty does a bad job, rather he wisely keeps “flair” and “overkill” to a minimum – Mimic 3 has a fluid simplicity to the brief narrative, and unlike Mimic 2, this film doesn’t overuse the Judas Breed creature to the point of desensitization. 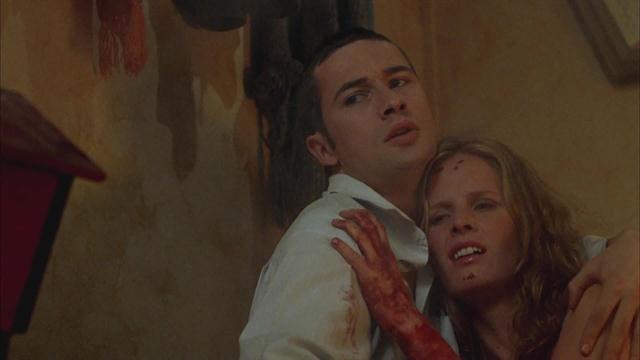 No, the strength of the film builds on Marvin’s inherent helplessness, his hypersensitive condition from his childhood encounter with Stricklers making him a hero without powers. Much like Rear Window’s Jimmy Stewart, Marvin is limited by a physical condition which prevents him interacting with the outside world, and this restraint on the main character’s ability to communicate, or facilitate any kind of assistance, is the crux of the tension within Petty’s script. As the story builds, and hints and clues are littered through the many images Marvin captures with his camera, things eventually kick into survival mode as the Judas Breed comes out in full force. It’s a horrifying revelation, built through the reaction Marvin has to the fact that he can’t help – and Petty’s use of shadow and darkness are hugely atmospheric of del Toro’s work on the original film.

Mimic 3 is effective, well worth a look, and a solid horror film that doesn’t outstay its welcome. The Judas bugs are as frightening as ever, the characters work even though the acting is often second rate, and JT Petty’s command of the camera is effectively brutal. Although the film’s small scope might have benefited from a larger budget, and better actors, Mimic 3: Sentinel is an energetic and exciting horror film that works in spite of its limitations.