The disaster of the Hindenburg remains one of the early 20th Century’s great human tragedies, alongside the sinking of the Titanic in 1912, and the great San Francisco Earthquake of 1906. The infamous footage of the disaster, accompanied by reporter Herbert Morrison’s now indelible commentary during the event, seared its way into the public psyche, destroying the popular zeppelin mode of transport as a legitimate enterprise (seriously, how did anybody think it wouldn’t end in disaster at some point?) and securing oceanic travel, as well as the burgeoning advances in fixed-wing transcontinental aircraft, as the way forward. It only follows that Hollywood would try and claim some of that mystique and human tragedy to box-office gain, and mixed with the various conspiracy theories surrounding the explosion of the ship, The Hindenburg was made. 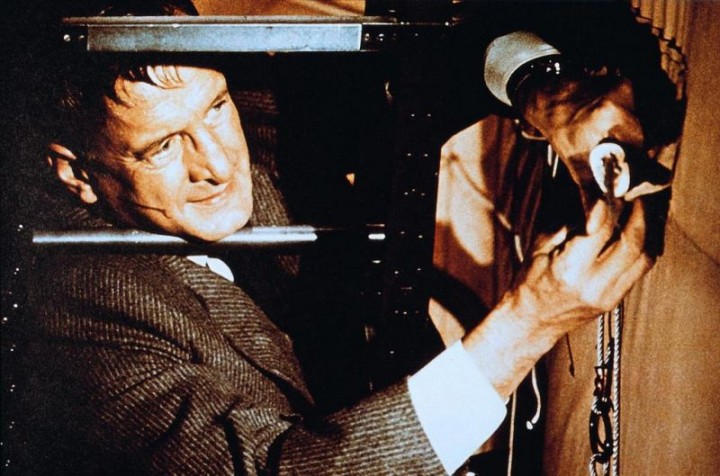 It is 1937, Frankfurt Germany, and the Nazi Party has risen to power. The Zeppelin Company, manufacturers of dirigible transcontinental aircraft, are about to fly their most iconic craft, the Hindenburg, to the United States. Aboard is Luftwaffe Colonel Ritter (George C Scott), assigned to the ship by Joseph Goebbels following a series of bomb threats to the company. Ritter’s Nazi associate, Gestapo officer Martin Vogel (Roy Thinnes) is also aboard to weed out suspects, although his agenda is different to the Colonels. Ritter also finds family friend, the Countess von Reugen (Anne Bancroft) aboard, although it’s unclear if she is indeed escaping German tyranny or just visiting a friend in America. Ritter is immediately suspicious of one of the ship’s riggers, Karl Boerth (William Atherton), who intelligence suggests is the one who has planted the bomb somewhere aboard the vessel. As the ship closes in on its final destination, Ritter must hurry to prevent an utter catastrophe.

The Hindenburg is a blockbuster film before the term was appropriated by Hollywood’s marketing machine. The film is filled with name actors, more than a few recognizable even to me and my poor appreciation of “classic” era film-making. Names like Charles During – who appeared in O Brother Where Art Thou, Burgess Meredith – the Penguin on the 60’s Batman series, Rene Auberjonois – who had a significant role in Star Trek: Deep Space Nine, Richard Dysart – Leland McKenzie on LA Law, Allan Oppenheimer – the voice of Skeletor, Falkor and Mighty Mouse, not to mention William Atherton, better known for his boo-hiss screen villainy in the first two Die Hard movies, as well as Walter Peck in Ghostbusters (“It’s true, this man has no dick!”). The scope of the film is considerably “epic” in the true sense of the word; from the German locations to the vistas over the Atlantic, to the eventual destruction of the vessel in New Jersey, The Hindenburg is a no-expense-spared thriller that blows itself apart (ha!) late in the film. 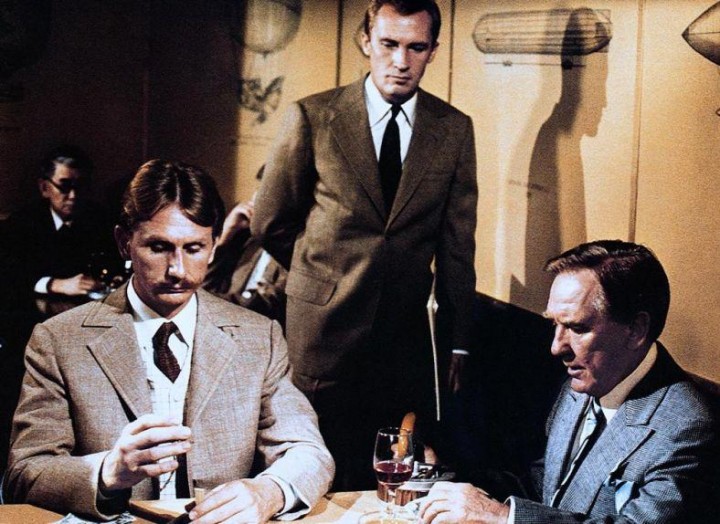 The problem with these recreation films, particularly Hollywood’s apparent mantra of avoiding deviation from known events and people, is that the outcome is already known. Whereas the problem was circumvented by James Cameron in Titanic by somehow managing to make the tension all about who would or wouldn’t survive the stricken craft, with the Hindenburg’s smaller casualty count and availability of the actual footage of the event, it limits how much “creative license” the storyteller has to bring genuine tension to the movie. Based largely on the book “The Hindenburg” by Michael Mooney, director Robert Wise (Star Trek The Motion Picture, The Sound of Music) tells the story well within the bounds of his limitations, imbuing the film with a humanity (pun intended) that would otherwise go missing in a modern Hollywood destruct-o-fest.

Populating the film with subterfuge and interpersonal tension, the film moves away from the impending tragedy through a variety of mechanisms, notably the underlying Nazi themes of repression, unsaid hostility, and Aryan purity. William Atherton’s Boerth, who set the plan into motion by planting a bomb aboard the ship, is the primary antagonist, although a red herring of sorts arrives in the presence of Vogel, an SS officer posing as the ship’s photographer, who works with harsher methods than Ritter. 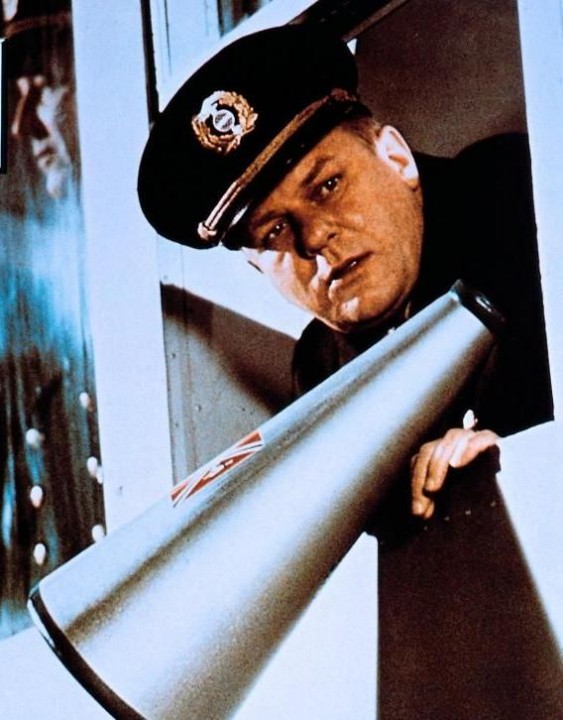 George C Scott, who had typified the all-American bravado in films such as Dr Stangelove (for Stanley Kubrick) and the ultimate US Commander, in Patton (for Frank Schaffner), became the primary “hero” of the film, wearing a Nazi badge of honour. Yeah, Scott plays a Nazi. Let that sink in.

As contradictory as that might have seemed to most, Scott’s portrayal of a German Colonel is similarly off-kilter to that of Sean Connery playing a Russian submarine commander in Hunt For Red October. There’s no attempt at an accent by Scott, who plays the role as broadly American and intense as any of his other roles, and it must be said that the rest of the cast pull an Enemy At The Gates and speak in their natural accent as well. This makes distinguishing between the German, American and British characters aboard the vessel, as well as throughout the rest of the film, rather confusing. Scott’s presence in the film is excellent, and he’s solid as Ritter, even though the role isn’t as well rounded as it needed to be for the film to work well, because of the sheer scope of the ensemble cast. Anne Bancroft has very little to do other than smoulder (which she does very well) and her casting almost appears an afterthought. Atherton plays Boerth with the same I-can’t-wait-to-see-him-bite-it perfection he did in Ghostbusters, while I had a good laugh at Robert Clary’s character, Joseph Spah, who performs an anti-Nazi song aboard the vessel as she flies across the Atlantic. 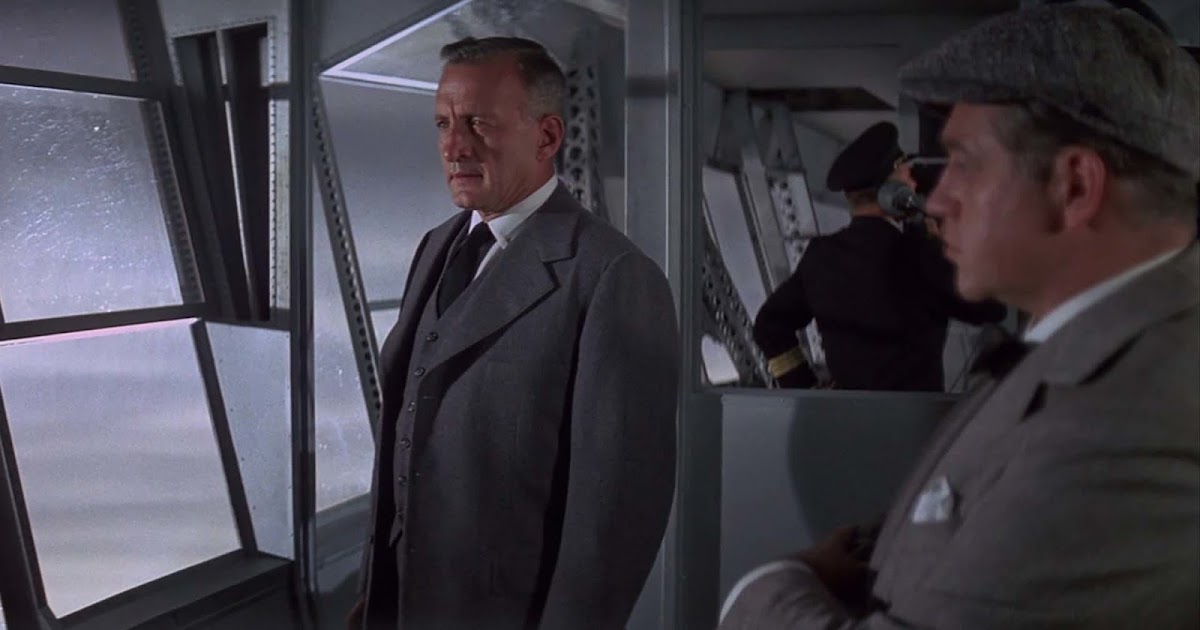 Robert Wise’s direction is appropriately melodramatic, while also considerably awesome. His sense of scale and scope is phenomenal, using the similar field of vision he perfected in Sound of Music, and the depiction of the exteriors of the Hindenburg’s massive bulk, using both models, actual rebuilds of scaffolding and massive sets, as well as what passed for the 70’s of Green Screen, to put people into the sky inside a device no longer available to film-makers. Wise’s framing, in particular, is extraordinary, as is his use of cutaways and surprisingly effective shot use. Wise fills the scope ratio with detail, be it characters moving across the screen or rapid focus shifting between near and far field objects, and even now a lot of the visuals stand up to modern scrutiny. A lot of the wide, sky-bound shots of the Hindenburg have to be a model, but they’re integrated so well into the frame it’s nearly impossible to spot all the “edges” of the effect. Even in today’s high definition, which is astonishing. 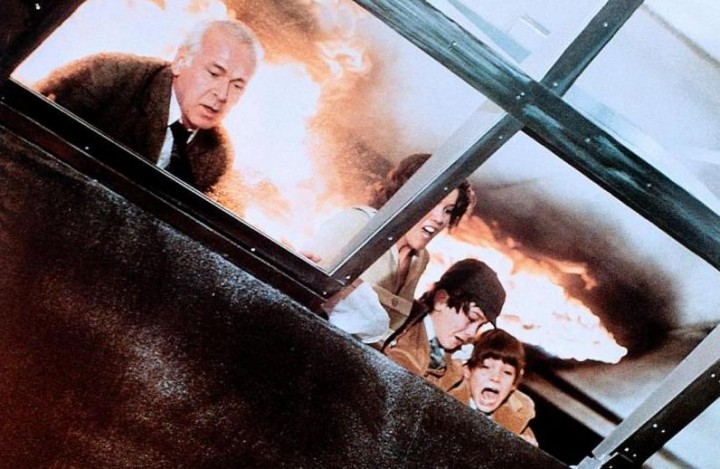 Perhaps the most well executed moment of the film is its ending, a ten minute sequence of destruction that integrates the actual footage shot of the Hindenburg’s destruction (which can be viewed on YouTube) with monochrome narrative work from Wise; it’s an effect that works superbly well to juxtapose the actual horror of what happened with the depicted fictionalized version interwoven between “moments” of carnage. The fact that the film stretches out the vessel’s total destruction from its original 60 second start-to-finish conflagration into an extended revisit to the outcomes of the entire main cast lasting some ten minutes or so, isn’t a problem, although the effect is jarring in some respects because we’ve become conditioned to certain modern storytelling mechanisms that allow for time compression or expansion, that aren’t available here. That said, the shift to black and white, and the legitimately brutal stuff Wise weaves into his film (a character ends the film collapsing, his entire back burnt off, a graphic detail I wasn’t expecting in a 70’s popcorn muncher!) makes the conclusion of The Hindenburg the most memorable aspect of the film. 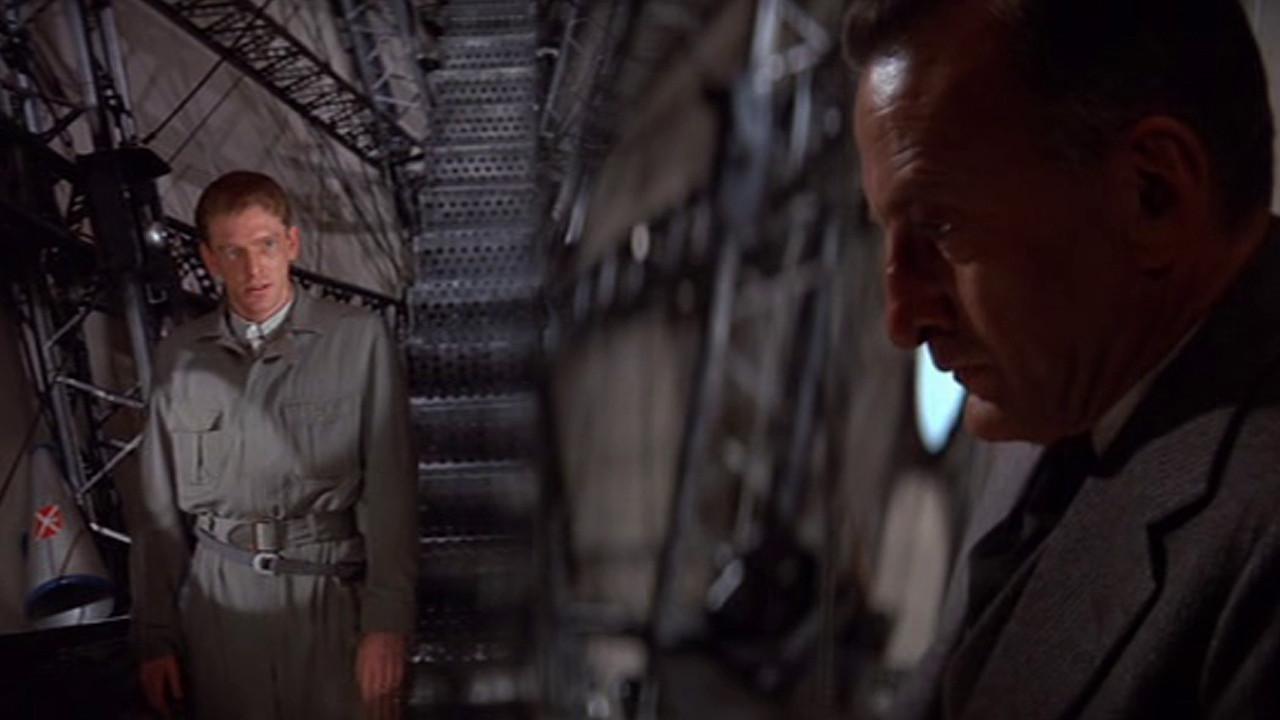 Whereas other films depicting real-world events often weave utterly fictional characters and things into their narrative to “heighten” the drama, The Hindenburg plays as if it’s trying to remain as legitimately faithful to the actual events. The film does modify names and composite characters, and adds a few fictional ones into the mix, but by and large it’s a step-by-step build up to the expected explosive conclusion the poster shows us. The Hindenburg is hamstrung by foreknowledge, unable to step out from behind the shadow of reality even though it works its ass off trying to do just that. Commendable ensemble performances and a high effects budget pay off, making the film legitimately tense at times, and altogether entertaining throughout. Plus, to see noted American actors playing Nazi roles, it’s definitely worth a look.