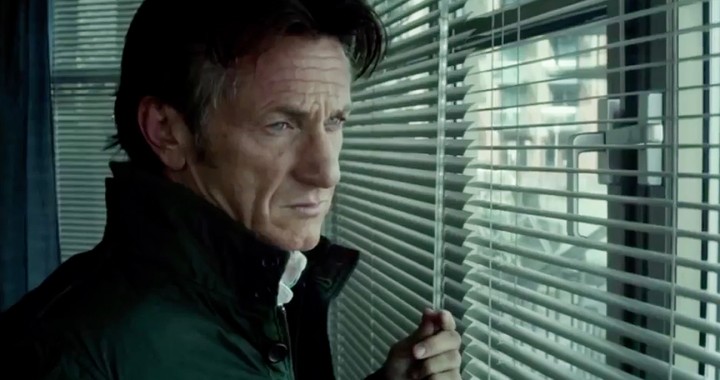 French director Pierre Morel’s hit action-thriller, Taken, rejuvenated not only Liam Neeson’s box-office clout, but the genre itself. In the years since, Morel has done very little (From Paris With Love gave us a familiar visual aesthetic, lumbered with conventionally idiotic storyline) but the waning appeal of the “elderly action star” makes approaching The Gunman, starring polarizing Hollywood actor Sean Penn, a nervous experience. Morel kinda struck a chord with Taken, a chord he hasn’t matched since, and while Penn makes a compelling character actor (Milk, for example, was brilliant), the man’s action chops aren’t exactly proven. The Gunman sees Penn play an assassin whose “past comes back to haunt him” natch, because once you’re in that life, the only way out is death; Morel’s no stranger to brutal action and bloody realism, so Penn’s natural presence with this kind of dramatic work is actually canny casting. But how does The Gunman take aim at its story and characters? Is it a bullseye, or a misfire? 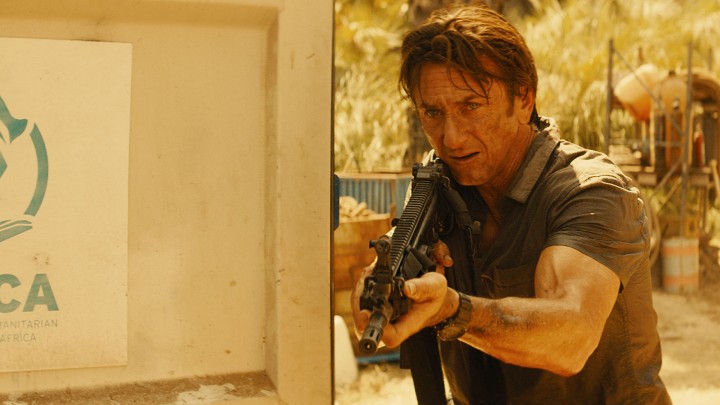 Penn plays Jim Terrier, an assassin trying to determine who is trying to kill him after years out of the game. Terrier, who works for an NGO in the Congo, is attacked by supposed rebels, only he discovers that they’re a hit-squad trying to murder him. Returning to England, Terrier meets up with old friend Stanley (Ray Winstone), and learns that he’s suffering from head trauma so severe, he needs to calm down and not take any more hits to the noggin. That doesn’t stop Terrier traveling to Barcelona, where he finds former associate Felix (Javier Bardem), who has shacked up with Terrier’s ex-girlfriend Annie (Jasmine Trinca), to ask him who put the hit out. Naturally, there are forces beyond Terrier’s control still trying to have him killed, and it’s only a matter of time before he’s forced to defend himself against some pretty dangerous people.

If nothing else, The Gunman might just be the most generic action thriller of 2015. Concussive action sequences feel emotionless, the plot derivative of a dozen other films, and Sean Penn woefully outmatched by an action director asking for more than the actor is able to give. The old “assassin hunted to be silenced for his past” routine is a rather dry well, and this film desperately tries to dig itself deeper in search of nourishment; although the external appearance of The Gunman’s pedigree is impressive, and Morel boasts an appropriate sense of action style, the film’s bloodless emotional weight, in spite of solid performances by both Penn and co-star Jasmine Trinca, hobble the film at almost every crucial juncture. 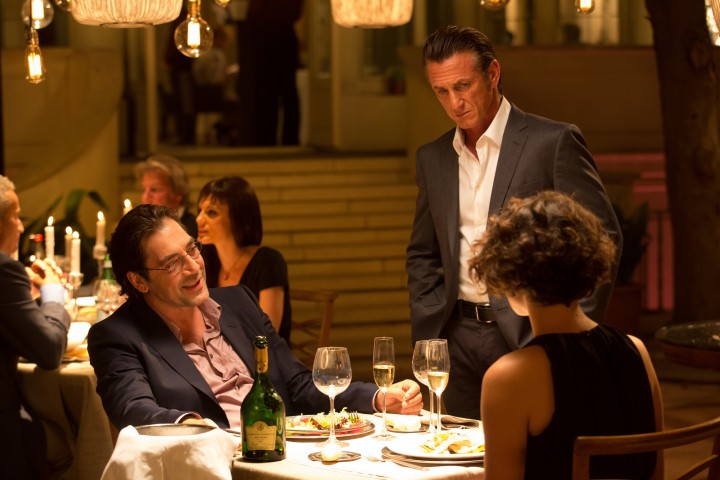 It’s not for lack of trying, though. At least Morel tries to inject some brutality and European grit to what is a bland plot. The Gunman’s visual tone, using dusky oranges and green shadows, casts the film in an insipid look that isn’t particularly appealing, although Morel’s use of framing is nice, and the edit is commanding. It’s a shame the characters aren’t entirely approachable – Penn’s Jim Terrier is arguably the film’s weakest aspect, as he mumbles and scowls his way through an unlikeable role. Penn tries to give his character some humanity, some emotional weight, but he cannot achieve it due to the generic narrative’s clumsy genre byplay. Jasmine Trinca is effectively useless as the “damsel” in distress, Terrier’s love-interest Annie, while Javier Bardem’s creepy, always-saw-it-coming bad guy routine lasts way too long for my liking. Ray Winstone’s “best bud” of Terrier’s, Stanley, is an equally grumbly, alcoholic character, and quickly becomes the “comedy relief” – such as it is – that The Gunman sorely needs.

I didn’t hate The Gunman, but then I didn’t like it all that much. What little tension there is, lacks heft without an emotional crutch, and the film lacks a convincing one. Jim Terrier isn’t a particularly likeable “character”, even with his love-struck subplot with Annie, and so every time he’s in peril one just has to think of his past actions and all that audience goodwill just washes away. The character’s inherent physical flaw, a brain damaged ticking clock, is an interesting device to use, but the film flops it about like a limp cock without using it well at all. It’s akin to Superman’s Kryptonite, in a way – everyone needs a weakness, but it does become tiresome quickly. That said, The Gunman’s routine plotting and empty vessel characters compound an already problematic entry into the genre with even more inane generic tomfoolery. The Gunman isn’t entirely a waste, but by the end you’ll be left wondering what all the fuss was about.

2 thoughts on “Movie Review – Gunman, The”