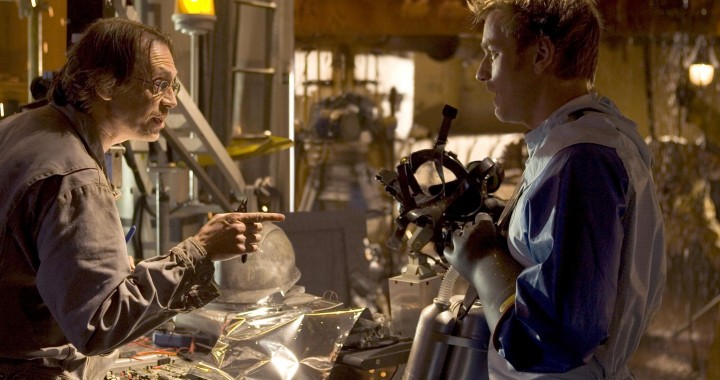 Director :  Michael Bay
Year Of Release :  2005
Principal Cast :  Ewan McGregor, Scarlett Johansson, Djimon Hounsou, Sean Bean, Michael Clarke Duncan, Steve Buscemi, Kim Coates, Ethan Phillips.
Approx Running Time :  136 Minutes
Synopsis:   A couple living in a restrictive post-apocalyptic community suspect all is not what it seems in the facility, and make plans to escape and make their way to the vaunted “Island”, where they’ll live happily ever after.
What we think :  Although featuring more charismatic pre-Transformers Michael Bay direction, and classy performances by both McGregor and Johansson, The Island’s mainstream flavors and erstwhile pulp fiction elements make it the most bland of all the helmer’s productions. Like vanilla ice-cream, it’s a flavorless if brave endeavor, and although not as horrific as Pearl Habor, certainly represents the director’s scattershot style doesn’t lend to straightforward dramatic storytelling.

Attack of the clones.

Before he tripped and fell up his own ass with Revenge Of The Fallen, Michael Bay had a legitimate claim to the label of a modern action maestro. From his debut with Bad Boys, the exciting Armageddon and the pulsating thrills of The Rock, Bay’s eye for action was – and remains – unparalleled. While Pearl Harbor could be seen as a violation of all that’s holy about American patriotism, and ranks as one of the post-Millennial epoch’s most reviled films, Bay’s consistent blockbuster bludgeoning of audiences with his rhythmic editing and energetic framing led to his attempt to tackle a more intellectual project than most people were used to from him. Using an enormously generic “escape from utopia” theme as a backdrop, and with a screenplay written by about fifty people (at least, it seems that way), The Island’s manifest destiny to entertain doesn’t quite live up to its potential to keep Bay from sliding back into his testosterone fueled style. 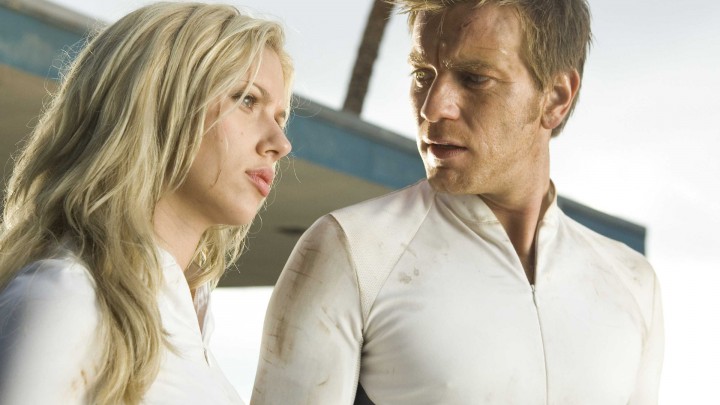 Ewan McGregor plays Lincoln Six Echo, a man living in an isolated community (not specified where) due to the belief that humanity has all but been wiped out by contamination. The community is ordered, civilized, yet underpinning a decidedly evil subtext. One of the community’s most anticipated events is a weekly “lottery”, where the winner is removed to a near utopian location known only as “the Island”, the only place remaining on the surface that hasn’t been infected. Lincoln finds this a little too convenient, and has begun noticing things happening around him to lead him to believe all is not as it seems. After meeting another inhabitant, Jordan Delta Two (Scarlett Johansson), Lincoln escapes into the facility’s internal pipelines, uncovering an enormous deception. Together with Jordan, they make their way to the surface. The facility’s controller, Merrick (Sean Bean), engages the services of mercenary Albert Laurent (Djimon Hounsou) to track the escapees down and return them to the facility.

Whichever way you look at it, you have to give Bay props for attempting to make his most serious film in The Island. While the latter half does return to the director’s visual flamboyance, the opening act-and-a-half are reminiscent of a 70’s pulp thriller, a noirish conspiracy theory template that amps up tension considerably. Ewan McGregor’s leading man presence is commendable, and for the first half of the film he brings back that Trainspotting style of anarchic surprise, but an action hero he ain’t. Although one could argue that his casting represents the most “everyman” character we’ve seen in a Bay project (not even Nic Cage could remove the muscular nerdiness from The Rock), McGregor looks utterly confounded by the latter half’s bombast and concussive impact.

Scarlett Johansson’s star was rising here, playing second fiddle to McGregor, but her character is one of the most well-rounded and, er, non-misogynistic of all Bay’s female leads, and although Bay still pornographs her throughout, she carries it off with as much dignity as is humanly possible. Just shows how classy she is as an actress, you ask me. Sean Bean plays the villain, a kind of Lex Luthor crossed with a Wall Street Banker, and although the role is a nothing for him, it looks like he’s having a load of fun. Djimon Hounsou once again essays a mercenary type, and chews the scenery with the glossy, sweat-beading endurance of an actor of his caliber. Bay alumni Steve Buscemi and Michael Clarke Duncan have minor roles that offer little but narrative flotsam, but it’s nice to see them again.

In spite of the story being as straightforward a sci-fi opus as Bay had attempted to-date, the film does collapse with predictable action tropes in the latter half (when Lincoln and Jordan escape to the surface, and learn that they’re really clones waiting for their originator to need their body parts); the film’s bludgeoning of the audience with car chases, shootouts and Bay’s signature shaky-cam and hyperbolic editing reduce the elemental themes of the opening half to little more than editorial offal. The themes of human identity and rights of clones are buried beneath camera tricks, visual effects and the shambolic hurdy-gurdy of a narrative hell-bent on obfuscating a lack of cohesive trajectory. Bay’s work on the action scenes is typically verbose, as energetic as he’s renowned for, but compared to the opening act of the film they feel disjointed and unwieldy. It’s as if two completely different styles of film have been slammed together in the middle, and the end result is The Island.

Look, The Island is by no means a bad film, and it does rank highly in the more entertaining parts of Bay’s early work, but the promise of its premise is rent asunder by cacophonous disaster late in the piece, as McGregor and Johansson seem swamped by things going boom instead of discussing the moral and ethical implications of their situation. The film’s promise of exploring these themes, in a modern sci-fi context, offered a brain-tingling dialogue pertinent to current scientific establishments, but alas, in the hands of Michael Bay, it’s not good enough for people to talk, when they could be yelling their dialogue in front of giant explosions and car wreckage.

4 thoughts on “Movie Review – Island, The”