What do they want? Hell if I know.

Ever since homo erectus clambered out of his cave with a club and went off to hunt meat, the male has often wondered what the hell is going on with women. Aside from the obvious physical differences, the vast gulf of emotional and intellectual disparity between men and women has often led to a long-held belief that men, being from Mars, and women, being from Venus, are almost incapable of actually knowing what each other really want. I mean, really. Anyone who’s ever been married will know what I’m talking about – that eye roll of “why do I put up with you” from the lady-love invariably means you’re either a) done the wrong thing, or b) thought the wrong thing. What Women Want presents man’s often circulated belief that women are strange and mysterious creatures; albeit, lensed through the hideous misogyny of Mel Gibson’s Nick Marshall, an advertising exec with a penchant for treating women as objects to be conquered or sexualized. 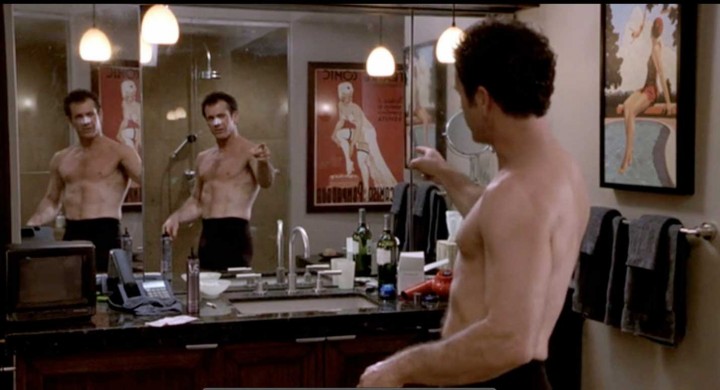 Marshall works for a Chicago advertising firm, where his boss, Dan (Alan Alda) has just hired a female industry star in Darcy McGuire (Helen Hunt), in order to draw more female-oriented clientele to their business. Marshall, a misogynistic, womanizing, chauvinistic pig of a man, resents the hiring, as it undermines his own ambition to become the firm’s advertising guru. After his daughter (Ashley Thompson) comes for a two-week stay while Nick’s ex-wife is has her second wedding, Nick is electrocuted whilst trying out female garments and products one evening: when he awakes, he finds he can “hear” what women are thinking. Initially terrified, Nick’s therapist (an uncredited Bette Midler) diverts his energies to “use his powers for good”. So Nick takes on the power, and begins to undermine Darcy’s career to further his own, although as he grows to know her, he begins to feel guilty about what he’s doing, until the power disappears and Nick has to fend for himself.

I admit, it’s been a few years since I sat down to watch What Women Want, and the thing that surprised me most about it isn’t Mel Gibson’s farcical acting (seriously, i suspect he was on drugs half the time filming this, his character is so ineffectually “slick”), but rather the glut of up-and-coming female superstars Nancy Meyers filled out her roster with. Aside from Oscar winners Helen Hunt and Marisa Tomei, the rest of the film’s female cast are a who’s who of current hot-property indie stars and A-listers – Lisa Edelstein, from House with Hugh Laurie, Judy Greer and Sarah Paulson dot the firm’s female employee roster, and “I know that face” cast members like Saturday Night Live legend Ana Gasteyer, Dina-Maria Riva (a respected film and television actress) and Loretta Devine (known to younger audiences as the Alzheimer’s afflicted wife of Dr Webber on Grey’s Anatomy) all make appearances. Hell, even comedienne Delta Burke and Superman star Valerie Perrine (Miss Tessmacher) provide female comedic chops to what is, effectively, a moral lesson for men about listening to the woman in your life.

While you’d think the film loaded with so many female stars would have an overabundance of estrogen, you’d be wrong to think that. What Women Want is primarily a guy’s film, albeit the kind of slap-happy masculine veneer through which subtle hints at societal misogyny lurk just below the surface, but as a souffle of comedic riffing and overt “fantasy” of what female writers think men think of women. Admittedly, part of the film’s plot requires you to believe Mel Gibson could be a total douchebag (okay, he is, but his charm here somewhat skews the expectation in light of more recent events), and although this is easier said than done, Gibson’s schizophrenic character seems more caricature than legitimate cinematic construct. 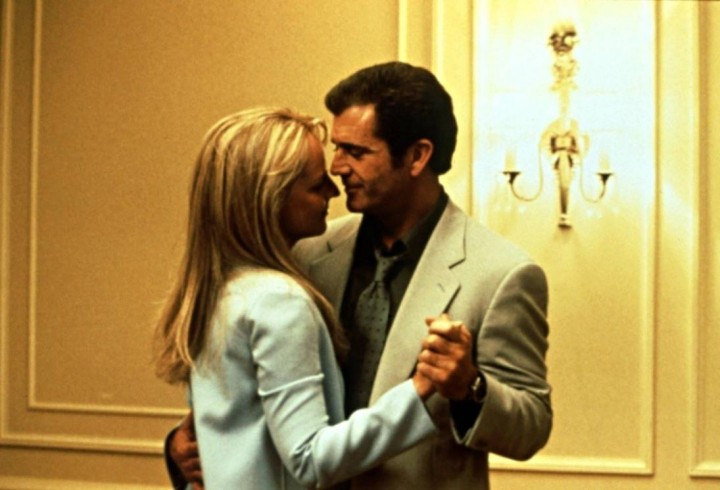 At times, Nancy Meyer’s direction aims to incite a farce with Gibson’s manic performance, a graceless thing that feels like it’s choking back so many sly winks to the audience. There’s no way a guy with Nick Marshall’s protruding excess masculinity would not be sued into oblivion by sexual harassment victims, so his behavior in this film does feel amped up just to hammer home the point we’re supposed to think he’s an asshole, albeit a lovable one. Marshall’s reliance on Frank Sinatra’s discography to reduce his female-centric aggravations, as well as his inability to connect with women at any emotional level at all (with the moderate exception of his teenage daughter), isn’t believable at all, but Gibson works hard to try and sell it as best he can.

Helen Hunt plays opposite him, as a supposedly hard-as-nails advertising exec with a point to prove, although Hunt’s performance lacks an edge as much as Gibson’s has too many of them. Hunt is better than this film deserves, but her chemistry with Gibson appears genuine, and she adds a certain heft to a film that’s otherwise as light as a daisy. Alan Alda’s CEO character is as flustered as always, Marisa Tomei’s breathless coffee-shop server is embarrassing to watch, and Mitchell’s male friend Morgan, played by a cliched Mark Feuerstein, made me cringe. Frankly, none of the men in this movie deserve to be in it, and more than a few of the women here are hopelessly romanticized versions of what we expect women to be like. More often, this isn’t the case. Keep an eye out for current hot property Logan Lerman (The Perks Of Being A Wallflower, Fury) as a young Nick Marhsall early in the film.

At a superficial level, What Women Want is charmingly entertaining for what it is, even though any attempt at examining the differences between men and women is left largely to the audience to read into any subtext they can uncover (there’s not a lot, unless you count Gibson’s legitimately hilarious sequence in trying on a bunch of feminine products, like lipstick, mascara, stockings, and the trailer-worthy leg waxing); in the end it’s a fairly hollow, saccharine affair that probably works against feminism more than it does anything for it. Gibson’s off-key performance, coupled with a dearth of narrative arcs worthy of the cobbled supporting cast, make this one-time classic rom-com less comedic and more tedious in the end. A least the Sinatra-centric soundtrack is nice to listen to.