It must have been something of a surprise for fans of comic book movies to see the release this week of two trailers, one for Batman V Superman, the other for Suicide Squad, which starred two characters who – until now – have always shared screen time in the same film. Batman and his arch nemesis, The Joker, are about to star in their own films (although, if you watch the Suicide Squad trailer carefully, you’ll see Batman atop the Joker’s speeding car at one point) independently of each other; a first for cinematic depictions of both characters. It may seem like keeping the two apart devalues their inherent dynamic relationship, a little like having Laurel and Hardy appear in independent movies, but Warners, probably led by DC’s creative mavens, have taken the chance that Batman and the Joker don’t necessarily need each other for the characters to work. 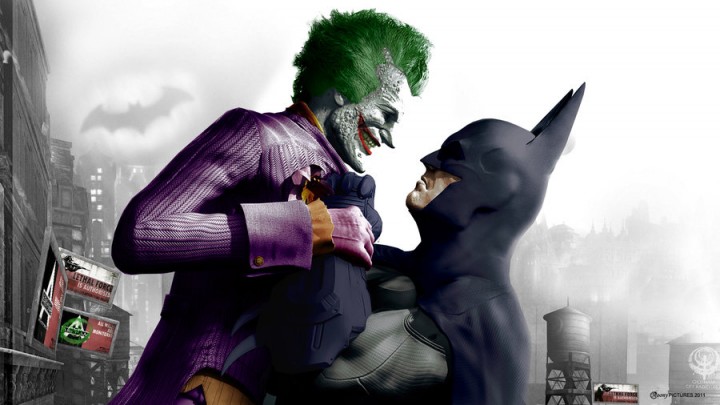 It’s safe to say that the Joker remains one of Batman’s most iconic adversaries. Comic book lore has built upon this since the character was first introduced in 1940, in the pages of Batman #1, and although various artists and writers have put their own stamp on the character, it’s within cinematic depictions that the role has taken on an almost mythic pop-culture significance. On screen, the Joker has been played in his familiar look by (to-date) four great actors – Caesar Romero famously refused to shave his mustache to portray the character in the 60’s Batman television series, while Jack Nicholson was a lock to take the crown in 1989’s Batman, directed by master of Gothic style, Tim Burton. Nicholson’s performance overshadowed the film to such a large degree he, like Marlon Brando in Superman, was larger than the titular hero, although Burton cannily allowed this domination to work for the story rather than ruin it.

Aussie up-and-comer Heath Ledger, who had recently been swirling about Academy Awards with his role in Brokeback Mountain, was cast as the Joker in Christopher Nolan’s gritty Batman Begins sequel, The Dark Knight, and there were many (myself included) who felt the actor was miscast or plain unable to wrest the character away from Nicholson’s towering performance. Of course, those fears proved unfounded, as Ledger turned in one of the most tragic performances of his career – he died while the film was in post-production, and would win an Academy Award for Supporting Actor posthumously, and remarkably became the Joker for an entire generation of filmgoers. 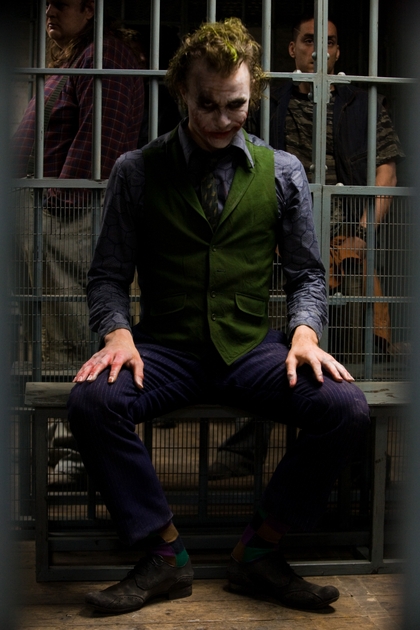 That was 2008 – cut to now, and the Joker has resurfaced on television, in the guise of Cameron Monaghan in Batman origin show Gotham, which is about to commence its second season later in the year. Parallel to that, and we have Oscar winner Jared Leto taking on the role in the upcoming Suicide Squad, the trailer for which debuted recently at Comic Con and online. While we’ve only seen Leto in photographs, and in about five seconds of footage in the trailer, it’s safe to assume that he’s going a different route to both Nicholson and Ledger, along the lines of one of comicdoms most famous depictions.

Batman, meanwhile, has enjoyed continued appeal since his debut in 1939, in the pages of Detective Comics #27. Multiple cinema and television ventures, as well as popular animated formats, have allowed Batman’s status as one of the preeminent heroes of our age to marinate and solidify in the public consciousness. Cinematically, Batman’s modern arrival came with 1989’s Batman (where Nicholson ripped the Joker as well), and spiraled down following Batman Returns, with Joel Schumacher’s lamentable Batman Forever and execrable Batman & Robin, in 1997. Following a 8 year layoff, Christopher Nolan’s Dark Knight Trilogy gave us a truly grim and gritty take on the character, before the internet damn near exploded when it was announced that Ben Affleck would assume the role in Zack Snyder’s Batman V Superman. Recently, it was also announced that Affleck would write, direct and star in a new Batman solo film (tentatively known as The Batman), to release sometime before 2020.

However, it’s in the comic books published by DC that the relationship between Batman and the Joker is most profound. While cinematic portrayals have been largely self-contained to within a single film, comics allows both characters to continually grow and develop through multiple storylines. Significant storylines involving the Joker have included “A Death In the Family”, the conclusion of which saw a public vote to either save or kill Batman’s sidekick Robin (Jason Todd, an unpopular replacement for the now-adult Dick Grayson everyone knew from the Batman television show) – the vote was to kill him – and the consequences of that event have echoed through the comic line ever since. 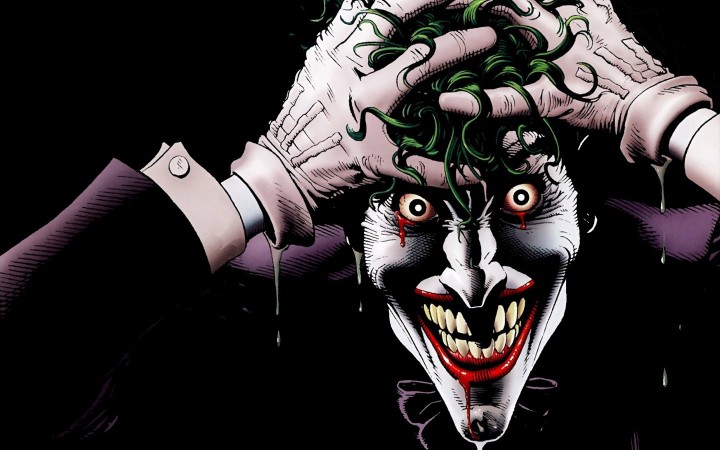 It would be 1988’s story, The Killing Joke, by Alan Moore (the writer of Watchmen) and Brian Bolland, that would utterly revitalize the character’s backstory and origin, and would influence the popular takes on the character we’ve seen depicted on the screen.

The Joker and Batman share a symbiotic relationship, it must be said. The Joker needs Batman, as much as Batman needs an arch-nemesis. Batman’s “no killing” code has led him to become conflicted during the Joker’s many, many rampages, often driven to the point of hostile anger that while he can’t kill the Joker out of a moral right, the Joker’s insanity and madness make him almost immune to the carnage he wreaks on Gotham through sheer psychopathy. Readers have often wondered why Batman doesn’t just snap the Joker’s neck – as the body count rises through the Joker’s hideous plans, wouldn’t his death negate all the evil, sadness and horror forever more?

Batman, meanwhile, is the polar opposite of the Joker – where the Joker is fueled by irrational impulses, Batman is steadfast and rational in his endeavors as a “detective”, deducing clues to solve crimes. This dynamic has often played out in comics, with a variety of writers bringing their own take on the duo, and a more recent storyline, “Death Of The Family”, saw a major rejig of the Joker’s appearance, even though it was clearly established that without each other, the characters become lesser for the absence. Both characters are born out of some tragedy – Batman’s is well known, while the Joker’s changes from writer to writer, from film to film – and both are contrasts in how to approach said tragedy within the human condition. The Joker represents a broken mind, a mind devoid of consequence, while Batman’s resolute, inscrutable training and intellect act as a counterbalance to the Joker’s mad plans. 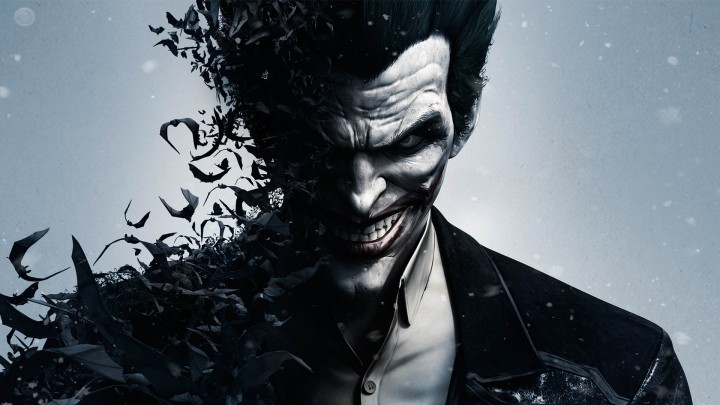 When people think about Batman and the Joker, they see them as something of an ultimate duo – Superman and Lex Luthor approximate similar ground in that sense, in that they both complement, reflect and defy each others traits and abilities and form a ying-yang sense of good versus evil. So to see both characters in separate films (again, not knowing everything about Suicide Squad, other than a “cameo” appearance by Batman himself, makes this assumption tacit on minimal interaction) is a surprise, although a welcome one. While both characters are immediately identifiable, and virtually a lock for audiences to connect with, how will they go apart from each other. Batman’s a given, really, because he’s been seen fighting other villains by the majority of the people, but does the Joker need Batman for validation in his character’s drive to cruelty? I think in this case, the Joker needs Batman more than ever, although I will say that I hope this isn’t how things pan out. 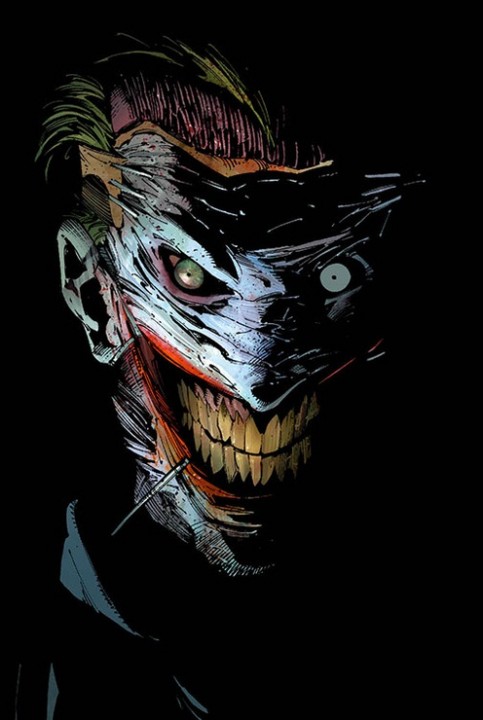 Are modern audiences ready to accept The Joker without Batman? Suicide Squad’s “team-up” ensemble, with fellow DC villains like Captain Boomerang (don’t laugh), Harley Quinn (a relatively modern character who has become the “girlfriend” of the Joker), Deadshot and Killer Croc, will at least give the Joker somebody to spar with verbally, if not conflict with at a physical level, and I suspect the Joker’s inclusion will cause more fractures and unplanned plot twists than any other character would accomplish, but without Batman’s stature of heroism to bounce off, will the Joker merely be a clown in desperate need of a circus?

My immediate answer would be sure, the Joker can more than hold his own as a solo character, or a fellow villain in an ensemble world. Trouble is, the Joker is so established, so entrenched within Batman’s cinematic lore, he’s more likely to overshadow his fellow characters than shine alongside them. The Joker has become such an iconic character, I’m worried actors such as Will Smith, Margo Robbie, and even the great Jai Courtney (chuckle) won’t be able to drag the spotlight off the green-haired uber-villain. How David Ayer handles his version of cinematic dynamite remains to be seen (it’s a long haul between now and August 2016, when Suicide Squad releases) but my hope is that the Joker will finally break free of the cinematic ties he has with Batman, and can stand solo for a while. If any character deserves it, it’s the Joker.

Batman needs the Joker. The Joker needs Batman (possibly moreso). Without the other, each would be lesser for the absence.