Following the success of her appearance in Wyrmwood, Bianca Bradey has achieved something of a cult following among fans of the zombie genre for her no-nonsense, kick-ass portrayal of Brooke. I, along with everyone I’ve ever heard speak about the film, have marveled at not only her ability to go the “action chick” route without sexualizing herself or becoming the typical “helpless maiden” cliche, but also at how assured she appears on screen alongside her numerous co-stars. I decided I had to see what else Bradey had done as an actress, and what do you know, there’s a web-series currently online in which she appears as one of four leading parts. But, dedicated reader, it’s not what I expected.

Anyone approaching Starting From…Now! (yeah, three ellipses are required) should know it’s a (to-date) three season series of episodes, each approximately 7 minutes long, exploring the complex relationships of four inner-city Sydney lesbians, written by, produced and directed by Julie Kalceff. Bianca Bradey co-stars as one of the women, alongside Sarah DePossesse, Lauren Orrell and Rosie Lourde, across the webisodes, and although it’s exceptionally low budget, starkly presented and filmed in an almost documentary manner, the series captured me. It took a few episodes, but it did. It got me good.

Director Kalceff described the lack of genuine portrayals of gay relationships within our society as the reason for her mandate to make this series, which is easily watched start-to-finish over the course of a single evening (if you so desire – each “season” runs around 45 minutes). To be honest, the term “gay relationship” is perhaps a tad disingenuous to the accomplishment of Starting From…Now’s unique frisson – exactly why we need to label people as things like “gay” or “straight” or “bi” has become a focus for discussion in light of Bruce’s transition into Caitlyn – so consider this series just about relationships, period.

The series sees Steph (Sarah de Possesse) arrive in Sydney having snagged her dream job (for some kind of firm), and bumps into Darcy (Rosie Lourde), the partner of her friend Kristen (Lauren Orrell). Kristen and Darcy are mid-way through discussions on having a child, and when Darcy reciprocates Steph’s romantic feelings, it throws their world into a spin. Steph, when she is initially rebuffed by Darcy, also meets Emily (Bianca Bradey), a co-worker with whom she starts a flirtatious relationship that sputters and dies once Darcy advances on Steph. Naturally, with all this drama, each of the characters has a moment to shine, as real-world relationships are examined in heartbreaking detail. 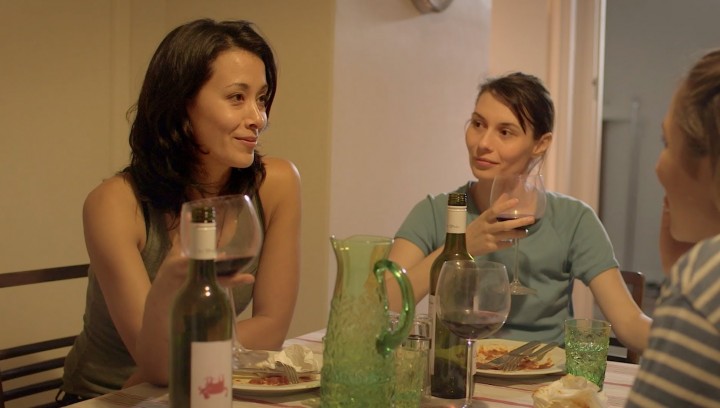 As the series progresses through its second season, the bulk of the story revolves around Lourde’s Darcy, her caught-in-the-middle tryst with Steph, and her solid-foundation relationship with Kristen, which appears less and less to be as cemented as it did initially, brings into her gravitational pull all the angst, all the raw emotion of a woman trying to figure out what she wants; her family life with Kristen, or a wild, passionate love affair with Steph, to whom she’s undeniably drawn. The first season spends a lot of its short running time setting all this up – the final scene in episode six is one of those jaw-open “Oh no you din‘nit” moments that leads into the train-wreckage of season 2, and it’s at that moment the series had me hooked. No, no spoilers. But through its heartfelt moments of tenderness, passion, anger and betrayal, Starting From…Now feels less like a drama series and more like a fly-on-the-wall documentary, it’s often that uncomfortable with its intimate portrayals.

Julie Kalceff has, together with her brave cast (more on them in a moment) crafted a searing, raw, emotionally truthful look into relationships of any kind, let alone gay ones. I hope I’m not underplaying the decision to portray this series through the lens of lesbian relationships, because I don’t mean to denigrate whatever led to this being the case, but if you strip away the labels I mentioned earlier, the series is just people doing what people do, and in this manner its unflinching honesty throughout each episode, which finds its feet about five episodes into the first season, racks up plenty of moments I just wished I could fast forward through. Most of this is to do with Kalceff’s writing, which is honestly one of the best parts of this show, but it sits heavily on the shoulders of the cast, all of whom do solid work. 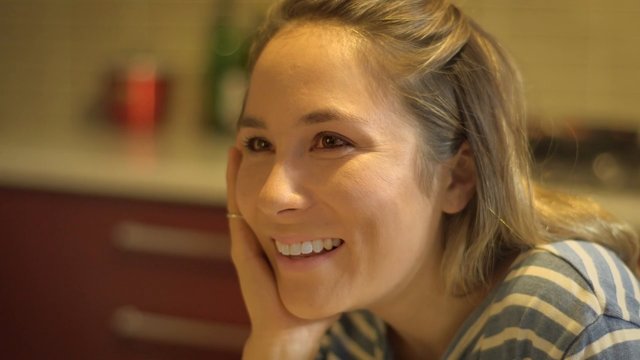 The trick with good writing is getting great actors to deliver it with the profundity it deserves. Starting From…Now’s cast are occasionally hit-and-miss with their performances, and a few supporting roles lack grace or the same realism of the main narrative (Steph’s boss, Trish, played by Linda Grasso, is gratingly ocker to the point of annoyance). Sarah DePossesse handles ingenue Steph with a sense of confused coquettishness, at least in the first season, before her relationship with Darcy takes flight. Rosie Lourde commands her moments on screen, both dazzlingly beautiful and with rough-edged sensitivity that I found compelling. Her chemistry with DePossesse is the heart of the series, IMO. Lauren Orrell’s waifish Kristen seems to lack resonance with me, perhaps due to the fact that she’s the “spurned lover” of the piece, and lacked a sense of genuine anger at the inevitable reveal (a scene where she plays opposite Lourde, in which they argue before tentatively reconciling, was a moment the series should have nailed, but kinda flopped a bit), while Bianca Bradey’s Emma sorta rocks up, slides in and out of frame, and never quite seems to “fit in” as anything but an outsider to the core trio. 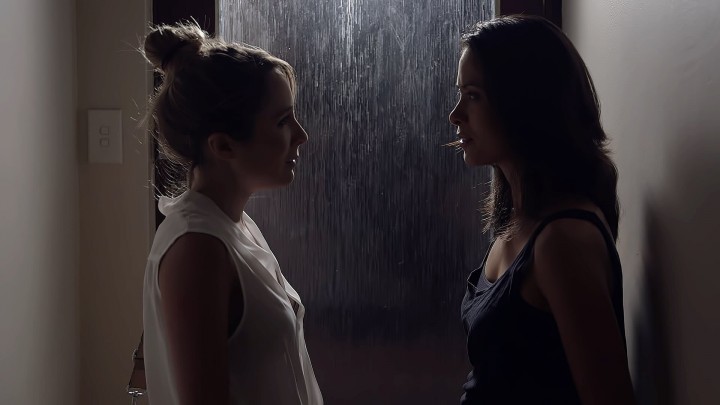 That said, the acting moves on a sliding scale of rancid to great, with focus on the great more often than not. Early moments in season 1 are high-school-juvenile level stuff, but as the first season progresses the cast seem to find their feet, and the show begins to form its natural style, as Kalceff brings out the best in both her own writing, and the cast’s performances. Part of the series’ aesthetic is its inherent low-budget style, with not a drop of ADR to be found and the dialogue all “real” on set – which provokes a sense of unfinished work initially, but actually enhances the power of the show’s more dramatic moments. You can hear the breathing, the rustle of wind and clothing, the echo of real-world locations, and it all seems to manufacture a stark contrast of reality within the shows angst-ridden demeanor. What I’m saying is that I found the stripped-back nature of the series style allowed the story, the characters, the emotion of the work to shine brighter.

If the fact I’ve written an entire article about a web series circling around four lesbians in Sydney’s inner suburbs hasn’t made you think that perhaps it’s a show worth watching – and it is – then let me make it crystal clear. Starting From…Now isn’t revelatory, or even ground-breaking from the sense that it portrays same-sex relationships any different, better or worse than heterosexual ones, nor does it even attempt to glamorize the lifestyle (if anything, it’s the opposite, in many aspects); the show is, at its heart, about people, and with solid writing and generally terrific acting (at least in Season 2 onwards) I can recommend it purely as a character-driven success. Consider me a fan impatiently waiting for the next season!

Starting From…Now can be found at the website here.