I’m calling it folks. Here and now, conventional television as we knew it has gone to the same place as Gwenyth Paltrow’s sanity and Nicole Kidman’s forehead control. Dead, buried, stick-a-fork-in-it dead. Thanks to the internet, and the rise of non-traditional media platforms (although calling it “non-traditional” these days seems to be painfully reductive) in the last few years has seen conventional cable and FTA television (and I’m speaking largely from an Australian perspective) fragment even further into oblivion, a dark abyss of plummeting commercial revenue and on-the-fly audience share that has cascaded into an avalanche of back-pedalling.

The Australian television market is an unusual beast in that it’s taken so very long to catch up to foreign market systems. Whereas once the continent’s Free-to-Air (FTA) market consisted of 4 analogue channels, which expanded to 5 after the Government decided to fund the national multicultural channel, SBS, now there’s somewhere around a dozen or so digital channels (although all are owned and operated by the original five analogue organizations), and still nothing’s on. And it’s only just become “popular” to multi-channel (it took us several years to finally switch off the old analogue signals altogether) content, of which it seems only Channel 7 does willingly with their football commitments on any regular basis.

Recently, US entertainment juggernaut Netflix arrived in our golden shores, a muscular hulk stripped of its vast bulk by a problematic schism of previously arranged broadcast rights and subjected to having its most popular shows – such as Game Of Thrones – available on competing streaming platforms instead of its own. Cable provider Foxtel, a subsidiary of Rupert Murdoch’s Fox Corporation, had snagged exclusive broadcast rights to the worlds most popular show, and so Netflix, which has the rights to the show in the US, lacked this considerable firepower when it arrived here.

This is indicative of the fragmented nature of Australian media platforms. The various television stations, like Nine and Seven, and to a lesser extent 10, have pooled resources into their own Netflix-like digital content providers, hopelessly and greedily keeping audience share low due to few of the good shows being all on one platform. In the US, if you want to watch GoT, Daredevil, and, say Justified, you go to Netflix. If you want to do the same here in Australia, you need Foxtel for GoT, Netflix for Daredevil, and Stan (which I think is a Channel 9 dealeo) for Justified. Channel 7 made their own with Presto (currently spruiking the Transformers Franchise, and the 2-season strong Rome series). In the US, you pay one price per month for almost all of your potential viewing, while here, you pay around $10 per month for each subscribed platform you need to keep up with our favorite shows.

Now, this pisses me off. Instead of having only 1 easy option, I now have about five. Does my f@cking nut, that. The only thing I’m pleased with is that gradually, ever so glacially, Australia’s television market has shifted paradigm completely, and the networks are struggling to keep up – and they’ve only shifted because they’ve had to, not because they want to. When you see the lights of an oncoming train, most people tend to jump out the way. Our television networks had a focus group first to determine if the train could stop in time (it couldn’t) and then if it was on the same tracks as them (it was) and then bail at the last minute.

Part of me thinks this continued fragmentation is bad for business. It is – the only people winning out of all this are internet providers who slug you for all the downloaded content (unless you’re like me, and have infinite data download because I’m with a subsidiary of Netflix’s Aussie partner, iiNet… yippee!). But what this demonstrates is that irrespective of where you live now, internet streaming and providers using this as a way of webcasting their content – be it original or not – is the way of the future.

It’s not like this hasn’t been on the cards for years, at least everywhere else on Earth. It’s just taken our vaunted media empires some time to adjust. They have adjusted, but badly. Sucks to be them, I guess. But what has happened in the last six or so months, since Netflix arrived and fundamentally altered the entertainment landscape here, is that the humble television (can’t call it a box any more, can we…) has morphed into something completely different, something new at a cellular level. And the baffled boffins at Big Town can’t seem to figure it out. A bit like those ninnies who think they can stop all piracy everywhere in one hit by collecting “metadata”. As if they even know what that is. 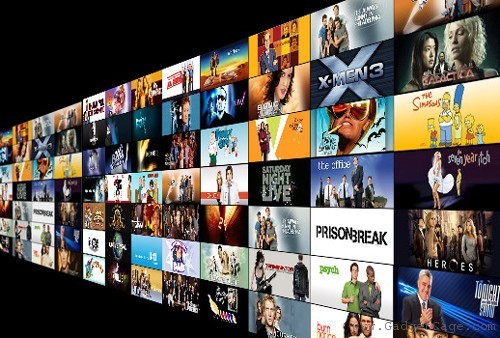 Binge watching has become the latest thing to do – nobody watched episodes week-to-week any more (and if they do, it won’t be for much longer), since now I can stream an entire season of first-run programming to my television and continuity of time makes it easier to understand. No more labyrinthine plots twisting out over four months of interrupted and time-shifted viewing. Now I can watch 10 or so episodes in a single weekend. Or, if it’s a show like NCIS or Grey’s or something, I can watch half a season in a weekend, and do the rest during the week! I’m not sure what impact binge-watching shows is going to have on us culturally, because it’s yet another of those “instant gratification” things I rail about to my friends when I start complaining about how slow my old dial-up pre-ADSL internet used to be.

About the only thing I watch on FTA television these days (I never got Foxtel, because f@ck that Rupert guy right in the jaxie) is my football, and the kids channel on ABC, which is commercial-free and paid for out of the taxes I’d pay if I was employed legitimately. Nowadays, most of my content is streamed or downloaded. And I’ve made the brave choice not to support the “local ring-in” platforms like Presto and Stan (who the hell came up with these names? Sounds like a bunch of hipster wank if you ask me!) and stick with Netflix’s solid service. While their range may be fragmented at the moment, if they continue to provide new and interesting content, I’ll back them in until my dying breath. Local providers here are only mimicking Netflix because they have nothing but straw to hold on to from their old, dying business model.

And we all know what happened to the little pig who made his house of straw. 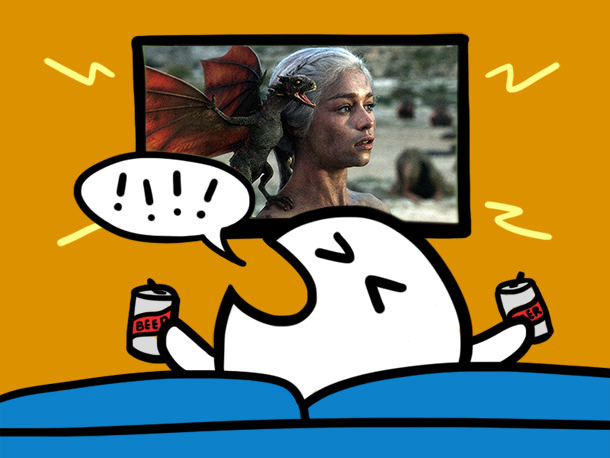