I’m no expert on international cyber-crime, but it strikes me that even in a far flung backwater location in a distant country, looking over your shoulder expecting somebody to know who you are would probably make you more noticeable than not. Blackhat is a tepid, violently kinetic misfire from the normally reliable Michael Mann. Mann’s previous films include Heat, Collateral, and the big-screen scrapyard, Miami Vice. Blackhat attempts to convey espionage at a terrorist level approximating a James Bond villain, yet ends up feeling like a dumbed-down version of NCIS for Dummies. Starring Thor himself, Chris Hemsworth, as well as a delightful turn from Leehom Wang (as Hemsworth’s one-time on-screen roommate), Blackhat’s intellectual tomfoolery doesn’t really fool anyone, amidst a barrage of often incoherent action set-pieces and several not-quite-shocking moments of absolute violence. 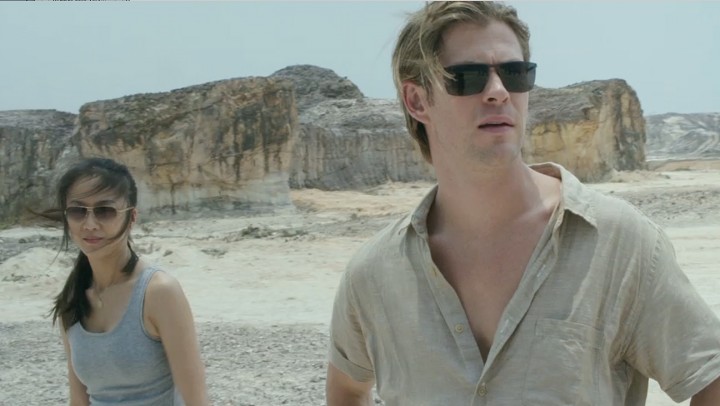 Hemsworth essays Nicholas Hathaway, a convicted computer hacker brought in by the FBI and the Chinese security agency to determine who, and why, caused a meltdown at a Hong Kong nuclear reactor. Hathaway teams up with a former computer graduate, Chen Dawai (Leehom Wang), and Chen’s sister Lien (Tang Wei), as well as FBI liaison Carol Barnett (Viola Davis) and US Marshall Jessup (Holt McCallany), as they globetrot using computer technology to track the clues to a mysterious player in the game of world financial terrorism. 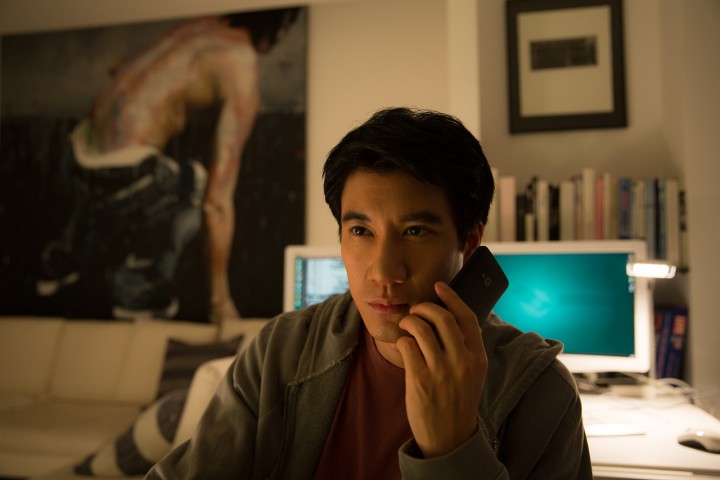 Blackhat is a film of two disparate narrative arcs. On the one hand, a straightforward tech-thriller that often plays out with sweet anarchic arrogance, if not for the rather inscrutable performance by Hemsworth as Hathaway. On the other hand, a clunky, almost requisite romance between Hathaway and Lien, which bafflingly appears both planned (within the film’s narrative) and overtly misleading. The two don’t mesh together well, and with Hemsworth’s opaque Hathaway trying to mix it with the fairly wooden Tang Wei, Blackhat simpers more often than it achieves its aim. 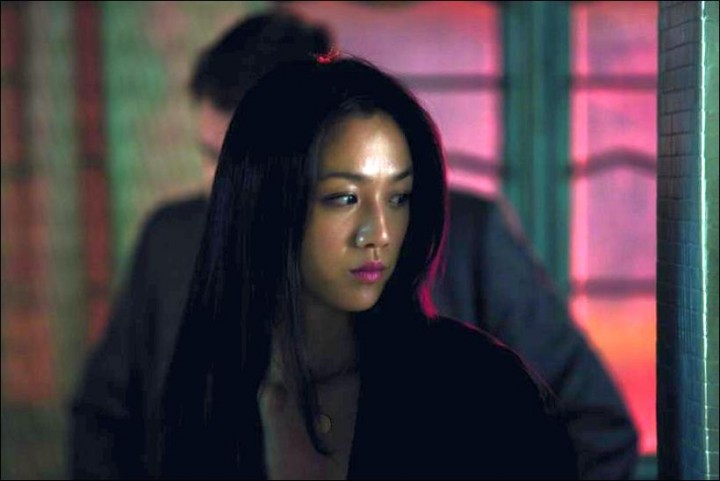 Mann’s direction is as layered in equanimity as ever. With his calm, guiding hand, Mann’s encompassing camera takes us into the rough-n-tumble world of international cyber terrorism, even though it can often be a discombobulating experience. Mann’s use of digital cinematography makes the film look flat and lifeless, and not in that desaturated drained-of-color way modern filmmakers seem to prefer. No, the digital immediacy of Mann’s work has been long gestating in many of his previous projects (the worst example of which was Miami Vice, while the best is easily Collateral) and he runs the full gamut of tricks here. While Mann’s seemingly relaxed way with the camera allows the film a sense of honesty, the screenplay and the central performances – specifically from Hemsworth – lack a core truth to them, almost as if the surface of this film could be pierced with a simple Google search on how to stop cybercrime.

Hemsworth struggles to find an identity in this, as a character with little background other than being “a computer hacker” who’s blackmailed into working for the FBI as a way of commuting his prison sentence. Although the script doesn’t really give him room to play with the role, Hemsworth’s limited range as an actor – c’mon, am I lying? – prevents him from generating much by way of genuine realism to the role. Unlike, say, Rush, here he’s befuddled by an ensemble who are only barely better actors than he is. His on-screen romantic interest, Tang Wie, is unforgivably wooden, her mangling of the English language making a possible romantic link with Hemsworth’s don’t-speak-but-English character as implausible as it is ineffective. Hathaway’s former roomie, played here by Leehom Wang, is probably the best character in the film, and Wang’s performance is a full level above the more popular Thor actor. Viola Davis and Holt McCallany provide extra Western faces to audiences in this venture, but offer naught but generic authoritarian stereotypes.

Understanding that Mann’s cause celebre is to film on digital stock, this makes his film feel more instant, more visceral. An unfortunate byproduct of this is that occasionally, it looks suspiciously like a very expensive home movie. Blackhat’s less forgiving washed out visuals make this even more overstated, and the resulting jarring imagery means I spent more time thinking about the movie as a movie, rather than as a story. Perhaps not every film Mann makes needs to be shot like a guerrilla filmmaker on the streets of Mogadishu. 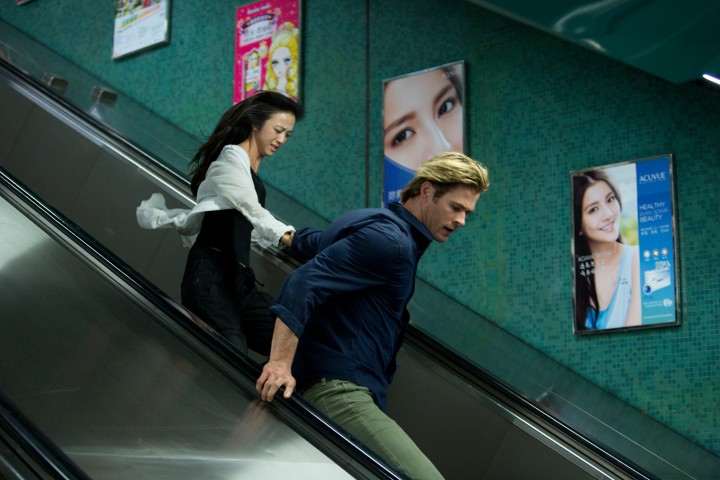 Blackhat’s two-hour running time could have easily been shortened to a solid 90 minutes, if it weren’t for Mann attempting to craft some misguided love-story within the framework of what would have been a great, punchy cyber-thriller if it was tightened up. As it is, it’s a meandering, often ineffective cyber-crime piece that strikes out more than it hits a home run. If you have nothing else to do, it’s okay in parts, but there’s other films you’d be better of watching over this.