Director :  Marjane Satrapi
Year Of Release :  2014
Principal Cast :  Ryan Reynolds, Gemma Arterton, Anna Kendrick, Gulliver McGrath, Jacki Weaver, Sam Spruell, Adi Shankar, Ella Smith
Approx Running Time :   113 Minutes
Synopsis: A likable guy pursues his office crush with the help of his evil talking pets, but things turn sinister when she stands him up for a date.
What we think : If I had to sum up The Voices in a single phrase, it would be “off-beat”. Creepy, well constructed, at times compelling, and always darkly hilarious, but mostly it’s off-beat. And terrific.

The Voices is right up my alley. Kooky, hilariously silly and downright creepy, The Voices sees yet another convincing performance from Hollywood whipping boy Ryan Reynolds that merely reinforces the idea that a lot of people in critical circles don’t know what they’re talking about. Reynolds sells the vibe of this film easily – as Jerry, the hallucination-riddled employee of a toilet manufacturing company, his Norman Bates-style facade is at times hypnotic to watch. Am I overselling this? Yeah, a little, but I really enjoyed The Voices a lot. If you’re into that kind of Psycho meets Cronenberg genre, I’m sure this’ll float your boat too. 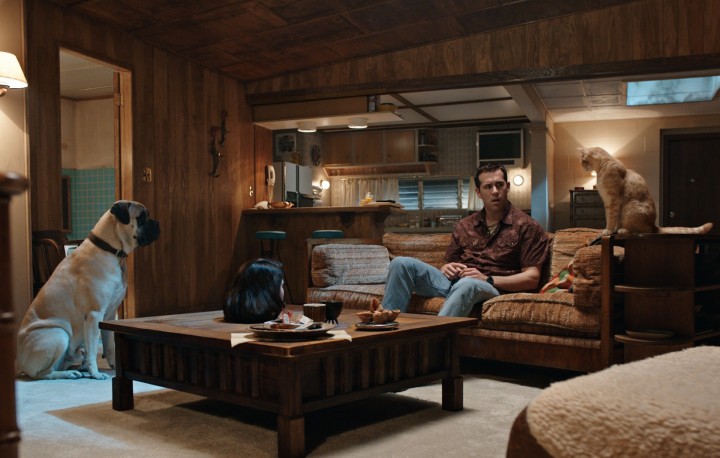 Reynolds plays Jerry Hikfang, an upbeat employee at a bathroom manufacturing company, who is asked by his boss to assist setting up the company barbeque. He meets Fiona (Gemma Arterton), a vain and selfish – but attractive – fellow employee who he wants to get to know. Unfortunately for her, and him, Jerry also suffers a rather acute series of hallucinations, which make him think his pets (and other animals) are talking to him. Naturally, their suggestions aren’t along the lines of flowers and fun times. After accidentally murdering Fiona when he picks her up hitchhiking one night (the film does this better than I am), Jerry decides to segment her corpse and hide the evidence. Naturually, the urge to kill soon strikes again, with another Jerry’s co-workers, Lisa (Anna Kendrick), in the spotlight. 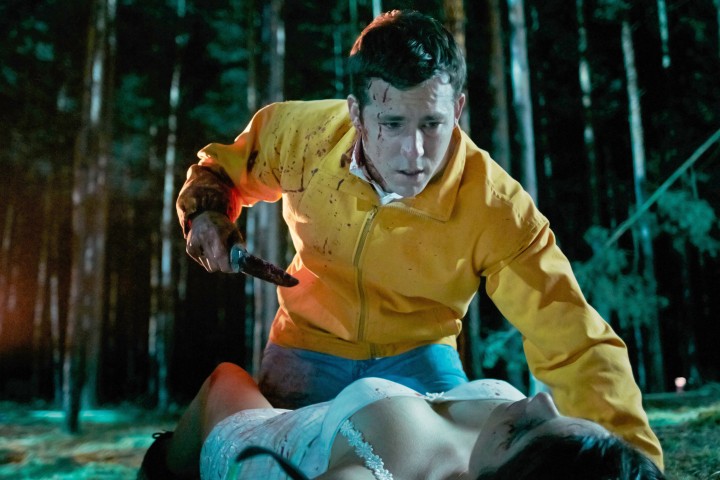 The Voices might be many things, but straightforward it is not. The premise is hilarious, the humor utterly black, and Reynold’s leading performance noteworthy in every respect. Now, The Voices doesn’t aim high, nor does it establish itself as a cult classic by any stretch, what it does is deliver a terrific script with spot-on tone and dynamite direction from Persepolis co-helmer Marjane Satrapi. The rather gruesome nature of the story, with body dismemberment being chief among the elements some might find off-putting, shouldn’t detract from the dark delight of allowing this murder/mystery/thriller/drama from playing out in its full magnificence. Are The Voices real? That’s up to you, but as compelling a performance in a comedic role like this, I’ve yet to see from anyone else.

Reynolds is lent considerable assistance from his supporting cast, notably Gemma Arterton as the rapacious Fiona, and Oscar nominee Jackie Weaver as Jerry’s court-mandated psychologist, Doctor Warren. Also along for the ride is Anna Kendrick as another of Jerry’s co-workers, Lisa. Kendricks plays zippy happy Lisa with a blaze of teeth and zest, like a blender filled with sugar, and she’s utterly charming, if a little dim. Jerry’s decision to not “take his pills”, as exhorted by Dr Warren lest he revert back to the state locking him up (a prolonged series of flashbacks provide Jerry’s tragic history) comes to bear as he slips slowly (or rapidly, really) into full psycho mode as his neurosis take over. 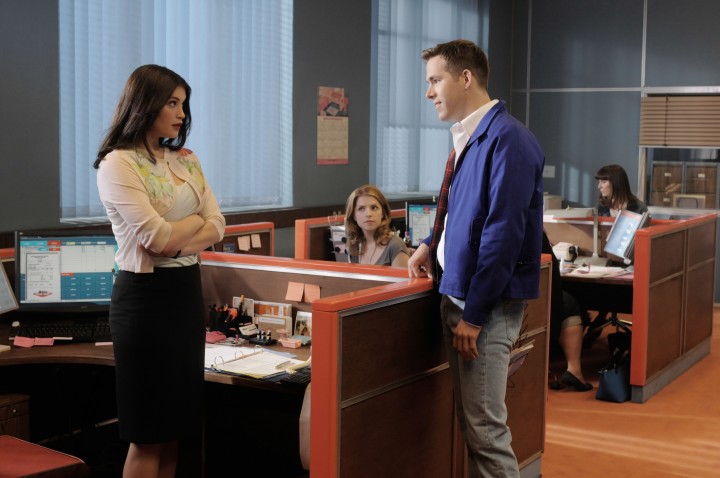 The Voices has a number of hilarious sequences involving Jerry chatting to his pets; a dog, Bosco, and an evil cat, Mr Whiskers (all voiced by Reynolds and utterly hilarious) provide the “good angel” and “bad angel” sitting on Jerry’s shoulders, and this dynamic between Jerry and the audience plays well, particularly with the cool effects of making a dog and cat (and later, a deer and a monkey bunny) talk on screen. Inasmuch as we should be repulsed by Jerry’s actions, the film makes rooting for the “bad guy” seem somehow normal. A bit like TV’s Dexter, Jerry isn’t so much “bad” as he is skewed to doing the wrong thing purely by accident, an accident like a rolling boulder slamming into people and houses at the bottom of a mountain. 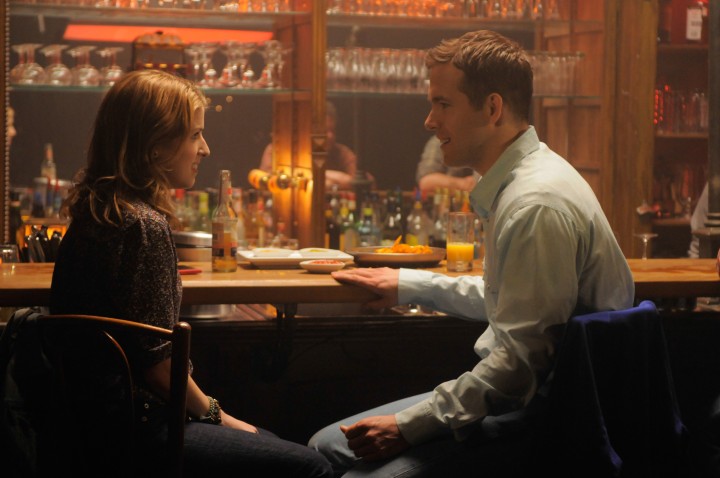 Now, I enjoyed the film. There might be some among you who won’t, and that’s okay. It’s not a film for everyone – perhaps not an ideal “first date” flick, especially. But if you’re after a film that challenges your notion of “entertainment”, I can recommend this movie purely for its shock value and weird, almost nonchalant horror aesthetic that evokes plenty of chuckles, if not outright laughter at times. That makes me a bad person.

For a far superior review, check out St Pauly’s blow-by-blow spoiler-filled review of The Voices.

6 thoughts on “Movie Review – Voices, The”