Today, the 1st trailer for the upcoming action film Point Break was released by 20th Century Fox. Anyone who grew up with films or knows anything about cinema will tell you it’s a remake of an old 90’s action flick, which starred the late Patrick Swayze and an early-career Keanu Reeves. Directed by The Hurt Locker’s Katherine Bigelow (one of the few women working then, and working now, in Hollywood’s directorial system), the original Point Break has become a cult classic thanks to its freewheeling energy, the charisma of its two leading men, and an iconic sense of the then-hot surf culture. 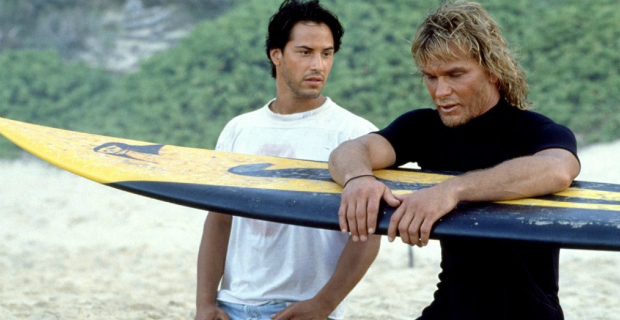 Cut to today, when “surf culture” isn’t quite as “laid back” as it once was to the mainstream, and the idea of surfers robbing banks isn’t exactly the kind of plausible story a screenwriter could concoct. The 2015 version of Point Break now sees a similar “infiltrate and uncover” theme played out against a backdrop of extreme sports and leaden thrills involving freefall. Led by Edgar Ramirez in the Swayze role, and Luke Bracey in the Keanu Reeves character of Johnny Utah, this Kurt Wimmer scripted “action thriller” looks like it’s ripped out of Vin Diesel’s xXx and James Bond, only without the heavy metal or the sophistication. Or James Bond. 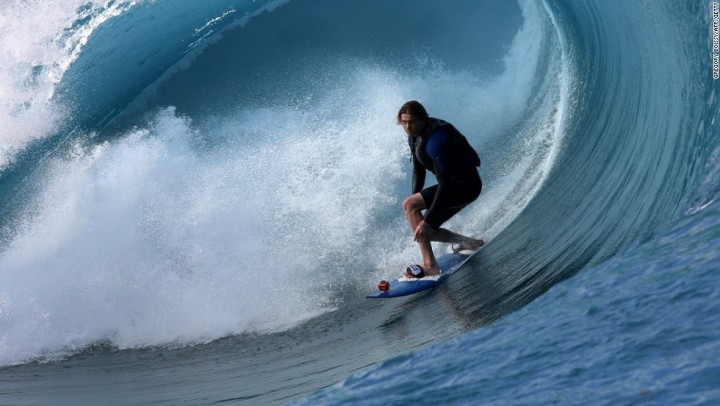 The precise reason Point Break is as blandly insipid in its trailer form as it is, can be put down to one thing. Filmmakers unwilling to acknowledge the reason why a film now considered by many to be a classic became that classic in the first place. Mostly, it had little to do with the action, and everything to do with the cast. Here, it’s like a Calvin Klein catalogue came to life (with the exception of the bullish Ray Winstone, which is about the only plus to be found in this crud) and just started skiing down a mountain. This trailer musters only superficial excitement, not for the people within the movie but simply the action beats it promises – motorcycles racing an avalanche, piles of money falling out of a plane in what must surely be the film’s opening heist sequence, and plenty of gravity-defying stunts that scream “Red Bull Sponsored This Movie”. 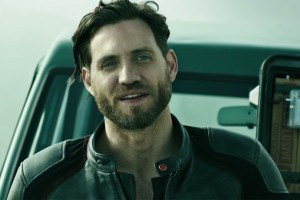 It’s a far cry from the original’s now-kitschy bromance aesthetic, and while some could explain that away as “a modern updating”, the question still remains. Why? Why did we need this? What was so wrong with the original that it needed to be brought forward into the new millennium? Are there that many Point Break fans out there clamoring for a new take, an update, or a reboot? Anyone under the age of thirty who has even seen the original to reference it with this new version?

It’s yet another remake borne out of the insatiable desire for a quick buck – a studio seeing some hint of financial gain from riding Bigelow’s coattails from the original, marketing it as yet another cookie-cutter slam-dunk action flick for teenagers and doing nothing but sullying the memory of what was, until now, a unique solo adventure flick that asked little of its audience other than to just enjoy the ride. This new ride looks like an effort. 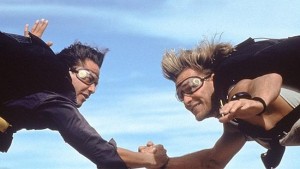 Why am I so negative towards the 2015 version of Point Break? It could very well be a great film (unlikely), and it could easily make back its supposed $100m budget. But I doubt it. Audience apathy towards it as a “franchise” will rob it of crucial foreknowledge and the cliquey intimacy of reprising characters, while the marketing machine can’t seem to make it about anything other than another X-treme Sports film with obnoxiously cavalier characters. I’m not saying the original was perfect, but at least Swayze and Reeves had a nice screen chemistry. This film feels like it was manufactured, and that’s bad. And it’s nowhere near Fast & Furious. 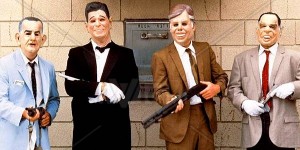 If you’re wondering why I name-checked Kurt Wimmer, it’s because his name on anything sounds alarm bells for me. Although he gave us the awesome action flick Equilibrium, Wimmer’s writer fingers are also over Sphere, The Recruit, Ultraviolet (ugh), Law Abiding Citizen, Salt and the Total Recall remake, so it’s hard to see how this film will be anything other than a total clusterf@ck. And let’s not forget that Ericson Core, the director (which sounds more like a phone company than a dude….LOL) is better known as a cinematographer, whose past major credits include Daredevil (the Ben Affleck film, not the Netflix series), Payback (with Mel Gibson) and the original The Fast & The Furious. I guess he knows his way around action and style, but hardly around character.

But look, let’s not be too harsh on Point Break’s remake-o-rama. I mean, we haven’t even seen the film yet. But, to make our point a little clearer, let’s stick both film’s trailers down below, and you can judge for yourself. Which of these films feels like a movie you’d want to watch, rather than endure? Sound off in the comments.