Back in the early 2000’s, when action films were still the dominion of Bruce Willis and Jackie Chan, a young rising star named Vin Diesel was about to dominate the landscape. Diesel, who had cut his teeth in mainstream cinema as part of the ensemble sent to find Private Ryan, and had jacked up as Dom in the fast-car franchise that won’t die, The Fast & The Furious, decided to leave the driver’s seat vacant on the latter franchise and head out on his own, with Furious director Rob Cohen in tow, on an ego-project designed to showcase Diesel’s screen presence and ability to shoulder his own movie. xXx, a lazily plotted, dreadfully cliched and utterly contemptible affair about European mafia and some kind of government conspiracy, is one of those bizarre mixes of genres that shouldn’t work, but occasionally does. Much like rapper DMX trying to become a “star” with shit like Exit Wounds, the execrable Cradle 2 The Grave, and Jet Li’s forgettable Romeo Must Die, Rob Cohen’s schizophrenic direction and use of persistently abrasive film-making techniques is either seriously stupid, or amazingly brave. And Diesel’s “star power” is at a low ebb here, as he sashays through one of the worst “action” films the early 21st Century would produce. 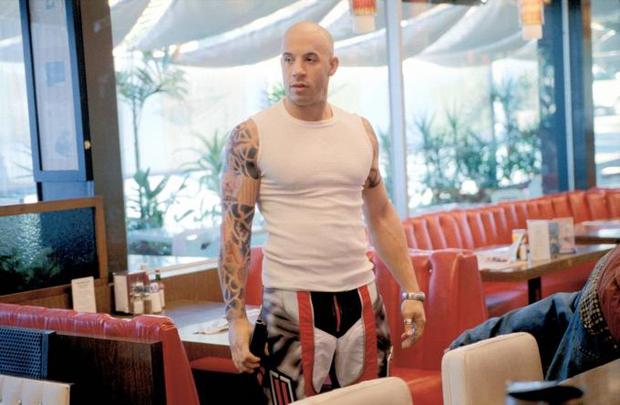 Curiously, the film has some nostalgia value for cinema fans. Yeah, you get an early Vin Diesel film, not a far cry from being a parody of an early Jason Statham film (or a recent one, lolz), but you also get an early appearance of Asia Argento, daughter of cult Italian director Dario Argento (unfortunately, she cannot act, #sadface), as well as a pre-Nick Fury Samuel L Jackson, obviously in a role he used as his audition for Nick Fury, because both that role, and this one – that of NSA Agent Augustus Gibbons – are almost identical in attitude and Jackson’s patented full-throttle-restrained-crazy. The film features some lovely location filming, including Prague (one of my favorite European cities), as well as plenty of spy genre cliches, including tech wizard gadgetry and a “Q”-like character explaining what they all do. Oh, and explosions. 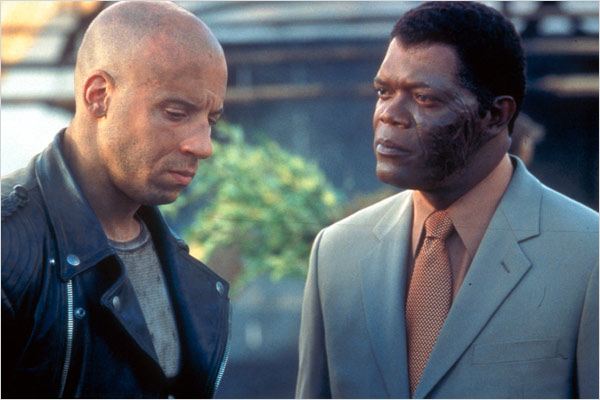 xXx is a film built solely on blowing shit up. It’s an irony of sorts that the opening ten minutes see the film’s lead character knocked unconscious no less than four times (!), although never when surrounding by increasingly concussive explosive detonations as everything from a Colombian drug-lab to a destroyed sports car are blown to smithereens under what can only be described as pyrotechnical excess. There’s a plot mixed in here as well – Diesel plays Xander Cage (because that sounds cool), an extreme sports loving anarchist who is finally caught by the NSA after a stunt too many; he’s given the mission by Gibbons to infiltrate a Russian gang run by Yorgi (Aussie actor Marton Csokas) who want to bring down governments using a mysterious biological weapon known as Silent Night. Blah blah, cue explosions, a stream of gratuitous near-nude “bitches” (it’s weird, but do all Euro-trash henchmen refer to skanky women solely as “bitches”? Because that’s so passe.) and plenty of utterly insane stunts by Diesel and the crew as they scale mountains, ski down them, engage in toppling a Colombian drug lord, and all manner of jaw dropping stuff. 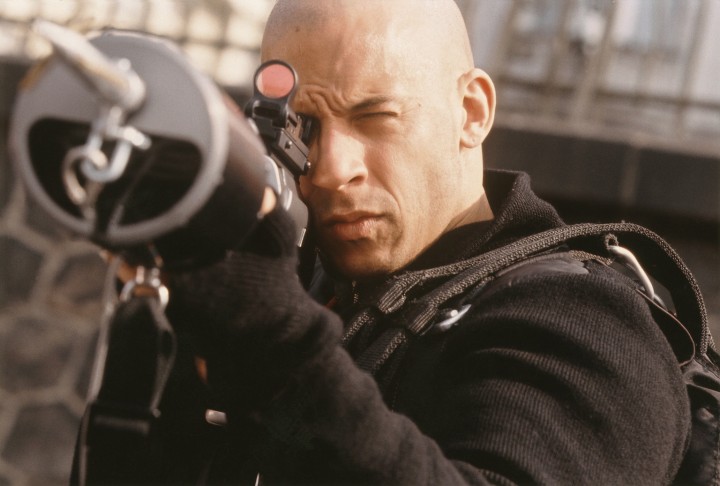 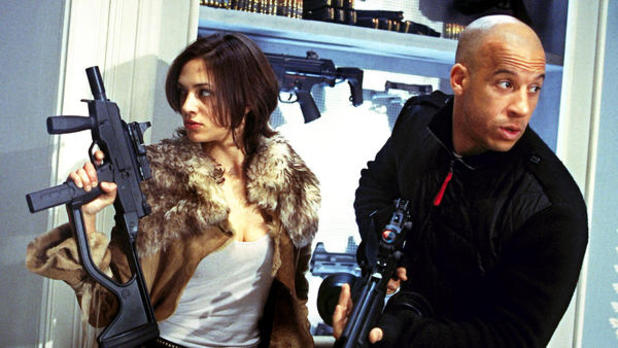