Director :  Brian A Miller
Year Of Release :   2015
Principal Cast :  Bruce Willis, Thomas Jane, Ambyr Childers, Jonathon Schaech, Bryan Greenberg, Ryan O’Nan, Colin Egglesfield.
Approx Running Time :  96 Minutes
Synopsis:   An android who becomes self-aware, and a cop embittered by the corruption of his city, team up to shut down a “theme park” designed to allow humans to let their deepest desires run rampant.
What we think :  For a film with so much potential, Vice is terrible. Nah, it’s just terrible anyway; there’s no redemptive qualities to this debacle. Bruce Willis sleep-walks thought yet another performance, Thomas Jane does his best “get the job done” cop archetype, and whatever Ambyr Childers did to the director to get a part in this movie, she should stop and quit now while she’s ahead. Vice is indeed a waste of time.

I’m not so sure about this.

Budgeted at $15 million dollars, this film looks like every cent was put into a bin, lit on fire, breathed in by the director, exhaled, and then Vice appeared. While a meager budget for a film with two legitimate actors in it (although Bruce Willis ain’t the draw he used to be – in many ways, he’s now become the exact opposite) is somewhat surprising considering the premise of the movie, Vice is so poorly directed, so poorly acted, and so poorly conceived, it’s little wonder Rotten Tomatoes has it rated at a grand total of 0% (yes, that’s zero percent!) after multiple reviews. Tells you a lot, that does. Inhabiting the same blue-tinged visual aesthetic that James Cameron popularized some three decades ago, Brian Miller’s resplendent turd of a film stutters, deflates, and crashes headlong into cinematic ineptitude, dragging viewers screaming along with it.

I’d like to say there was something original about Vice that made it worth at least a cursory look, but if I did I would be lying. From its outright appropriation of Westworld’s “adult fantasy theme park” conceit, to wholesale plagiarism with its central characters (Thomas Jane’s hard-nosed cop might as well have been played by a Blade Runner-era Harrison Ford, only without the hard nose), and its overuse of smoke-infested shadows and a dearth of world-building width, all adds up to a meager production. Vice is a charlatan film, a film stealing most of its good material, of which there’s very little, from a dozen better movies, and slinking around in the afterbirth of those better films, content to mire itself in inadequacy. 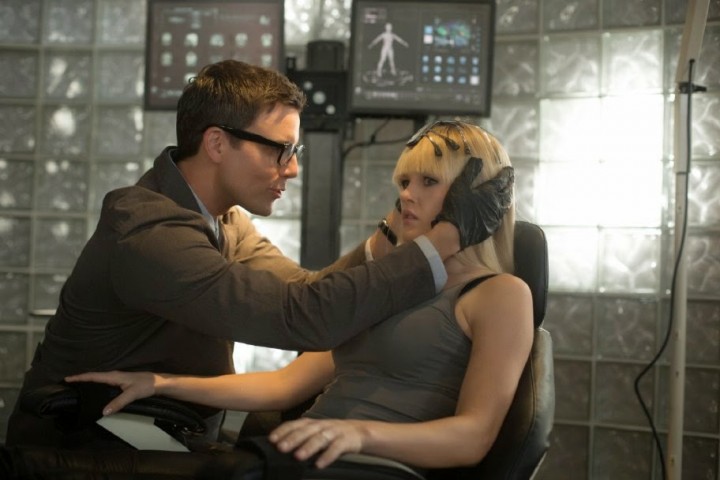 To save me time in telling you what this film is about, I’ve stolen the synopsis from Wikipedia: Businessman Julian Michaels (Bruce Willis) has designed the ultimate holiday maker resort: “VICE”, where anything goes and the customers can play out their wildest fantasies with artificial inhabitants who look, think and feel like humans. When an artificial robot, Kelly (Ambyr Childers) becomes self-aware and escapes, she finds herself caught in the crossfire between Julian’s mercenaries and a cop (Thomas Jane) who is hell-bent on shutting down the corruption of Vice, and stopping the violence once and for all.

Vice’s lazy screenplay, written by Andre Fabrizio and Jeremy Passmore, is as organic and soulful as Chibani yoghurt. Vice is a mess, from its violent and hit-n-miss adult style depiction of a modern “fantasy world” in the sense that people can go into this place and do whatever they like, without restraint, to characters lacking almost any sense of truth or believability. Thomas Jane looks shocked to even be in this film, he’s so befuddled. Bruce Willis just cruises through this shit like he knows how low he’s become – seriously, Willis has started to become the new Nicolas Cage of Hollywood, content to trash his legacy with utter garbage like this for a paycheck. His portrayal of Julian Michaels has the range of a steaming dog shit on the front porch.

Then there’s poor Ambyr Childers, the vowel-challenged actress who goes for any number of iconic female-android portrayals and comes up with zero nuance of her own. Childers is awful here, notably being even worse than most of her low-budget co-stars, many of whom seem to know what kind of movie they’re in and just give it the respect it deserves. But Childers – poor girl, her dialogue is execrable, her acting is limited to pouting and screaming, and running away, and the direction she’s given by Miller is confusingly inept. It’s little wonder her CV reads like a what’s what of bit parts, because it’s obvious those who saw what she had to offer were not prepared to ruin their film by giving her a major part. Vice proves them right. 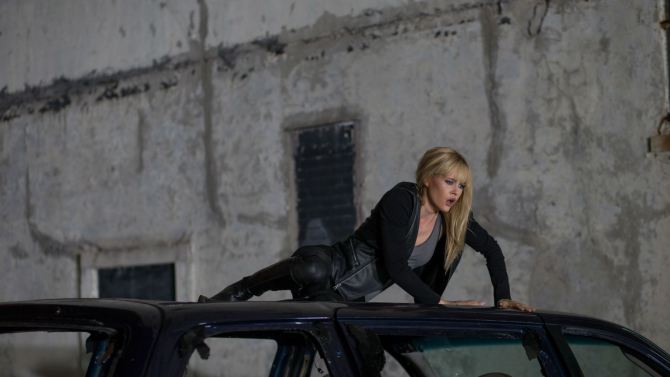 Miller’s direction ranges from inspired by other directors, and just plain old fashioned ineptitude. Illogical plot movements and scene transitions are handled with the dexterity of a quadriplegic with epilepsy, while the rank, melancholy blue-hued cinematography becomes wearying indeed by the hour mark. Action sequences range from horrible (an “escape” sequence, which sees Kelly escaping VICE and making her way into the city, is particularly poorly executed) to simply bland, energy-less affairs that do little more than string together character interactions. The film’s nasty undercurrent is exploited with almost embarrassed clumsiness by Miller’s camera, as he wavers between full nudity and obvious nudity, PG-gentle violence and outright carnage. It’s a strange mixture that does little to give the audience any idea that the director knows what he’s doing. 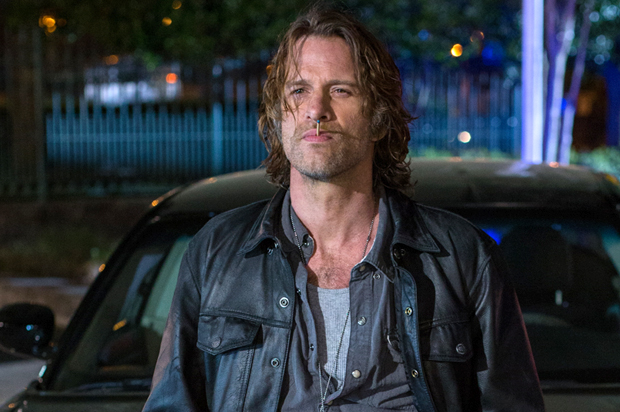 Frankly, I’m surprised Miller achieved as much as he did with $15 million, but even in saying that, as an investor I’d be a little annoyed that Vice is the end result. This film is just plain ol’ godawful, a hodgepodge of ideas around a stolen story idea and stirred by a director with almost no idea how to concoct an actual narrative instead of three dozen “action” sequences. Vice should be avoided, and forgotten immediately. It’s awful in almost every respect.