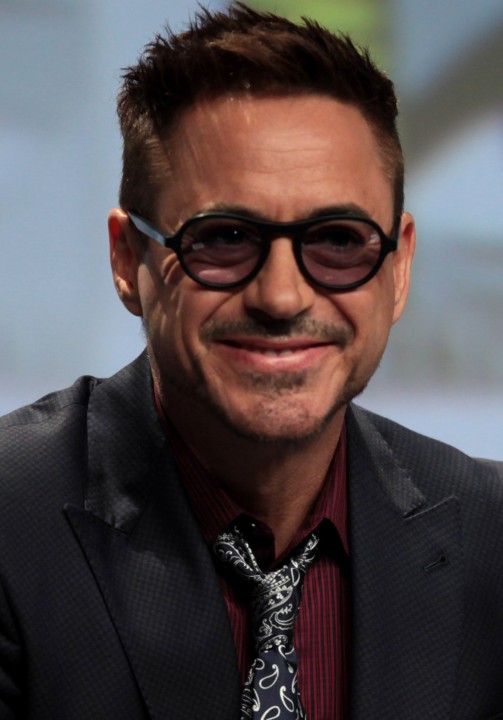 Superheroes have taken over Hollywood in the past 15 years, and the effects on the industry are staggering. It almost seems harder to think of an A-list star who hasn’t attempted a role in a superhero film than to list the ones who have.

Marvel and DC both have their cinematic empires; characters like the Hulk and Spider-Man have already been established and rebooted in the space of a decade; heroes are popping up on TV shoes and in Netflix series; and a recent article in The Verge even went so far as to say the Fast & Furious series has become its own brand of superhero saga, suggesting that the lines between ordinary action and comic heroism are blurring.

But with all that said, who are the characters that have stood out the most? Much as John Wayne owns the old western genre, or Sean Connery is still many people’s pick as the best James Bond, the sub-genre of superhero action will probably wind up with a single lasting face who defines the era in film. And with Avengers: Age Of Ultron about to be released as the biggest superhero project to date, now seems as good a time as ever to sift through the heroes and pick the most iconic one of the bunch.

Here are our picks.

Most hardcore Marvel comics fans would argue that Captain America is the most significant of the Avengers, and of course even his name implies he’s the de facto team captain. And yet when Marvel Studios cast Robert Downey, Jr. in the role of Tony Stark/Iron Man, they may have forever altered the perception of who the “main” Avenger is. Frankly, Downey, Jr. is far more charismatic and enjoyable than Chris Evans, who does a serviceable but somewhat stiff job portraying Captain America. Downey, Jr. is the bigger box office draw and the fan favorite, and for younger generations, he’s become the face of the Avengers—and perhaps the face of the superhero genre as a whole.

The interesting thing to see with Downey, Jr.’s future in superhero cinema is what happens to his character in Captain America: Civil War. This upcoming film will adapt a popular comic storyline in which the Avengers fight amongst themselves, and Downey, Jr. reportedly only signed on to do because he felt his character was “needed.” If the film pits Iron Man against Captain America, fans will finally have to pick sides!

Hugh Jackman recently set the Internet on high alert by announcing he’d just signed on for a last X-Men film, meaning he’ll appear in the upcoming X-Men: Apocalypse and a final standalone Wolverine film before quitting the role that helped to establish his career. That will have made nine films in total, and that’s assuming we don’t see Wolverine cameos in Deadpool or Gambit, two upcoming X-Men spinoffs.

Having done all these films, Hugh Jackman has somewhat surprisingly become the face of perhaps the most widespread series in the genre. In fact, his face has even taken over the iconic yellow-and-black mask we associate with the Wolverine in comic form. The Betfair Casino‘s superhero game selection is a telling reference in this regard. The casino features games for most of the popular Marvel heroes we’ve seen in cinema in the past 15 years, including each of the Avengers, the X-Men, etc. And while most characters are drawn into the games in masks or cartoon form, the X-Men games feature Hugh Jackman leading the way. The cinematic themes are meant to draw in fans of the genre to play the games, so it’s certainly interesting to see Jackman’s face used as one of the most recognizable images associated with the X-Men.

And then there’s Batman. Christian Bale is at a disadvantage for a few different reasons when it comes to becoming the lasting face of Hollywood’s superhero era. First, there’s the fact that the Christopher Nolan Batman films were recognized as much for their various villains as for the hero himself; Heath Ledger’s Joker and Tom Hardy’s Bane are as much a part of the series as Bale’s Batman. Additionally, there’s the fact that Batman is rebooted so frequently that no one face can take the role. While Jackman became Wolverine, in film, in gaming, and in most of our minds, Bale is already being replaced by Ben Affleck in an upcoming Batman adaptation.

Bale’s argument as the face of superhero cinema exists purely in the quality of his three Batman films. Check the ratings on Rotten Tomatoes and you’ll see that all three scored positive reviews from over 85% of critics. That’s pretty rare quality for superhero movies, and lends Bale’s Batman a certain level of prestige among his peers.

We won’t know who winds up lasting as the face of the superhero genre when the studios finally slow down with the reboots and adaptations. It may not be clear for another 10 or 15 years. But as of now, these look to be three of the leading candidates.

2 thoughts on “Who’s The Face Of Superhero Cinema?”