As with most things in life, going to the cinema is an ever-increasing cost to the budget that a lot of people can no longer bear. The proliferation of the ability to download a movie off the internet (legally or illegally) as well as shortening DVD/BluRay release windows, have given the general film-going public more choice when it comes to seeing their favorite films.

There’s no argument from me that the only way to see the big-screen blockbusters is to see them on the… er, big screen, as no amount of home cinema expense could rival a 50′ screen and thunderous loudspeaker audio reproduction, yet the gradual ramping of cost to see a film seems to be giving people a false sense of what’s going on down at the local cineplex. We’re constantly hearing about a variety of big-budget films breaking various box-office records, almost weekly these days, and yet I’d posit that this is driven by the increase in ticket cost as opposed to any increase in bums on seats. Cinema houses (at least here in Australia) cry poor at the little money they make through actual ticket sales, with the majority of their profits garnered by candy-bar sales and other promotional crud. Considering that a recent trip to see The Desolation of Smaug cost me $19 for a standard ticket (at Event Cinemas, no less), plus a bag of chocolate and a bottle of water (which cost me about 5 bucks…. for freakin’ water!!), going out costs a lot more now than it did even a decade ago. 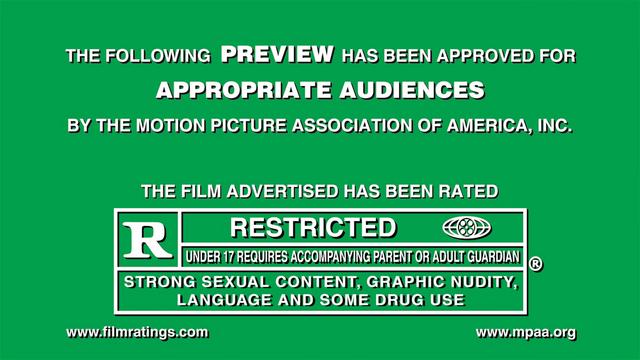 Now, I can swallow the rise of cinema tickets, since chains need to make money from the paying customer, and I can even disregard the rip-off merchant mentality of charging half a weeks pay for a large tub of popcorn and a syrupy premix of something labelled Coca-Cola but which plainly isn’t, but what I can no longer abide is the increasing intrusion of advertising and time-wasting during the standard pre-show run. Don’t forget, a lot of what is shown during the pre-shows (here in Australia at least) is already paid for by the advertisers, right? So not only have I paid for a ticket to see the movie, but advertisers have paid to have their advertising shown to a relatively captive audience as well. The cinema chains get two bites of the pre-show payment cherry.

What irks me is that I’m effectively being robbed of either money, by paying for a ticket to see pre-purchased advertising space, or time, in that I paid to see a movie to start at a certain time (which doesn’t) and have to wait the extra twenty minutes before the opening logo kicks in. Even worse, the trailers and advertising shown before my screening of Desolation Of Smaug ran for an eternity, a good twenty minutes or so before the film was scheduled to start. Film trailers, internal cinema house promotions, 2 commercials for New Zealand, several alcohol commercials, a few more film trailers….  Oh, I enjoy watching a good film trailer – we caught ones for Edge of Tomorrow, 47 Samurai and the new Tom Clancy thriller – but the advertising to local businesses, clothing labels and beer sales, and even repeated spruiking New Zealand (which makes sense considering where The Hobbit movies are produced) began to annoy a large percentage of the audience. Cries of “start the damn movie” are a good sign that the audience is getting restless, which is what we’ve actually all paid to see.

It’s this thievery of time – justified due to expenses and overheads, sure – that drives people away from the cinema. We’re too time poor these days (like it or loathe it) to want to sit through twenty minutes of advertising to see a film we paid a ticket to see, when I could just stay home, download it illegally and watch it without advertising. Convenience and sense of entitlement is a stronger driver than “doing the right thing” these days, unfortunately, and with cinema chains giving us more and more advertising to swallow before the film starts, is one of the many small things sending people back to the couch to just catch it on DVD or online.

Frankly, if I pay for a ticket to see a movie, I expect to see just that. The movie. I don’t want to, nor should I have to, sit through precious minutes of vacuous advertising, because the advertisers have already paid for it. If the film is advertised to start at, say 8pm, then start the movie at 8pm, and have the advertising on before that. That way, if I show up at five minutes to 8, and take my seat, I don’t have to sit through a further fifteen or twenty minutes of commercials before the film begins. This double-take by cinema chains is one of the key reasons why I’ve cut back on going to the movies, instead preferring the DVD/BluRay option. When the dollars matter, I’ll always take the cheaper option, where I can.

Do you agree with me? Am I out of line? What’s your opinion on pre-show advertising at the cinema? Rant away down below in the comments!