Last weekend (November 30th, 2013) the world learned of the passing of Paul Walker, star of the hit action franchise Fast & Furious. Walker was killed in a car accident in Los Angeles, in which he was the passenger. His death, a tragedy for all who knew him, worked with him, and his legion of fans, was met with the typically stoic sense of loss and praise for his life; however, as the world mourned, it also began to ask whether or not his passing would influence the production of then-on-hiatus Fast & Furious 7, the upcoming sequel in the franchise, due to be released in 2014.

Hollywood has a long history of having to deal with actors who pass away midway through production, or even once a film has been completed (case in point, Heath Ledger only barely making it past wrapping as The Joker on The Dark Knight, before dying of a drug overdose). The Crow, another such example, had to deal with lead actor Brandon Lee (son of film legend Bruce Lee), who was accidentally shot on the set of Alex Proyas’ seminal gothic masterpiece, and died. Thankfully for us, in both these instances, the films were able to be completed with only minor alteration, or in the case of The Dark Knight, no alteration at all, save for a re-shift on the marketing campaign to minimize the Joker’s presence so as not to make people uncomfortable.

The difference between those two films, and Fast & Furious 7, is that Walker’s death came at the mid-point of production. Crucial scenes with Walker’s character, Brian, had yet to be filmed. No doubt a lot of post-production work involving Walker was also still to be shot. Universal, director James Wan, and the entire production team faced the prospect of having a film which was, in all likelihood, unable to be completed due to the death of one of the leading performers. While Walker’s death was tragic, from a financial perspective it was a devastating blow…. or was it?

First, continue to film and work out a way of removing Walker’s character off-screen, in a way that made sense to the story as already partially filmed.

Second, reshoot many of Walker’s scenes with another actor, integrating that footage into material already shot, and proceeding with the movie.

During the week, word came through that Universal was seriously considering option 3. Bearing in mind that most studio films have insurance to cover significant problems such as the incapacitation (or in this case, death) of an actor, a set or critical footage being destroyed or lost, it made sense that Universal would just scrap the film as it was, and start again. In terms of monetary losses, the figure is vastly insignificant than the bile and anger the studio might face were it to proceed with the film “as is”, with fans divided as to how to properly send off one of the pivotal characters. After all, Walker’s death in a car wreck would be creepily similar to a possible “death by car accident” in the film, and there’s little doubt the backlash would be enormous. Not only that, but a sudden “and Brian left the movie without a word” scene would also ring somewhat hollow, considering how large a personality he was within the franchise.

If the “Start again” scenario is indeed correct, and does play out, this gives director James Wan and his team the ability to not only have a free second chance at the film, but to give Walker’s character (and to a degree, Walker himself) a more fitting, planned send-off. How that might play out, is anybody’s guess. In my opinion, the scrapping of the Fast 7 film as it currently sits would be the best, and most appropriate option. Sure, they miss out on the scheduled summer release in 2014, but I doubt anyone would hold that against them considering the circumstances.

In the old days, before social media and star/fan interactions, and the wave of instant communications, there’s little doubt a major film like this would simply have pushed on, and few people outside the industry would have been the wiser. Now, Universal’s decision has almost instant potential for either praise, or rebuke. They have to be careful which way they tread. Backlash might halt the franchise permanently. Universal don’t want that, because there’s too much money at stake. They also want to want to remain respectful to not only the cast and crew, but to the fans of the franchise, without whom the series would already have died away. The goodwill Universal will generate from this decision may fade slightly over the months to come, but the closer a version of Fast 7 gets to cinemas, the more people are likely to remember how they handled themselves.

If Universal do indeed decide to scrap Fast 7’s current production, and commence with a new story, a new take and a decent send-off for Walker, then I applaud them for it. It’s the right thing to do. It might cost them short-term financially, but in the long run, the foundation for future Fast films might just be laid in concrete. 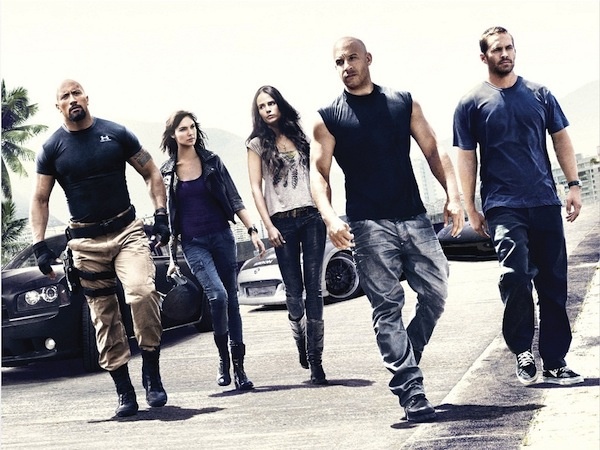