Why There Are Some Films I Refuse To Review…

Just what IS Yogi doing to Boo Boo? 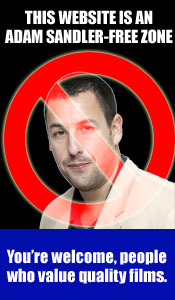