Director :  Martin Campbell
Year Of Release :   2006
Principal Cast :   Daniel Craig, Eva Green, Mads Mikkelsen, Judi Dench, Jeffrey Wright, Giancarlo Giannini, Simon Abkarian, Caterina Murino, Jesper Christensen, Ludger Pistor, Claudio Santamaria, Joseph Millson, Ivana Milicevic.
Approx Running Time :  144 Minutes
Synopsis:   James Bond, working as an agent of MI6, works to expose an intricate terrorism network by taking on renowned gambler and underworld banking figure, Le Chiffre.
What we think :  One of the best Bond films ever, Casino Royale remains as potent an action-packed and revitalizing entry to grace the franchise in its long history. Daniel Craig brings a brash, bruising Bond to the screen, keen to do less talk and more punching as he scours the globe fighting the good fight. Martin Campbell, who also rebooted the series with GoldenEye back in the 90’s, delivers a gritty, stylish film filled with humor, thrills and a genuine sense that Bond could quite possibly be killed. This film, perhaps more than any other in the entire Bond canon, deserves a place in any movie collection.

Have a listen to Chris Cornell’s rocking theme song:

We have already reviewed this film, Casino Royale, here. Please read our original thoughts and then come back to read these….

Okay, so Brosnan was getting old, the series had taken a turn for the campy, comedic style of 1960’s Batman, and Bond was beginning to literally run out of steam as a viable franchise. Given the series had been “revamped” for the new millennium barely a decade earlier, with the critically acclaimed GoldenEye, the Bond franchise had slowly developed a malaise of creativity that had climaxed with the lamentably stupid appearance of Madonna (yes, Madonna) in Die Another Day – and fans had had enough. While cheese and corn had been the bread-and-butter elements of Bond throughout the 70’s, modern audiences were less inclined to put up with shoddy CGI, terrible entendre’s and innuendo (delivered with increasingly obvious comic timing by Brosnan), and Die Another Day, while having elements of genuine cool about it, rocketed to the top of the “worst ever” lists in Bond history. So a rethink was in order, and Brosnan – seeing the writing on the wall, no doubt, left the role. In his place, British actor Daniel Craig, who’d appeared in a number of smaller films in his career, was tapped to portray the world’s number 1 secret agent. Fan outcry was instantaneous – “Blonde Bond” they screamed, all decrying the choice by Eon Productions to cast a relative unknown as the most famous spy in cinema. Casino Royale, to be helmed by Martin Campbell, was released with impending nervousness by Bond fans, anxious to see whether their fears about Craig as Bond would be confirmed.

Thankfully, Casino Royale turned out to be awesome. Bond was back, baby. Although there was no Moneypenny (figuratively), no Q, and a distinct lack of Bond bedding every woman in sight, Casino Royale was a monster success, with Daniel Craig silencing critics who thought he could never play Bond. Craig owns the role, portraying Bond as a strong, silent and deadly type who talks with his fists more than his mouth. He’s a muscular version, who gets bruised and battered the longer the film progresses; this Bond isn’t afraid to get all bloodied up, and do some bloodying up to get what he wants. Craig portrays Bond as somebody who is at least three steps ahead of his opposition, although considering this is the “young” Bond – the opening sequence sees Bond in his pre-00 status, completing a mission before achieving the rank of full agent – it’s to be expected that he is double-crossed at times. While I’d argue that Craig’s Bond seems too aloof for actual women to find him accessible to sleep with, his subtle masculine authority and the way he carries himself reeks of a “don’t f*ck with me” attitude that’s hard to avoid.

Judi Dench returns as M from the Brosnan era, and as usual provides solid support as the head of MI6. Eva Green, as Vesper, plays “the money” in this film, perhaps in a way compensating for the lack of an actual Moneypenny character this time round; Green is able enough, sparring with Bond verbally with the cheeky come-hither style the franchise seems to have turned into an art-form. Having said that, Green’s Vesper isn’t somebody who would fall for Bond so easily, and he has to work to gain her attention; the final third of the film, with Bond renouncing his 007 status and deciding to shack-up with Vesper and ride off into the sunset seems to come from nowhere (at least to me), although the script and the cast handle this sudden turn of events really well, well enough to avoid it becoming contrived. Echoes of the final five minutes of On Her Majesty’s Secret Service resound through Casino Royale’s finale, giving an added weight to Bond’s inevitable emotional chasm in the follow-up film, Quantum of Solace, although on its own here, is powerful enough to rise above the convention of the franchise. Bond doesn’t have long-term relationships.

Mads Mikkelsen stars as Le Chiffre, the Danish actor convincing as the terrorist mastermind behind a plot to make African dictators billions of dollars by influencing the stock market – Le Chiffre tries to blow up a new prototype jetliner in order to send the company’s stocks through the floor, only for Bond to succeed in preventing the explosion and causing LeChiffre to loose a fortune – of somebody else’s money. It’s interesting to see a Bond villain with limited success work so well – Le Chiffre is constantly on the back foot, barely a step ahead of Bond, and Mikkelsen plays the part with creepy, effortless ease. Love him in this. Jeffrey Wright, playing Felix Leiter (long term Bond fans will know this name has cropped up before), an American CIA agent, is always watchable, although you get the sense that just because the CIA and MI6 are after the same guy, doesn’t mean they work together. The subtle underlying lack of trust between Felix and Bond – and by extension the CIA and MI6 – is interestingly developed, leaving just enough unsaid to create uncertainty for the audience. Italian actor Giancarlo Giannini suits up as a local “retired” cop, Rene Mathis, who works to help Bond catch Le Chiffre during the iconic poker tournament the film is built around. His role seems bigger than it is, although a switcheroo late in the films’ narrative, in which it appears Mathis is working for Le Chiffre (but perhaps isn’t…?) feels confusing and poorly explained.

Speaking of the poker match, Casino Royale builds a fair bit of tension in this sequence, which last for the majority of the middle portion of the movie; you’d think an hour of people playing cards might be boring as hell (and if you ever came to a poker night at my place, you’d be right!) but here, Martin Campbell elevates the multiple plot threads, sidebar action sequences and cut-and-thrust of serious cardsharking to a new level here. There’s numerous poker-face routines on display here, with newbies and card game ignorants kept in the loop by Vesper and Mathis’s constant exposition to what’s going on aiding the narrative to propel itself. Campbell knows how to structure a scene, be it folks talking and postulating, or a major action sequence such as the parkour one in the post-opening credits sequence. In particular, this sequence really stamps both Craig’s and Campbells brand all over the franchise – Craig’s pursuit of his quarry, a bomb-maker named Mollaka (played by actual free-running champ Sebastien Foucan) is brutal, swift and death-defying. Whereas Foucan seems like a gazelle as he leaps, dives, slides and outwits Bond, Craig’s Bond feels like a doberman by comparison, focused on overcoming whatever obstacles come between him and his prey. He’s dogged, uncompromising, and so obviously out of his class that you think “he can’t possibly catch this guy”, but with a little subterfuge, he does. It’s a bravura opening scene and sets the bar high for anything coming after it.

One of the more mysterious elements of the film is the appearance of Jesper Christensen as a man known as “Mr White”, whose constant references to “the organization I work for” are never resolved in this film. At the time, audiences were unaware of just how he fit into the sequel, Quantum of Solace, a few years later, but watching this back it’s nice to see some forethought going into the Bond franchise to create continuity through a series of films. Mr White’s ultimate fate wouldn’t be seen until Quantum, but it allowed Casino Royale to conclude on a cliffhanger of sorts that would keep audiences guessing.

While the emotional resonance of the film depends on your acceptance of the Bond/Vesper relationship, which itself will depend on how you perceive the two performers’ respective chemistry, the film never really depends on it greatly to maintain interest. Campbell’s ability to navigate both the personal and the professional of Bond’s world, and the script’s ability to bring both together so well, is testament to the quality of the production team. Without such a taut, simply constructed story, and Campbell’s eye-catching direction – direction which, I might add, never draws attention to itself by being overly obsequious, but rather just captures the action and gets on with it – Casino Royale might have been a different kind of film. As it stands, it remains one of the franchise’s most refreshing, most magnificently plotted, most accomplished all-round entry. If you could only have one Bond flick in your collection, make it Casino Royale. 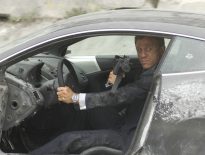 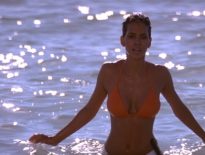