You stare at it, that pulsing little cursor, as it dwells on the first line – justified left – of a blank blog post. Emptiness inhabits your mind as you begin to question the very reason for opening a new post template in the first place. The keyboard sits before you, a knobbly plastic black hole of thought and construction, willing you to pound on it like some sadistic come-hither techno-whore seeking satisfaction. What to write? A question, often asked by even the most dedicated of blogger, that can lead to minutes and hours of cerebral farting which may, or may not, end up with content to throw up on your site. You know it happens. You know it. As a “blogger”, which is nowadays the pulp version of a serious commentator on something specific – music, movies, celebrity gossip – we often find ourselves sitting at our computer staring blankly at the screen, or turning around to watch whatever the Better Half is watching on the telly, or even getting up to make that coffee you said you would twenty minutes ago.

So why do we torture ourselves this way? Ostracizing social life for the blundering enormity of online commentary about stuff a hundred other folks probably have better opinions about? There’s thousands upon thousands, nay, millions of other websites out there also putting their opinion on the topic du jour – in our case, film – and it stands to reason that in all likelihood, our own words will simply become lost in the hubbub. We might be the next Stephen King or Dan Brown (God forbid) and people might not know it! And for what? For five or six unique comments from people living in another country who may or may not even have read your stuff? The fact that our work may go completely unnoticed should make us crazy; we are, after all, human beings, and human beings crave at least the most tacit amount of recognition from our peers, and for this not to happen when we pour our heart and soul into a work goes against the grain like reverse-stroking a kitten. 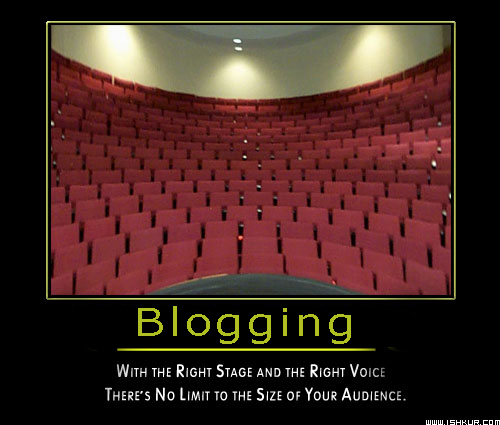 I’ve been an online blogger since 2007, when fernbyfilms.com first came online, although I’ve had an online presence since the early 2000’s, when I used to write for a now-defunct Adelaide-based DVD sales website. Not only do I write here in this forum, but I’ve also written stuff for fellow blogger sites such as Front Room Cinema, Top 10 Films, and The Bar None (the latter of which is my muse for more adult-oriented thinking), while I count myself lucky to have previously written for LA based Hollywood film site, Movie Smackdown. I’ve made some good friends along the journey, and consider us all a bit of a close-knit community of like-minded individuals striving to impart our wisdom (good or bad) on society and the lives of others.

But what drives us to do this? Surely not some sense of accomplishment – unless you update your site content regularly, even the most awesome blog will wither and die, which means your blog is like a raging river that requires constant supply, meaning your work is never truly finished. This leaves little room for that sense of accomplishment, because you have to keep going! Is it some kind of pride, a narcissistic tendency to want to be seen to be seen? Or is it just an outlet for a passion you have, a passion you just have to let loose upon the world in one form or another? In my case, it’s because I love this format. The ability to convey my thoughts about something I love to anyone – everyone – anywhere around the globe. Not just a close circle of friends, or just my family, but the entire world. People say the world is getting smaller, and humanity is becoming more isolated as a result of our facebook-mentality to spend more time social media-ing than actually having…. a conversation. I say the world is getting larger, and we’re able to converse with folks further afield than just those we can drive to visit. You can chose to agree with my opinions, or not, but the beauty of the internet and the commonality we have with our love of films, is that no two opinions will ever really match, provoking dialogue apropos to our opinions.

Case in point: my mate Scott Lawlor, who runs Front Room Cinema out of his home in the UK, chats with me on a regular basis about all things film and life related. Not just a quick email here and there, but we have evenings/mornings of online chatting about stuff (mainly about how he’s an undiscovered Android app creator!) and had it not been for our mutual appreciation of films and home cinema, then we might never have ever met. The Blogosphere (which, to my mind, is a terrible term for what this… thing has become) has allowed a greatly expanded examination of the things that make us human – our thoughts, hopes and dreams, and while we might often disagree about things, there’s no doubting the magnificent world we’ve created for ourselves is indeed one magical, thought-provoking place to exist. 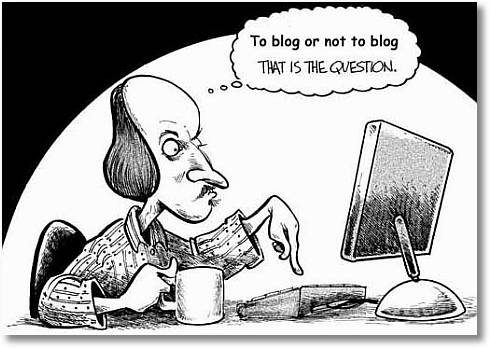 Personally, I write this site for the love of writing, perhaps a love greater than even my love for cinema. Now, I f***ing love movies, let’s be clear about that. I can’t stress this point enough. But writing about them…. it gives me a freedom to say what I think in a context I can control. It’s my personal diary, my singular expression of myself – and I’d say the same applies to those of you reading this who write their own blog content. If you disagree, you’re kidding yourself. Our own Blogs are extensions of ourselves, and as such, we pour our heart and soul into them when the mood takes us, or walk away when we’re barren of thought. We hunch over our keyboards, tweaking and tinging the look, the style and the content until we’re happy it’s juuuust right. The night slips away and the next thing you know, dawn breaks through the window and you realize you’re about 30 minutes away from having to get up and go to work. Damn that other life.

I write not to gain recognition, nor to garner plaudits and a sense of achievement from my peers (although I won’t deny that that is nice to hear) but to put my thoughts about things, specifically film, out there for all to read. Whether I get a hundred comments or zero, it doesn’t matter. What matters is the doing, not the result. It’s a cathartic, necessary outlet for my thoughts on a subject. When a film moves you to tears, makes you want to hug a bunny, or step on bugs and vent, you need an outlet, and these blogs allow us to do that, either publicly or anonymously.

Sometimes, though, I – we- struggle with these thoughts. They don’t always come as easily each and every day. My best thoughts about a film I’ve seen usually come a day or two after watching it, when I can soak in the shower and get my thoughts in order (I’ve written some of my best work all lathered up….) or mull things over on the drive to and from work. Writing about a film immediately the credits roll can be dangerous, because it’s only after a bit of soaking time do the thoughts and feelings about it coalesce into rational, non-emotional substance that will make sense to most readers. Mind you, sometimes those thoughts never eventuate into their full form until much much later, usually when you’re away from a computer and inspiration strikes. Often, my inspiration seems to take extended vacations to a distant realm of the Universe, and no matter how I try I can’t seem to find it again. For ages. That damned blinking cursor at the left of screen just sits there, winking at me, goading me into just saying “this film sucked balls” and leaving it at that. 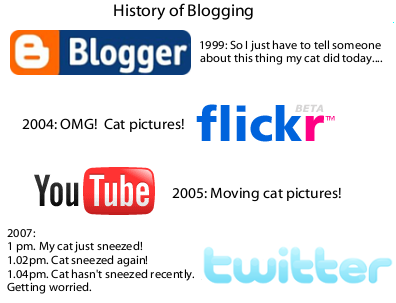 The title of this post is somewhat misleading, because I can offer no easy way to overcome writers block. Sometimes you need to unplug, sometimes you need a coffee, and sometimes you just want to chuck it all in and never look at another URL again. Sometimes, it’s just a case of bashing your fingers on the keyboard and hoping like hell what you produce is actually readable. Hammering something out so that tomorrows post will make your self-inflicted…. sorry, self imposed deadline. We’ve all been there, and we all know what it’s like. What I tend to do when I get stuck for something to write – or even get stuck for inspiration to write – is read other blogs. Sometimes, someone else’s spark will ignite my own. It might not work for you, but it works for me.

Now, why are you still reading this instead of getting tomorrow’s post ready?

8 thoughts on “Why I Write, or How To Overcome Writers Block When Inspiration Goes On Holiday”