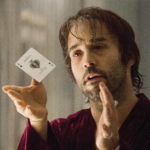 Confusing, contrived Tarantino-clone gab-fest sprinkled with over-the-top violence, Smokin’ Aces suffers a lot from too much style over a whole heap of little substance. It’s a clever plot, and a really cool premise, but let down by an unclear motive and a roster of characters less likeable than George W at a missile finding convention. Director Joe Carnahan, who would go on to helm A-list flicks like The A Team, has an awesome ensemble cast to work with, and then proceeds to screw us over by giving all but three of them sod all to do. The complex plot, as well as the underwritten characters, tend to overwhelm the film as it barrels along at top speed, blood and bullets flying. It’s another style over substance affair that entertains while in action, but is immediately forgettable.

Buddy “Aces” Israel, a magician and wannabe gangster, has a hit put on him by Mafia bosses, leading to a convergence of a variety of assassins looking to collect the bounty. Holed up in a Lake Tahoe hotel, Buddy is protected by various FBI agents and a slew of security, although in the end not even those guys seem like they give a crap about protecting this dude. The assassins range from a family known as the Tremor Brothers, an insanely violent bunch of rednecked psychopaths, as well as Lazlo Soot (Flannagan), a mute killer who takes on the appearance of others to do his deeds, a couple of female gunslingers, and the icy cool Pasquale Acosta, a specialist in torture. Protecting Buddy are FBI agents Messner (Reynolds) and Carruthers (Liotta), competant officers but ultimately hamstrung by the backroom machinations of FBI deputy director Locke (Andy Garcia). Throw in a bunch of guns, some truly b-grade dialogue, and you have yourself a Smokin’ film!

Director Joe Carnahan seems intent on creating a style all his own: the problem is, he’s stolen that style from a bunch of other directors. Using the slo-motion of Michael Bay, the rawness of early Tarantino, and the sweeping violence of John Woo (pre-softcock Hollywood shite like Broken Arrow and Hard Target), Carnahan cuts a swathe through his cast with the tacit approval of a script bereft of characters we want to care about. Buddy Israel is a loser, although Jeremy Piven does a pretty good job of playing him. Ryan Reynolds and Ray Liotta do solid jobs of their respsective FBI agent characters, but they’re barely developed beyond the cinema standard. Tommy Flannagan, the scarred actor best known as one of Mel’s mates in Braveheart, is creepy but underused as Lazlo Soot, an assassin who takes on the appearance of others by stealing their faces. Andy Garcia, doing his best reprise of the character he did in Ocean’s 11, is suitably smarmy as the head of the FBI. Ben Affleck, a major drawcard for this film, lasts about 5 minutes on screen before being offed. Sharp-eyed viewers won’t recognise Start Trek reboot Kirk, Chris Pine, in this, but he’s there as one of the Tremor Brothers.

The cast do as good a job as possible under the circumstances, but directorially, this film appears more about style than it does about an examination of the human condition; even though Tarantino-esque dialogue scattered throughout attempts to heighten the drama of the narrative. Carnahan has a great handle on the style of the film, and directs the action sequences (there aren’t as many as the trailer might suggest) with competency, but he’s unable to elicit any emotion from the audience with the generally unlikeable characters he has to work with. Piven, who has a fair amount of screen time, is by far the most critical component of the plot, and yet he spends most of it wailing through half-baked “woe is me” self examination and gradual emotional destruction.

I’m not going to spend a lot of time trying to find reasons to like this film from a filmmakers point of view, although technically, the film looks and sounds superb. The visuals are crisp, and the soundtrack is both full blooded and enveloping, but none of the sturm und drang technicalities came make up for a plot so devoid of logic and coherency that you might need a masters degree to understand it. Overall, this is one action film that you’re likely to enjoy momentarily, but like any illicit drug, the effects wear off way too soon. Average at best, even with all this Hollywood talent. 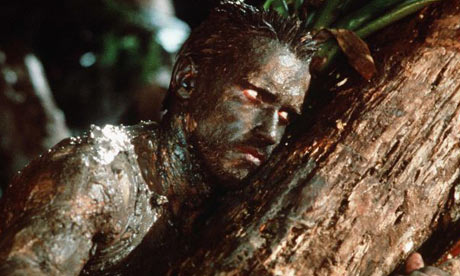