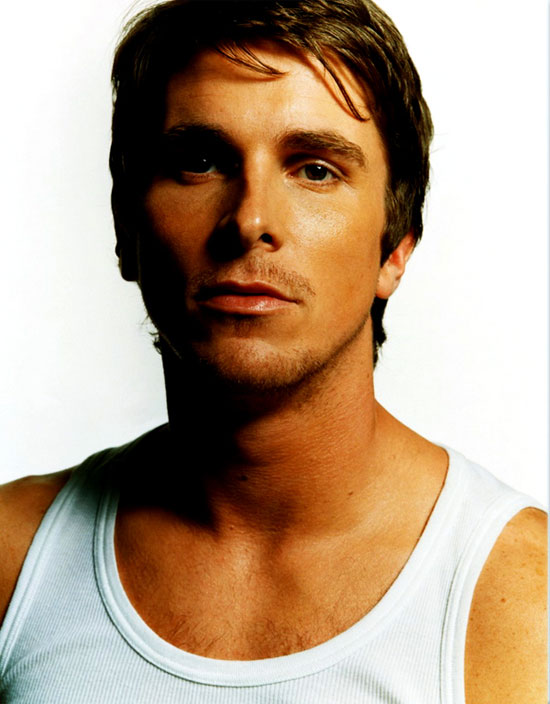 By now the entire world has heard the profanity laden rant by Batman star Christian Bale, on the set of the upcoming film Terminator Salvation. We thought we’d give you our point of view, and the reason why we felt it necessary to speak out about stuff like this.

Generally, audio and images recorded on a film set are the property of the studio financing the movie, and is never released without the permission of either the director, producer, or studio head. In the case of the audio released to the media by some moron, Christian Bale is now seeing his reputation go down the toilet in quick time. The clip is most certainly not fit for general consumption; it’s a man clearly angry and upset over something most people aren’t aware of being an issue. And we, for one, can understand the professional tension on a film set, especially during the filming of a crucial scene. We don’t condone Bale’s choice of words or the way in which he chose to speak to the director of photography on the Terminator Salvation, Shane Hurlbut, however, since we do not know the circumstances they were said in. Since we only hear one side of the conversation, it’s not pertinent to criticise anybody at all given we don’t really know what was said on the other side of the camera. It’s clearly an upsetting moment for Bale, and more than likely for anybody on the set at the time.

But here’s what really yanks my craw. Some idiot, who thought it might be good to have a laugh at Bales expense, has released this diatribe (which, admittedly, was recorded while filming the scene months ago) to the scurrilous media outlets in the US, and like the vultures they are, have run with it. In no way can this clip be taken as comedy, or anything other than the tone in which it was intended. I doubt very much that the person who is responsible for this audio will ever be caught, although it’s a fair bet that if they were, there’llbe consequences. If I was Bale, I’d be out for blood right about now, not because it was released, but for the perceived damage it will do to his reputation.

And this is the problem with the media these days: the tabloid trash soaking our culture seems intent on soliciting the most salacious gossip and degenerate moments of our biggest and brightest, no matter the personal humiliation people might feel. I am sure Christian Bale may well be humiliated that this has come to light. I am sure he wasn’t thinking about it when he let fly at Hurlbut at the time, and neither should he. He probably didn’t even know he was being recorded at the time. Which leads to the subject of an invasion of privacy. Bale is renowned as an intensely private person, largely keeping his personal life out of interviews and the like. Where do we draw the line at what should, and should not, enter the public domain? Is this audio clip, which has already been remixed into some kind of music track and uploaded to YouTube, Bale is venting his frustration to a fellow professional in the industry. We don’t hear the other side of the conversation. How, therefore, can we judge? And why do we think we deserve the right to judge him on this? Who are we to think we’re higher up the food chain than Bale to be able to criticise him, maul him and make him an example of a “bad actor” for this?

I don’t think we do. Therefore, we will not be giving this pathetic attempt to harm the reputation of a truly great actor any more space and time than  this single post.

To the person who allowed this audio clip to become public: you are a low, pathetic mongrel, and one day may karma come back to bite you. I hope you’re proud of yourself, you spineless wanker.

1 thought on “The Christian Bale Outburst: What we think….”