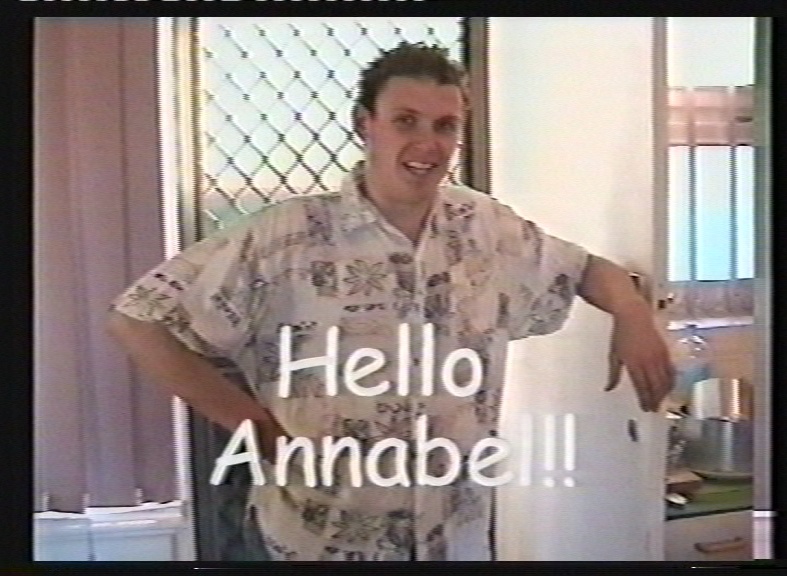 Filmed using a cardboard box and a Fridge compressor, “Hello Annabel” was edited in a house which no longer exists on a computer, no more powerful than a casio calculator and it is here that this film begins. Sitting in front of the editing suite, the interviewer takes the time to share with us the “in Jokes” that are strewn all throughout the film.

The films premise is simple, Annabel has gone back to the UK after spending a huge quantity of time here in our great land of Oz leaving behind a rather large group of friends who miss her dearly. By running around and interviewing all the people that Annabel knows even people whom are not part of the social group usually associated with “Fernby films” film crew, Fernby films collates in a nutshell the life which Annabel once had, bad jokes and all!

We begin at the“The Pad”, A well known bachelor destination where Fernby films HQ once was.

We are taken for a tour of the stomping grounds where we are introduced to the other founder of Fernby Films who for some reason is able to see Annabel through the camera. This is something which we see again and again throughout the film where everyone except the interviewer is able to do. (this begins to frustrate him somewhat as the movie progresses)