Director :  Dave Meyers
Year Of Release :  2007
Principal Cast :  Sean Bean, Sophia Bush, Zachary Knighton, Neal McDonough, Kyle Davis, Skip O’Brien, Travis Schuldt.
Approx Running Time :  86 Minutes
Synopsis:  Two teens pick up a mysterious (and creepy) hitchhiker, only to find he becomes psychopathic when they ditch him in an attempt to get away.
What we think :  Torture porn and plentiful gore saturate The Hitcher in modern pop-culture shock value; as a film, there’s little redemption in The Hitcher’s pulp shocker story, although if you go for this kinda thing, then you’ll probably have a great time. Everyone else should skip it.

Diabolical, violent and stupid horror film from producer Michael Bay and director Dave Meyers which attempts to remake (read; modernize) the 1986 film of the same name. The Hitcher has almost no redeeming value whatsoever, with blood and gore spraying across the screen with consequence-free abandon, and an increasing lack of logic and common sense throughout. Rampant psychopath Sean Bean is nearly run down by college kids Sophie Bush and Zachary Knighton, and is later given a lift through the driving rain. What the two kids don’t know is that he’s, well, a murdering psychopath, until he attacks them. 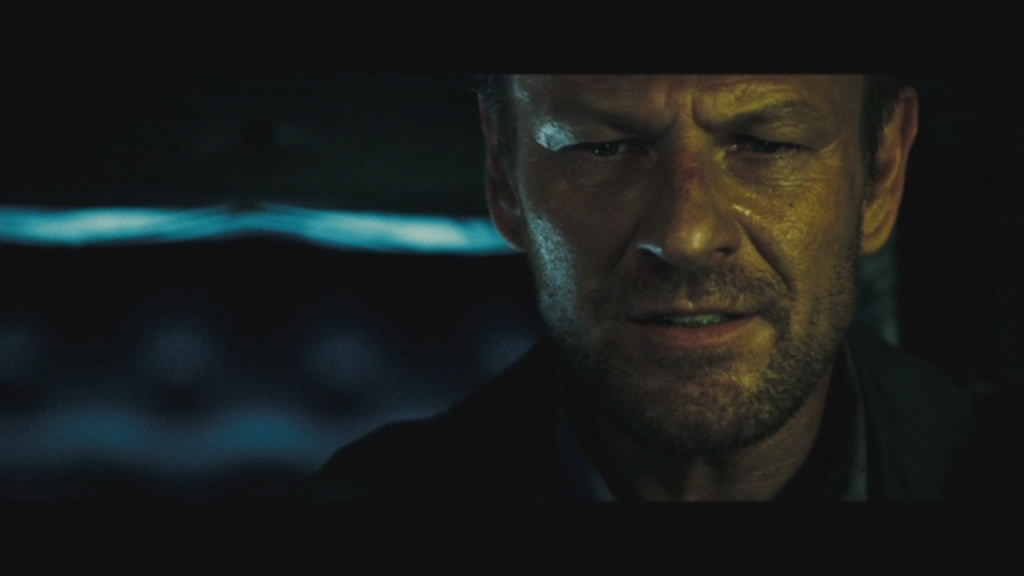 The kids escape the killer for a moment, and all seems well with the world; until Bean hitches a ride in a car with a family of four. Our heroes have to help them, but it proves useless. With a motive-free Bean chewing the screen up, and hacking, slashing and shooting his way through this wafer-thin plot, you’d almost be sickened by some of the gratuitous torture-porn on display. The production values are excellent, but the story and the dark nature of the narrative leaves a bitter taste in your mouth by the end frames. 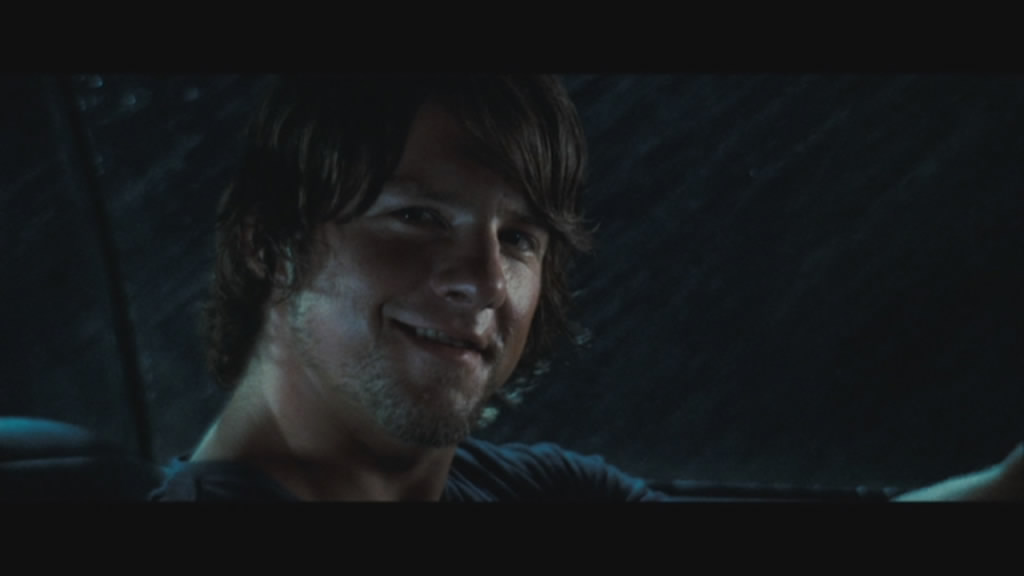 The Hitcher is one of those films that has you screaming at the screen as the main characters do the most idiotic things at the most inappropriate times. Searching a dark room without turning on the lights. Not going to the police immediately. Not just simply driving on. Bush, in particular, is reduced to yet another cliched screen bimbo in her knickers when she’s trapped in a motel room with the Hitcher. 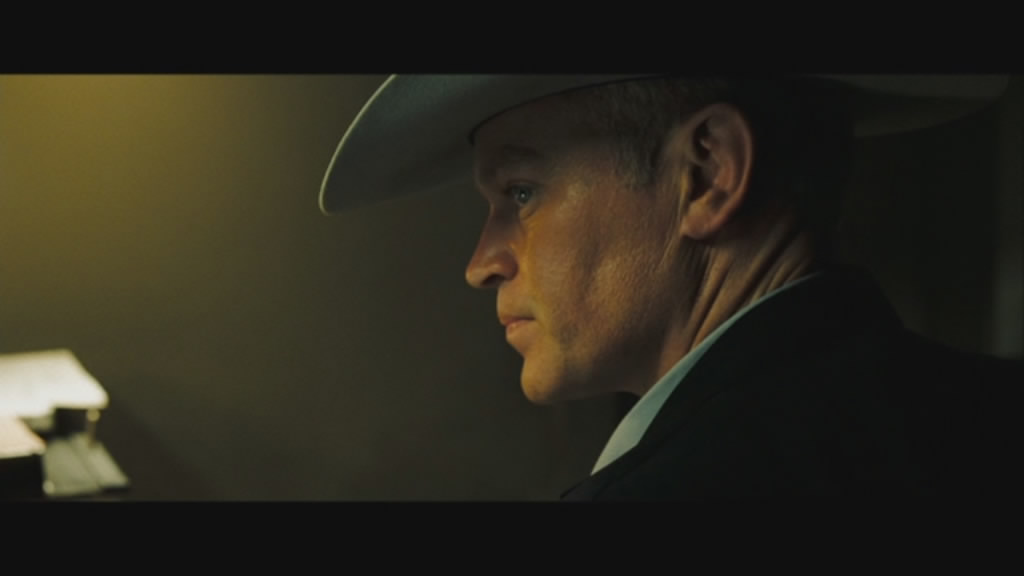 A particularly gory moment, towards the end of the film, is horrifying to watch. It involves a prime mover, a trailer, and somebody strung up between them. It’s hard to qualify The Hitcher as entertainment. Some horror films at least have some semblance of a point: this film does not. Its characters are not developed beyond simple cliches, and it’s narrative is as skew-wiff as the script. Those who enjoy film’s like this will probably be overjoyed at the level of carnage on screen, but for the casual observer, it’s an overly violent, scatter-shot approach to a Hitchcock riff you’ll ever see. And one of the most unbelievable. Take the scene where Sean Bean is in pursuit of our heroes, just behind the fleet of cop cars (and a helicopter) also pursuing them. Our bad guy manages to destroy all four cop cars, plus shoot the helicopter out of the film, with a simple handgun and a Trans-Am. Inept cops are perhaps the most overdone cinematic pratfall in history: here, it’s taken to a whole new level. 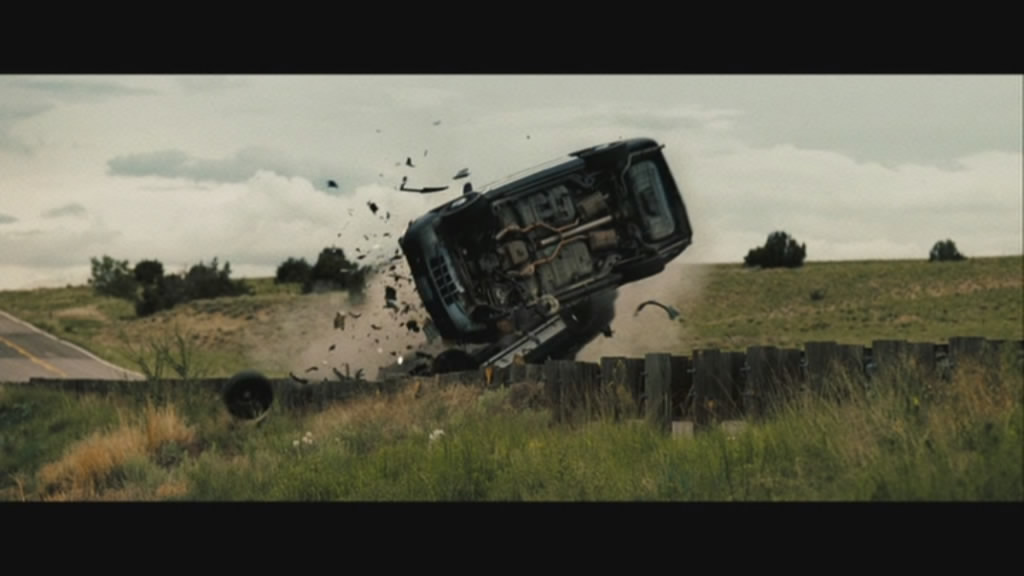 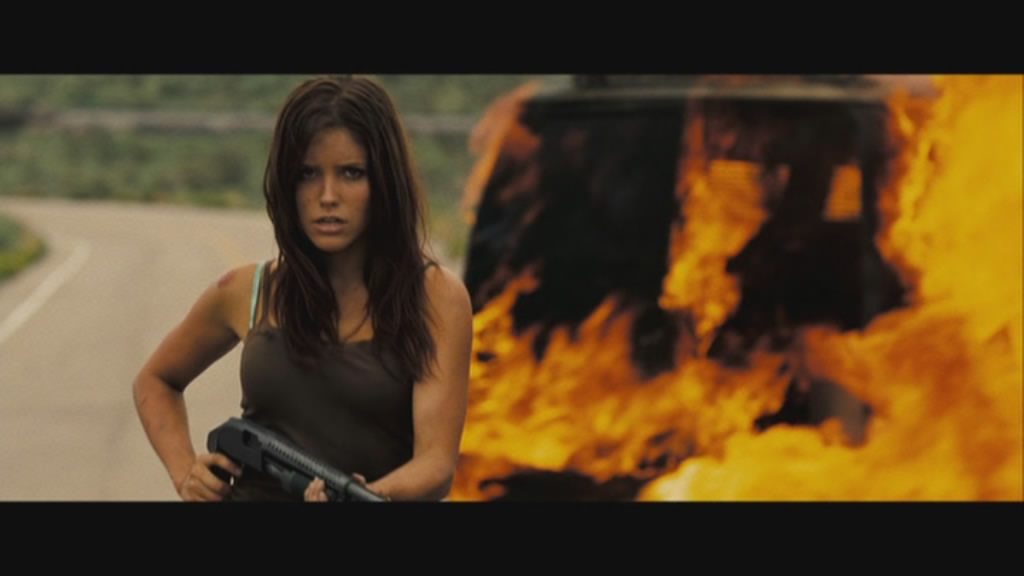