David Fincher’s work has been getting increasingly better since his break-out hit Se7en, back in 1995. After middling commercial success with the studio corrupted Alien 3, Fincher’s next film would redefine crime horror storytelling and catapult the young director into the A-List of “hot young talent”.

Following up Se7en with the less mainstream The Game, Fincher then produced what many claim to be one of the greatest films of all time, Fight Club. Following that, came Panic Room, which many derided critically for relying too much on the Robert Zemeckis “tricky camera” technique, with impossible camera moves subtracting from what was, in any case, a clever and well executed thriller. 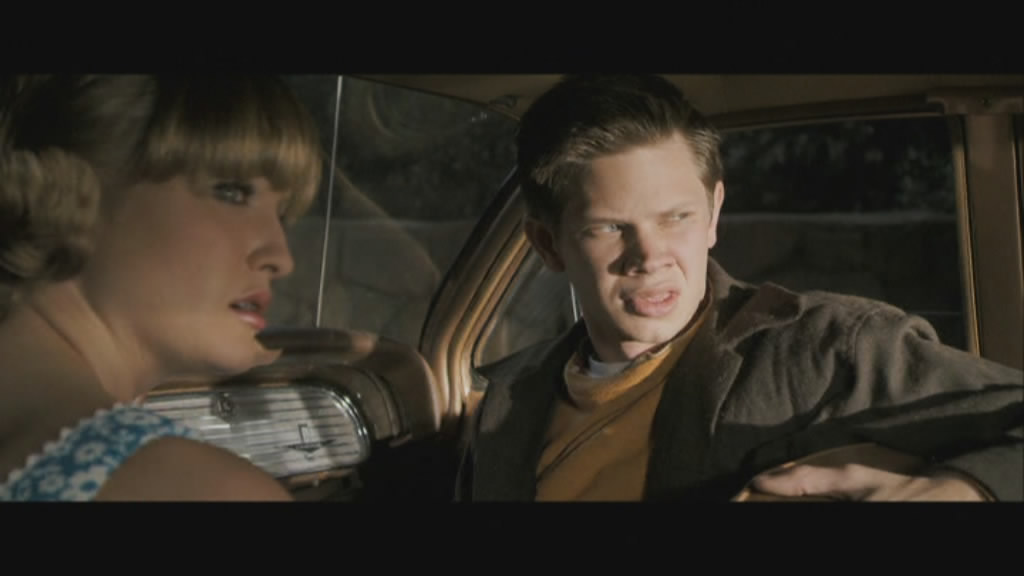 Fincher must have listened to that criticism and taken it on board, as his next film, Zodiac, relied less on digital trickery and retained a more traditional, subdued, style. Zodiac tells the story of the serial killer that terrorized California during the 60’s and seventies, provoking the police and striking seemingly at random. Never caught, officially anyway, the film narrates the police and media chase of this creepy, chilling individual. 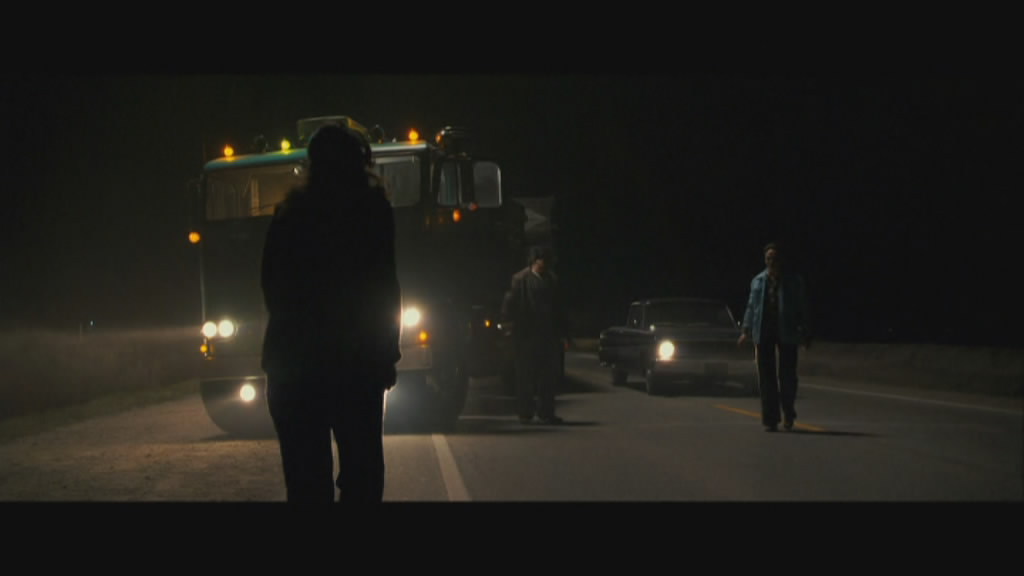 The Zodiac killer sent the police and newspapers letters regarding his murders, including one in which he threatened to blow out the tyres of a school bus and kill the children as they emerged. Frightening stuff, and right up Finchers alley as a storyteller. History will show that this never happened, but the letter exists. The film is apparently gleaned from the official police files and reports of those involved, and if accurate, is utterly horrifying. The Zodiac killer’s identity is shown at the films end; however, as the suspect died before being arrested, it will never be conclusively proven. However, what the film relies on is not the horror of the crimes, the lack of coordination between the police and other law enforcement agencies, and the public’s outrage of a seeming lack of success capturing the killer, is the characterisation of the members of the cast. 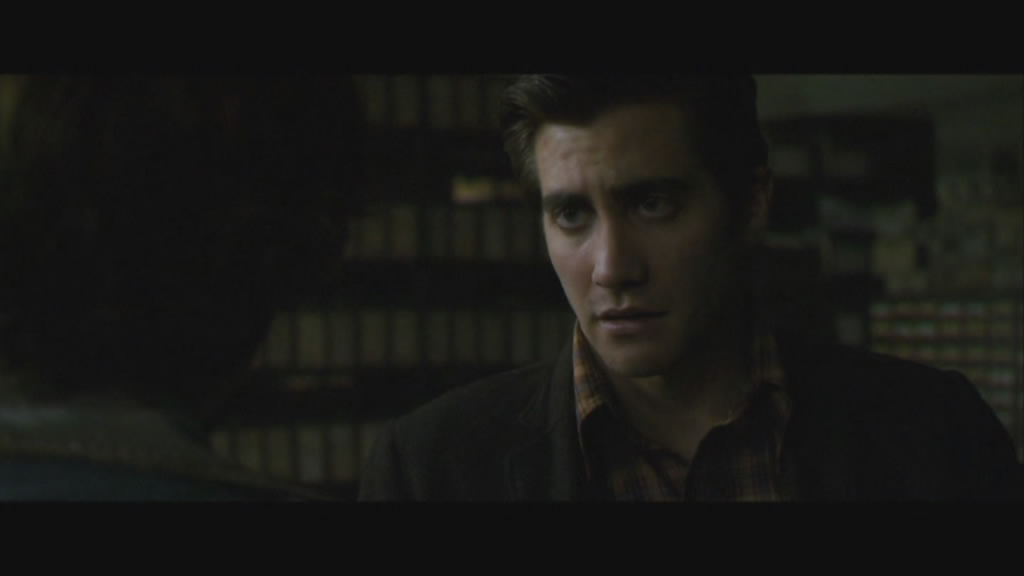 Jake Gyllenhaal plays Robert Graysmith, a cartoonist for the San Fransisco Chronicle, who gets caught up in the Zodiac killers’ machinations when he tries to help solve the riddles contained within the mysterious letters the newspaper receives. His role is central to the films main narrative, as he puts aside his life and family in a desperate quest to solve the riddle of who the Zodiac is. Gyllenhaal is perhaps not quite up to the task of carrying this film on his own, so thankfully Fincher creates an ensemble piece to share the load. 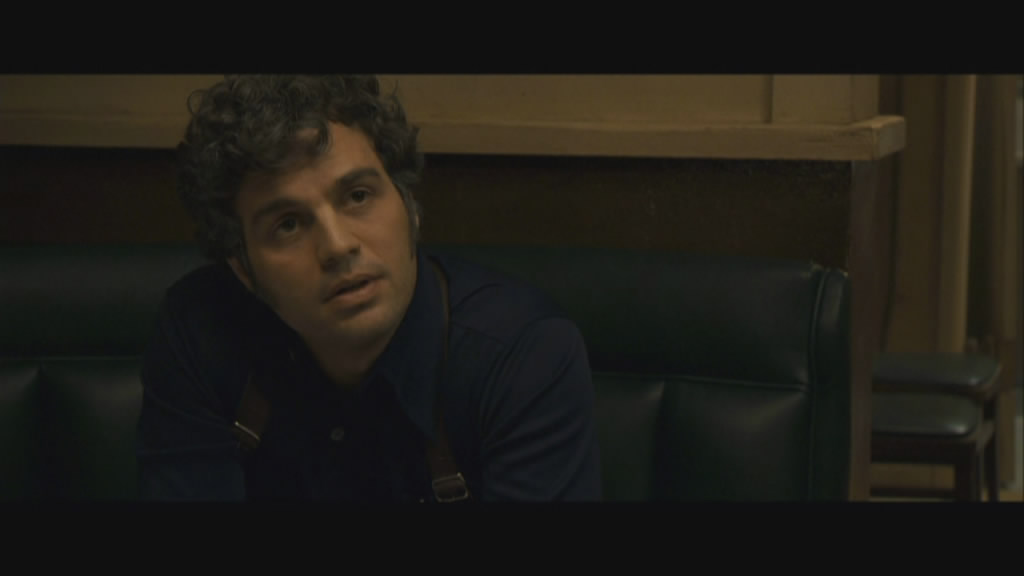 Mark Ruffalo, with one of cinema’s great hairstyles, is broodingly good as Detective Toschi, the man behind the police investigation into the crimes. Sharing the limelight for the first time on the big screen in aaaages is Anthony Edwards (you know, Goose from Top Gun and Dr Greene in ER) in his role as Toschi’s partner Bill Armstrong, who feels the pinch as things in the investigation begin to take their toll emotionally. 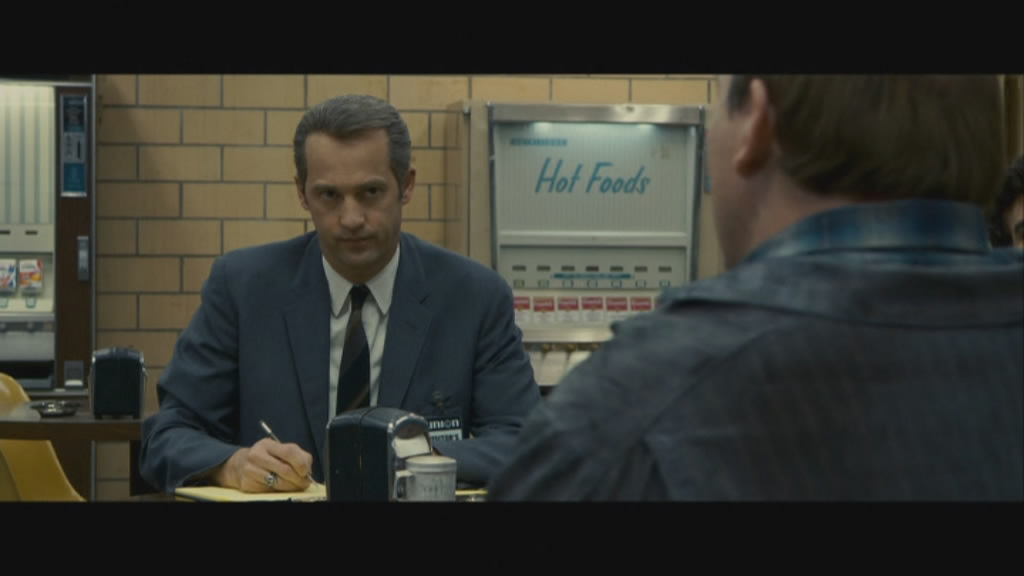 Along for the ride is Robert Downey Jr as the flippant Paul Avery, crime reporter for the Chronicle, who ends up becoming a marked man, and sliding into paranoia and alcoholism. The entire cast is uniformly excellent, excepting the aforementioned Gyllenhaal, who really tries hard, but is less well rounded as a character as the others on screen. His wife, played by Chloe Sevigny, manages to invoke some sympathy, but as usual with roles like this, seems to be pushed further and further into the background as Graysmith’s intense obsession takes over. 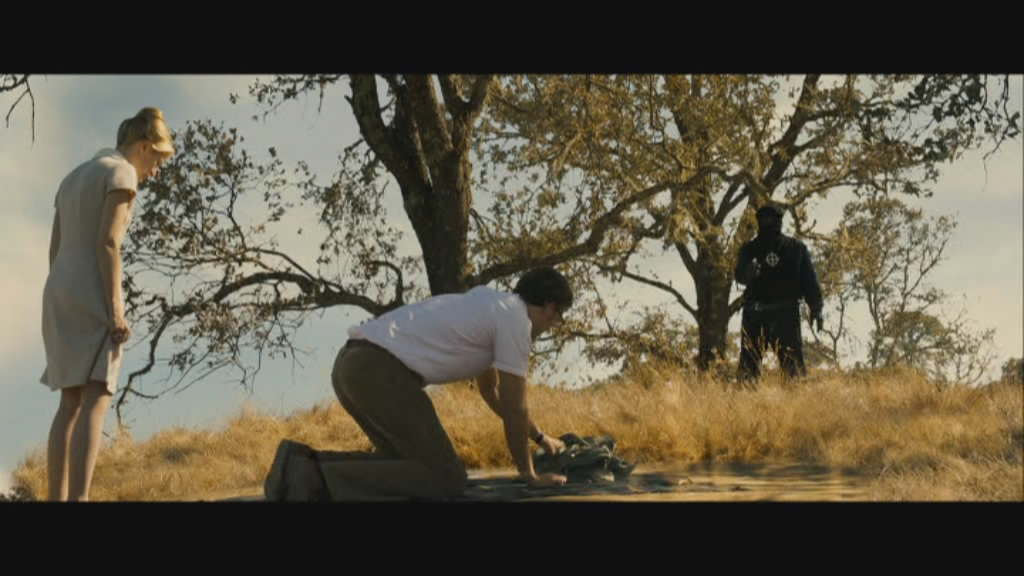 Fincher restrains himself from the overblown camera trickery of Panic Room, remaining focused instead on the storytelling elements; this effectively creates a heightened sense of terror as the killer strikes in varying months of delay: sometimes, the killer will go for a year or three without killing. Throw in a couple of copycat crimes (and letters) and you have a sense of confusion that must have driven the police at the time to distraction. Where Zodiac succeeds is the lack of gory brutality on display; instead, the the film is more character driven, relying on the emotion of the characters than the horrors they are investigating. Zodiac’s pacing may cause some viewers to regard this film with disdain, but since it’s neither a thriller with gore or an action film, it’s extremely hard to pigeonhole. What Zodiac is, however, is a very well made, and captivating, film. For people looking for a tweak of their intelligence, rather than simple eye candy, Zodiac offers a glimpse into the police procedural thriller genre that’s never really been done this way before. 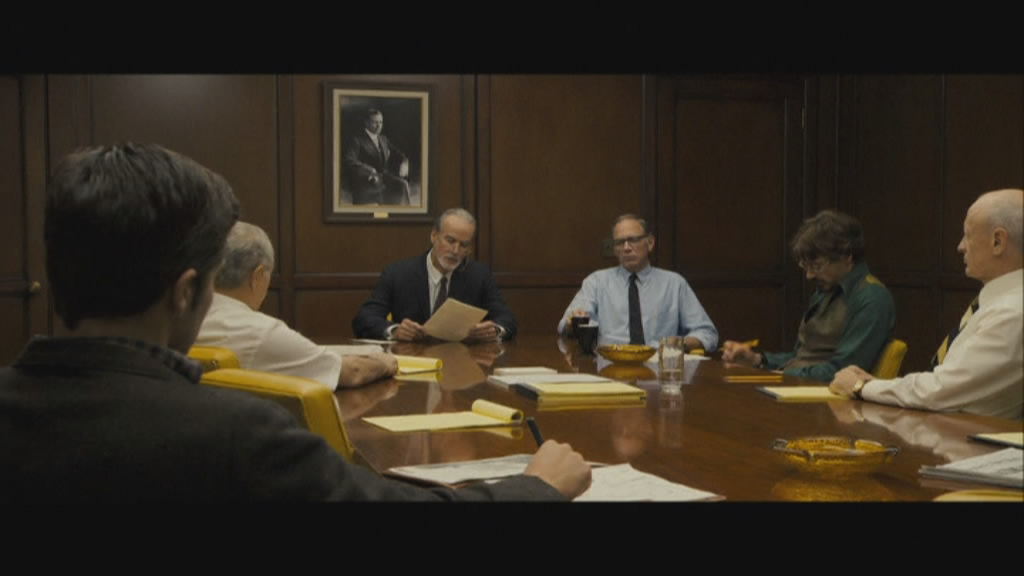 The film looks an absolute treat, the gritty, sepia-tinged feel of the 70’s San Fransisco is perfectly captured by Finchers steady camerawork; the camera never lairises or overworks the viewers eyes, instead delivers a rock solid palette that is pleasing to watch. The feel of the movie, as its sweeps through the different time periods, is almost epic, but essentially remains intimate due to the performances of the actors. Fincher feels free to leave the camera on one shot, refusing to cut away, refusing to edit into the feel of the scene at hand to create an eerie, creepy malevolence that pervades the films darkened shadows and unseen corners. The killing is done in such a perfunctory way on screen that it only heightens the terror: unstoppable and unrestricted violence that’s not gory or glorious, but merely serving the purposes of the story: the attack on a couple by a lake in particular is horrific, yet simply staged. The film has an MA rating here in Australia, and perhaps deservedly so due to it’s adult themes; yet it’s not overtly gory, simply telling the viewer what happened in a simplistic (if slightly stylised) way. 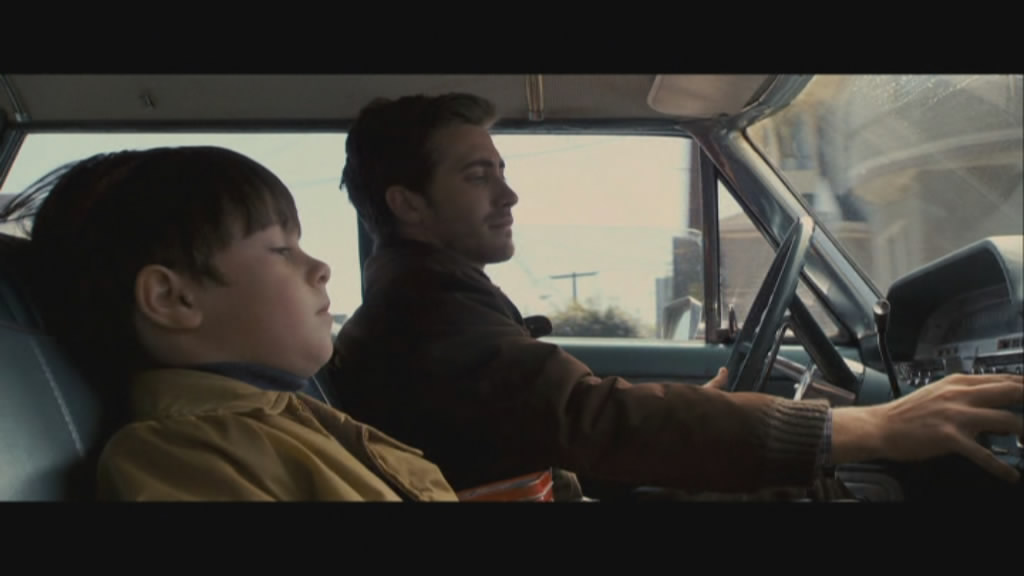 Zodiac is also quite a long film, touching in at just over two and a half hours. While perhaps not engrossing to most people for all that time, persistence with the film is essential as it’s story is squeezed from every available file the police had. Plus, the story takes place between 1968 and the early 90’s, so you get a sense that the films length is directly proportional to the material the filmmakers had to work with. 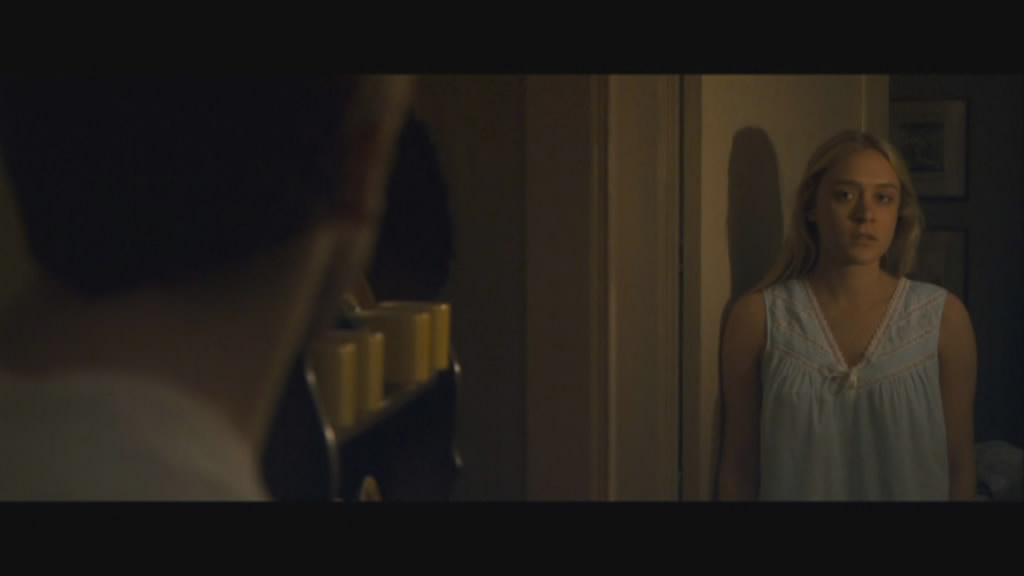 Zodiac is a rewarding film to watch: a kind of drama laced with documentary that tells a horrific story well, something historical films often get wrong. While perhaps not everybody’s idea of a good time in front of the TV, Zodiac will appeal to those who love good cinema, regardless of a lack of action scenes or buckets of blood. Zodiac may not offer the gore and gruesomeness you’d find on an average episode of CSI, but it will give you chills and reward your viewing with a decent film. Recommended.