I have to admit, I didn’t really have high expectations when approaching this film for viewing. After all, it pretty much vanished from cinema screens here in Australia almost as soon as it appeared. Don’t, however, let that dissuade you from giving this film a go; it’s a great blend of live action and animation that manages to be highly entertaining. It’s aimed squarely at the kids, but adults can enjoy the sly humor and raucous innuendo that permeates the film throughout. 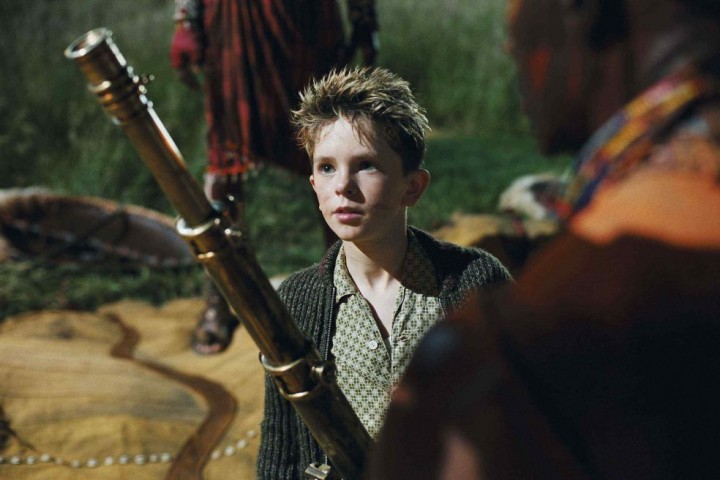 Freddie Highmore (recently seen in The Spiderwick Chronicles) stars as Arthur, a young lad who lives with his Granny in a house in the country. Granny’s husband has gone missing, after setting out on an expedition to find a hidden treasure in his garden (I’ll explain later) and Arthur’s parents have gone to the big city to find better employment.

Filmed by French director Luc Besson, the man responsible for cult hits like Leon: The Professional, Nikita and The Fifth Element, Arthur And the Invisibles is a unique entertainment experiment that has confounded critics and divided audiences the world over. Cut by it’s American distributor, The Weinstein Company, for overtly sexual material and inappropriate behaviour (which is otherwise acceptable in Europe) the Australian version was, unfortunately, not the “directors” version I would have preferred. Still, the story doesn’t suffer too much from the hack and slash approach of Harvey Weinstein, and is acceptable, if not the complete film. The film is based upon Besson’s kids’ book of the same name.

Arthur is a typically rambunctious ten year old (well, it says he’s ten on the synopsis!) who discovers that his Grandfather had found an ancient tribe of little people in Africa, and that they had set up camp in their backyard to guard a treasure left there years ago. In a strangely symbiotic arrangement with an African tribe the Bogomatassalai (really, really tall dudes), the Minimoys (that’s the “Invisibles” of the title) are really, really small, and live a kind of “Bugs Life” lifestyle in and under the ground outside. The problem Arthur has is that a greedy entrepreneur wants to take over the house his family lives in, and unless Arthur finds the treasure (a ruby of some sort) then they’ll have to leave. Of course, like every kids film, the adults are dis-empowered to do anything, and it’s up to the young lad to save the day. 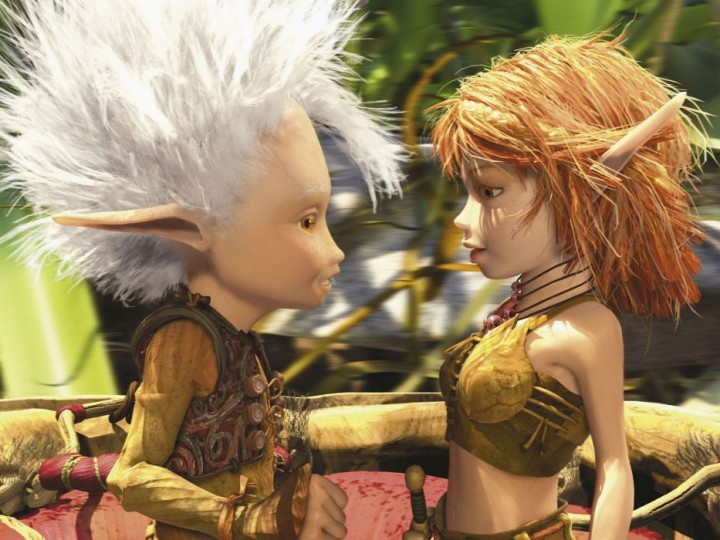 Finding his Grandfathers clues left about the house, Arthur manages to find his way into the world of the Minimoys and sets out to find the treasure, defeat the Evil M (Maltazard) and find true love.

The live action footage takes place in our world, but once Arthur journeys down a telescope to the world of the Minimoys, we go 3D CGI, and the action ramps up past eleven. The blend of live action and CGI is actually the film’s saving grace, and manages to hold our disbelief throughout the movie; the Minimoy’s world is a bizarre pastiche of ideas and themes cobbled from other sources, something audiences will either love or hate. A weird thematic element stolen from Arthur And The Knights Of The Round Table (complete with a sword in a stone) runs through the film, and while perhaps coming with a whiff of outright plagiarism, seems a little out of place within the supposedly “alien” world it’s set in. 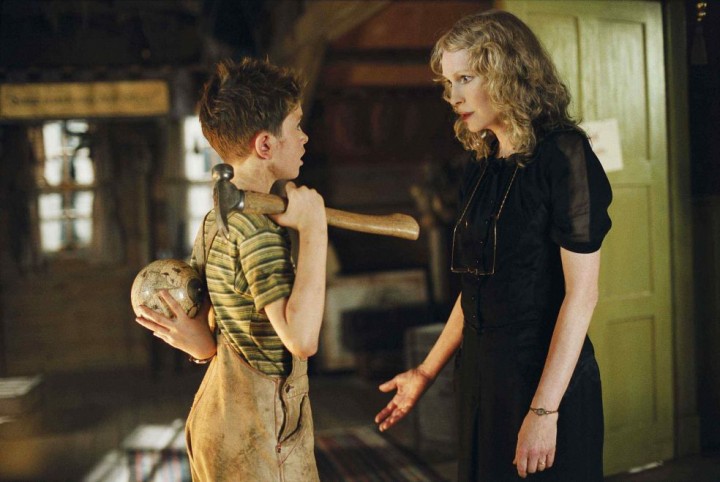 Mia Farrow, who is barely recognizable as Arthurs Granny, is wonderful in her role. She keeps things ticking in the real world while Arthur is with the Minimoys.

The film is paced quite quickly, and you really don’t get a sense of awe along with Arthur as he discovers this magical world. In fact, there’s very little character development generally, with everybody pretty much a cardboard cliche of people who have come before in other films. The CGI animation is first class, if perhaps not up to Pixar standards, but certainly serviceable for this type of film. One fault I could mention with the film is a distracting amount of action that fills the screen, a hectic hurly burly of motion that will confuse and confound even the most astute observer at times. Particular mention must surely go to the bravura attack of the bad guy forces on the city of the Minimoys, reminiscent of Pear Harbor and done marginally better in A Bugs Life. This is a confusing and shockingly hard to watch action sequence, with frame filling action and eye watering momentum. It’s truly hard to watch, even on a big screen.

Still, the film generates enough laughs and a sense of the absurd to warrant repeated viewings by the younger ones of your family, if not the adults. Setting itself up for the inevitable sequels (which are coming, by the way) you can bet your kids will be running around trying to find the little people in the garden for days afterwards. 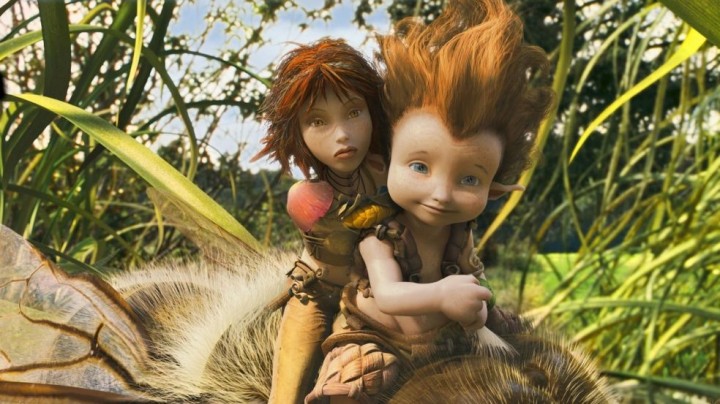 Arthur And The Invisibles is a wonderfully charming little film, worth watching and surprisingly entertaining. For me, it stands alongside The Neverending Story and Labyrinth as wonderfully evocative children’s entertainment. Worthwhile.