Director : Francis Lawrence
Cast : Will Smith, Alice Braga, Willow Smith, Charlie Tahan, Dash Mihok, Emma Thompson, Salli Richardson.
Year Of Release:  2007
Length : 100 Minutes
Synopsis: A man is the only survivor of a virus that wipes out the population of New York. Alone and trying to solve the puzzle, he fights off boredom and attacks from the mutant humanoids that now stalk the streets.
Review : Classy, stylish sci-fi thriller, with plenty of moments to make you jump and cheer.

Everybody’s favourite Fresh Prince, Will Smith, takes to the big screen again in this remake of The Omega Man and the original I Am Legend. Smith is alone in Manhattan, which has become a deserted wasteland in the wake of a worldwide viral outbreak that has seen humanity turned into something…. darker.

Featuring some stunning visual effects, particularly the desolate and deserted Manhattan, as well as some of the most abysmal ones ever committed to a major motion picture, in the monstrous aberrations that humans have become, I Am Legend is a dark and dangerous film, filled with emotion from a wonderfully capable Smith, and some truly scary moments that rank this as a true Hollywood blockbuster. 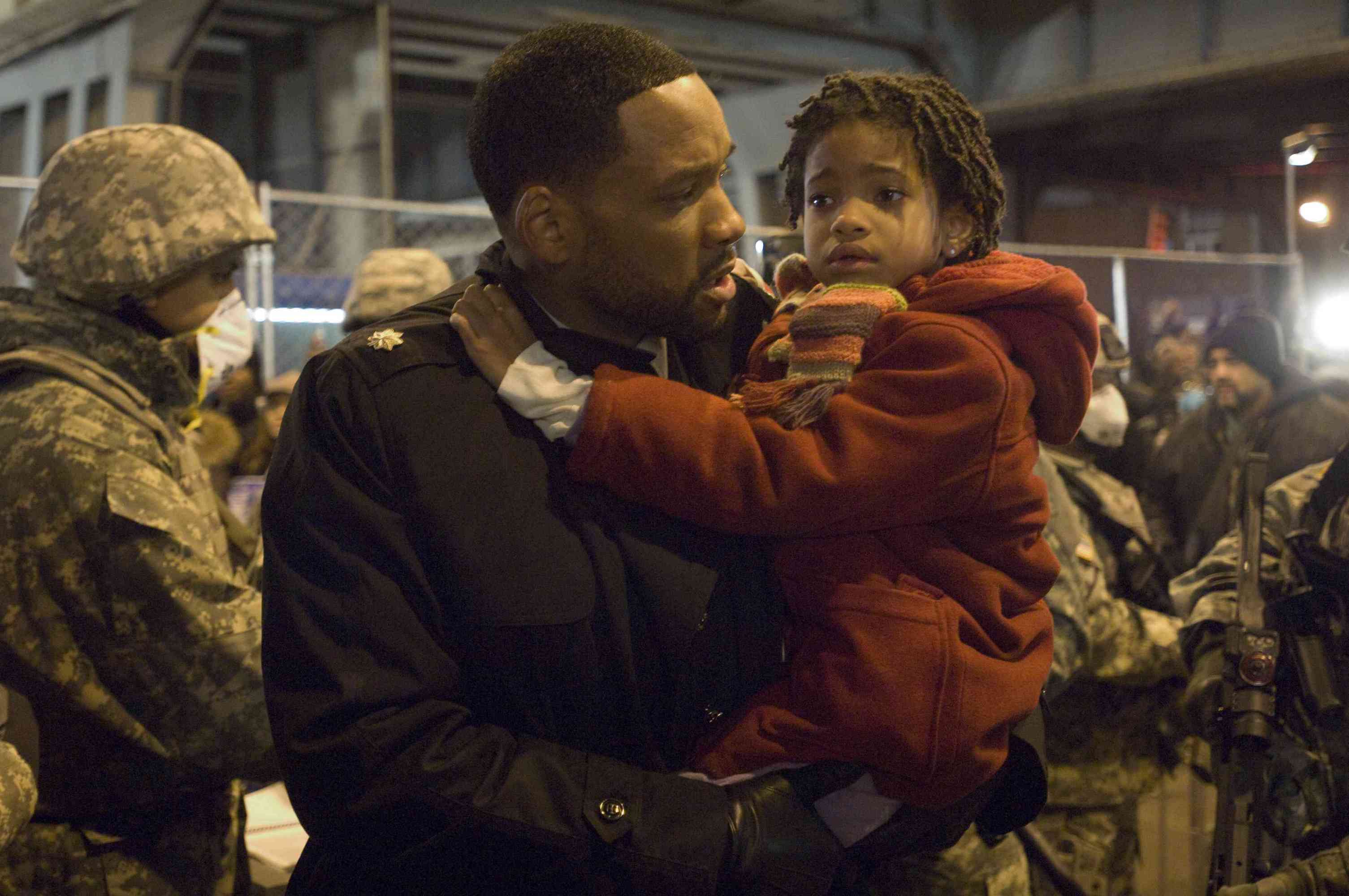 In the distant present, a cure is found for cancer, although when it is given to humans, unleashes hell in the form of a strange and seemingly incurable change in a persons DNA. The cure, which mutates and spreads faster than the authorities can contain, decimates the human population of Manhattan (and, evidently, the entire world) and turns all of them into day-fearing zombie-like monsters, who live only to kill and eat human flesh. The immune Will Smith character, Robert Neville, now lives alone in Manhattan, pursuing roaming deer and other animals to survive, as well as trying to stay sane by conversing with department store mannequins. He plays golf off the back of aircraft carriers, and sends daily radio broadcasts to anybody who might hear that he is alive and living in the city. 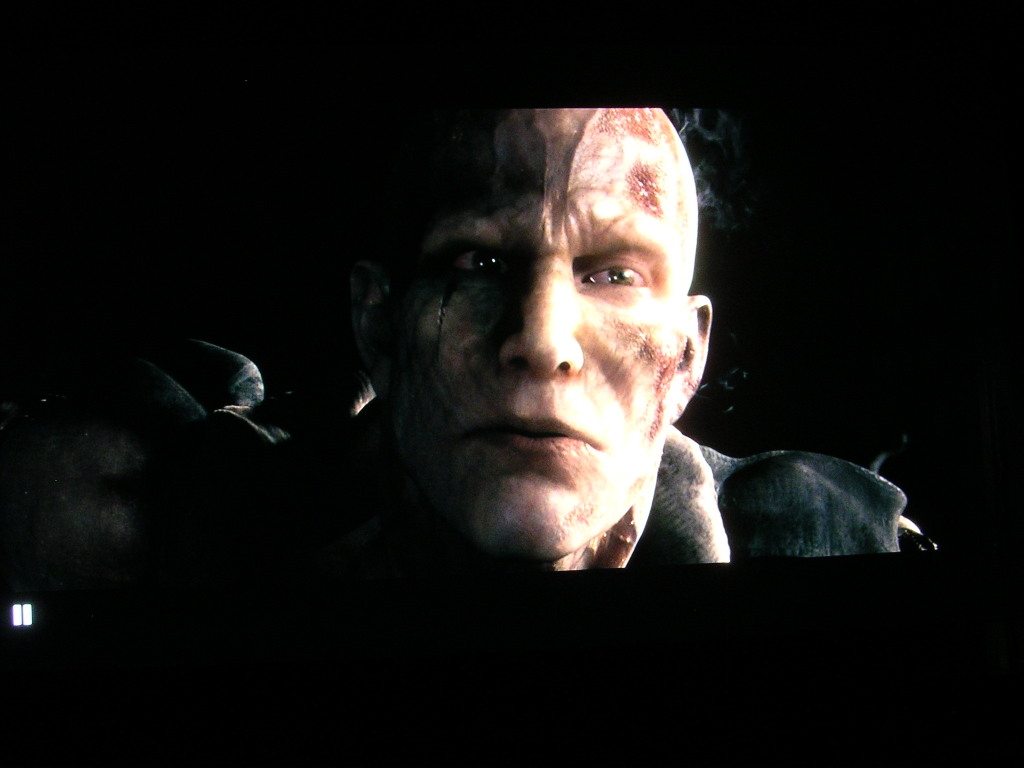 Via flashbacks, we are gradually made aware of the state of affairs before things get to this point; the desperate flight of the population of New York City to flee the attacks of the Infected, the disintegration of control and the lack of help provided. Neville now seeks to cure the virus, by capturing Infected and injecting them with serums to try and find a reversal of the disease. Both he and his dog, Sam, live in an apartment building that can withstand the entry of the Infected should they ever attack, although Neville makes sure the creatures don’t know where he is living in the first place.

Of course, living on such a knife edge creates a sense of menace, especially when Neville and Sam stumble across a particularly vicious group of Infected, one of whom is a little smarter than the others, and begins to lead an attack on the surviving unaffected human.

I Am Legend has many moments that are genuinely scary, but it seems as though director Francis Lawrence has tried to weave the scares in amongst a generally uneven storytelling style. Is this a horror film, a thriller, a sci-fi genre piece, or something else entirely. While at times truly spectacular, the film often relies too heavily on the scares to allow genuine pacing to move the story along. And the digital effects used to render the Infected borders on the awful, as the infected look utterly out of place within the context of the film style-wise, they are not believable and utterly hamstring the films evocative mood and visual power. 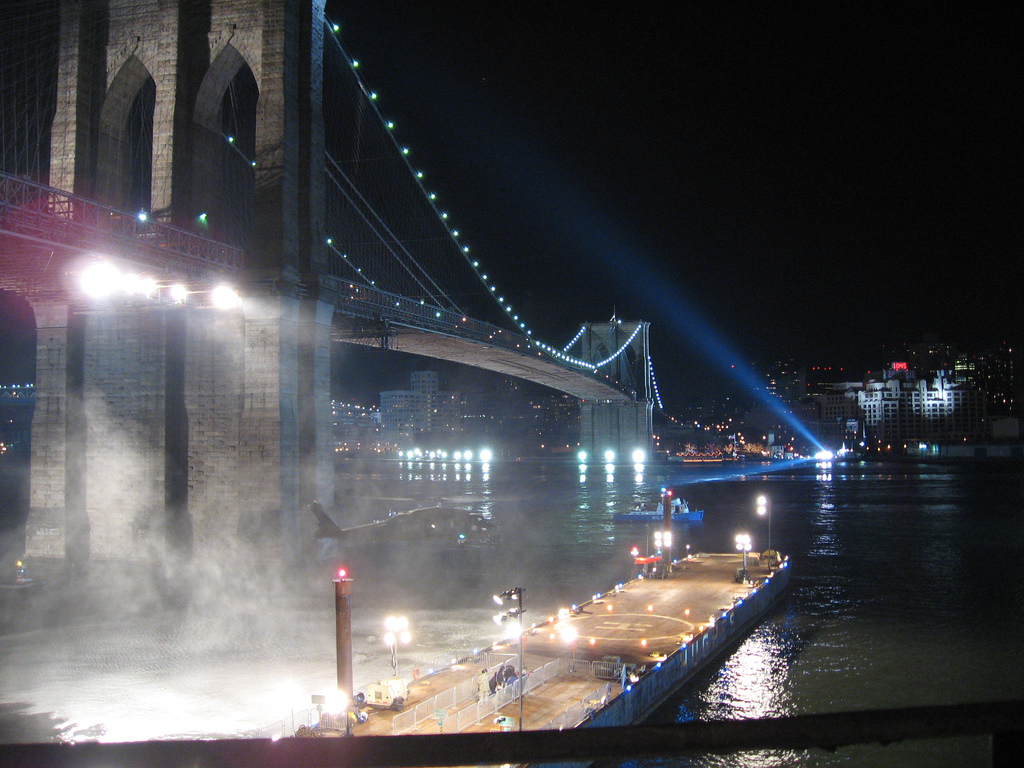 Thankfully, while the effects are particularly bad, the dedication to performance from Smith, and the production values of the film, are such that you get swept along anyway. The narrative is adept at bypassing leaps in logic, and keeps the viewer engrossed in Neville’s battle for survival. The fact that long portions of the start of the film are filled with silence and Smith simply patrolling the empty streets, talking to himself and Sam, and looking through large vista’s of cityscape, and it never gets boring, is in a large sense due to Smiths performance, which, while it could be somewhat distant, still comes off as a truly lonely, empty man.

Overall, the dark themes of the film are explored well, and the denouement is particularly circumspect; most audiences will be satisfied with the end result, although it’s perhaps not as good a film as it deserves to be. Some critical CGI decisions hamper what would otherwise be a substantially above average sci-fi film.

Smiths performance is the stand out for me, and is the best reason to give this film a whirl. I Am Legend is not legendary, but certainly well done.