Director : Robert Benton
Cast : Morgan Freeman, Selma Blair, Greg Kinnear, Radha Mitchell, Billy Burke, Alexa Davalos, Toby Hemmingway, Stana Katic, Arika Marozsan, Jane Alexander.
Year Of Release: 2007
Length :102 Minutes
Synopsis: A romantic look at the mysterious vagaries of love, in all it’s many forms, with a group of people involved and interconnected with each other in a variety of ways.

Review : Somewhat disappointing look at love, and certainly not what I’d class as a great look at the emotion that drives humanity onwards. In need of a blood transfusion.

And so there remain Faith, Hope, Love, these three – and of these the greatest is Love. 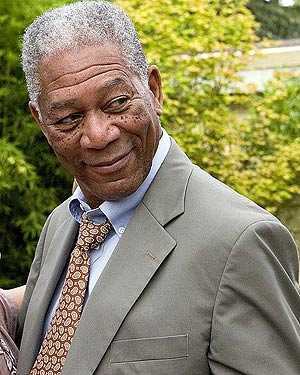 But I was the President of The United States, so why not?

After watching the film A Feast of Love, my nestmate and I pondered the possibility of finding out how much media is actually inspired by the word or feeling LOVE. Quite an unrealistic notion after typing a few words into the Google search engine. But dare I say it, the power of film, music, and most forms of art, all begin with the human’s strongest feeling, whether it be positive or negative: LOVE.

A Feast of Love is a story written about a number of relationships between people in a tight knit community striving to make the most of their day to day life. An amazing accomplishment of the film’s writers and producers is the portrayal of some of the different forms of love. To name a few, Old love, new love, a marriage without passion, a marriage with passion, adultery/lust, new attraction, renewed love, fatherly love. If A Feast of Love contained any more story-lines or characters it would probably get too confusing. As it stands, the film is a lovely balance tracing significant relationship-oriented events of six characters over perhaps a year. 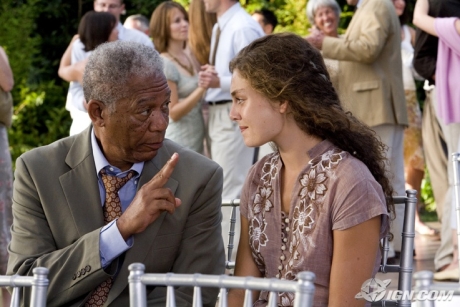 Look here missy, I don’t want you thinking you can escape from prison like my friend did, okay?

The narrating character Harry, which according to one review could have been “played by Morgan Freeman in his sleep” (Stephen Holden, New York Times) is an old man, probably married to his wife for years and years, and their loving relationship is probably beyond the comprehension of most of the audience. The character becomes involved with a young couple, friends of a friend. Oscar and Chloe have a new, passionate relationship. I could be wrong, but the most beautiful part of meeting that special someone is pictured here, alongside the most beautiful part of sharing the rest of your life with that special someone. 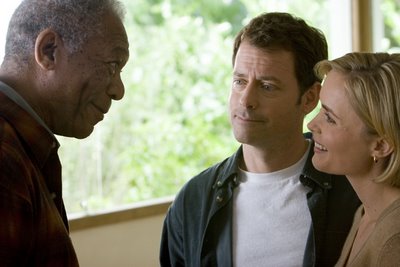 How much justice can Hollywood give these relationships though? Can you really watch that beauty and adoration on a screen? Can you really suffer the grief of the loss of a character’s loved one or the heartbreak of divorce? Hollywood has tried it’s darnedest. In A Feast of Love, no. Robert Benson has directed a very pretty and engaging film, and you come away feeling like you have been told a good story. But for me the characters lacked something, so that in the end, although I enjoyed the film, I could not learn something from their experience. Maybe it is because I lead a boring, monogamous life. Perhaps then, I should be able to relate to the aged couple, but I cannot, because I am not aged. Most of the time I found myself disengaged from the characters because of the acting.

The film gives insight to how much betrayal is happening in the human relationships. There are many characters in the film, hurting because of something someone has done to them. After a little research, it appears that this is more common than not. If I am correct, and Love is the most inspiring and limitless feeling contained within the human person, then why is it not treated with more respect? 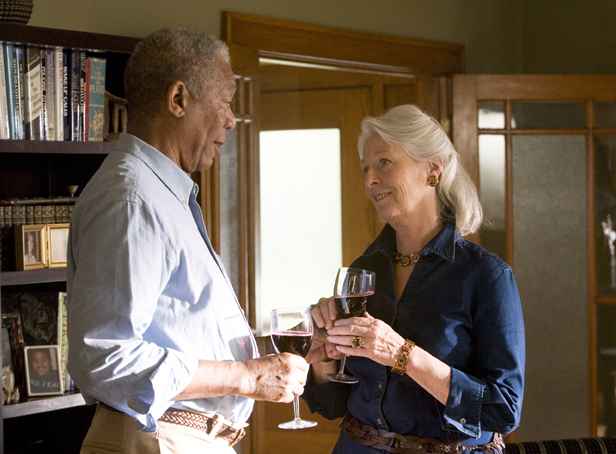 Do you know how much a cup of coffee is these days?

The more I think about  A Feast of Love, the more I cannot think of reasons to support why I can’t rate it higher. It is directed by an old man with a deep understanding about Love. It has given me something to think about. It didn’t need to have those raunchy mating scenes though, and there was a fair bit of poor acting (In my opinion!). I just don’t think that the film is all it could have been.