Let me start off by saying how impressed by it I was. Any critique runs the risk of leaving a negative impression on the reader, and that certainly shouldn’t be the case.

Story adaptation: The story held very true to the original. The flash backs and intertwined contemplations gave adequate (if slightly overstated) background on the concept. The playing of multiple endings was a good way of leaving the audience in doubt as to the outcome.
The part of Jamie was played differently from how I read it in the story, which is fine of course, but it puts a marked different flavour to the story. In the written form Jamie came across to me as very cold and calculating. He had all the time in the world to think, and talk over options, as if discussing a book he’d read. In the movie he was a frustrated and angry youth who wanted to blame Karl for all his life’s issues. In the written story you are left horrified at the cold calculating Jamie, and start to feel sorry for Karl (who is after all still human), even though you know you are more likely to be in Jamie’s position.

Casting: Well, Shannon as girl on phone. What can I say but Oscar material. Only out performed by Irritated Driver Who Raises Arm Out Of His Car Window After Nearly Running Over Karl. Chris did his part well, though it was difficult to work out exactly what their relationship was. Was he supposed to be parents, sibling, or flat mate? Stephen was well chosen to play his role, having exactly the right look. If I had to be super critical his ability to play a change in emotions was stilted, but that could be because of age, or shooting schedule more than any inability on his party. Jamie I found to be a little bit two-dimensional. I found it difficult to believe the emotions he was showing, probably because he is a young actor and has not been anywhere near the sort of emotions he needed.

Cinematography: Excellent. Wonderful use of visuals such as the drops of blood falling onto the camera. The continuity was good, though Karl took ages to fall to his knees and then was instantly on his back. The cutting away to other times was well executed. If I were to be extremely picky, I would suggest some tightening of the cut scenes to keep the real action pace and make the violence much more of a subliminal and unreal flash. Was that bruise we saw? The fight scenes themselves were superb flashes of movement and sound.

Makeup: The bruising makeup came up a little stark under the harsh lighting, but that direct exposure is hard to counter. Perhaps cutting them shorter (as said before) would give less time for the viewer to actually focus on them. The blood was excellent, and I know you worked hard on it.

Acting Direction: The actors were young, and I doubt they had more than a few years experience in performing. If I were to pick any particular area to work on, it would be this. Having a director who shares your vision, and you can trust to get what you want from the actors, is paramount. It doesn’t matter how good your camera angle and lighting are if the performance has no spark. Having said this, the actors gave a good effort, and I would not want them feeling they had let themselves down. This is only for pushing towards a fully professional production.

Music & sound: Original sound track was good, but the balance between speech and music was out. The speech on the whole was too quiet, making the flash backs (Chris’ dialogue in particular) difficult to pick out.

So all in all a well put together piece of work that you can be proud of. You can shelve this, and come back to it in a couple of years and see if you would do anything differently. 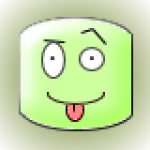