It’s often difficult for directors to follow up a great film with a worthy sequel. Even Spielberg has struggled with the law of diminishing returns at times. About the only director able to hold his head high in this regard is perhaps James Cameron. So when it was announced that Danny Boyle’s superior horror outing 28 Days Later would receive a follow up, I took this news with the slightly bitter pill of prepared disappointment. After all, 28 Days Later was such a successful zombie-horror film; such a redefining moment in the genre’s history, that it was going to take one hell of an effort to match (if not better) it.

Even though Boyle was a producer on this effort, 28 Weeks Later is a valiant, yet flawed, effort to continue the story. 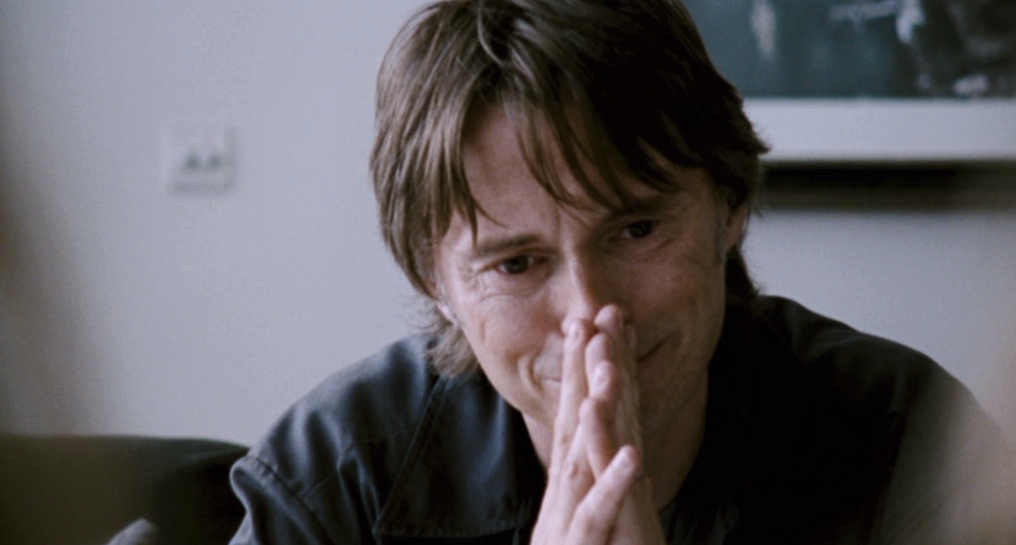 When we start our story, we have temporarily returned to the timeframe of the original film, where Boyle stalwart Robert Carlyle and his family are seen under siege by the Rage infected zombies. With his wife seemingly killed, his family all but eviscerated by the swarming infected, he flees in a boat to relative safety.

Cut to 28 weeks later (funnily enough), and the infected have all died of starvation, as the surviving humans have all been either evacuated or eliminated. London is slowly being repopulated from offshore, and great care is taken to ensure the Rage virus is eradicated. We meet a couple of kids returning to meet their father, who happens to be Carlyle, and set up their new home in the city. 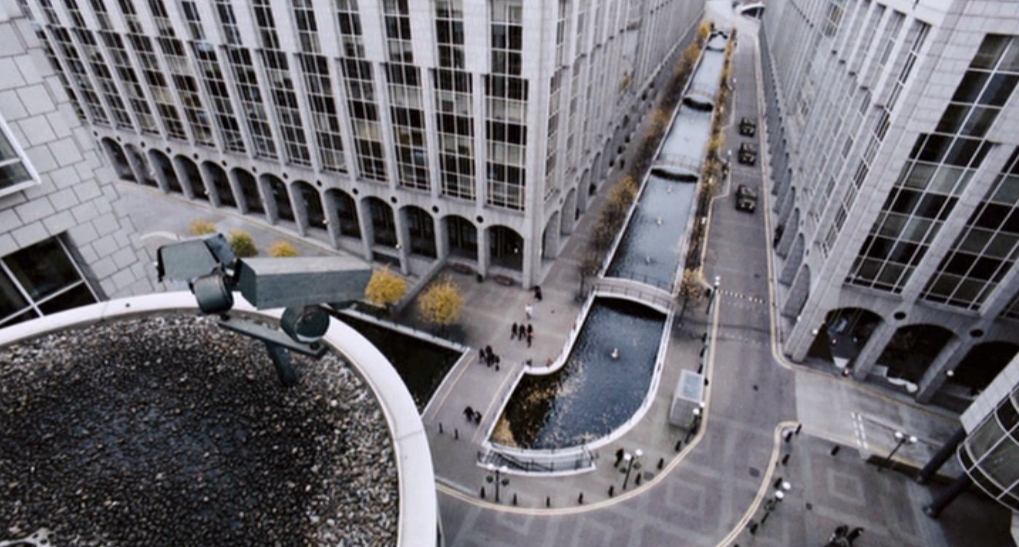 Of course, as happens in movies, things happen that see the Rage virus return to the population, and the very reliable military and scientific community seemingly powerless to stop it. If it didn’t, it would hardly be a sequel. Boyle and his team of filmmakers have managed to somewhat recapture the essence of the first film, distil it and siphon off the gooey goodness to make a very exciting, if somewhat flawed sequel that’s worthy of the original.

The action is quite intense once the virus takes hold again, with the same rapid-shutter camerawork that made the original film so frightening, again being put to good use here. The flickery superspeed hyper-kinetic infected race across the landscape, tearing apart all who get in their way, with unstoppable ferocity that helps galvanize a reaction in the viewer. 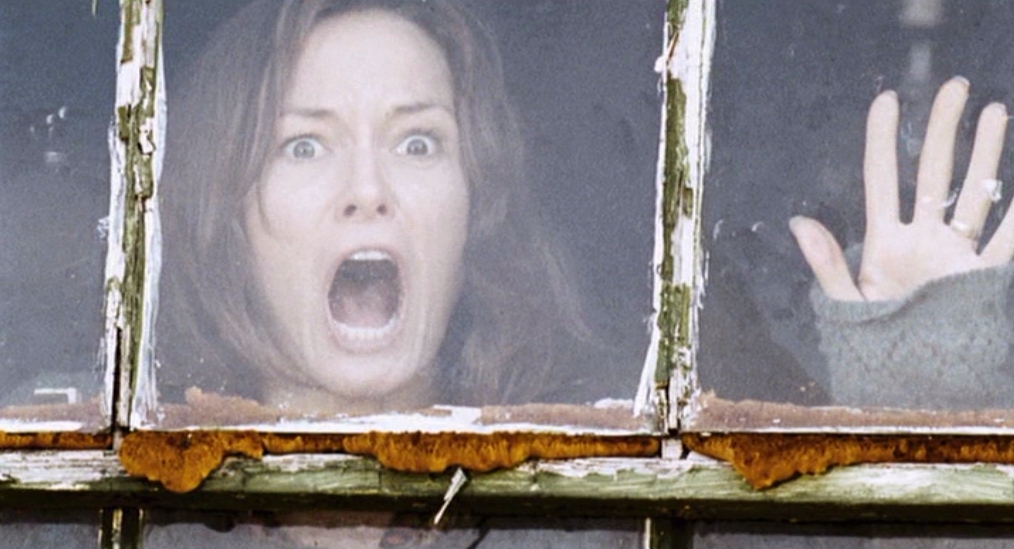 Apart from Carlyle, the film boasts the talent of Australia’s own Rose Byrne, who unfortunately seems a little out of place within the context of the story and her acting ability compared to the rest of the cast. She’s woefully wooden, and utterly ineffectual as one of the scientists studying the infected (and those who are resistant) and her role is somewhat thankless. Catherine McCormack (who played the ill-fated Murren in Braveheart) is Carlyles unfortunate wife, and again seems to the somewhat miscast. An actress of her ability seems wasted in what is essentially a one note role. Still, it’s good to see her on screen again. The Matrix Trilogy’s Link (Harold Perrineau) plays a helicopter pilot and buddy of Jeremy Renner’s Sgt Doyle, both of whom fight the good fight once the shit goes down. 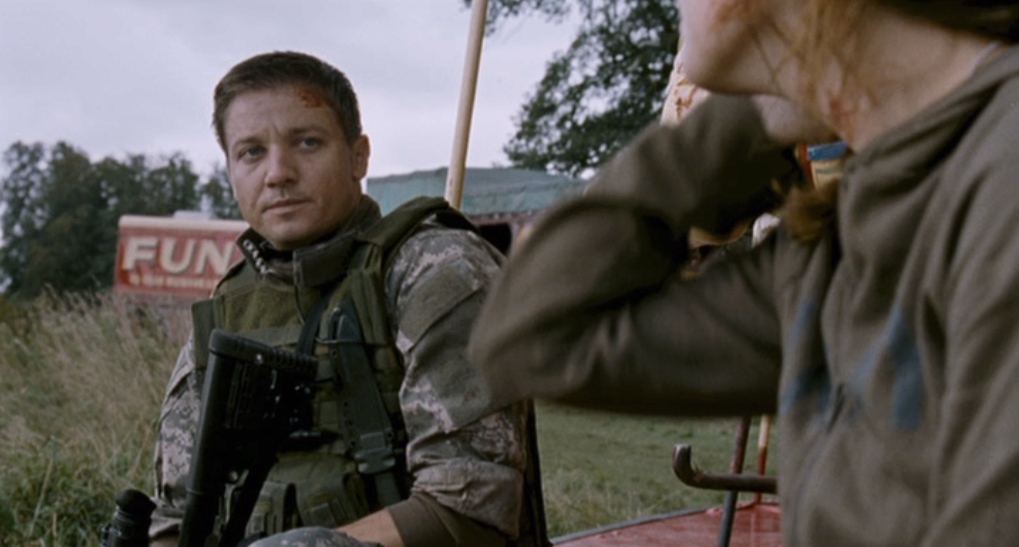 But the particular standout for me, and the main reason to watch the film, is the performances of the two children, whom the story tries to revolve around (more on this questionable phrasing momentarily). Imogen Poots and Mackintosh Muggleton (I swear that’s his real name) play Carlyles’ children in the film, and their fate is horrendously dire. While everybody, and everything, around them turns to crap when the virus is unleashed, the two actors give performances that are a step above the rest of the film and its genre. Kudos to them indeed.

If there is one problem the film has, though, is a veritable cornucopia of characters with interesting stories to tell: and the film isn’t epic enough to tell them all. Director Juan Carlos Fresnadillo tries to make each of his characters interesting, yet in doing so, he renders them all impotent by accident. While not allowing each character to fully develop, he hamstrings them into becoming cliches of what they represent: Carlyle’s family man is initially thought to be the central character…. after all, the film begins with him and the camera follows him after the opening credits. 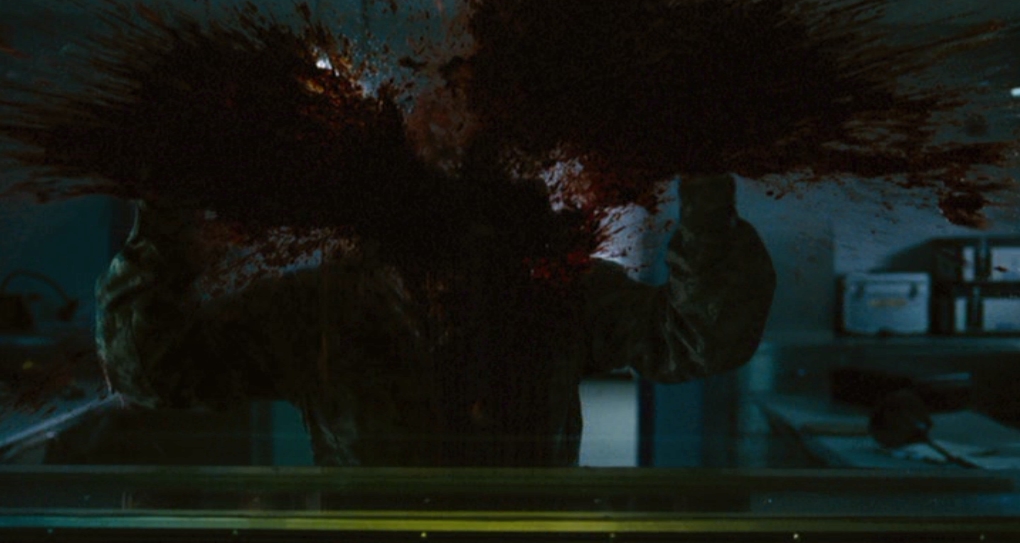 Then, the focus shifts to the military, and the multiple characters there too. Then, we follow the story of the children a little. While this works in ensemble pieces, unfortunately, 28 Weeks Later is not strong enough as an ensemble piece to warrant this stretched attention on it’s characters: the film would certainly have been better served had it instead retained it’s focus on a single character or pair of characters (such as the kids) and not tried to go all over the place.

That said, the film is a tense, taut, exciting one; particular note must go to the firebombing of central London, an effects sequence that is starling in its intensity (especially given the context of the film at that point) and magnificent in it’s achievement. That, as well as one of the greatest examples of how to obliterate the enemy with a helicopter ever committed to film, and there are some truly magnificent moments in this film. 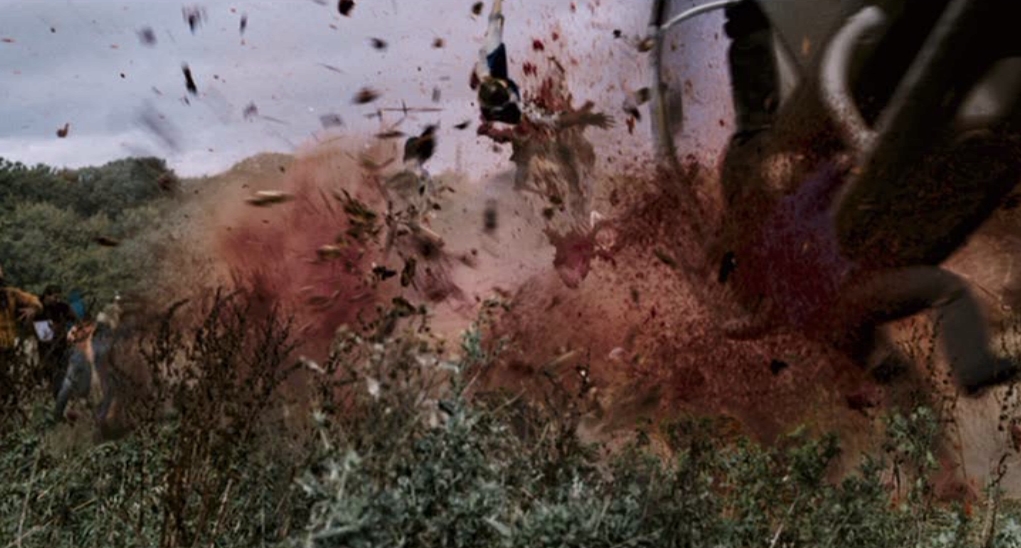 28 Weeks Later’s unfortunate character focus issues aside, the terror and malignant depressive nature of the film leaves this one as a fine addition to the horror genre, and the franchise as a whole.