Perennial 80’s cult classic Vacation franchise kicks off with a tired, worn-out disaster of a road-trip sketch comedy that offers few laughs, even fewer memorable moments, and is aimed purely at the young teenage boy market. Glimpses of boobs and giggling allusions to underage drug use notwithstanding, the allure of National Lampoon’s Vacation – the first of five films to bear the name – lacks bite in the post-millennial age, which will not endear it to anyone unfamiliar with it’s distinctly era-appropriate charms. Chevy Chase, then a massive television star off the back of his comedy chops on Saturday Night Live, and who was stretching out into feature films, stars alongside Coal Miner’s Daughter actress Beverley D’Angelo and a quickfire John Candy, Randy Quaid, Eugene Levy and Imogene Coca in this briskly paced but flatly directed comedic outing that fails to ignite the imagination; the caveat to this is that if you’re a child of the 80’s you’re likely reconsidering reading this review any further due to my outrageous sacrilege, but the point of this review is that despite the film’s acknowledged status as a classic of the genre, watching it today it’s nearly offensive for just how out-of-its-time much of the events within really are. 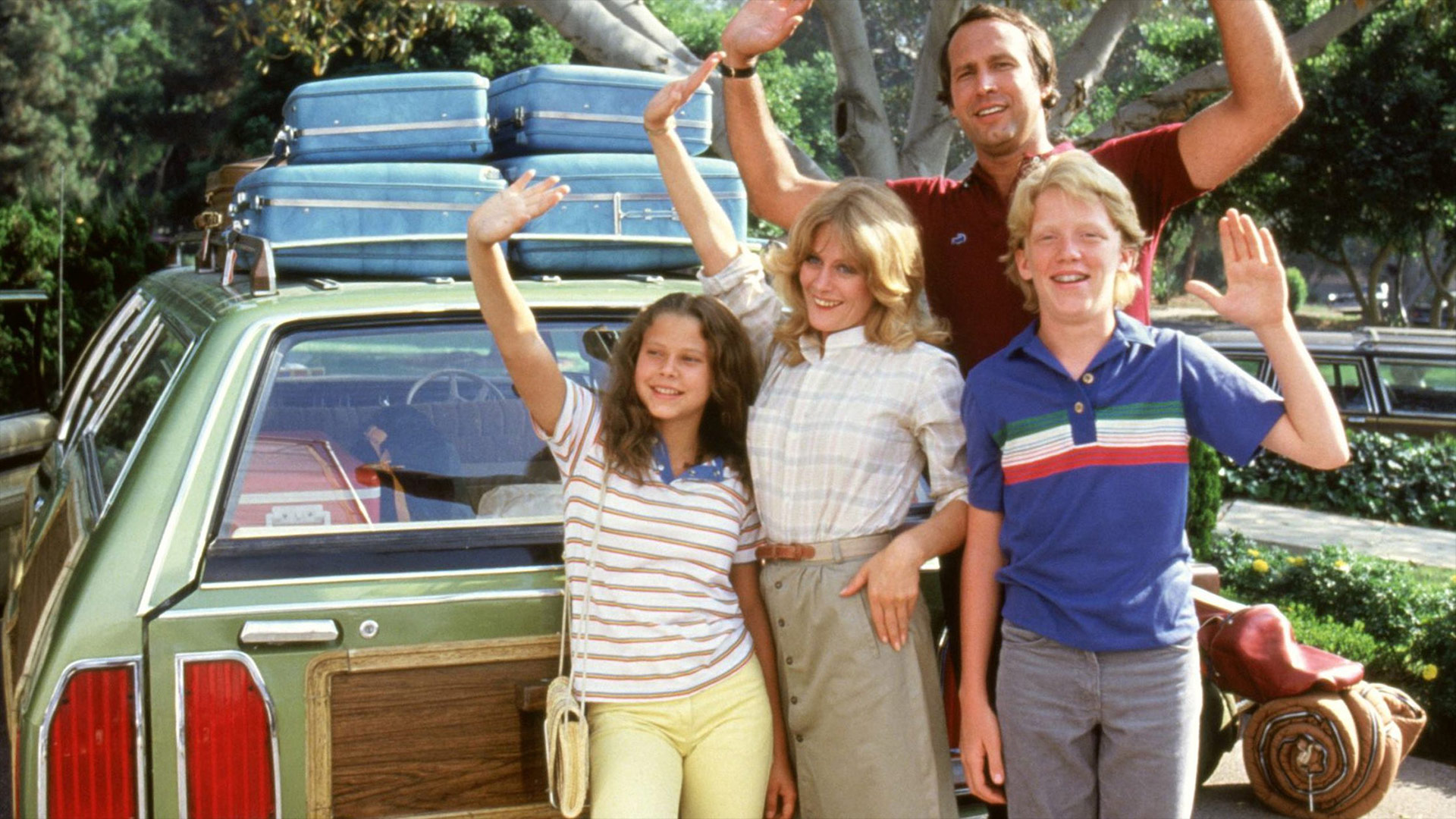 Family-man Clark Griswold (Chevy Chase – Fletch) decides to take his family on a cross-country trip from Chicago to the SoCal amusement park Walley World. After attempting to trade-in the family car to unscrupulous salesman Ed (Eugene Levy – American Pie), Clark, together with his wife Ellen (Beverley D’Angelo), son Rusty (Anthony Michael Hall – The Breakfast Club) and daughter Audrey (Dana Barron – Heartbreak Hotel), head west on a series of increasingly wild and crazy adventures. At one stage they stop over to visit Ellen’s cousin Catherine (Miriam Flynn – Babe) and her husband Eddie (Randy Quaid – The Wraith), and are saddled with Aunt Edna (Imogene Coca – Your Show of Shows) and one hell of an angry dog, before they eventually arrive in California to their destination and immediately encounter trouble in the form of unapologetic security guard Russ (John Candy – Uncle Buck) and park owner Roy Walley (Eddie Bracken – Baby’s Day Out). Vacation is the kind of film you’d hire from Blockbuster over and over as a teenager, and spend countless hours rewatching it for glimpses of Beverley D’Angelo’s tits, or cackling at the juvenile humour of watching Chevy Chase drive-by flirt with Christie Brinkley and accidentally murder one of the most aggressive little dogs ever put to the screen. Kids smoking blunts, elderly people dying suddenly, driving through a quite-racist gang neighbourhood trope, dealing with uppity hotel clerks and being busted by the kids while trying to have sex with the missus are all vaguely amusing anecdotal situational comedy moment Vacation contains, often with Chevy Chase’s shit-eating-grin performative style (that grates a lot, to be honest) and a complete inadequacy of wit; this is a series of ludicrously inane and utterly inept road-trip disasters that fail utterly to work in today’s modern world. The problem with situation comedy is that it driven largely by a herd-viewing collective appreciation for the silliness of it all, and watching Vacation alone means a lot of the nudge-nudge wink-wink ridiculousness is neutered completely. 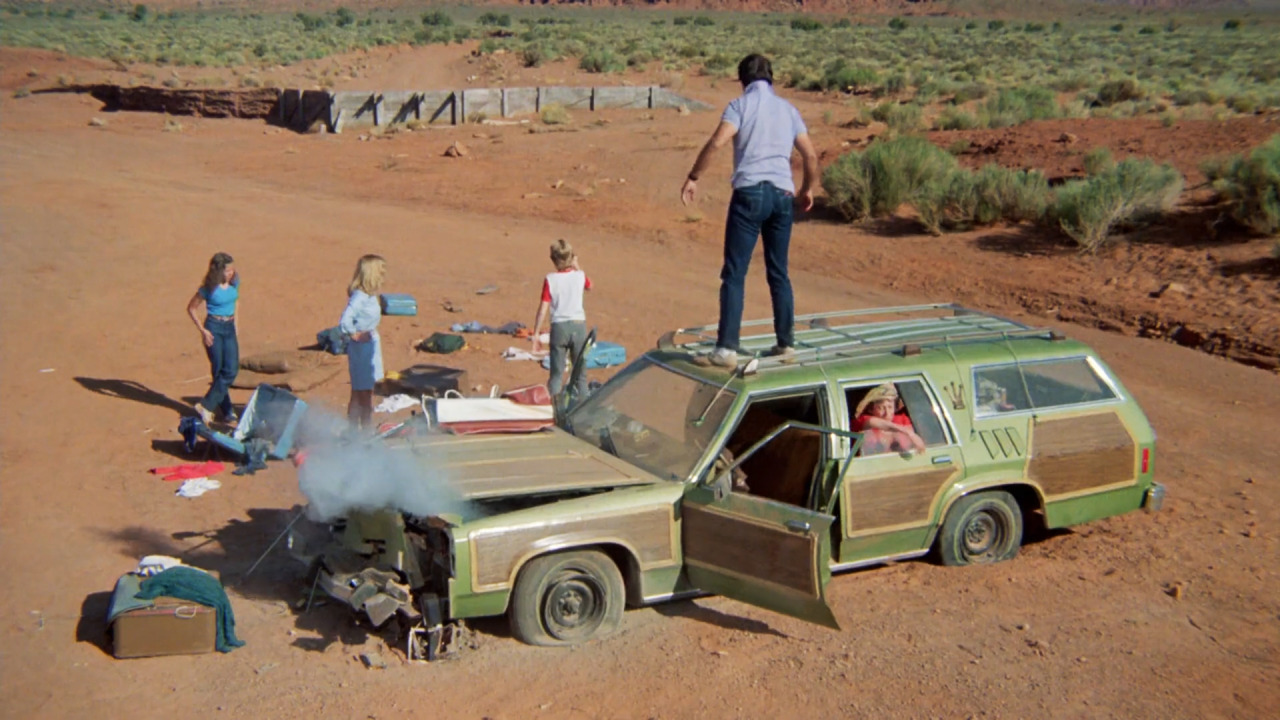 What makes this film so disappointing is more to do with the creative talent behind the camera, moreso than that in front. Chevy Chase I can take or leave any day as a comedian, and nobody else in the film is given a real chance to develop a character beyond simplistic stereotypes. It surprised me to learn that the screenwriter of this middling turkey is none other than John Hughes, perennial 80’s hotshot filmmaker better known for solid gold hits like Uncle Buck, Pretty In Pink and Home Alone, who tries his hardest to give the story a sense of quaint sentimentality mixed with “hilarious” juvenile-adult humour. The result is a mixed-bag of sterile gags and unfunny digs at the family road-trip archetype, filled with car breakdowns, stranger danger and shitty extended family members, although you can kinda, sorta, squinty-eyed see where Hughes was aiming his far-too-gentle arrows of laughs. 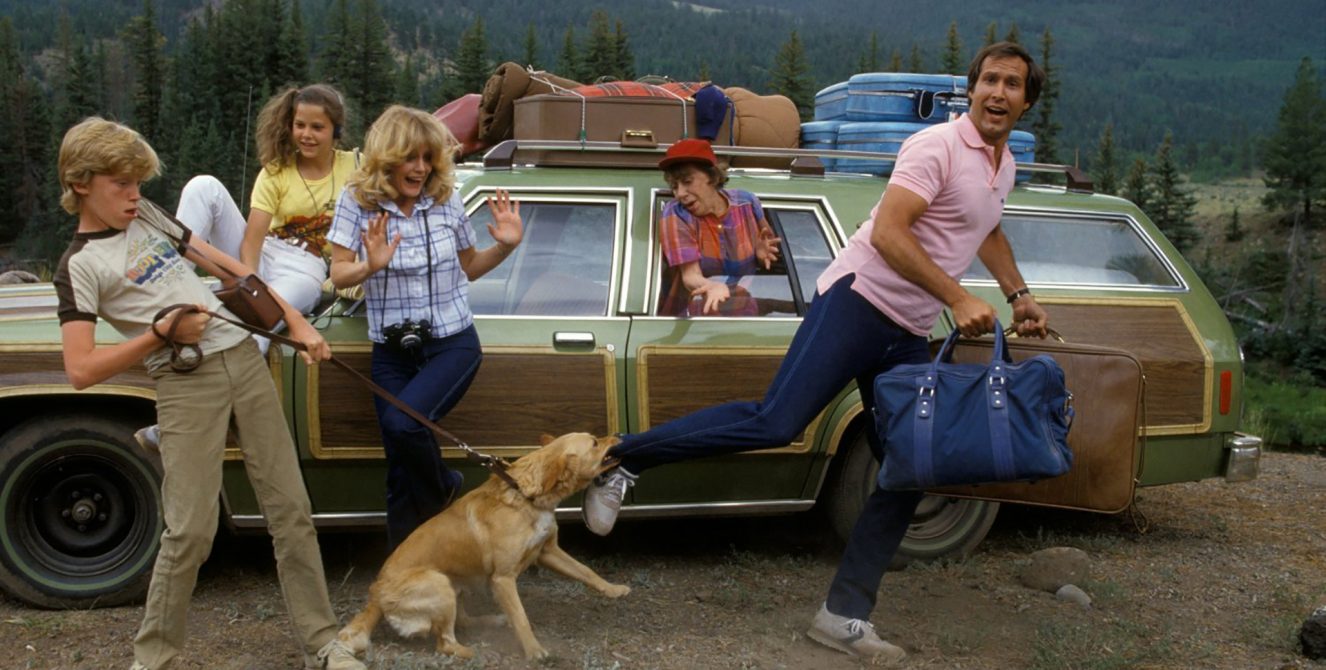 Directing this film is none other than Harold Ramis (Egon from Ghostbusters), himself no stranger to comedies starring former and current SNL alumni with writing credits on National Lampoon’s Animal House, Meatballs and Stripes, as well as a debut directorial effort on Caddyshack, enshrining him as one of the go-to guys for successful comedy post Abrams-Zucker zaniness. Weirdly, Vacation is utterly inert, the pacing feeling awkwardly uneven and the indifferent gags lacking punch. A couple of saucy moments involving Beverley D’Angelo – an actress who deserved far better than this tripe – getting her cans out notwithstanding, there’s very little genuine fun or engagement in this trope-laden, cliché-ridden outing for everyone’s “favourite” road-tripping American family. Ramis understands what his teen-boy market is after (tits and drug use) and settles for delivering bland laughs and jokeless situations that may seem funny when you’re thirteen, but completely lack impact as an adult. Brief moments of Eugene Levy as a shyster car salesman, Christie Brinkley as a homewrecking fellow roadster, a young Jane Krakowsi as one of the Griswold’s young nieces, and Eddie Bracken as an analogue Walt Disney showman type have aspects that probably played well to packed cinemas in 1983 and to darkened living rooms of late 80’s VHS viewers, but this cheap-seats style of scattershot laughs is flaccid by today’s standards. Imogene Coca’s turn as a rancid old biddy encumbered upon the family as they travel across state lines is blithely stupid, and one of the worst parts to the movie. 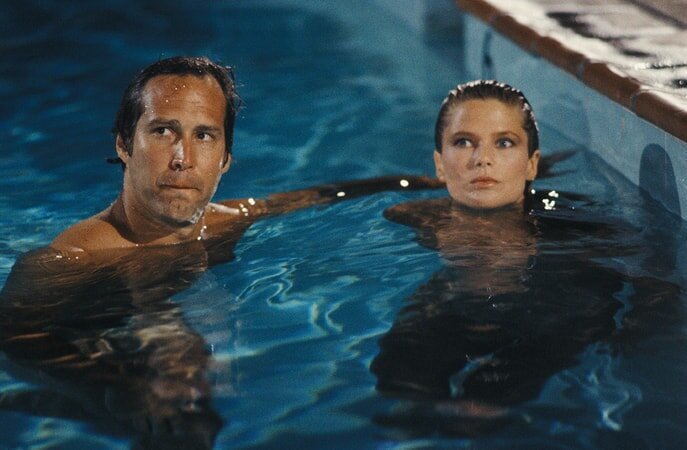 I was so disappointed in this film. I don’t really remember watching it at a kid (I suspect it was on local terrestrial television back in the day but I think I’m confusing that with one of the other Vacation sequels), but I think if I had I might find a nostalgic glee in enjoying its lurid, PG-debauched charms. As it stands, the film has lost a lot of its reputed lustre thanks to a stoically unironic sense of humour and Ramis’ inability to coerce chuckles of any kind from the viewer; I suspect were I plastered drunk on a Saturday night with a bunch of equally hammered friends there might be some minor guffaws to be had at just how stupid it all is, but stone-cold-sober and alone National Lampoon’s Vacation is a dull, often stupid and altogether unfunny comedic venture, trading mainly on hokey 80’s winsomeness and Chevy Chase’s effortful turn as the hapless Clark Griswold that made my teeth grind together. At least the soundtrack is decent, I guess.