The 1950’s was a hugely creative decade for the nascent monster movie genre – “creature features”, as they became known – with plotlines and characters as pulp as the film stock they were shot on. Typically lower budget, creature features boasted posters featuring lurid monsters and half-nude women in perilous scenarios, usually with prominent taglines and a sense of illicit thrills to be found in the flickering light of your local 2-bit theatre. Studios enjoyed the low-outlay-high-profit factor of these kinds of films, because they could be made relatively quickly and almost certainly guaranteed a specific level of return – no monster movies were ever what you’d call “blockbusters” but they satisfied the more prurient audiences, notably teenagers looking for cheap excitement. Among the most famous of these genre films from the 50’s was Creature From The Black Lagoon, arguably the preeminent creature feature and easily the most imitated; although today Jack Arnold’s film might seem positively saturated (ha!) with horror tropes, you have to remember that in 1954, these tropes were brand spanking new, so in most respects the Creature from The Black Lagoon set all manner of benchmarks. 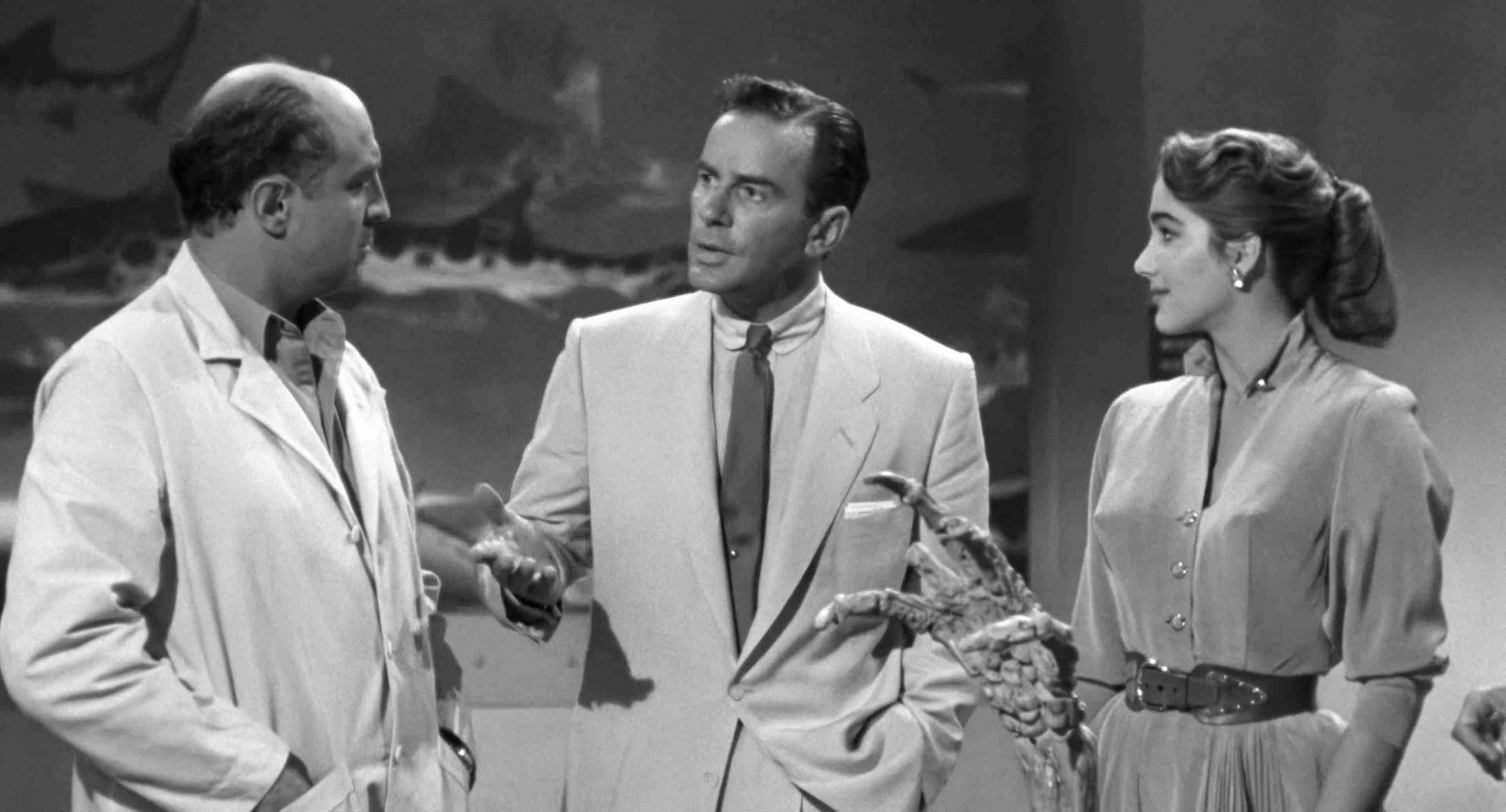 After unearthing a mysterious prehistoric fossil whilst on an expedition deep in the Amazon Jungle, Dr Carl Maia (Antonio Moreno) returns to the marine biology institute to redeem his discovery; he leads an expedition back into the jungle to recover more of the mysterious skeletal remains, only to stumble upon a still-living prehistoric piscine man – a humanoid creature lurking beneath the surface of the Amazon, whose home is located in an isolated lagoon – whereupon those accompanying him, Dr David Reed (Richard Carlson), Dr Mark Williams (Richard Denning), Kay Lawrence (Julia Adams) and river vessel captain Lucas (Nestor Paiva) find themselves in mortal peril, as the creature begins to kill them off one-by-one as they stalk it through the underwater world in which it lives. 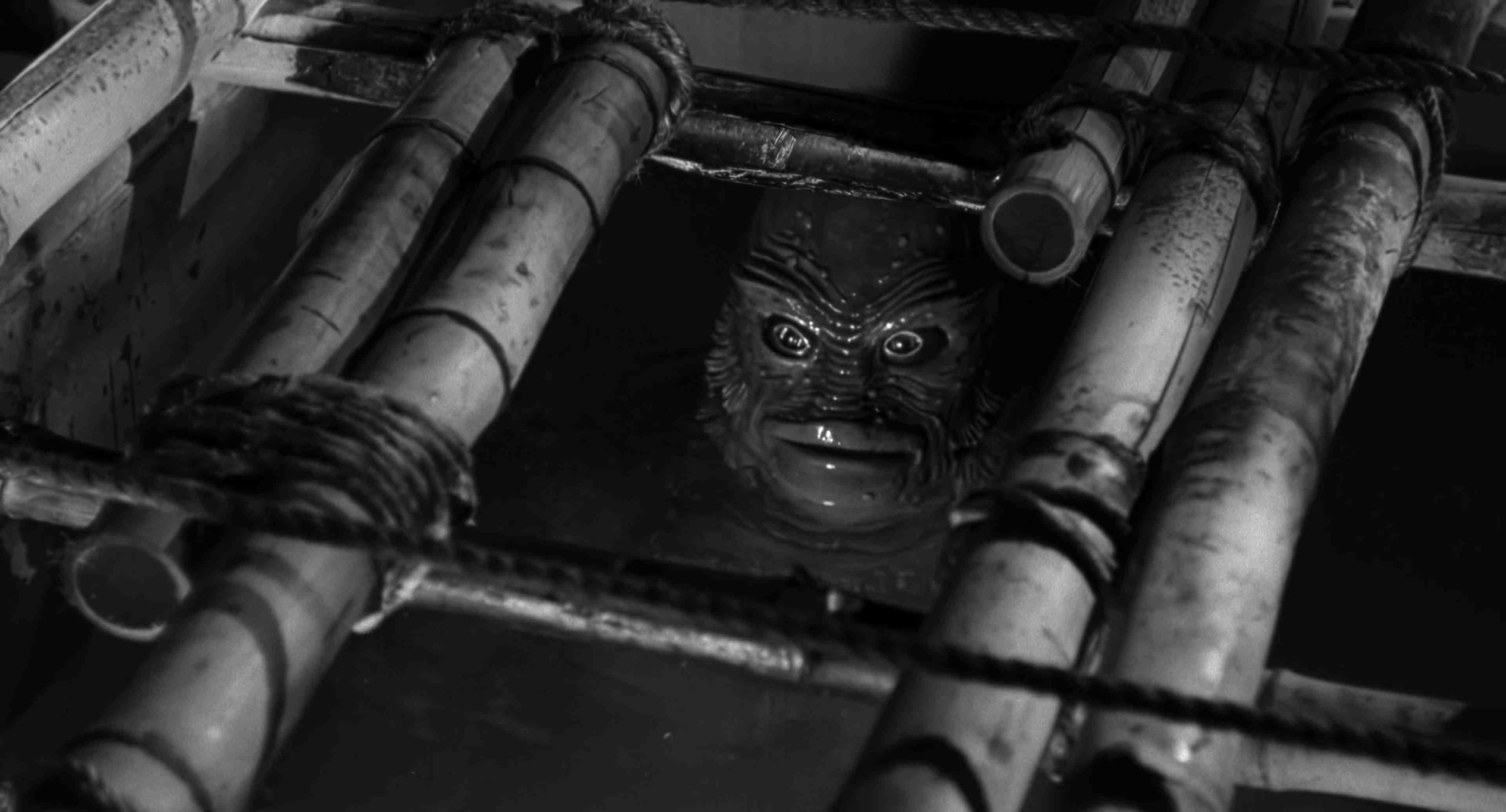 While most people would be familiar with pop-culture icons like Dracula or Frankenstein, there would be comparatively fewer today who would have heard of, let alone seen, Gill-man as a big-screen legend. It might be a surprise to many that Creature From The Black Lagoon became the springboard success from which many of American horror’s great creature horror films spawned, a benchmark film that spawned not only two sequels itself, but a legion of imitations that continues to this very day – hell, in many respects even Spielberg’s Jaws and Jurassic Park owe a lot to Jack Arnold’s archetypal monster movie, not just for reinvigorating the subgenre but for cementing specific tropes and clichés inside the popular consciousness for an entire generation. 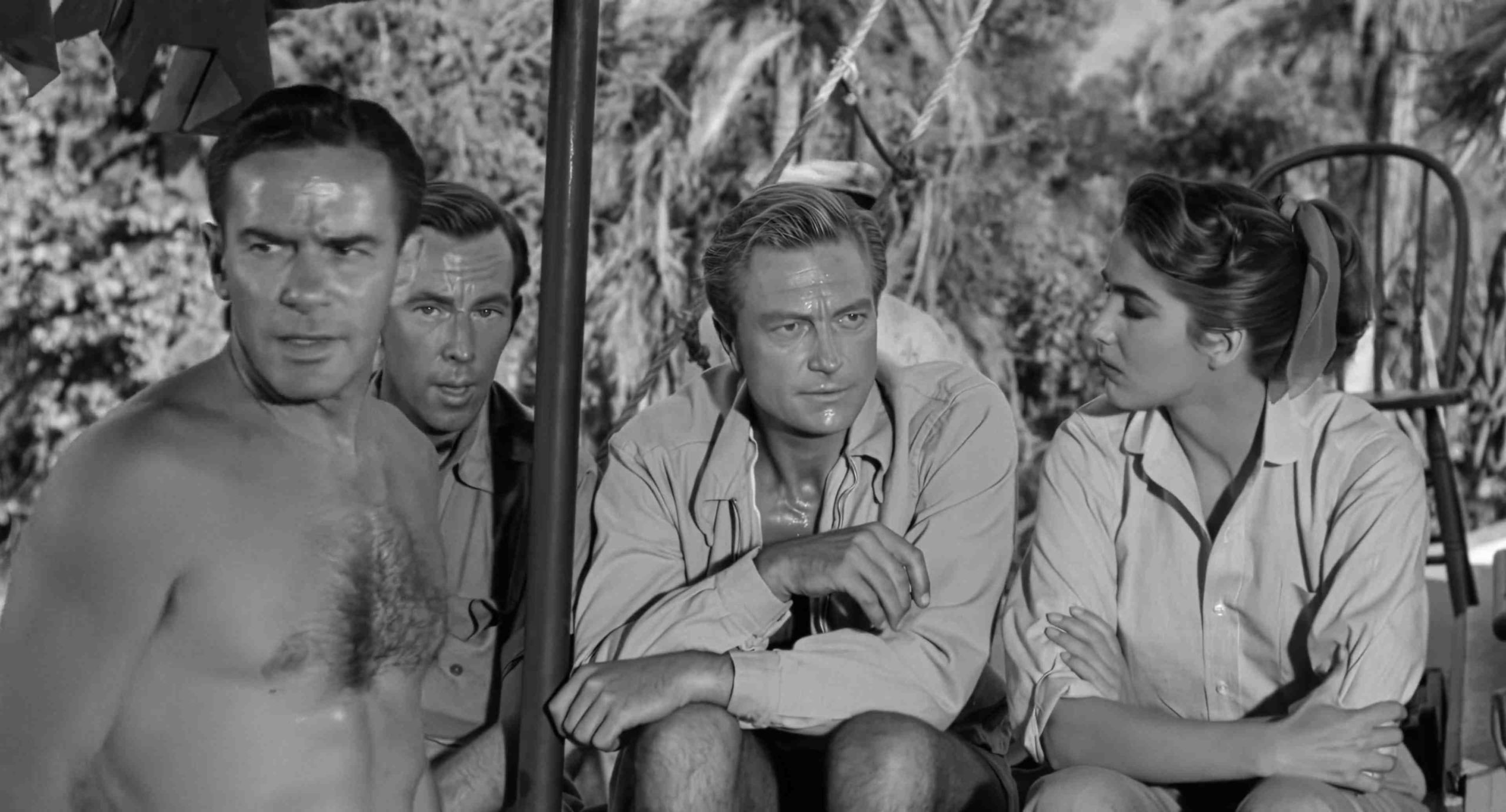 Written by Harry Essex and Arthur Ross, Creature From The Black Lagoon has a simplicity to it that works in that specific intangibility many great films exhibit – they just work. A combination of great cast, very good script (for the 50’s, that is) and dynamite direction, not to mention a crackerjack monster with plausible backstory and some fantastic cinematography. As an ensemble piece, the film’s basic premise has a group of smart scientists encountering a prehistoric creature and having to use their wits to survive the encounter. Echoing the original King Kong also helps; the scientists decide that if they can capture the beast and return to “civilisation” it would change the course of anthropological study forever. Jack Arnold, who the previous year had worked with Essex on an adaptation of Ray Bradbury’s It Came From Outer Space, turns his attention to the underwater kingdom and utilises some terrific below-the-surface photography in capturing stunt-performer Ricou Browning’s efforts as the Gill-man in his natural habitat. The titular creature is quite the eerie sight, even by today’s standards of makeup, with squinty bug-eyes and a terrific gaping maw just waiting to snaffle up a meal, and while Arnold doesn’t hold back showcasing his effective creature design and puts it on the screen as much as the script will allow, the way the film magnifies the strength and brutality of the monster works superbly. 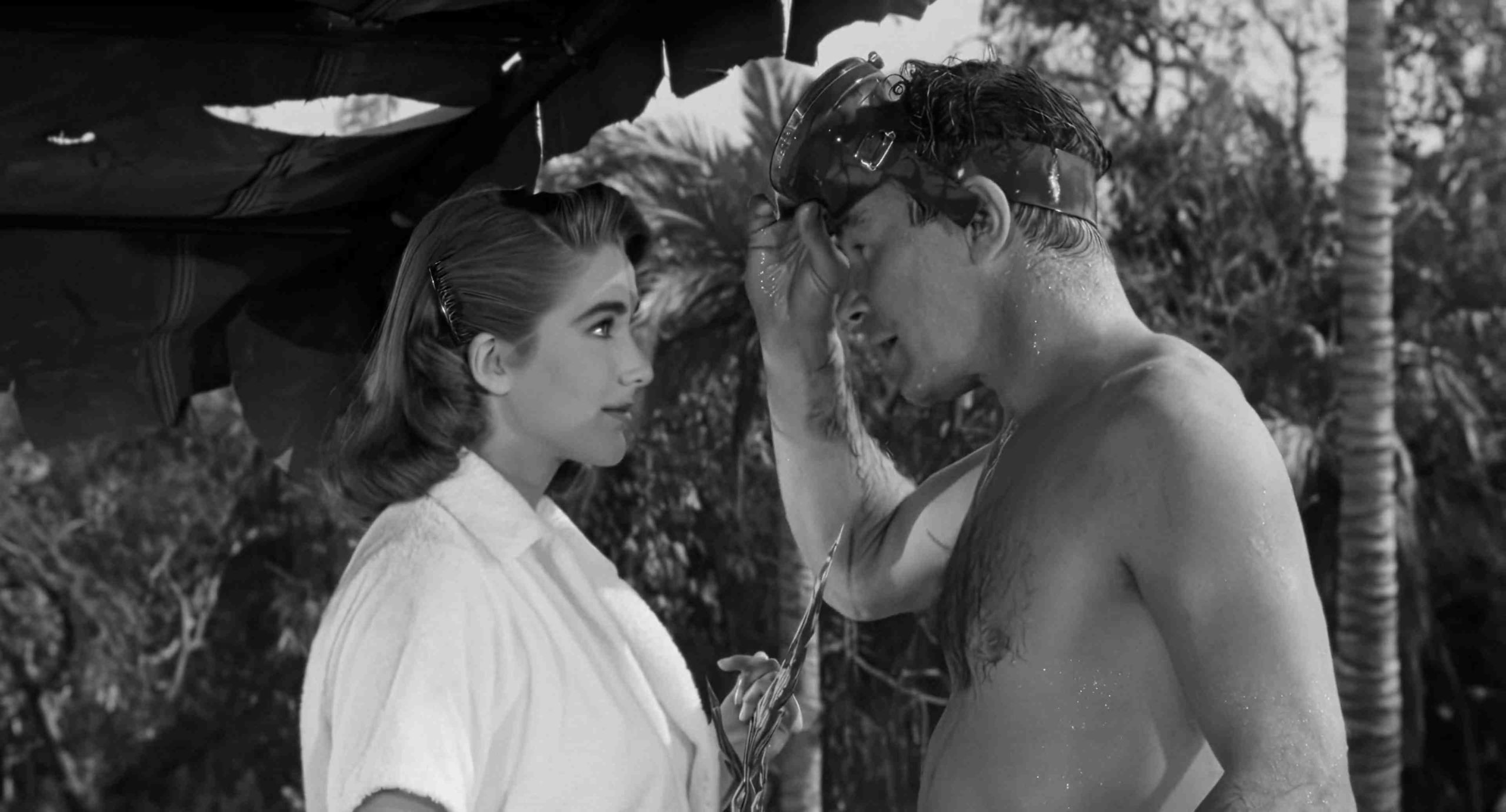 While the dialogue and style of the film might have dated by today’s standards, Creature From The Black Lagoon’s 3D originality and mix of crisp studio photography with stock and lower-budget underwater filming makes for a decidedly atmospheric aesthetic, less a derivation of any directorial decree and morseo simply from the movie being a product of its time. There are some shots in this film – currently available in 1080p on BluRay – that look like they were filmed yesterday, and more than a few that have that low-budget fuzziness we’re come to expect from genre films of this vintage, especially ones with such technical flourishes as extensive underwater sequences as this movie showcases. Jack Arnold’s direction isn’t particularly moody or horror-esque considering much of the film is brightly lit by the sun, with few shadows or darker sequences to speak of, leaving a lot of the tension and archetypal horror elements resting on how effective the titular creature is. One can often point to murky photography or dimly lit sequences as a method some directors used to hide flimsy creature or makeup effects where possible, but this film prides itself on the quality of the central figure of alarm; the costume design and manifestation of it as a practical suit, for both above and beneath the waves, is a feat in itself, and although clunky compared to the prosthetics employed by modern filmmakers – notably Guillermo del Toro for The Shape Of Water, perhaps the most modern equivalent to this film – it’s still quite an effective visual treat. 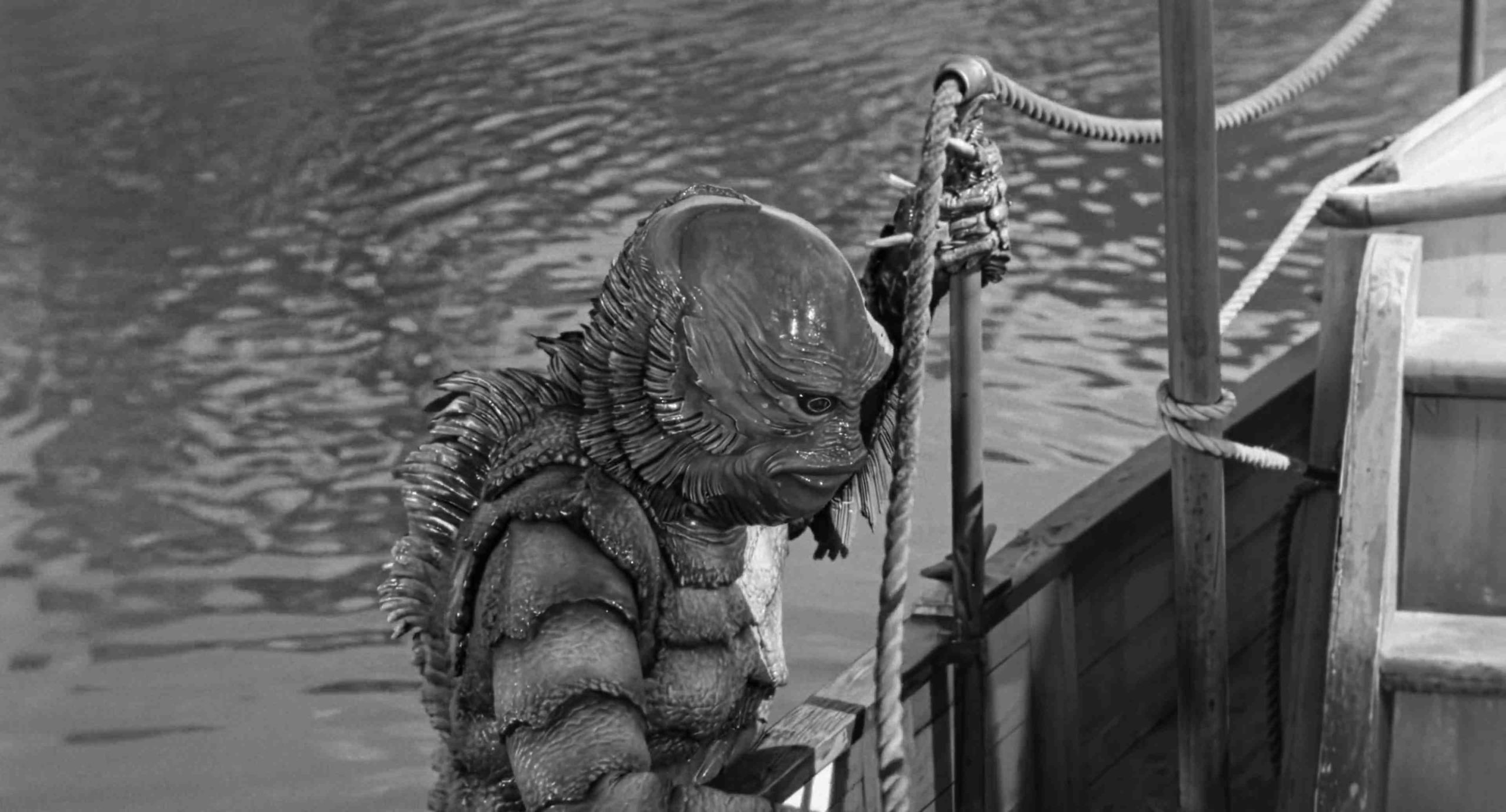 Richard Carlson and Julia Adams make for a gorgeous on-screen couple, with both offering quite intellectual dialogue without feeling cheesy or clumsily written. Richard Denning plays the closest thing to a human antagonist as the ebullient and narcissistic Dr Williams, the expedition’s chief benefactor and subtly written secondary love interest for Adams’ Kay Lawrence. He’s not an evil character as such, but one that definitely provides moments of inciting action when the plot feels a touch stagnant. Nestor Paiva steals every scene he’s in as the affable boat captain, whilst Antonio Moreno and Whit Bissell, as various expedition members, offer further width to the various scientific expounding the screenplay exacts. And although you never see them, stunt performers Ben Chapman and Ricou Browning do solidly creepy work as the monster on the surface and beneath the waves respectively – Browning, in particular, does some truly remarkable work without oxygen for extended periods, swimming alongside and around the other characters in the film as they search for the monster, and at times I legitimately found myself holding my breath. 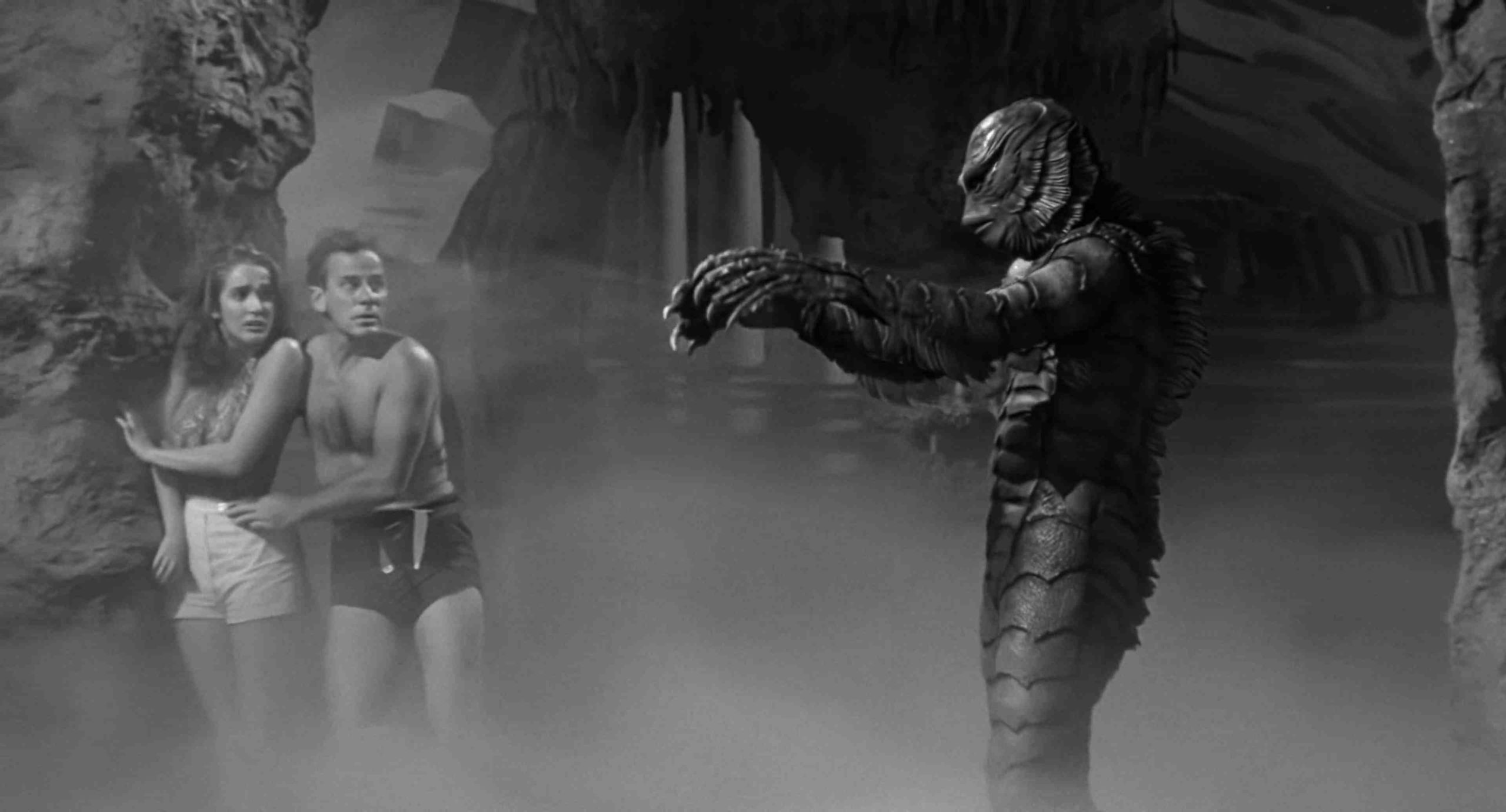 As one of the chief progenitors of multiple subgenre tropes we enjoy today, Creature From The Black Lagoon has been afforded quite rightly the cult status it is now regarded with. It’s nowhere near as silly or clunky as a mid-50’s creature feature might make you expect, and for a large portion of the film is actually quite a spooky mystery to behold. One crucial weakness is the film’s climactic final act, in which the creature kidnaps one of the boat’s occupants and takes them to it’s hidden lair… a lair too easily found and too easily escaped from, and the lack intrinsic danger in these final moments does feel out of place compared to the rest of the movie. It’s a small point in an otherwise quite well mounted production, a film directed with competency and acted with proficiency without hysteria or excessive style (an addendum: I did lose count of how many times Julia Adams put her hands to her face and screamed like a banshee whenever anything vaguely terrifying appeared behind her, so there’s that) and that set the benchmark for films that would follow. Creature From The Black Lagoon definitely holds up under scrutiny and is easily worthy of it’s monumental legacy.