Lou is an effective little B-movie thriller boasting Allison Janney in fine bitch-mode fettle, Jurnee Smollett (Birds Of Prey) as a strong-willed and protective mother, and Logan Marshall-Green as a vindictive assassin hell-bent on their destruction. One part survivalist thriller, another part family drama, and an all-round waterlogged dramatic actioner, I had a fairly decent amount of time with this taut genre Netflix entry as director Anna Foerster (Underworld: Blood Wars) wrings every last gasp of tension from this eminently competent venture. 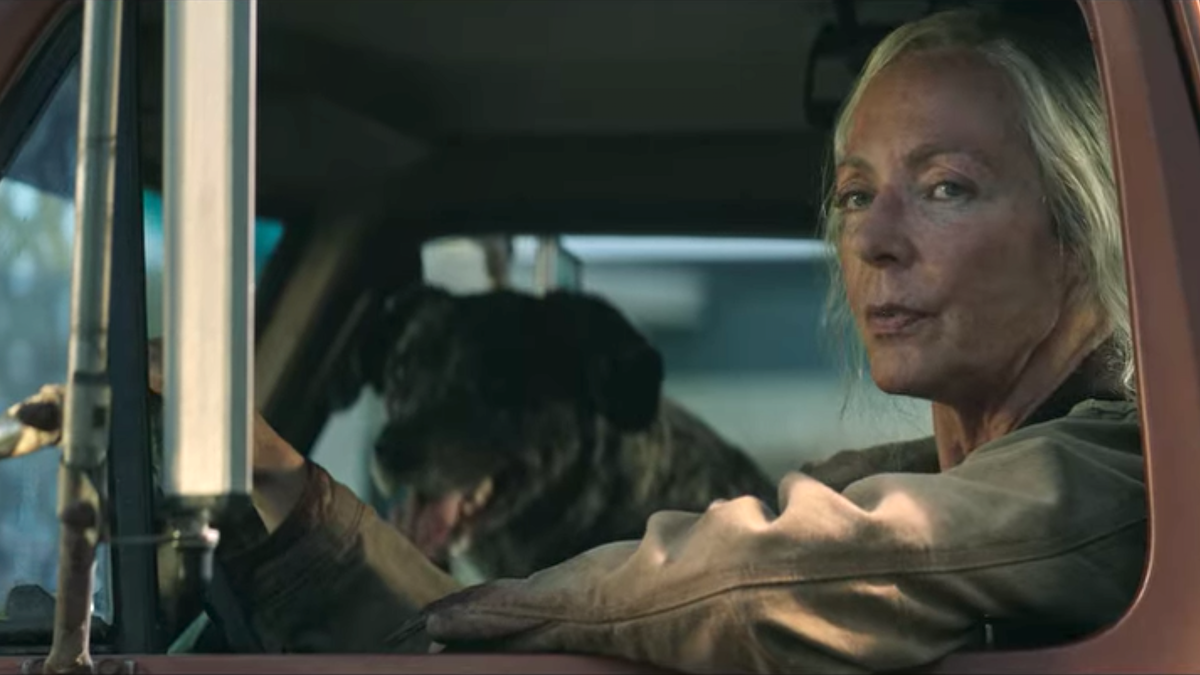 In the mid-1980’s, ageing and embittered loner Lou (Janney) lives with her dog on a far-flung Washington State island, a neighbour to young single mother Hannah Dawson (Smollett) and Hannah’s daughter Vee (Ridley Bateman). On the eve of a massive hurricane force storm, Lou has checked out her savings account, closed off her business, settled her affairs, and is about to commit suicide when Vee is abducted by a vicious assassin, Philip (Marshall-Green) and dragged off into the expansive forest hinterland to provoke Hannah into following. Lou proceeds to assist, gradually revealing her own personal history as an ex-CIA agent of some two decades, which makes her more than capable in deadly situations such as this. As the storm bears on, and time starts to run out, Lou and Hannah track Philip through the forest until they collide in an explosive confrontation of family, destiny and violence. Netflix’ strike rate with platform branded feature film acquisitions hasn’t been one of the studio’s successes, it’s fair to say. For every Hustle or The Adam Project there’s a dozen Red Notices or Project Powers; that is to say, more often than not I’m left disappointed with Netflix original films when I should be quite chuffed. Lou sits firmly dead-centre between excellent and mediocrity. It isn’t top-shelf Netflix but it also avoids the dreaded grey middle-area of complacency or formulism, a solidly entertaining if altogether circumspect action entry that offers more than a healthy dose of intelligence. Sadly, intelligence in action films seems to be on the decline this century overall, so hitting a sleepy little winner on the off these days is always a pleasant surprise. 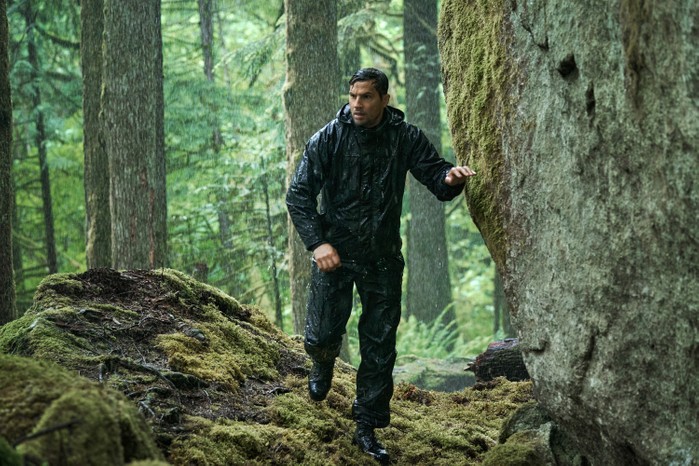 I admit, I much prefer Allison Janney playing a hard-assed bitch on the screen – her turn as Tonya Harding’s chain-smoking mother in I Tonya remains among her most vile and memorably screen outings – and Lou affords her the chance to play one again, albeit scruffed at the corners by a conciliatory ableism towards action. As Lou, Janney gets to kick ass and takedown dudes left and right as the plot, ostensibly about an older woman living alone in a lonely, solitary existence, springs into action with the arrival of the budget version Tom Hardy, Logan Marshall-Green, arrives on the scene. It’s at this point that Janney takes up the John Wick approach to action, offering a quietly spoken, deadly ace in the hole role of super-protector alongside Jurnee Smollett’s Everywoman prototype Hannah, a mother desperate to reunite with her daughter but lacking the skills to achieve it. This unevenly matched buddy-comedy routine (without the comedy) is the linchpin of Lou’s protracted chase sequence through the dense Washington forest, in which emotional heft and dramatic urgency are evenly matched with the occasionally bloody violence Foerster’s direction embraces. As far as villains go, however, they don’t come more redonkulous than Marshall-Green’s Philip, whose motivations and backstory are so jaw-droppingly unbelievable that it very nearly ruins what is quite a legitimate thriller. 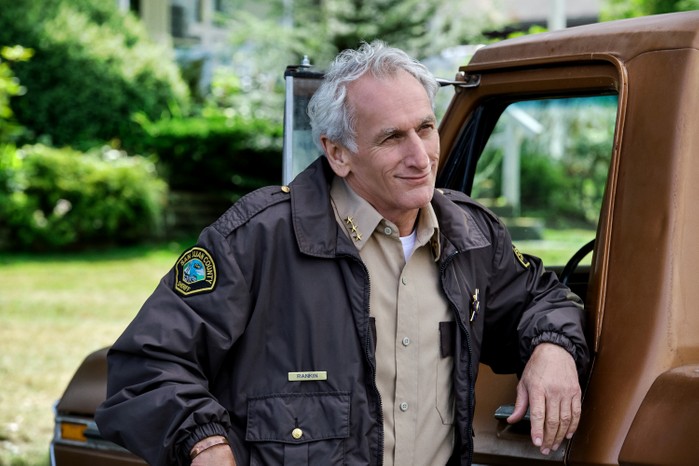 I really also enjoyed Anna Foerster’s direction. As a filmmaker she’s worked her way through the industry as both a second unit director on Roland Emmerich projects such as Independence Day and Godzilla, as well as numerous television directing credits (Criminal Minds, Westworld) and finding minimal critical success with her feature debut, the fifth Underworld movie. I think the more introspective television work has done her a great service here, allowing the script (by Maggie Cohn and Jack Stanley) to work more as a small ensemble chamber piece (the addition of Matt Craven as the local town sheriff is also a big win for me here) and the smaller scale of the project to fit neatly into her practiced wheelhouse. Lou definitely feels like a television episode told with a feature film budget; there’s a lack of ostentation and a visible focus on frugal storytelling, all of which allows for great character development that makes the most of itself before the requisite bloody climax. A touch of silliness creeps in towards the end that smacks of a studio requested “well, something has to explode at the end” directive, but overall I found Lou to be a subtly told, generally well acted and very well directed piece of fiction. 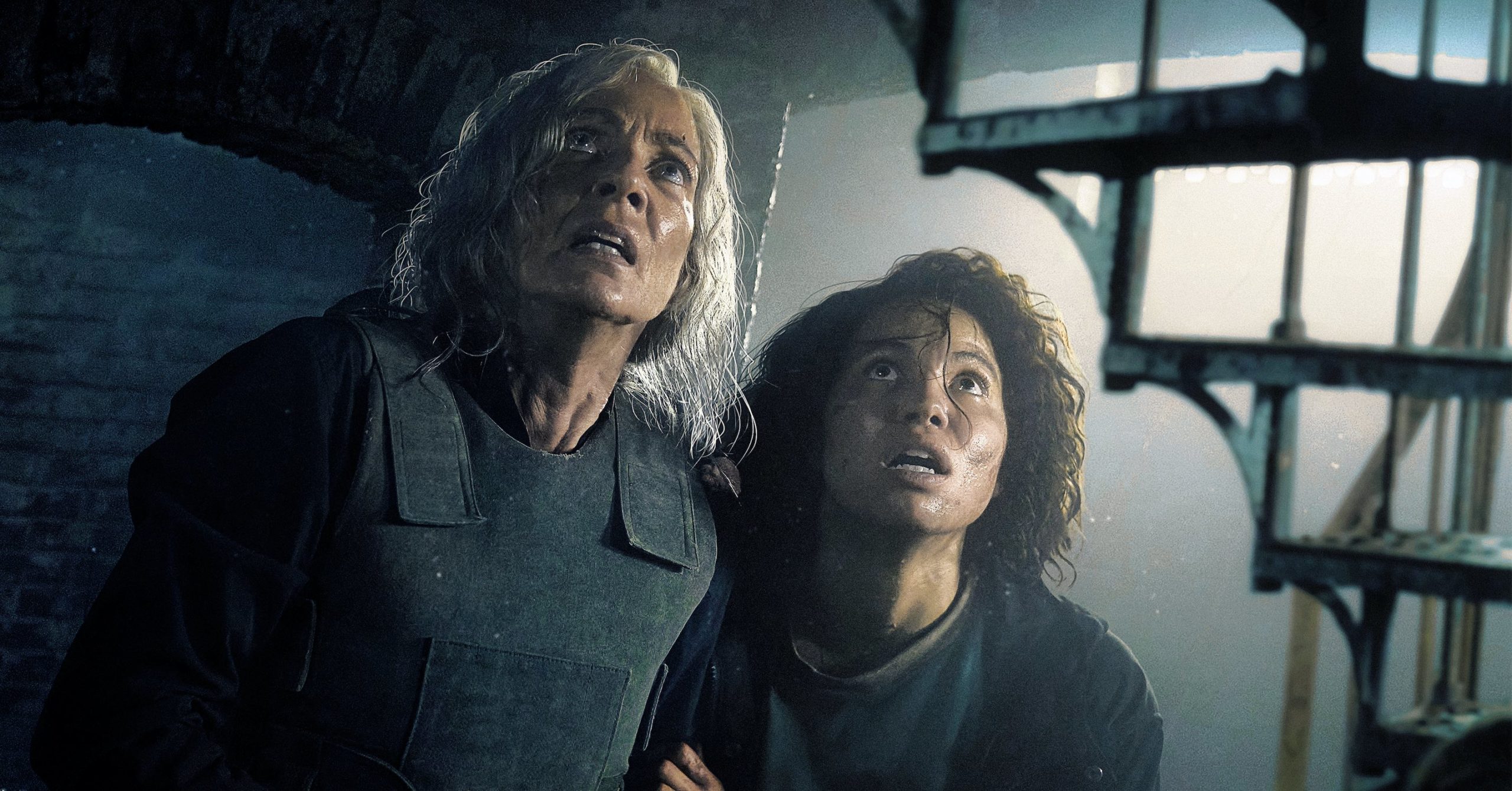 Lou won’t win any awards, and it’ll most likely become lost amongst the churn of Netflix’ deleterious algorithm and make it impossible to track down, but if you can I would urge you to give it a chance. It strikes me as the kind of film most people will enjoy even if it doesn’t tick all the required “action thriller” movie boxes, but getting to watch Allison Janney absolutely tear up the scenery is worth the price of admission, with everything else being a bonus.