Back in 2019, legendary filmmaker Martin Scorsese gave an interview to Empire Magazine in which he famously declared that he wasn’t a fan of comic book movies, and that they were the equivalent of  “theme parks” and perhaps most explosively, suggested the films “weren’t cinema”. It was a couple of tricky words taken out of a much broader context in that interview – which the director himself expanded upon in an article in the New York Times a few short months later – that set the online film punditry alight, with either side trying to extol the virtues of one of cinema’s most successful genres, or trying to pish-posh Scorsese, one of our most celebrated and accomplished filmmakers, as an old fuddie-duddie with one foot in the grave whose opinion we should just disregard. 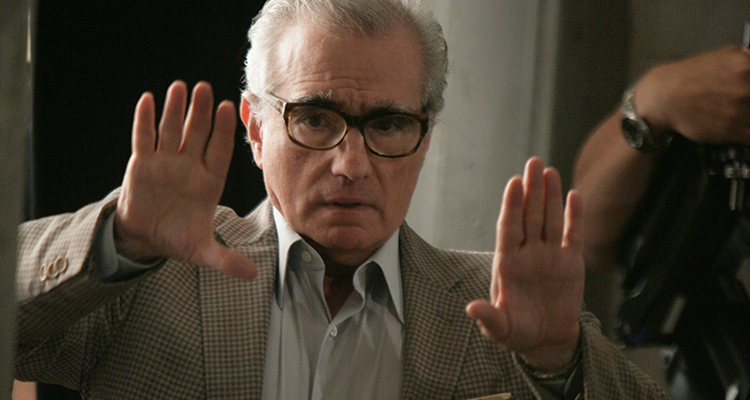 It’s become a rapidly tiresome cliché in the years since for interviewers, when chatting on red-carpet or talk show circuit events, to continually ask other prominent and not-so-prominent filmmakers if they’d ever make a Marvel Movie, a phrase which has somehow become a metonym for all comic book films, sometimes out of genuine curiosity but almost always out of a larger desire to once again stoke the flames of fanboy dissent. Most astute filmmakers are aware that these giant effects-heavy tentpoles are an enormous time-sink for any director or creative talent, from the actors who sign multi-film, mega-year contracts to the directors who are given little creative freedom within Marvel’s constrictive universe-building mechanism, and those who have built their careers outside of the comic book genre would hardly be castigated for wanting to potentially suffocate their own dreams and desires in their chosen profession. 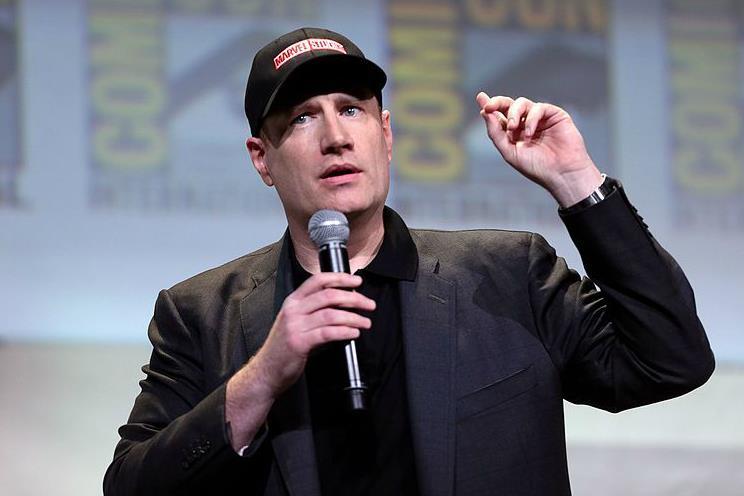 After all, Marvel’s overlord producer Kevin Feige, who spent decades prior to Iron Man honing his craft on non-MCU superhero films for both Fox and Sony Pictures, is famously – some might suggest notoriously – controlling when it comes to both the brand and the stories within that brand, as head honcho of Marvel Studios. Any director who comes aboard the good ship Marvel will be subject to the various boundaries and franchise requirements of tackling one of the most successful continuous storytelling machines in history, with each character arc, introduction, death and resurrection, and even meta fourth-wall breaking comes with a preset determinative pathway forward. Feige and his co-producing team of Victoria Alonso and Louis D’Esposito have dominated both the media landscape and the American – nay, global – box office for the best part of the last decade and a half, with an incredibly high success rate despite some flagging quality throughout Phase Four’s series of films and shows, beginning with WandaVision. The way Marvel Studios have maintained an organic storytelling flow, consistently delivered box-office results and almost without any crisis or controversy to speak of (the widely publicised James Gunn firing is perhaps the most memorable, as a bad-faith show of public strength) has become the hallmark of their brand, with every creative coming to work on their projects understanding that they are, essentially, merely a cog in a very, very well oiled machine. 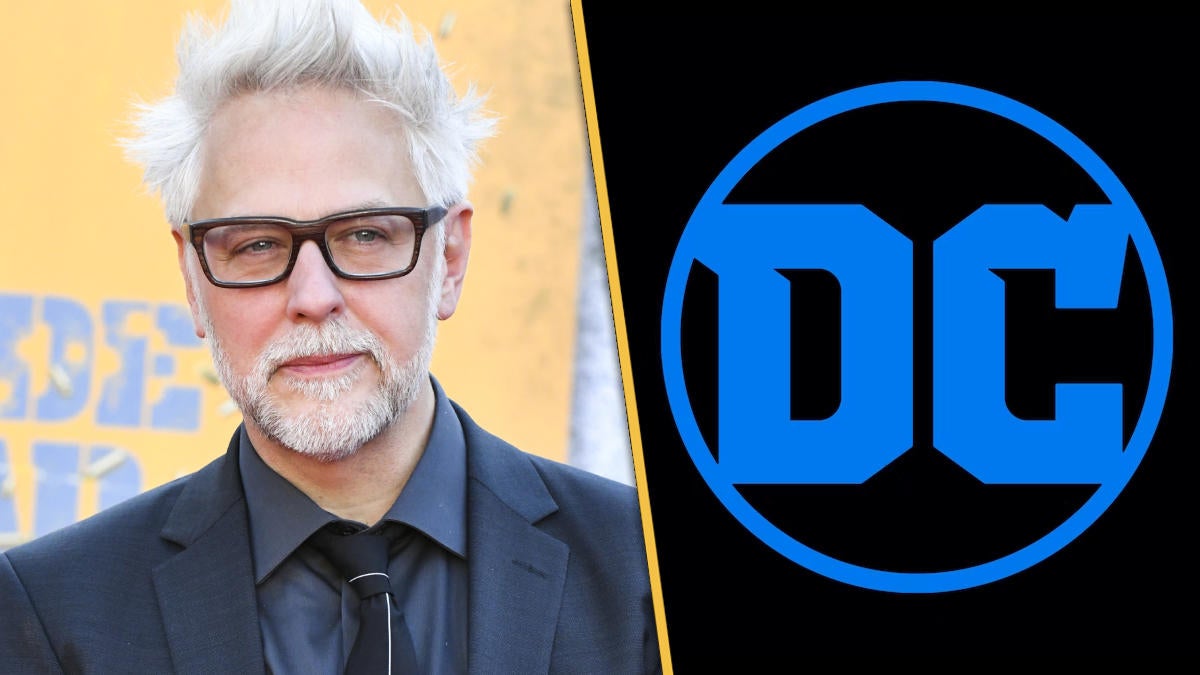 To a lesser degree, DC, now operating under the DC Studios branding after Warner-Discovery’s formation of a Marvel-like studio system who reports directly to CEO David Zaslav, have had their own issues with a stable, cohesive creative environment, not the least through producorial mismanagement and a complete failure to read the fan and public perception of what their output was reaping. From the unfortunate removal of Zack Snyder directing Justice League, to the installation of Joss Whedon and his eventually abortive release of the film following extensive studio-mandated changes, to the very loud and parochial Snyder Cut campaign and even to the successes of both 2019’s Joker (a Best Picture nominee) and The Batman earlier in 2022, the quality of DC’s stable of films has been uneven to say the least. The general public reacted with noticeable ambivalence to Snyder’s take on Superman, although acknowledged the stroke of genius the director delivered an unforgettable casting decision in Gal Gadot as Wonder Woman. If anything, DC Studios – now being headed up by James Gunn and Peter Safran as of November this year – has had less issue with bringing big-name directors to their projects because the perception is that creatives with good ideas are given a much freer reign to accomplish good, sometimes great storytelling. 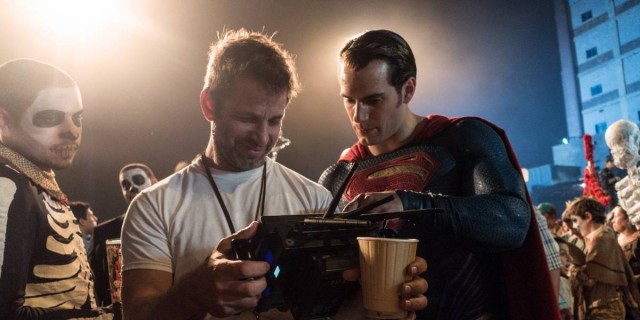 Martin Scorsese can’t be blamed for his thoughts on the Marvel machine, or even the wider comic-book medium as a whole, because – as he states in his own follow-up article on the matter – while they are undoubtedly made by very talented people working at the top of their game, the content of those films isn’t something the director has any real interest in. To be fair, watching people in tight costumes with a variety of powers and abilities isn’t the acquired taste it once was, but for an increasingly older generation of viewers it’s far sillier, and far less intellectual, to them than, say, the films of Bogdanovich or Cassavetes. I have come to appreciate Scorsese’s view of comic book films in the same light as my own lack of appreciation for manga or anime; I can recognise it’s an artform, and requires an amazing amount of talent, but for the life of me I can’t watch a Studio Ghibli film without wanting to jump through a window. I just don’t “get” them. Same with screaming death metal music: for why would anyone listen to that? 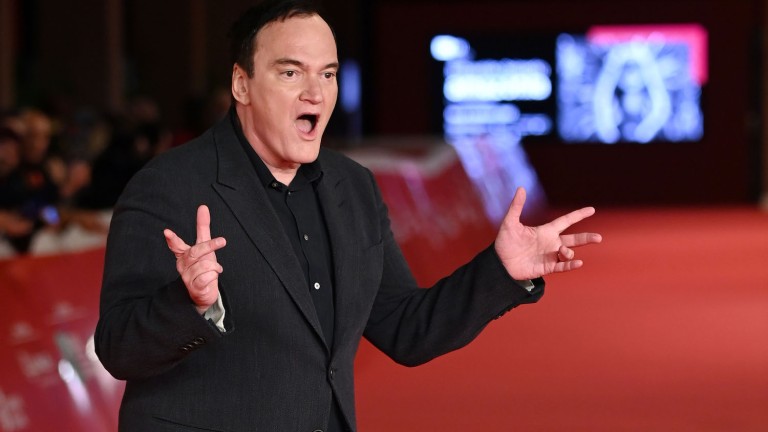 Established filmmakers continue to be asked their opinions on the latest tentpole superhero films to come from Marvel, DC or Sony, the latest being the overtly opinionated Quentin Tarantino. Remember, Tarantino was rumoured to be working on a dark, adult Star Trek film of some kind, which both excited casual fans and terrified the hardcore base, so he’s a director not exactly afraid to plunge into franchise filmmaking. He’s one of the more famous modern auteurs, directors who make films specific to their aesthetic and, by and large, who refuse to kowtow to a studio or producer’s concerns about a product. Filmmakers such as Woody Allen, the Coen Brothers, Spike Jonze, Spike Lee and David Lynch are all creative talents who have carved out a very specific niche in Hollywood’s omnipresent glut of “content”; you go into one of their films understanding you’ll be watching a very specific type of movie, one that may not always be palatable, or at the very least a film that will challenge your opinions or thoughts on a particular topic. These kind of filmmakers are the literal Hollywood definitions of square pegs who will never fit into Marvel or DC’s round holes, if you’ll pardon the butchered idiom.

Tarantino recognises that directors for Marvel are “hired hands”, filmmakers who can step in and make a film that largely operates under a set of strictly controlled predetermined ideas. I’m doubtful he meant this in a disparaging way, in much the same way that an engineer helps design a sports car they don’t own or a teacher educates children that aren’t their own. Feige has become perhaps less a producer and more a showrunner for the wider MCU, boasting not only feature films but also hit streaming series and one-off specials to his name, and uses his hired directors merely a guiding hands to procure a specific outcome for his plans. It would be a director of considerable ignorance to expect to step into the Marvel Studio system and not expect to have a tighter controlling oversight in play than they might otherwise be used to. Directors who think this is a bad thing for them would be best served not signing on. For a director wielding the industry clout and iconic legacy that Tarantino displays, why would he want to restrict himself to the control of another, irrespective of the fandom allegiance he would garner? Would an Avengers movie with Nick Fury uttering the N-word look incongruous alongside The Hateful Eight, Django, or Pulp Fiction on his IMDb page? 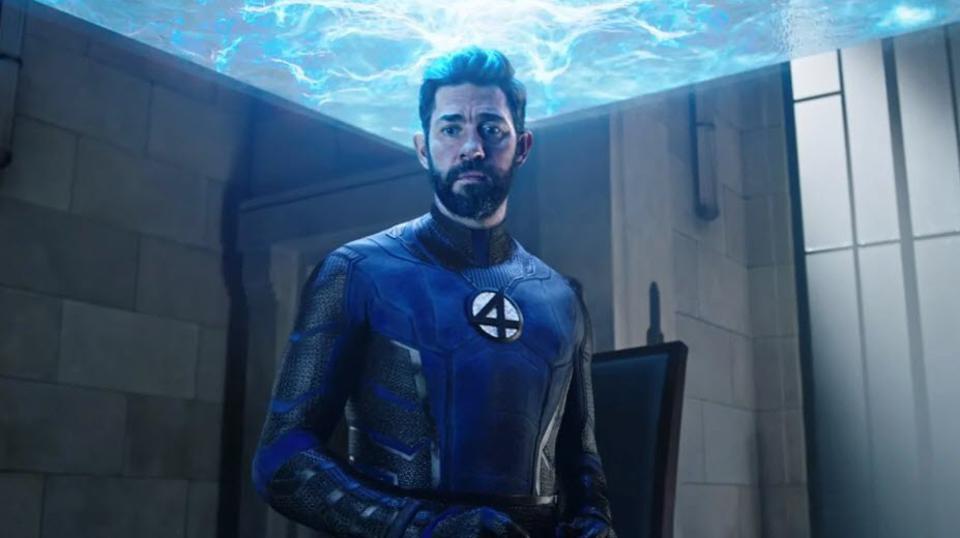 In many ways this is an adjunct topic to the continuous onslaught of fancasting that occurs whenever a new property is rumoured to be in development. I’m confident poor John Krasinski sleeps quite well knowing that millions of folks around the world are hoping with all their hearts he’s cast as the new Reed Richards for Marvel’s Fantastic Four, following his gleeful cameo in the role in Doctor Strange & The Multiverse of Madness. It’s this sturm und drang approach to cultural discussion that provides both healthy examination of populist entertainment for the masses, and an eye-roll of resigned melancholy from cultured, refined filmmakers of “art” such as Scorsese, Denis Villeneuve (another who has claimed he would never step foot on a Marvel film set) or Ridley Scott. 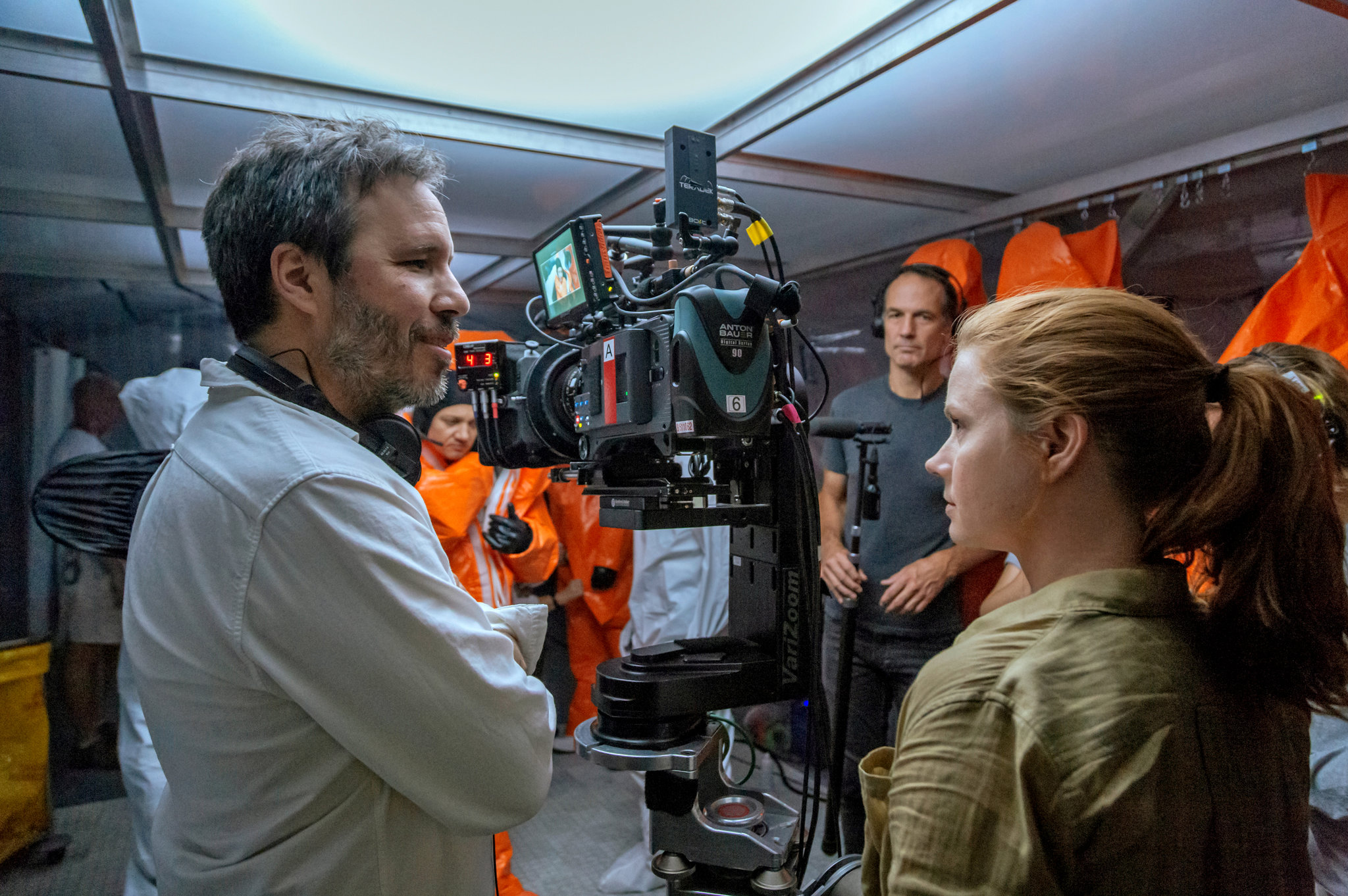 I can understand the insatiable desire for media to obtain the latest scoop of industry news, an unstoppable behemoth of tidbits, rumours and speculation that feeds a gluttonous machine of Youtube, Twitter and social media punditry (as well as bloggers like you’re truly) all vying for their voices to rise above the cacophony. We pore over the minutia of what our favourite filmmakers think about whatever tentpole box-office titan is currently showing, and speculation about favourite filmmakers joining the ranks of our adoration in some orgy of fanservice – imagine the internet if Spielberg came out and said he was directing Avengers Secret Wars – and we cry foul when somebody we admire and respect pooh-pooh’s the object of our obsession.

I think we need to put less credence in whether one of our favourite filmmakers is taking on a job – and that’s all comic book movies are at the end of the day, jobs to satisfy the gluttony of corporate interests – and boost the pedigree of rising talents who might not otherwise get an opportunity to cut their teeth on a blockbuster movie. I’m sure there are plenty of young industry hopefuls who would gladly take a stab at Blade, or a swing at the X-Men reboot, without circling back to the same old industry names everyone knows Marvel isn’t based on popular name casting or production, it’s based on IP they can manipulate; as the growth of comic book films has expanded exponentially since 2000’s X-Men (and perhaps more auspiciously 2005’s Batman Begins) the status of the genre has led to many high profile actors taking on roles of varying sizes within Feige’s universe, but the films aren’t primarily sold on these aspects. Just ask Terrence Howard. 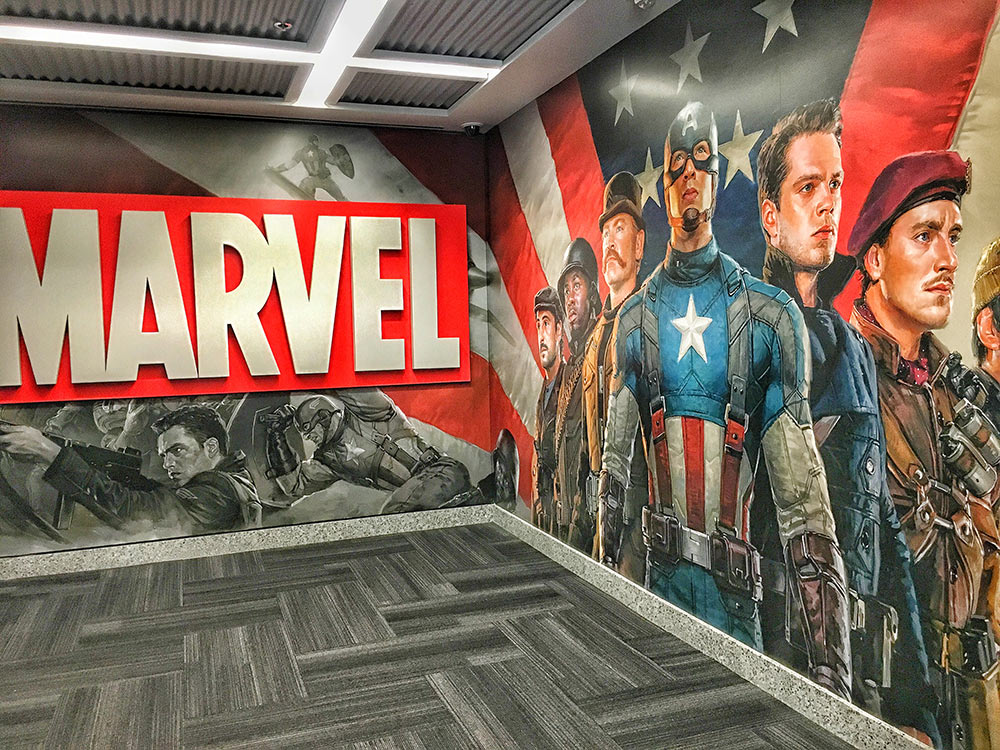 So when filmmakers, actors or other Hollywood creatives answer a one-minute interview question with “they’re not for me, they’re not real movies”, it might be best to consider that to some people Marvel, DC and Sony’s comic book movie output – while financially successful – still have an inward perception of being less-than artistic endeavours, leading many highfalutin’ industry professionals to avoid taking them on. After all, not everyone loves Iron Man or Wanda the same way you do, and that’s okay. Maybe interviewers should come up with questions that ask for more than flippant, offhanded denigration responses. In the end, it does nobody any good.