As far as dull, generic actioners go, Liam Neeson has made some absolute stinkers. Blacklight, shot here in Australia, is another one; risible writing, terrible acting and a truly laughable ending, saddled with far-too-flash-for-its-own-good cinematography make this film an astounding chore, with Neeson’s commanding frame and voice going nowhere in this wheel-spinning, lazily concocted debacle. I would go so far as to suggest it’s the worst Jerry Bruckheimer film Jerry Bruckheimer never produced, what with its mid-2000’s cinematography and penchant for laughable dialogue at the most inappropriate times: I was screaming at the screen, this was such a frustrating experience to watch. 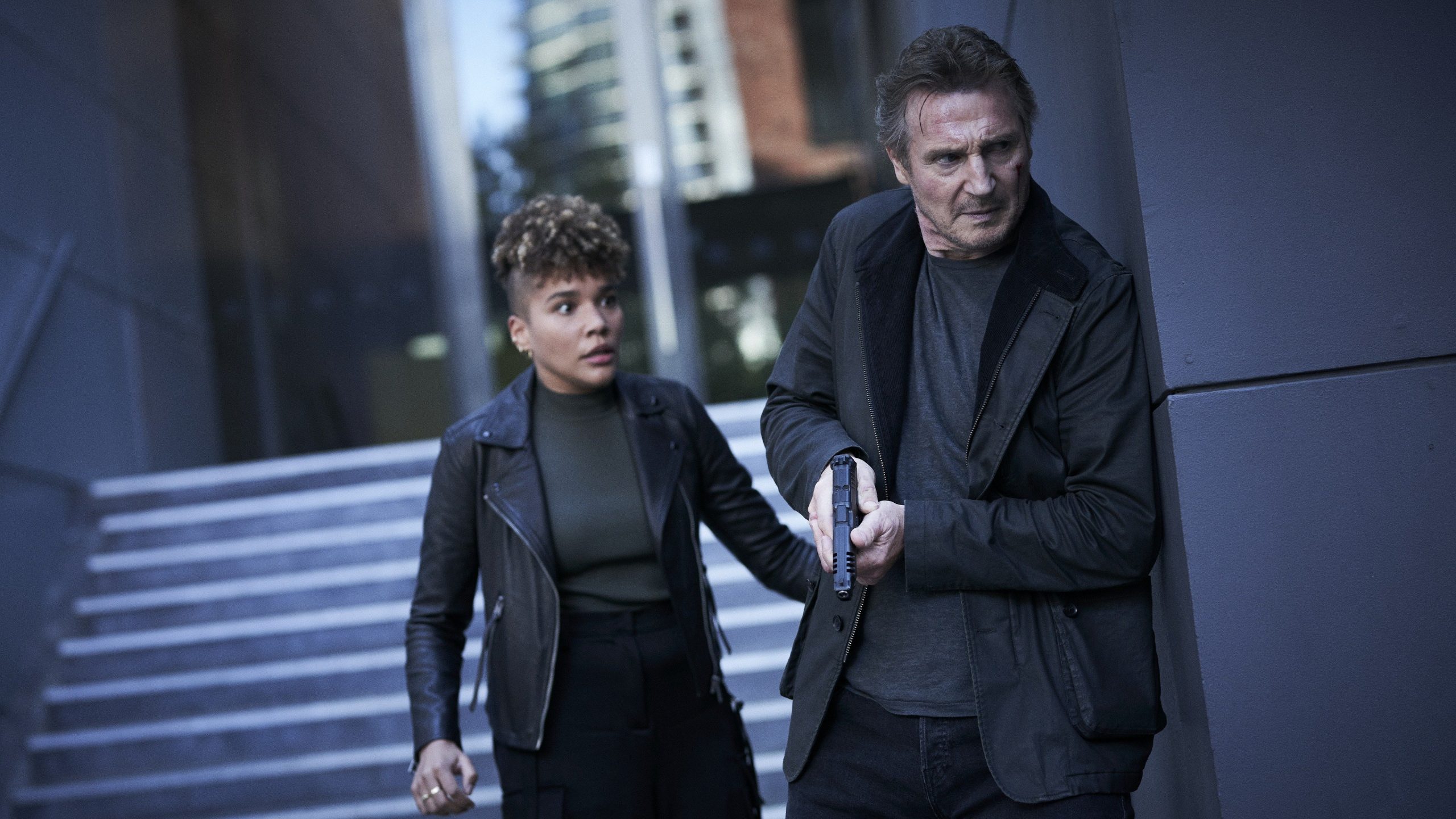 Neeson plays Travis Block, a truly blockheaded FBI fixer working for the duplicitous Gabriel Robinson (Aidan Quinn, chewing the scenery like no other) and whose continued OCD-afflictions put him on the outer with his daughter Amanda (Claire van der Boom) and his granddaughter Natalie (Gabriella Sengos). Block spends his time bringing in deep cover agents for the Feds, rescuing them from typically awful scenarios and returning them for debriefing. It’s as obscure a career as you can get, although Block is quite good at it. Suddenly, he finds things a little tougher with Dusty Crane (Taylor John Smith), who is appears has uncovered something fishy in the state of Denmark – apparently FBI Director Robinson has been doing some unscrupulous stuff behind the scenes and the moral conflict this creates for Block brings him into the frame of betraying everything he knows. Rising star journalist Mira Jones (Emmy Raver-Lampman) is hoping to make a story out of it but her enthusiasm and naivete put her directly in the path of “national security”, with only Travis Block to protect her.

Blacklight is cliched, formulaic, generic and rote: it’s an immaculate Liam Neeson action film in every sense, in that it offers very little tension, contains marginally enthusiastic action (a downtown truck-and-car chase through the streets of Australia’s capital, Canberra, is solid but obviously filmed on a Sunday morning) and strings its basic, elementally written plot together with the kind of lumpy clag glue you’d use in a kindergarten. This is a film designed as a marketing exercise, not a creative storytelling enterprise; the tagline for the film screams “they’re gonna need more men”, which is kinda accurate, but also not quite, when the sum total of henchmen thrown at Neeson’s incredibly stupid Travis Block in the climactic showdown numbers four. Yes, the number between three and five, which is totally not the number of henchmen you need to take down a man of Block’s impressive pedigree. The fact that the script outright states that Travis Block has never killed anyone in his job is literally kneecapped 30 minutes later when he takes on the aforementioned four special operative dudes late in the movie. This film doesn’t know what it wants to do with anything. 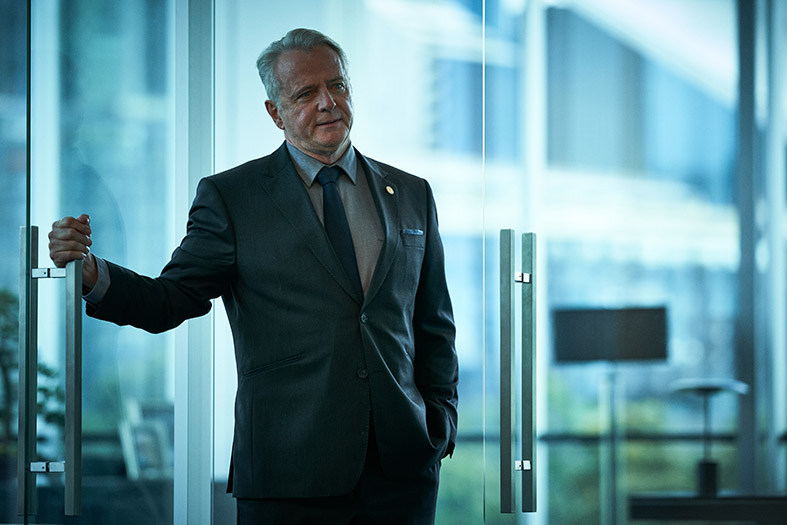 The whole thing is incredibly generic, and assembling this much idiocy in one film ranks as perhaps its only highlight. Characters are poorly written, terribly developed and encumbered with graceless backstories, not to mention a malignant iniquity in terms of emotional heft. Neeson’s Travis Block suffers from Obsessive Compulsive Disorder, something he’s often used to his advantage in his line of work, but a condition that’s thwarted his painfully clumsy attempts to be in his daughter and grandaughters’ lives. Why they tried to give Block a redemption arc when he isn’t an asshole and doesn’t need redeeming I’ll never quite figure out, but here we are. His relationship with FBI Director Robinson is one of historical amenability but riven with fractured modern politicization, the old angry “I’m done with this job” line getting a fair run in this hodgepodge screenplay. Aidan Quinn chews the scenery as Robinson with aplomb, knowing exactly the kind of B-movie schlock he’s paid to appear in and just having a grand old time running acting rings around his taller, more celebrated co-star. The familiarity with this boss-employee trope is such that the film barely even tries to hide who the Big Bad is, it just flat-out launches into Quinn’s character operating above the law with impunity despite all manner of headscratching plot developments – in one scene, four city cops get the shit kicked out of them and the FBI can just quietly hide this from the public? Please. 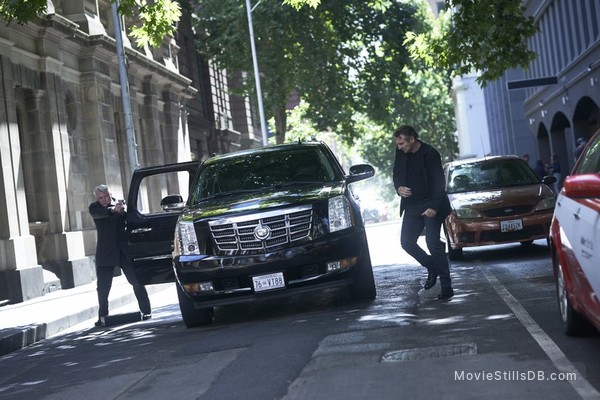 Half the pain of watching this is just seeing Neeson excruciatingly have to converse with actors far less talented than he. The kid playing his granddaughter does a solid job, and she seems at ease alongside Neeson, but every time Neeson’s voice slips into a cheeky higher register all I hear is Good Cop from The Lego Movie. Every conversation with Block’s daughter is an examination on the problems of OCD and how it manifests to destroy relationships – honestly, what horseshit. Every scene involving Emmy Raver-Lampman’s Mira Jones is a torture test in not wanting to throw something through the screen; honestly, the whole “talented yet inexperienced newspaper reporter” schtick wears itself out quite quickly, and Raver-Lampman’s performance is unable to elevate the thinly written role above near-parody. Oh, and Taylor John Smith’s character? Dusty Crane? About as meaningful as the black suitcase in Pulp Fiction – he’s a MacGuffin and consequential to the plot in only a limited capacity, and yet he’s prominent throughout the first half. Ugh. 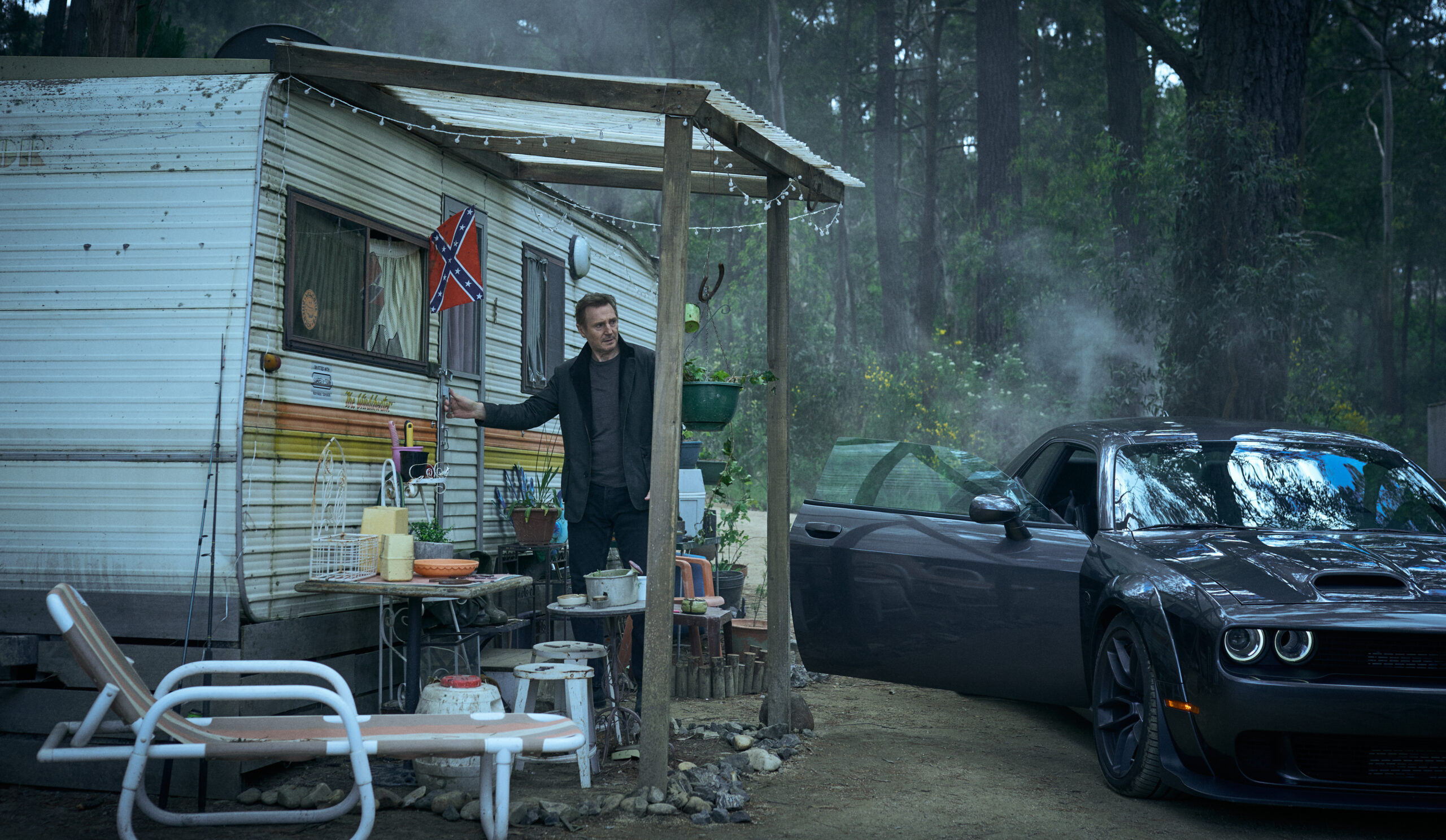 The problem with the film is that the characters and plot all seem to be acting independently from each other. There’s no connective tissue between anything going on, and this isn’t helped by a dearth of expositional visuals to help propel the government bad guy subplot around which a lot of Blacklight’s story hangs. The film posits that Robinson is assassinating members of the public in order to further his agenda – save for the jarring opening sequence, the import of this command isn’t felt at all in the movie, hanging like an albatross around the plot late in the game but insufficiently depicted to engage the audience. So what, we ask, wondering when Neeson is going to start punching people. It’s trying to be a political thriller, an espionage mystery, and a journalistic diatribe for freedom of the press: it fails utterly to be any of them well. Watching the elderly Neeson stumble through city streets (or as we call it, “ambling”) it’s fast becoming apparent that the status of action star has now passed the Irish thespian by. Even the fight sequences and helter-skelter bombast feel jaggedly slow-motion, as the editing tries to cut around the fact that Neeson can’t quite move like he used to. 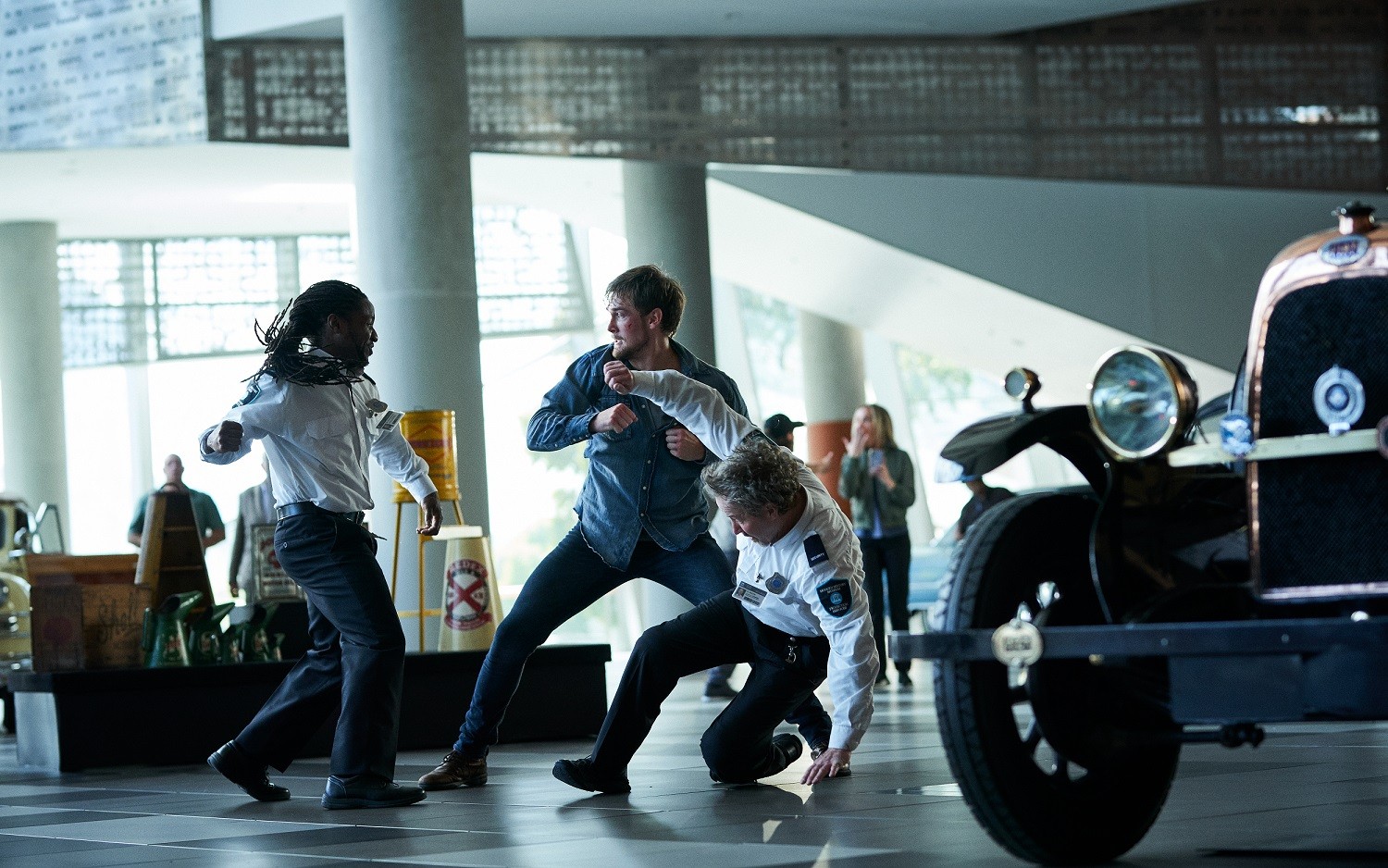 Blacklight is a film running on empty, half-concocted fumes. It’s a desperately dull, anaemic affair with generic characters, writing and terrible performances as far as the eye can see. Formulaic to a degree that would make even Steven Seagal blush, Blacklight’s retread script offers no thrills, very little intelligence, and a high degree of all bark, no bite action. It also contains one of the most laughably bad conclusions to a film’s main bad guy ever – have you ever wondered if Liam Neeson could ever just growl a villain into submission? In Blacklight, that question is answered. God, how terrible for all involved. Blacklight is forgettable shit that doesn’t deserve to waste your precious time. Avoid it.