The fifth and final instalment in the poster child series for Law Of Diminishing Returns, A Good Day To Die Hard is pure and utter nonsense that has deviated so far from the formula of the original film it feels more like a Michael Bay clone than the popular wrong-guy-wrong-place franchise. Generic, jittery-camera action, a leading man utterly baffled by why he’s in the film, nonsensical villains and an eye-rolling plot device, not to mention one of the worst screenplays for dialogue ever written by the hands of man, A Good Day To Try Hard might have been a better title: the fifth instalment of the beloved franchise is an absolute turkey. There was a time when I would have loved this movie. I’m pretty sure it was before my balls dropped and before I understood things like physics, logic and reason, because, much like the maligned Live Free Or Die Hard (which I really did enjoy), character and story take a back seat to hysterical explosions, gravity-defying stunts and drab, Russian-set cinematography. Director John Moore (Behind Enemy Lines, Flight of The Phoenix) stepped up to the camera following the debacle that was Max Payne to helm a screenplay by Skip Woods (Hitman, The A-Team) and attempts to revive the ailing franchise by invigorating it with Jai Courtney playing the estranged son of John McClane (a returning Bruce Willis), caught up in some kind of Russian terrorist plot involving stealing a file from a vault inside Chernobyl. Transplanting all-American screen hero McClane to the foreign soil of Russia might have seemed like a good move in the pitch meeting, a subtle middle-finger to the country’s noted autocratic regime, but the payoff is detrimental to the franchise. 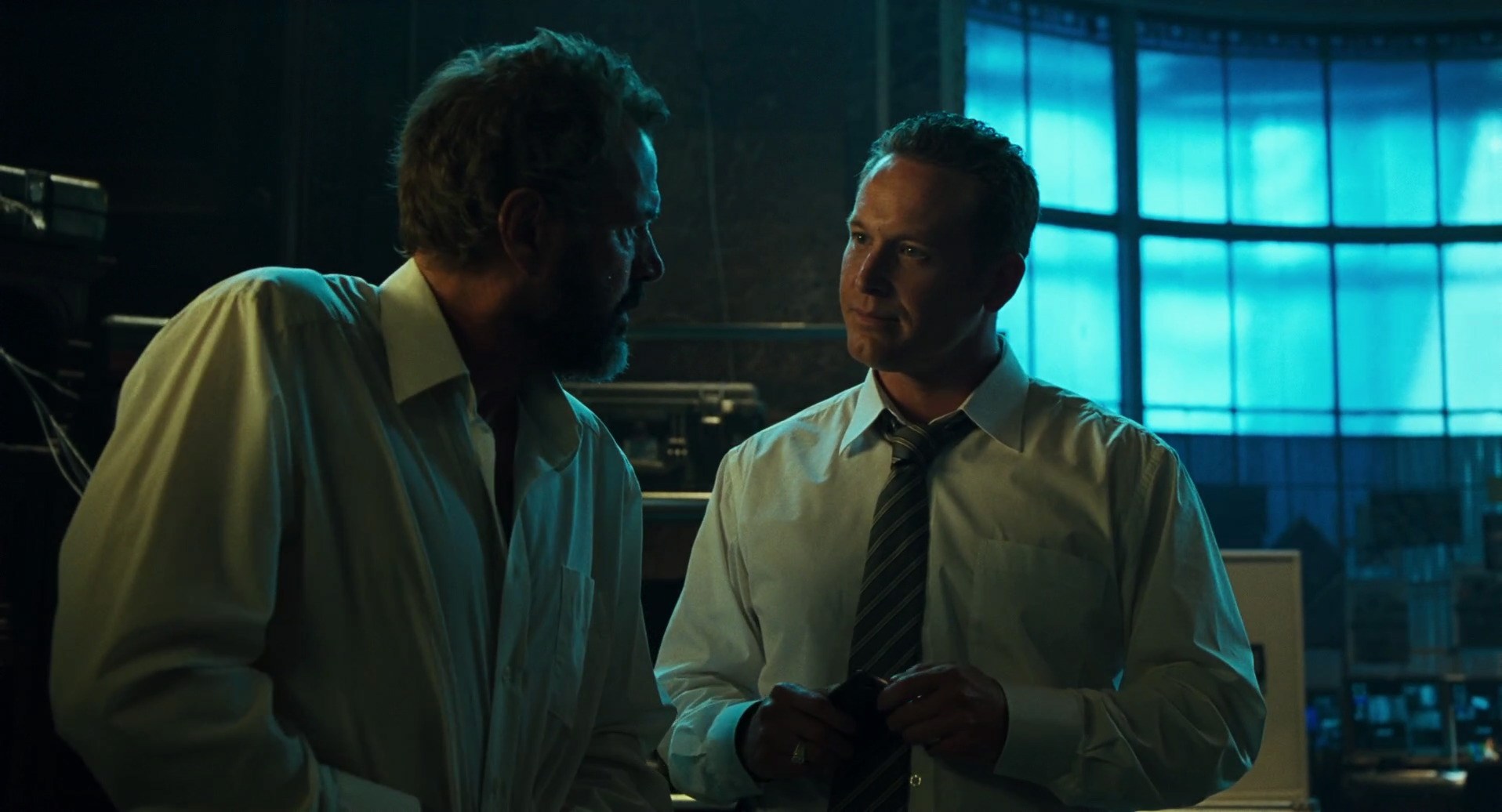 Arriving in Russia McClane meets up with his son Jack after the latter has escaped from a Moscow courtroom following an attack led by Alik (Redivoje Bukic) and ordered by crime boss Viktor Chagarin (Sergei Kilesnikov). John and Jack flee with Yuri Komarov (Sebastian Koch), a dissident on trial for crimes against the state who has a file implicating Chagarin, a rising political figure, in underhanded activities. As they trek across Russia and into Ukraine to Chernobyl, where the file is hidden inside a secret vault (because why not), the bickering McClanes have to put their differences behind them to thwart Chagarin’s plans, plans which also have implications for Komarov’s daughter, Irina (Yuliya Snigir). 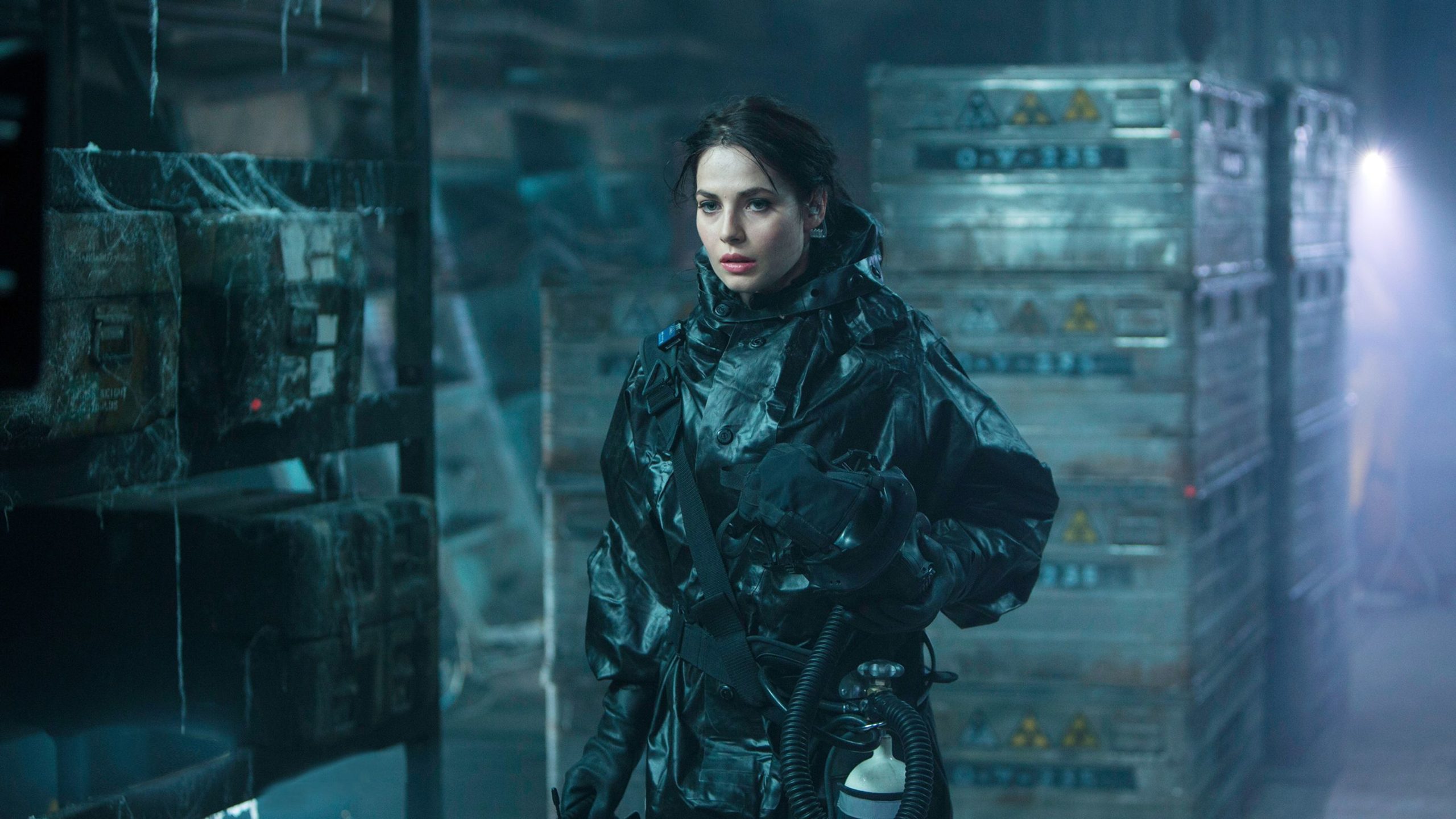 Part of the charm to the original three Die Hard films, and less so the fourth, was the fact that throughout them all John McClane was an accidental hero. He was the right guy in the wrong spot, at the right time. Surviving on his grit, wits and never-say-die attitude, McLane became a box-office phenomenon without once stepping into spandex and donning a cape to fight crime. The fourth Die Hard saw McClane take several steps towards becoming an untouchable superhero well out of his depth, in a graceless descent from the affable, irascible screen icon we have come to know and love. With A Good Day To Die Hard, McClane actually seeks out trouble by arriving in Russia after a dossier indicating Jack’s arrest is handed to him, making him more of an inciting incident instead of an unwilling participant. It removes our empathy for his plight, when instead of just walking away he inserts himself into the action on purpose; this isn’t John McClane, this is every single action hero ever since. 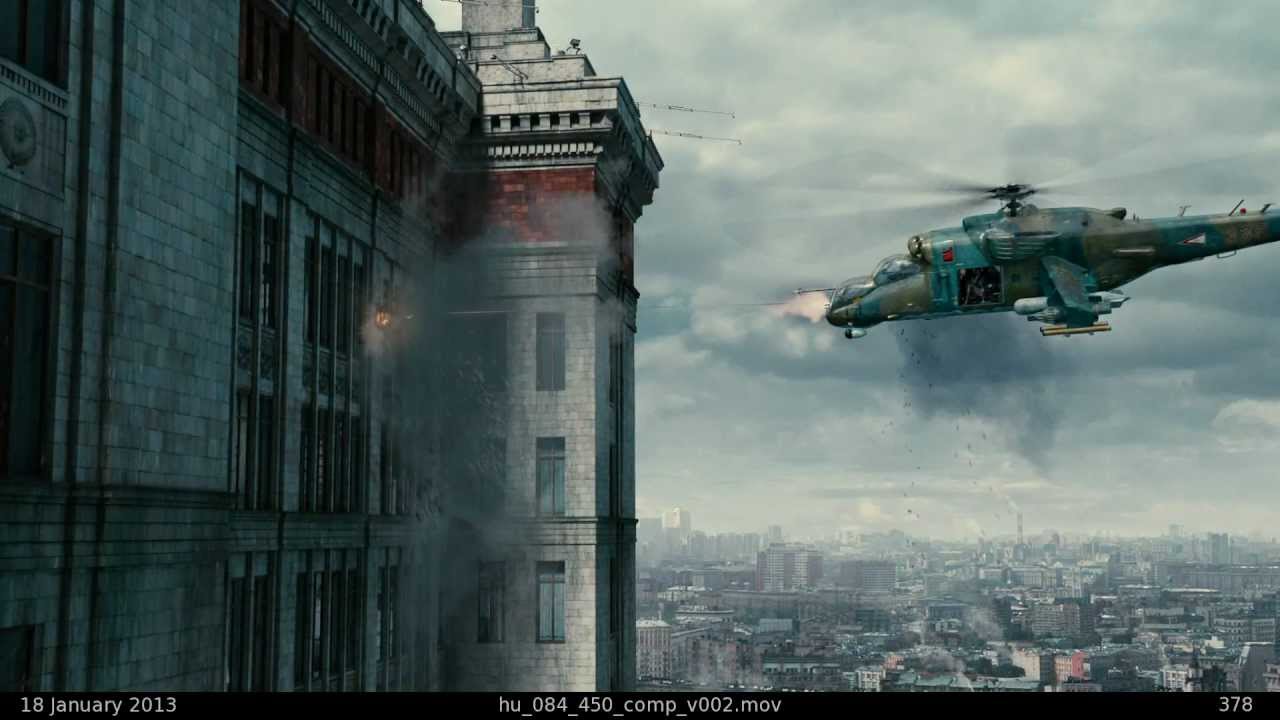 Bruce Willis well and truly aged-out of the franchise, looking old and slow alongside a vigorous and enthusiastic Jai Courtney playing his son, and in light of his recent battle with memory issues, one suspects that this film, made in 2013, was one in which the actor was starting to show signs of the disease that would force him to retire this year. He looks absurdly baffled by being involved in this, looking around at the explosions and nameless cast around him if this even is a Die Hard film. He’s poorly served by a nonsense screenplay too, reduced to terrible one-liners and quite poor interpersonal exposition that makes not one lick of sense. At one point I might have sniggered at Bruce’s acting in this, a jumble of inane cutaway gag lines, grit-teethed gunplay and gormless adrenaline-fueled action sequences involving trucks, cars and helicopters, to say nothing about the “relationship” he has with Jai Courtney’s Jack, which is egregiously written and hackneyed. Now, though, I just shake my head in disbelief. 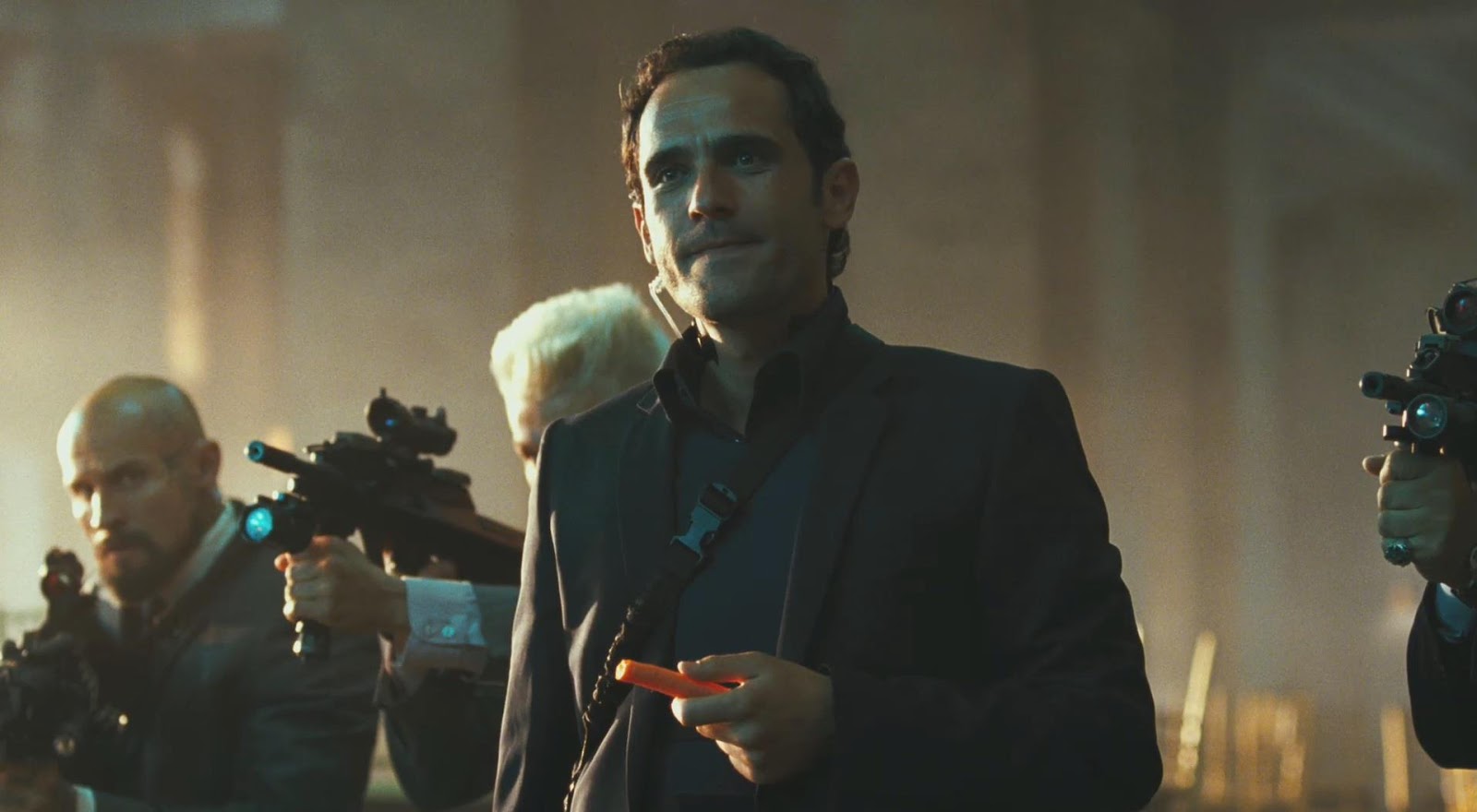 The script is remarkably awful, borderline schizophrenic with its treatment not only of McLane, who has become almost a parody of himself with his shit-eating grin response to his casual butchering of faceless Russian henchmen, all jokes and asides indicating a lack of care. Jack McClane might as well be a blank canvas of estrangement, an embittered kid who walked out on his family years ago for some unknown reason, perhaps because he saw his old man becoming a complete douchebag. In the previous films, McClane has a reason to be in the fight: with his son, I’d argue that reason has never been more tenuous. It also makes for a poor creative choice to try and produce more Russian bad guys in a single film than in all other cinema releases that decade. The trope of thick-accented Russkies and their criminal machinations should be as far from John McClane as is reasonable to expect and yet the filmmakers ask us to believe McClane, ever the pragmatist, would willingly walk into Chernobyl and start shooting the place up. I mean, this film is so dumb they’ve set the climax right in the shadows of the nuclear power station’s chimneys; oh, that’s not the stupidest thing, though. No, the stupidest thing about how terrible this movie is? At one point the bad guys enter the vault they’ve spent half the film trying to get to, and indicate the radiation levels are hitherto unparalleled inside. It’s displayed by a computer readout predictably showing “all this red is bad” graphics to say as much. One of the characters then says they have a special spray (handy to have that in bulk, I guess) that negates the effects of radiation inside about five minutes; the spray is deployed, and then the risk of radiation sickness is never mentioned again. I mean, it’s ludicrous! There’s no way John McClane’s balls aren’t glowing green at the end of it. 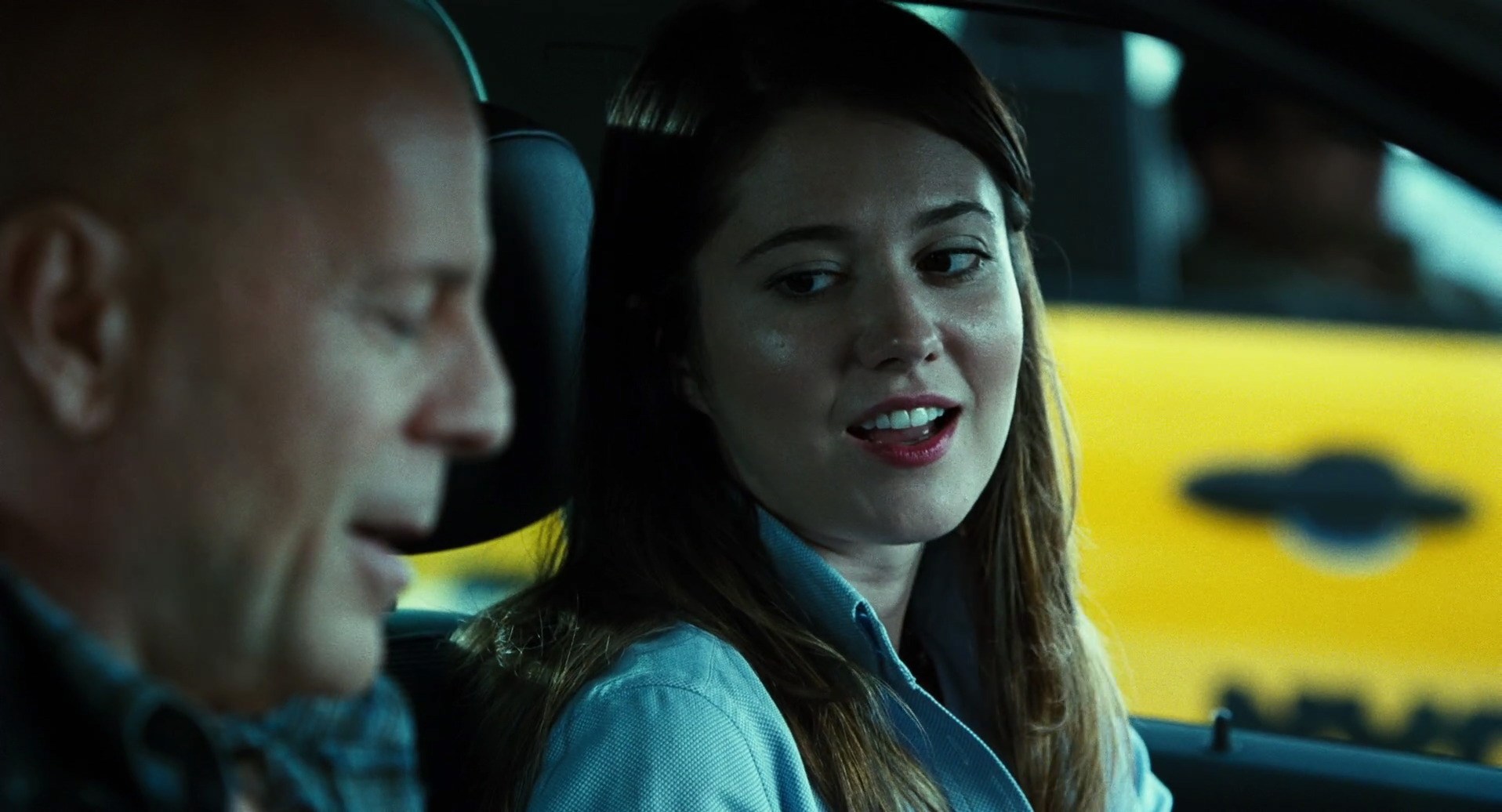 The script may have been better, however. We’ll never know, because the film is edited so brutally, so haphazardly, you never really get a sense of what’s going on. Jump-cuts, shaky zooms and double-take editing techniques are employed to give the sense that everything is so energetic the filmmakers couldn’t hold the fucking camera steady. A protracted van, armoured anti-tank vehicle, and truck chase through Moscow’s teeming streets is vacuous fun if you refuse to allow your brain to switch on – at one point, McClane drives a 4WD off a bridge, onto the traffic below like a terrible game of Frogger in pursuit of his son and some Russian henchmen, and at this point the film loses what little credibility it had left – with the sonic deluge of noise from the sound mix wailing away and threatening to deafen even the most audiophilic viewer. I admit, production value in A Good Die To Die Hard is generally pretty good, but after watching Bruce and Jai emerge to safety via a Moscow rooftop access door for the fifth time in a row I’m beginning to think somebody, somewhere, ran out of good ideas, and locations to shoot them in. 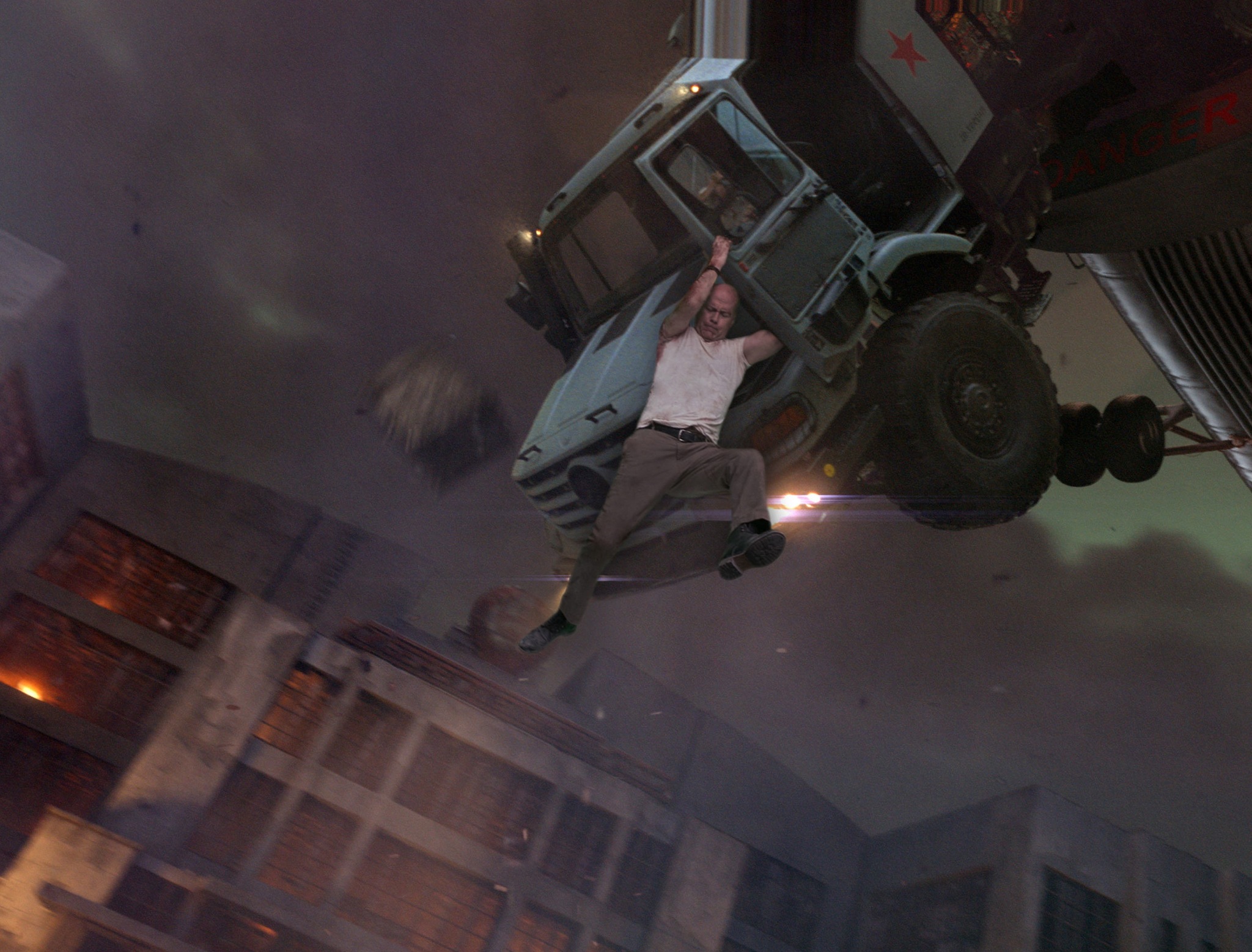 This film is so dumb, I half expected Bruce Willis to escape an explosion by jumping into a handy fridge. I mean, A Good Day To Die Hard is to the Die Hard franchise what Kingdom Of The Crystal Skull is to Indiana Jones – a film best never discussed again and passed off as a bad fever-dream riven by studios hoping to wring the last drop of creative juice from a flagging IP. It cannot be understating things to suggest that if you completely removed Bruce Willis and John McClane from this movie you would have a halfassed generic action film of passable, not entirely un-entertaining quality. But this is Die Hard, man. Die Hard is the granddaddy of action franchises, the big kahuna of the genre that deserves a far better script, better performances, and far better direction than this obnoxiously loud affair delivers. 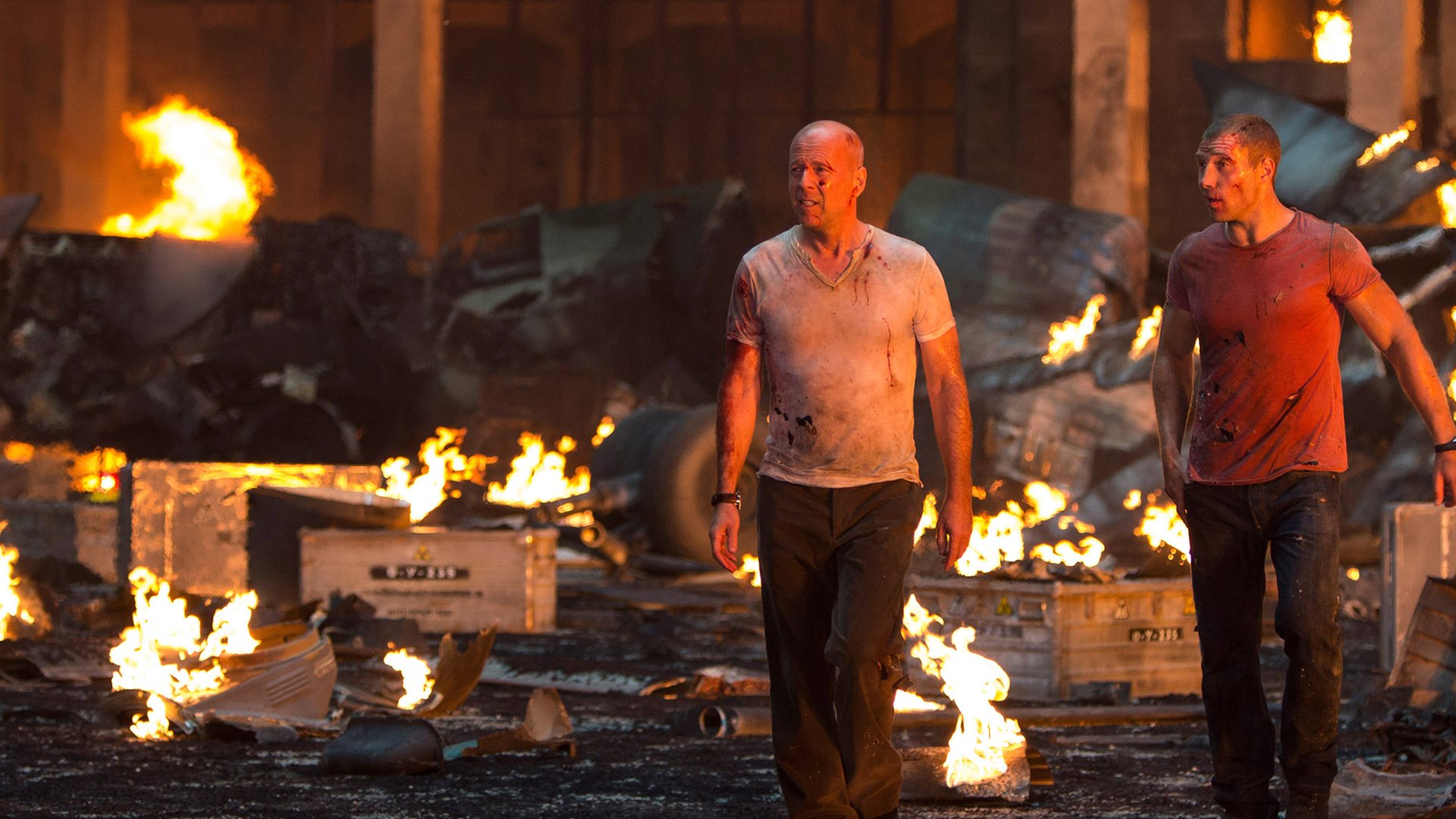 I can’t be too hard on Willis for appearing in this dreck with such obvious disdain for the script he’s working with, in light of his recent health issues pushing focus on his inability to perform, but I can cast a wide net of blame at everyone else behind the camera who foisted this turd of a film upon us. A Good Day To Die Hard is a blight not only on cinema but more importantly the Die Hard franchise: it’s sad that Bruce Willis will never be able to step back into the role and deliver one last truly great entry into what has, until this, been a legendary run of quality action films. Frankly, people who put this crap together ought to be ashamed of themselves.