Good lord, what a piece of shit this film is. A soft reboot of the lamentably silly GI Joe franchise from Hasbro, Snake Eyes: GI Joe Origins (titled that to differentiate it from the Nic Cage movie of the same name, I guess) is a jittery, schizophrenic piece of junk cinema lacking intelligence, coherence, or a character worth caring about. Throwing the debonair Henry Golding into the formative role of a character who is supposed to be a badass, Snake Eyes makes the unfortunate mistake of trying to develop this franchise into the next Marvel Cinematic Universe, when it is barely able to form an intelligible sentence. Helmed by the a director inexplicably failing upwards in Robert Schwentke (RIPD, The Time Traveller’s Wife, a couple of Divergent films), Snake Eyes is a gormless actioner with preposterous action, nonsensical plotting, idiotic editing and risible acting from everyone involved. Henry Golding plays an emotionless drifter named Snake Eyes, who spends his days in fighting clubs earning a buck taking down other muscle-bound morons. For some reason he is recruited by a man (Andrew Koji) who says can help him locate the identity and whereabouts of his father’s killer, and so Snake joins the ninja clan begrudgingly. Unfortunately for the other dude, Snake is actually working for a different bad guy (Takehiro Hira) who wants a mysterious gem all to himself, a gem which has the power to destroy the world. There’s some weird flirting with the female head of the ninja clan’s security team (Haruka Abe), there’s a weird pit of anacondas which is described as the most lethal challenge a ninja can undertake, and there’s a lot of people staring off into the middle distance for no good reason. Also, Iko Uwais being wasted in a nothing henchman role is indicative of how awfully this movie treats its characters. When it comes to things nobody in this movie gives a shit about, Snake Eyes is all over it. I’m happy to report that Snake Eyes will never see a sequel. If anything, this film should squash the itch that Hasbro has for trying to… as the kids say, “make fetch happen”. The GI Joe franchise has been, until now, a fairly pedestrian, if entirely inane piece of pop-culture nostalgia trying desperately to franchise itself to modern audiences. Unfortunately, nobody has been able to adequately give the toy property a solid entry enough to warrant people’s time. GI Joe The Rise of Cobra was a slight, fun piece of nonsense that borderline crossed into stupidity, GI Joe: Retaliation was an execrable mess, and now Snake Eyes sinks the franchise even further with this tone-deaf debacle that could also spell the end of Henry Golding’s career as an up-and-coming superstar. It slunk across the box-office line with a dazzling $40m global take from a budget of just north of $80m, a certified bomb if ever there was one, hammering home the final nail in Hasbro’s coffin for this property’s plans for world domination. 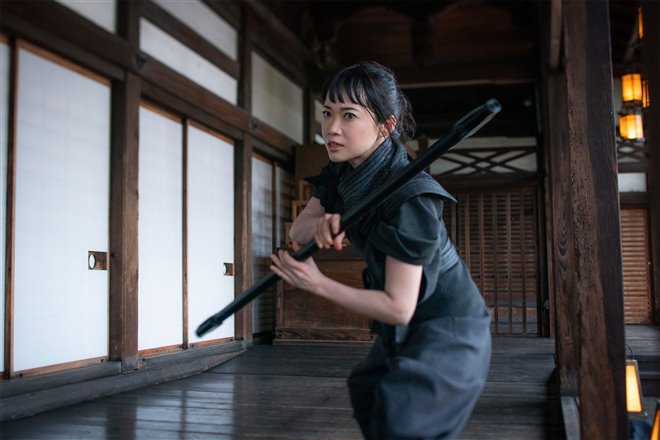 Written by actual people, Snake Eyes is, as its title suggests, an origin story for the title character, namely Snake Eyes, one of the more popular characters from the original 80’s toy franchise, and it’s troubling indeed that no fewer than three writers on this movie couldn’t manage to give us a character – any character – we actually give a shit about. Golding’s Snake Eyes is a bit of a douche, a double-crossing asshole with a vendetta, making him not exactly the kind of character we really want to follow into the future of GI Joe moving forward. Golding smoulders a lot, and spends a lot of time looking like he’s taking a shit in his pants, and to his credit he tries to make a solid fist of the terrible writing he’s given. He’s not helped by the fact that his character exists in a single dimension, and that dimension is stupidity. Golding’s co-stars fare no better, with even Warrior’s Andrew Koji looking ill-at-ease in this Asian-centric throwback. This isn’t The Last Samurai, but it occasionally tries to be, with both Golding and Koji giving their all to emote when the screenplay demands it. Samara Weaving delivers the most wooden of all performances as Major O’Hara, an ally of the ninja clan and eventual friend of Snake Eyes in the Joes. Haruka Abe, try as she might, looks utterly perplexed at even being in this film, looking for all the world like she wandered onto set from somewhere else and just started reacting to what was going on. Never mind, either, the egregious manner in which the film treats Indonesian action superstar Iko Uwais, who, try as he might, cannot break into the Hollywood mainstream no matter what he does. 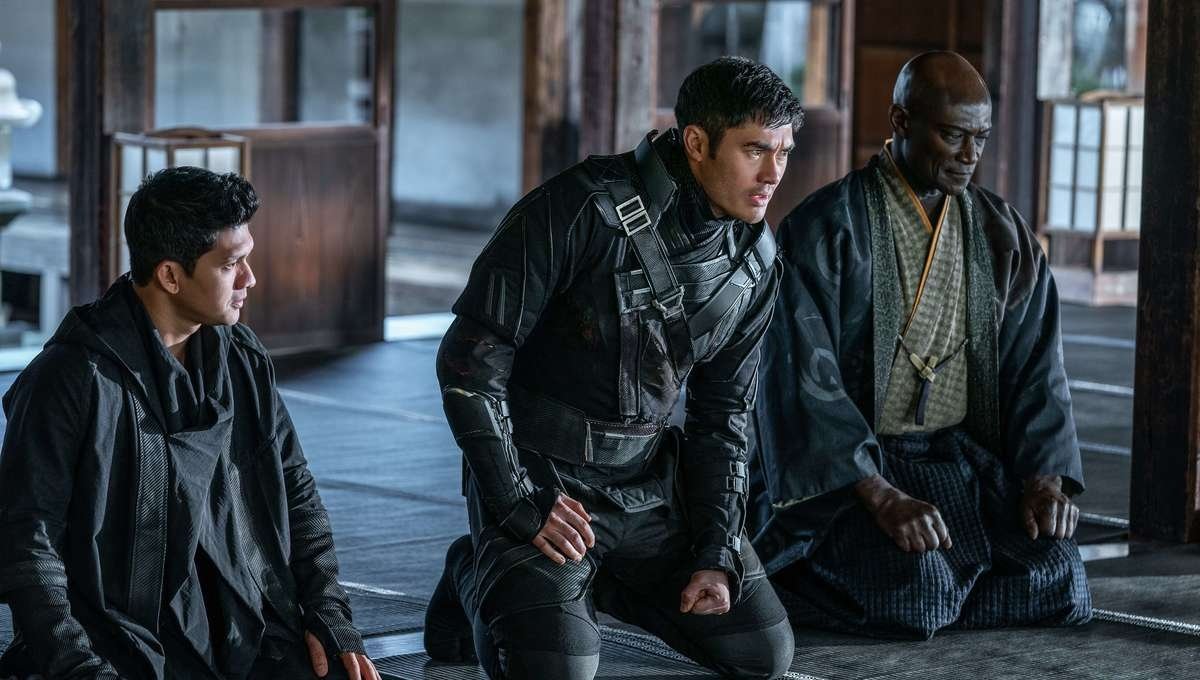 Hackneyed dialogue and godawful action sequences, scenes that we might expect to resemble a John Wick or Michael Bay level of quality considering Hasbro also gave us the Transformers movies, lack coherence or a point, existing purely for the sake of selling a product that stinks to high heaven. The action is choppy, the editing frantic, and the stakes flavourless thanks to insipid writing and Schwentke’s bland, inconsistent direction. There’s no sense of jeopardy, no sense of sudden death, as characters fly around the screen freed from the burden of gravity and science. If nobody can be killed, why care about anything that happens? Everyone walks away from almost every fight scene with barely a scratch; I know, I know, it’s supposed to be silly, camp fun, but if there’s no internal logic to the story or characters, and nothing to make me care for a bunch of people I’d happily see killed in action, why bother? Schwentke has proven he can create a film with a sense of menace (Flight Plan), but here he seems intent on simply checking off a list of studio mandated inclusions; a bunch of silly motorbike action sequences, a load of swordplay and “generic ninja brawling”, nonsensical and incoherent magical powers, and nods to the GI Joe franchise’s long history. There’s actually nothing to differentiate this reputed GI Joe film from the thousand other generic knock-offs floating through the cineplexes and streaming services each year, and that’s the disappointing thing. At least both the previous GI Joe films had some stakes, or some sense of danger, as stupid as they were. Snake Eyes lacks even that; save for Snake’s dad being offed in an opening scene, nobody else of note dies in this movie. Not even the bad guy, really, and he’s taken out by a giant anaconda. I’ve written five paragraphs on this turd of a film, and that’s four too many. Snake Eyes is a terrible, derivative, dreadfully directed and abysmally written piece of shit masquerading as entertainment. It is neither informative, intelligent, or entertaining in any way, shape or form, and I would wholeheartedly advise you to avoid watching it at all costs.