Principal Cast : Marin Ireland, Michael Abbott Jr, Xander Berkeley, Lynn Andrews, Julie Oliver-Touchstone, Michael Zagst, Tom Nowicki, Ella Ballentine.
Synopsis: On a secluded farm in a nondescript rural town, a man is slowly dying. His family gathers to mourn, and soon a darkness grows, marked by waking nightmares and a growing sense that something evil is taking over the family.

Have we trials and temptations? Is there trouble anywhere? We should never be discouraged, take it to the Lord in prayer.

If you’re a fan of quiet, white-knuckle cinematic terror, The Dark & The Wicked will be right up your alley. Enormously chilling, manifestly creepy and one of the purest low-key horror films in recent years, this film stands alongside The Witch, It Follows and Hereditary as one of the best examples of the genre you’ll see. Directed by The Strangers helmer Bryan Bertino, The Dark & The Wicked is grounded in dense, dark cinematography and bleak, unrelenting human terror; accompanied by a sublime minimalist score and terrific sound design, the film is so effective it terrified me even in the middle of the day. 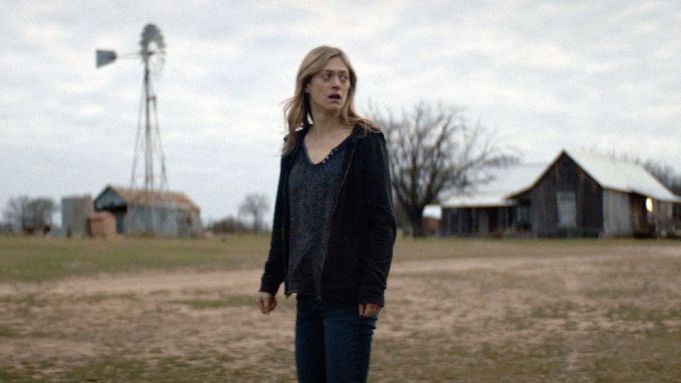 Two siblings, Louise (Marin Ireland) and Michael (Michael Abbott Jr) return to their rural American farm home to tend to their dying father (Michael Zagst), even though their mother (Julie Oliver-Touchstone) had hoped they’d stay away. Their mother is assisted in looking after her terminally ill husband by a local nurse (Lynn Andrews), while the farm is managed by neighbour Charlie (Tom Nowicki) in their father’s absence. As the brother and sister spend time in their former home, however, it quickly becomes apparent that a malevolent, sinister spirit is working amongst them, creating devastation and opening barely concealed wounds. 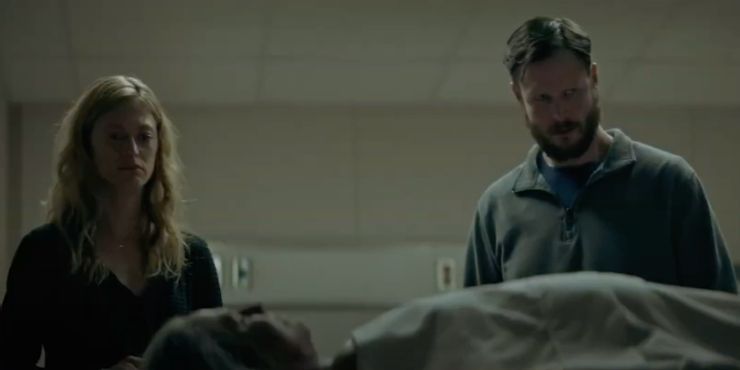 Modern horror films generally have to work overtime to generate effective scares these days. In the “good old days” of Hollywood horror you’d have an abundance of blood, a weird misshapen serial killer or a trope-ridden supernatural entity to contend with, often laden with jump-scares and “gotcha” moments that viewers have slowly become desensitised to. Today’s horror filmmakers have had to rethink the genre’s subtleties to grab viewers, and some of the answers lie in, of all things, simplicity. Parsing away overkill for nuance seems to have generated a lot of success for horror lately, everything from Jordan Peele’s Oscar-nominated Get Out and his follow up Us, to Robert Eggers’ The Witch, David Robert Mitchell’s It Follows and more recently Ari Aster’s Hereditary have traded less on blood and gore (although they do have those elements in play, sure) and aimed for a more cerebral, creepy-dread style to significant commercial and critical acclaim. 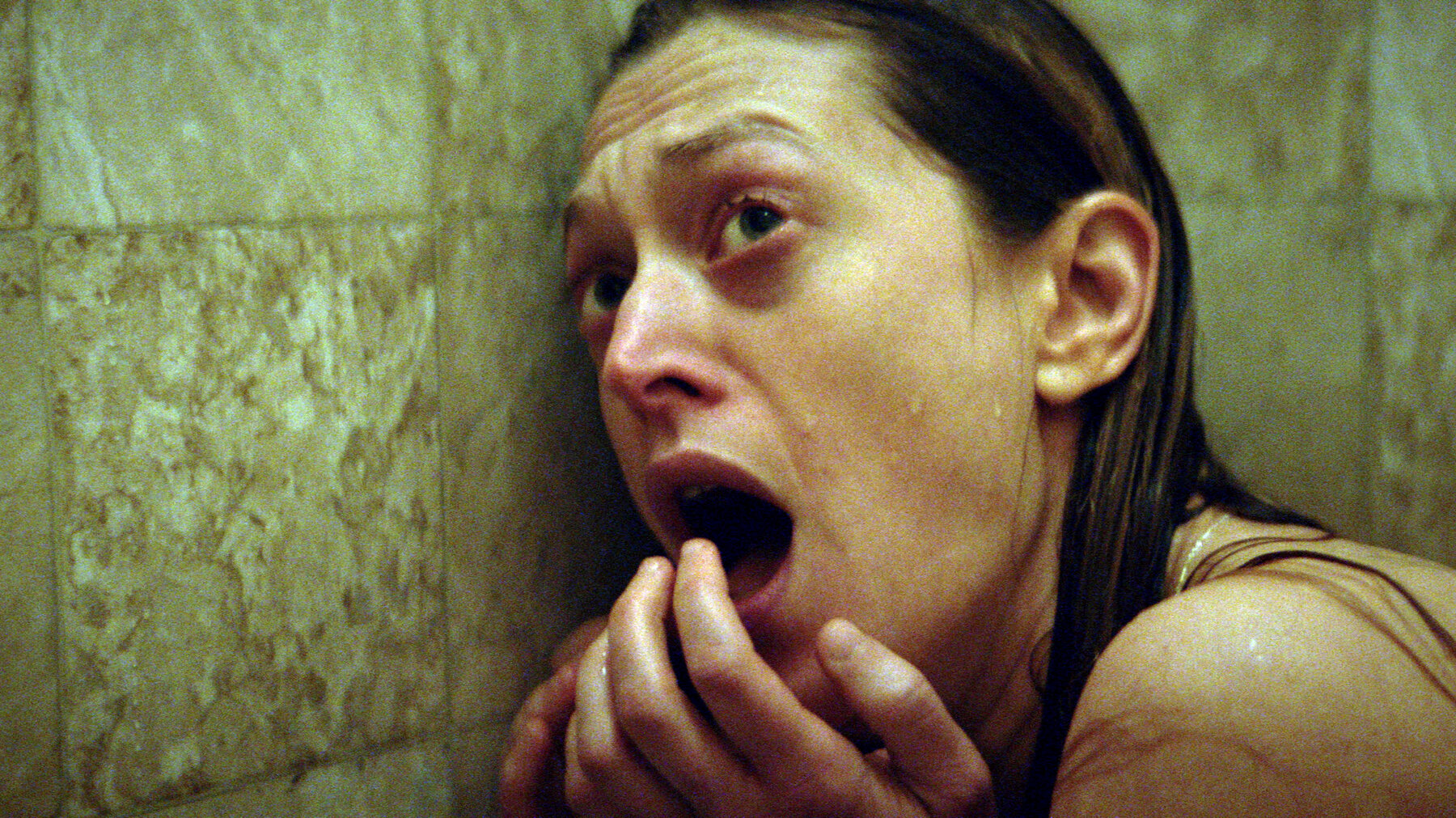 You can now add The Dark And The Wicked to that list, Bryan Bertino’s chilling small-focus entry that will elicit many a goose-bump and deliver several lingering scares. Directing from his own screenplay, Bertino’s premise trades in religious dichotomies and the genre’s stock-in-trade gut-punch twists, offering a palette of raw human performances and sickening mental gamesmanship circling some brutal, unseen devil entity with a purpose unknown. The softly-softly approach to the story, a heart-breaking family reunion ripped asunder by death and otherworldly horror, is manifestly terrifying, enabled by Bertino’s restrictive sound design offering magnified and specific audio cues to send shivers down your spine. It’s pleasingly absent of typical genre overkill; the film’s setting is a rural farmhouse, with the farm seemingly engaged in goat breeding (goats are often referenced in satanic iconography), and the more horrific moments involving bodily gore and blood, are atypically held back to brief insert shots or jarring wide shots (a suicide involving a gun is frantically and brutally fast).

The film exists in quiet, contemplative horror, as Louise and Michael confront both their own family mortality as well as the suffocating existential dread of discovering some hellspawn entity is trying to enter our plane of existence through their father’s prolonged demise. That these two have to witness the Cheyne-Stokes breathing of their bed-ridden father as well as the creepy, terrifying mind-games played by the… thing manifesting in their isolated family home merely enhances the film’s effectiveness, served by Bertino’s incredibly atmospheric framing and lighting. The film is utterly drab, shrouded in darkness and omnipresent brown hues, the farm landscapes removed from their typically bucolic look by a desaturated and antiseptic visual tone that bookends the bleak, uncompromisingly desolate plot. Filmed at Bertino’s family home in Texas, cinematographer Tristan Nyby elicits maximum fear from the viewer with a dense, impenetrably dark visual style, draping his characters in almost oppressive shadow and/or dull, lifeless light. Tom Schraeder’s score, using a grab-bag of simpering strings, electronica and other ephemeral haunts, underscores the fragility of our central character’s psyches, which are at their most vulnerable in such a difficult time. There’s a lot of breathing space here, a lot of time for Bertino’s characters and their plight to get into your head: The Dark And The Wicked is a film that will linger with you, it’s so unsettling, and the mark of a director attuned to shredding your nerves with a decidedly minimalist approach. 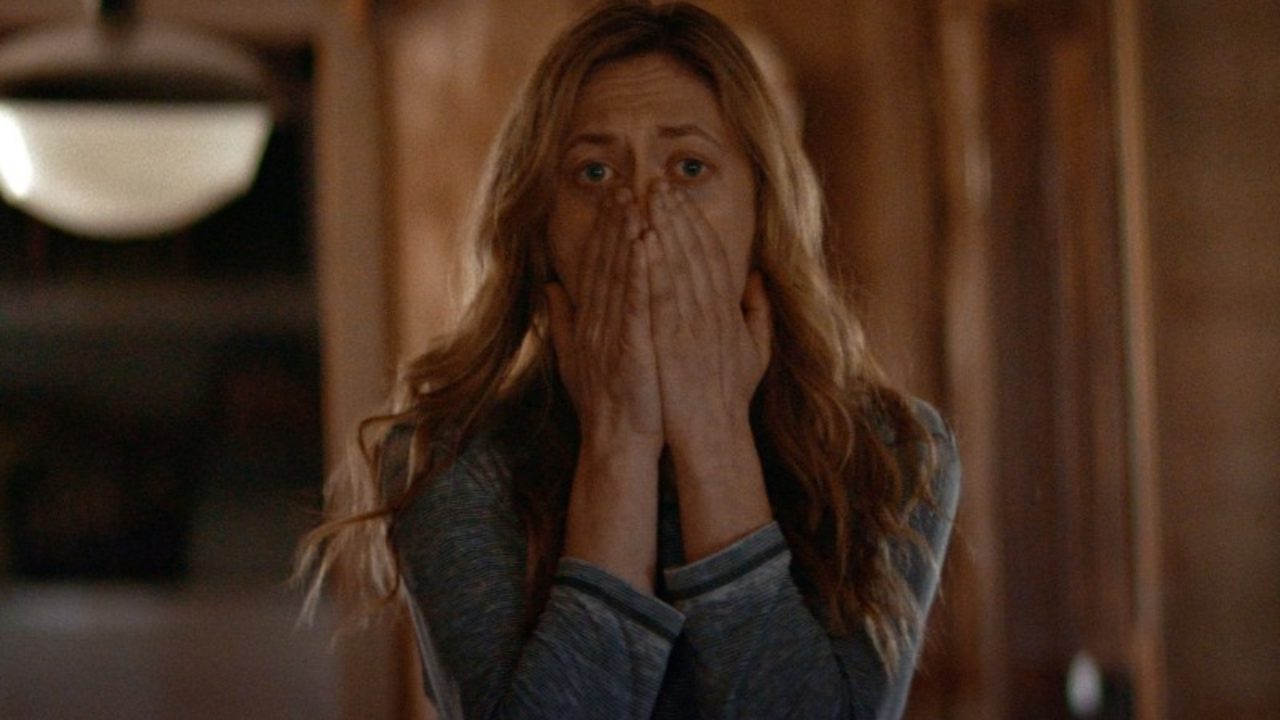 The cast are roundly excellent in their respective roles, although the film seems content to avoid much backstory or development other than a tiny hint that both Michael and Louise aren’t really on the strongest terms at the point they arrive at the farmhouse. They obviously have that sibling love but their personalities have obviously led to a lack of overt reciprocity over time, whilst their relationship with their mother – Julie Oliver-Touchstone has little to work with other than chopping food in the kitchen, tending her goats, and becoming one with the devil – and stationary father are barely hinted at. Instead, the film plays off the insecurity and despair of impending death, and of the confusion wrought by the evil spirit. Marin Ireland has a blistering epiphany as she descends into madness, whilst Michael Abbott Jr’s role of the begrudging brother has one of the all-time shattering final moments in film. Supporting roles to Xander Berkeley, as a creepy priest who attends the family at one point, and a young girl sent to advise them of another character’s death have ulterior motives with regards to the increasingly desperate and horrified siblings. The roster of roles here support the simplified plot well enough but I’d hoped to have a little more interpersonal development between Michael and Louise at least. Still, if you’re going for minimalism in your horror I guess that leeches over to characters as well. 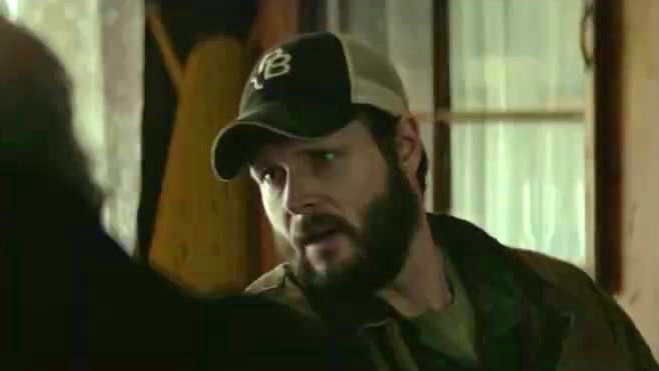 I’ve probably overused the adjectives to describe the kind of experience The Dark & The Wicked delivers, but I don’t care. The film is a supernatural heartstopper, a clutch of tropes delivered with such panache and unique sensibility you forgive the relatively uncomplicated hook and shallow characters. The scares are both simple and simply achieved, lacking extravagance but generating enormous effectiveness through nail-biting editing and sound design. It’s a shattering entry into the horror canon that will appeal to hardcore fans and maybe even a few casual viewers (although I doubt many will make it past the first fifteen minutes). Thoroughly recommended.