As somebody who grew up watching the original Hanna-Barbera cartoon series every Saturday morning, Scoob! hit me right in the nostalgia G-spot. For a film with a mountain of problems to overcome, I had an absolute blast and really dug the callbacks and cameos of characters not only from the long history of Scooby Doo and the Mystery Inc roster, but also the wider H-B IP universe; it should be said that the film strays considerably from the premise of Scooby Doo and will alienate incoming new viewers unfamiliar with the nature of the property, but young kids will appreciate the dynamic animation and older viewers will revel in the Easter Egg-flooded throwback. 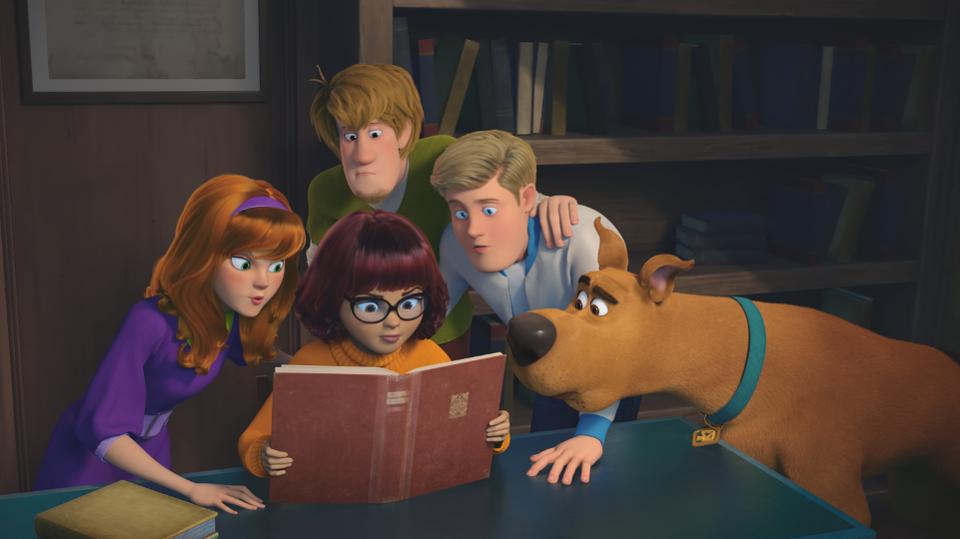 Scoob! is a computer animated romp that resets the history of the Mystery Inc gang: Fred (Zac Efron), Velma (Gina Rodriquez) and Daphne (Amanda Seyfried) are friends with the constantly hungry and always terrified canine Scooby Doo (Frank Welker) and his pal Shaggy (Will Forte), although when entertainment guru Simon Cowell decides to invest in them, it’s on the condition that Scooby and Shaggy are excluded. However, when Shaggy and Scooby are attacked by minions of the evil Dick Dastardly (Jason Isaacs), they are rescued by resident superhero The Blue Falcon (Mark Wahlberg) and his team including Dynomutt (Ken Jeong) and Dee Dee Sykes (Kiersey Clemons), who promptly work to decode Dastardly’s plan and save the world. 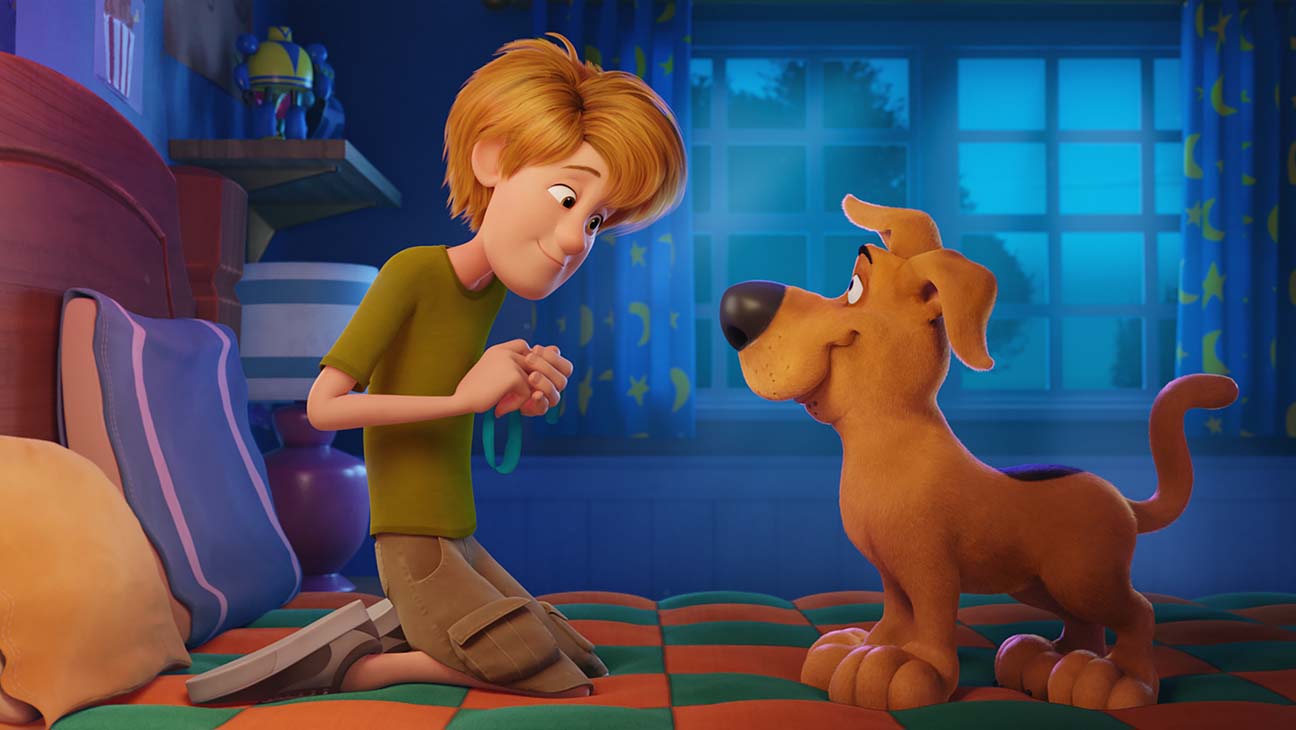 Scoob! is a film struggling with its own identity. On the one hand, it’s a magnificent comedic throwback to classic Hanna-Barbera characters, albeit repurposed from their original origins and transplanted into the Scooby Doo Universe – Dick Dastardly originally starred in the 1968 cartoon series The Wacky Races, as the central villain, whilst both the Blue Falcon and Dynomutt had an embryonic genesis in Scooby Doo’s original iteration before taking on their own series proper in the 1970’s – and it trades of an incredibly self-aware referential style of comedy based on the tropes and archetypes the H-B style personified, as well as the original animated series’ cliches. You know, the “I would have gotten away with it too, if it weren’t for you pesky kids!” exclamation when the villain is unmasked; Scoob! has a reverential tone for the original animation despite trying to modernise it, and the combination of the two styles generally works well enough for a technologically superior update. Much like those bizarre Smurf films, Scoob! skirts the wry ironic nature of modern comedy with the cheesy “friendship is forever” motifs of a bygone era with aplomb and a general sense of wit, but if you’ve never heard of Scooby Doo before (and there are people who haven’t) you’ll probably find this all utterly perplexing. 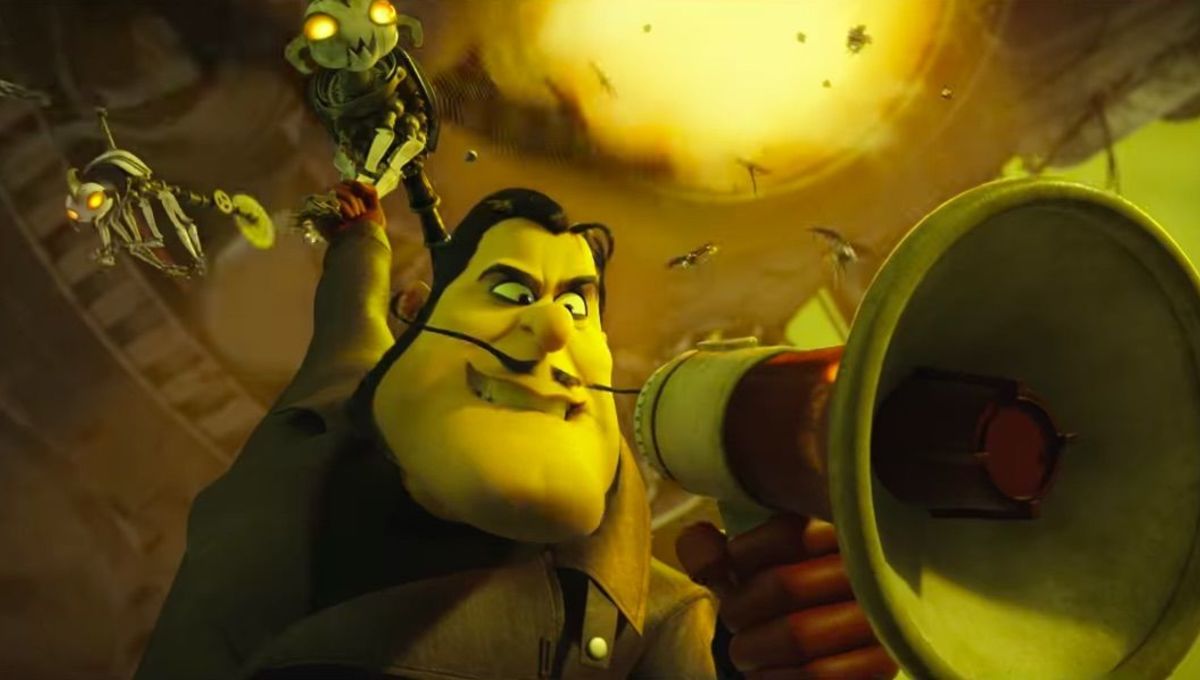 You kinda get the sense throughout this film that the producers were trying their hardest to spawn a Hanna-Barbera Cinematic Universe: appearances by the likes of Captain Caveman, Muttley, and minor cameos to Jabberjaw and Atom Ant (among others) seem set to provide a wider canvas for sequels should Scoob! perform well enough on the streaming platform of your choice. This is to say nothing of the strident inclusion of Blue Falcon and Dynomutt, both of whom are worthy of a supporting role but not in the manner they work here, almost entirely removing Mystery Inc from their own story for large portions of the film. Scoob! also does away with a crucial and key facet of the Scooby Doo franchise: solving mysteries, unmasking villains and saving the day, by clogging up this reboot/re-imagining with a cluster of ancillary character given way too much screen time. I wasn’t ever a fan of the live-action films starring Matthew Lillard (they have their defenders, but I am not among them) and Scoob! feels more able to match the manic energy the original 1969 series than any other, despite breathlessly trying to keep people entertained with endless non-sequiturs and ironic humour, but you never really feel like the Mystery Inc gang do the very thing that makes them famous: solve mysteries. In pursuit of action, the intelligence is removed. 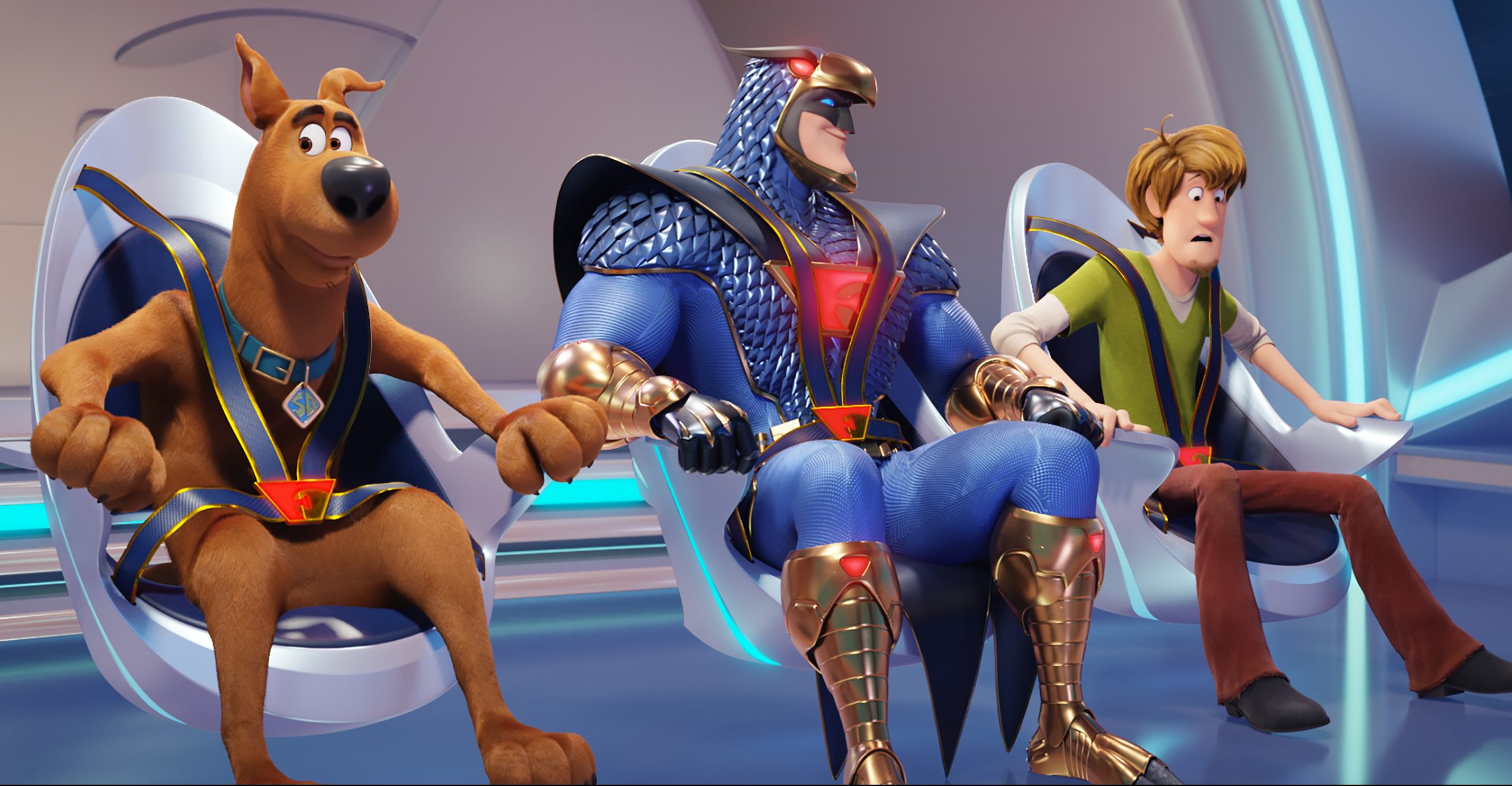 When the focus is on character outside of Mystery Inc, things kind of sputter to a crawl, and not even the hilariously OTT work of Jason Isaacs as Dick Dastardly can rescue the film from floundering at times. The climax feels about ten minutes too long, and there’s far too many sidebars and weird, not-quite-funny humour (exactly why they had to include Simon Cowell, I’m not sure, because in twenty years that reference will feel terribly lame) alongside the Hanna-Barbera ensemble. The voice cast, it should be said, all do solid work (Efron plays Fred to a T, whilst hearing Frank Welker as Scooby again hit me right in the nostalgia feels. But it’s a schizophrenic film of indifference, trading on the gags of the franchise whilst awkwardly trying to escape them with modern humour and self-aware irony. I simultaneously enjoyed it and found it weird, as if the central character was secondary to establishing a wider universe at the expense of making me feel for Scooby and Shaggy’s relationship as it’s tested by Dastardly’s masterplan. Truth be told, my kids both tuned out early whilst I was guffawing at the gags and IP references. 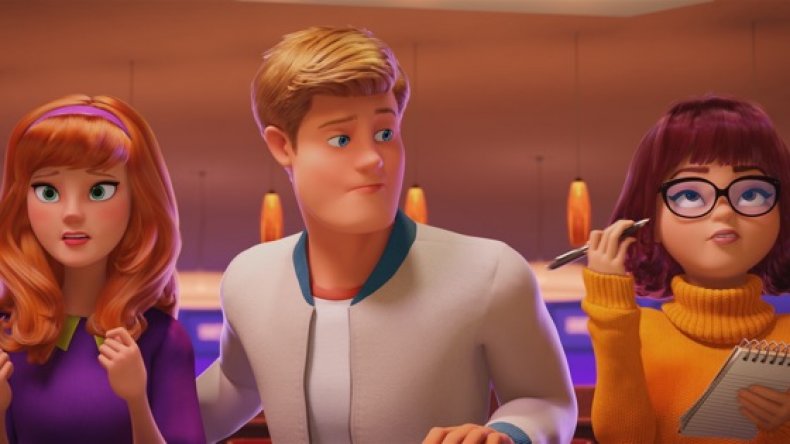 Scoob! is worth a look. It’s a cleverly written homage to a cartoon series long past its cultural zenith, lacking definitive purpose behind its dazzling animation and action-centric plotting. Sure, the film makes some unique changes to established characters – in this, Blue Falcon is a bit of a twit while Dynomutt is nowhere near the bumbling Inspector-Gadget-lite robotic dog of the 70’s cartoon – but it fails to land the emotional core of the beloved cartoon: a bunch of friends solving crimes, which feels more like an inconvenience here than a legitimate story arc, gives way to globetrotting adventurism with Wahlberg’s Blue Falcon and a dominating Isaacs. Ultimately, your mileage for Scoob! will depend on your nostalgia for the cartoon and the classic takes on these characters.