Obvious to the point of sparking actual anger, Dreamworks’ sequel to the interminably obnoxious Trolls, this time entitled Trolls World Tour, doesn’t stray too far from the bright and bubbly shenanigans of its progenitor more’s the pity. That it wastes its top-tier voice talent and appropriated pop-culture soundtrack to such a degree should be a crime against humanity, while the breezy characters, hippity-hop dialogue and astoundingly terrible “comedy” stylings of this rancid franchise continue unabated. Trolls World Tour is an exercise in headache generation, a visual orgy of dynamic animation and cute-as-a-button character design mixed with a hodge-podge of morals and sermonising that will have adults clawing at their eyeballs (and eardrums) whilst the younger poppets devour this shit like momma’s milk. 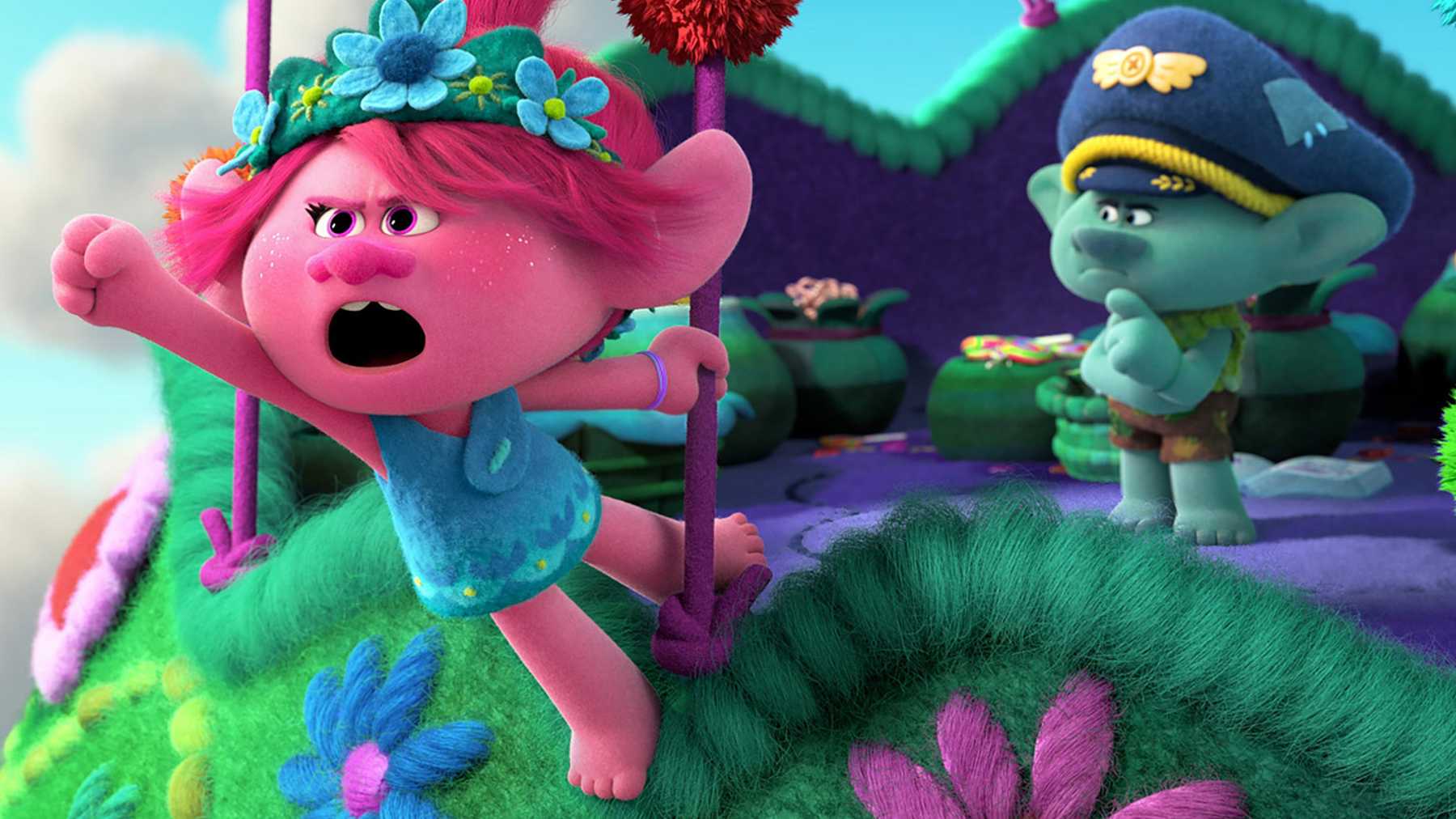 Plot synopsis courtesy Wikipedia: After the events of the first film, Poppy (Anna Kendrick – Pitch Perfect, Noelle) and Branch (Justin Timberlake) discover that there are other kinds of Trolls scattered over six different lands, each devoted to a different form of music: Pop, Funk, Classical, Techno, Country, and Rock. Their world is about to get a lot bigger, and a whole lot louder, as member of hard-rock royalty, the evil Queen Barb (Rachel Bloom – The Angry Birds Movie 2), aided by her father King Thrash (Ozzy Osborne), wants to destroy all other kinds of music to let rock reign supreme. With the fate of the world at stake, Poppy and Branch, along with their friends — Smidge, Legsly, Biggie (James Corden), Satin and Chenille, Cooper, Guy Diamond and Tiny Diamond — set out to visit all the other lands to unify the Trolls in harmony against Barb, who is looking to upstage them all and turn them into rock zombies. Meanwhile, Branch tries to find a way to tell Poppy how he feels about her. 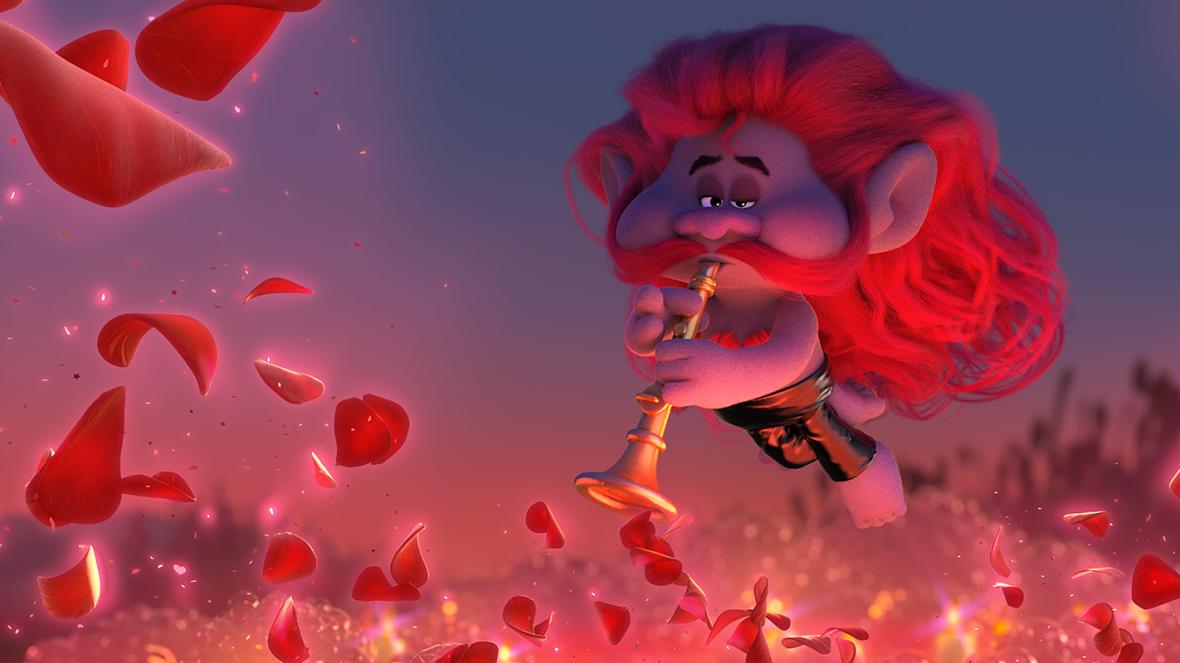 Trolls World Tour is a film that knows what it is, knows what story it wants to tell, and makes it as patently obvious to all what’s going to happen well before it does. It’s a film with few surprises, and even fewer reasons to check in. That it went direct to streaming as a result of the 2020 Coronavirus Pandemic rather than be delayed for a theatrical release is probably a good thing, as this movie is actively aggressive towards all who decide to view it. Similarly to the original Trolls, the sequel is a nauseatingly sweet, abundantly juvenile and altogether obnoxious affair destitute subtlety and nuance and replacing those familiar features with sentimentality, quick-n-easy pop references, and a borderline asinine plot device. The crux of the film revolves around six magical “strings”, elements of an equally magical harp thing, of which each is held by the representative musical styles – Poppy has access to the Pop String, whilst Queen Barb obviously holds the Rock String – look, they’re a little like the Infinity Stones of Trolls, if you will, in that once all six are collected by Queen Barb she can collectively control the entire world. 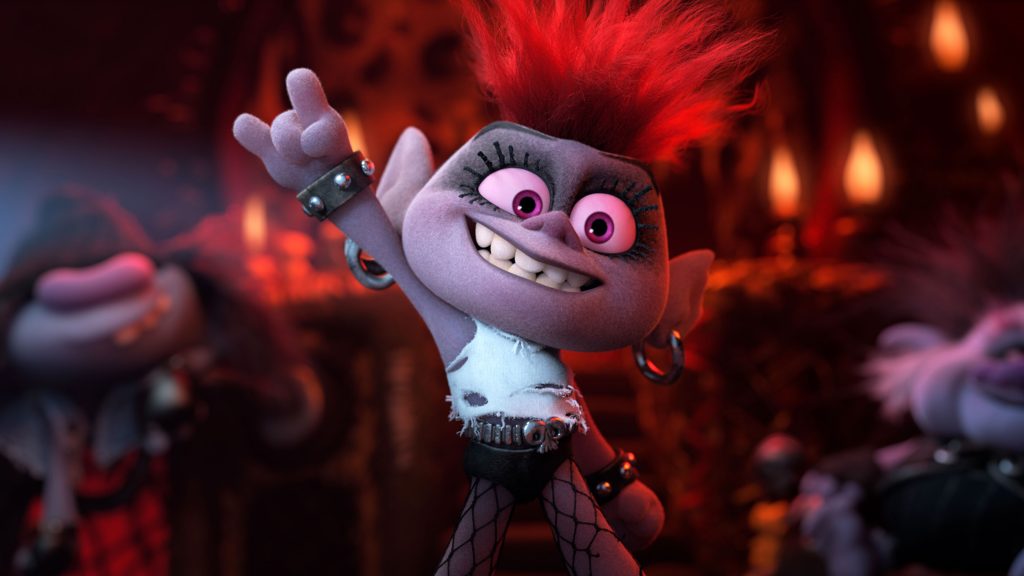 As much as I detested the original Trolls, at least World Tour tries to take the franchise in an interesting direction. It’s not so much this aspect of the film that I didn’t enjoy, it was the execution. The characters, led by Anna Kendrick’s screeching Poppy, an effervescent sugar-hit of a character perfect for Kendrick’s peppy vocal style, and Justin Timberlake’s unfortunately indifferent Branch, who harbours a crush on his friend, are all whack-a-doodle nuts to the point of perplexing insanity; this is a film in which James Corden is not the most annoying character, regardless of how much he tries to be. In fact he’s a credible talent in this miasma, surrounded by a bunch of other big names (Sam Rockwell, Kelly Clarkson and Mary J Blige, among others) who perform serviceable work in executing the execrable dialogue. It’s a kids film and it’s written as such, with dullard dialogue and semi-decent ideas shoehorned into an avalanche of slick design work and fatuous humour, most of which is aimed at the target demographic. Few of the “adult” gags work well, if at all. Trolls World Tour’s central message ain’t too subtle either, with overt themes of racism and fascism creeping into the mix in a simplistic manner devoid of nuance or texture. The film simply screams “don’t be dickheads to people who think or believe or look different to you” and beats you over the head for 90 minutes getting to the point.

You may feel different about the Trolls brand than I, and that’s okay. You may be lured in by its teeth-grinding sweetness and confected hysteria, but I wasn’t. In fact, it’s a film so offputting, so sledgehammer obnoxious, few people will beg to see it a second time. Young kids will be drawn to the bright colours and cartoonish antics of the characters on the screen, if only for their silly behaviour and Looney Tunes physicality and inability to be harmed, whilst adults will recognise a lot of the story points leading somewhere far too early on to suggest the film offers anything refreshing. As I mentioned off the top, Trolls World Tour is a simple, obvious film, a film where the order of the day is to be as loud and condescending to the audience as possible, where restraint and coherence manifest as outliers and a treacly endorphin rush envelops your intellect and bludgeons it into submission.