Vin Diesel certainly had a pretty disappointing 2020. The effects of the Covid-19 pandemic, which swept the world early in the year, meant that Universal Studios pushed the release of the 9th Fast & Furious movie back from a mid-year release to 2021, an entire year. The pandemic also affected Bloodshot, Diesel’s attempt to create another franchise for himself in the form of Valiant Comics popular character of the same name, the first in an intended shared cinematic universe similar to Marvel and DC; the film released into cinemas barely weeks before being uploaded onto streaming services in the wake of the global shutdown, affecting the film’s grosses and almost certainly dooming it to fail financially. As a franchise-starter, Bloodshot isn’t awful, but it’s not particularly good either, so one could question whether the lack of box-office here would have otherwise affected the ongoing Valiant efforts to come, irrespective of its theatrical take. Look what happened to Tom Cruise’s The Mummy reboot, which foundered utterly before capsizing Universal’s then-intended “Dark Universe”, and it might seem that Bloodshot will follow a pretty similar path, although it does have several things working in its favour. 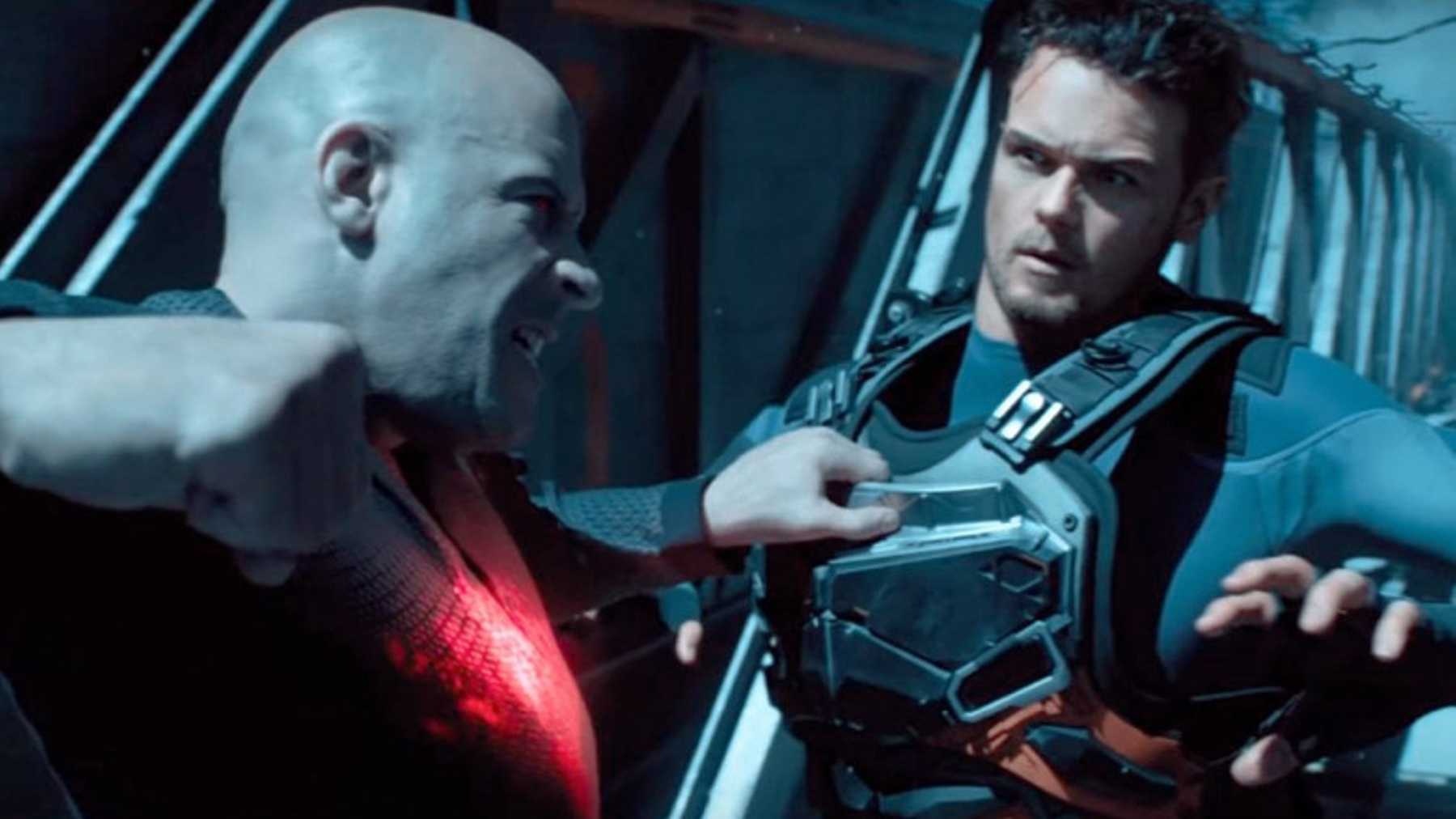 Diesel plays US Marine Ray Garrison, who, after saving a hostage from a Mombasa kidnapping, finds himself tortured and killed, alongside his beautiful wife Gina (Talulah Riley) by a covert group seeking information. However, he is resurrected from his own demise by Rising Spirit Tech, or RST, and the advances of Dr Emil Harting (Guy Pearce), who has implanted Ray with microscopic nanites as blood, making him nigh indestructible and able to heal almost immediately from any wound. Codenamed Bloodshot, Ray meets fellow RST crewmembers KT (Eiza Gonzalez), Jimmy Dalton (Sam Heughan) and Marcus Tibbs (Alex Hernandez), most of whom also have special forces training, and have had their ruined bodies augmented by Harting. When Ray takes off the avenge his wife’s death at the hands of a reputed terrorist, Martin Axe (TobY Kebbell), he unlocks hidden secrets inside his own mind that reveal that all is not as it seems with Harting and RTS’s motivations. 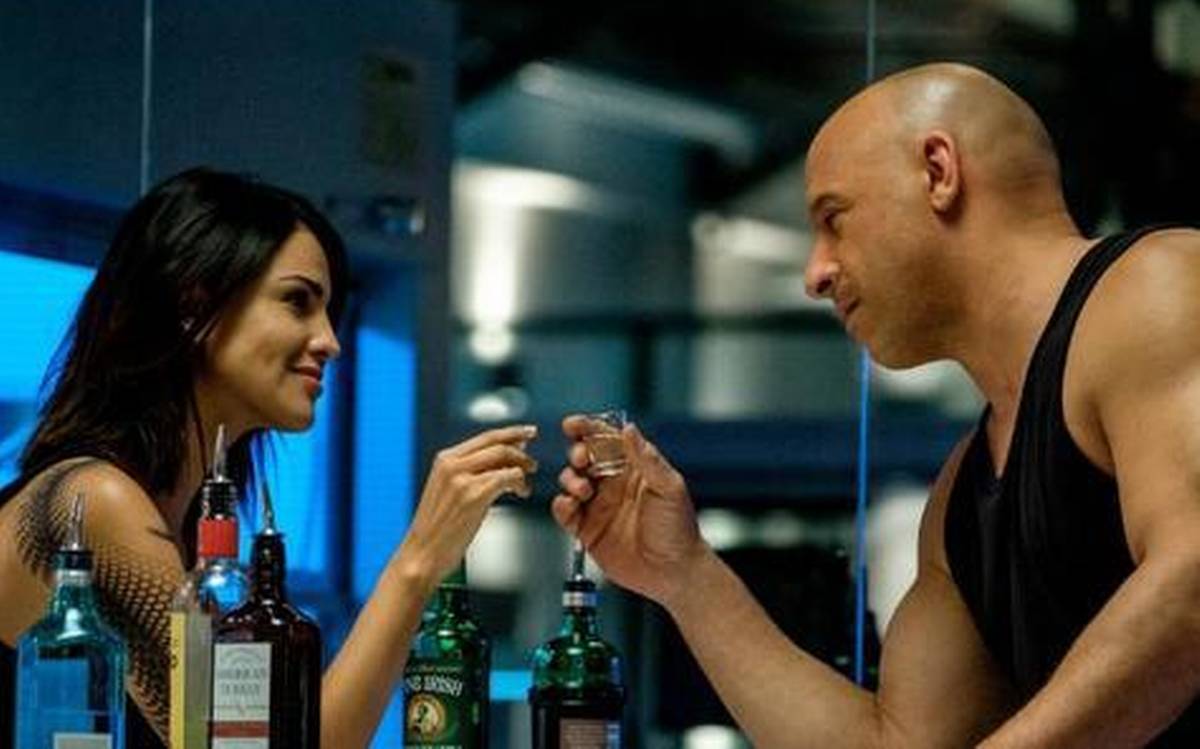 Bloodshot works as a by-the-numbers origin story that tracks as predictably as you might imagine. A few of the film’s surprises are actually surprising, but the film follows the comic book movie formula rigidly, rarely deviating from our expectations. Diesel, as is obvious from the marketing which pretty much excludes everyone else involved, shoulders the film with big-screen physicality but as we’ve come to find through countless garble-mouthed performances, his emotional vocabulary is extremely limiting, rendering a lot of the possible relation with his character inert and bland. He plays a special forces marine with the muscularity and stone-faced growl he’s honed over the decades (can you believe it’s been nearly twenty years since The Fast & The Furious??) and “acts” with grunts, grimaces and a degree of painful self expression foreign to the man. Bloodshot is a blend of Jason Bourne, X-Men and The Punisher is many respects, even if the film’s constant technobabble and incomplete exposition confuse the more casual viewers, with director David S F Wilson, a visual effects whizz in his feature debut at the helm, unable to evoke anything resembling nuance or subtlety within the concussive action.

As a producer, however, Diesel seems to be able to recognise his weaknesses and so surrounds himself with an ensemble of supporting players more than able to rise above the pulpy, generic material. Key to this are the addition of Guy Pearce, as Emil Harding, and Lamorne Morris, as the man who becomes Bloodshot’s own Whistler to his Blade, Wilfred Wigans, a comedy relief element that perks up the film from the moment he appears very late in the piece. Pearce, hamming wonderfully as the film’s arch villain – or at least a man with the most unbelievable motive for creating Bloodshot in the first place – has a blast in the role, switching from a very Tony Stark-esque tech-guru persona to outright camp megalomaniac like he’s just ordered the wrong Happy Meal at McDonalds. Less preformative is the beautiful but wooden Eiza Gonzalez, as the atmospherically challenged KT (she breathes through a special mechanism on her chest, for some reason I forget), Sam Heughan as the cheesy, slimy, legless Jimmy Dalton, who has a chip on his shoulder the size of Texas, and a dreamy but inert Talulah Riley as Ray’s supposed wife. Although these actors struggle with the material to a degree, they serve far more important work giving Diesel a platform on which to do his thing, and in comic book movie terms it works. 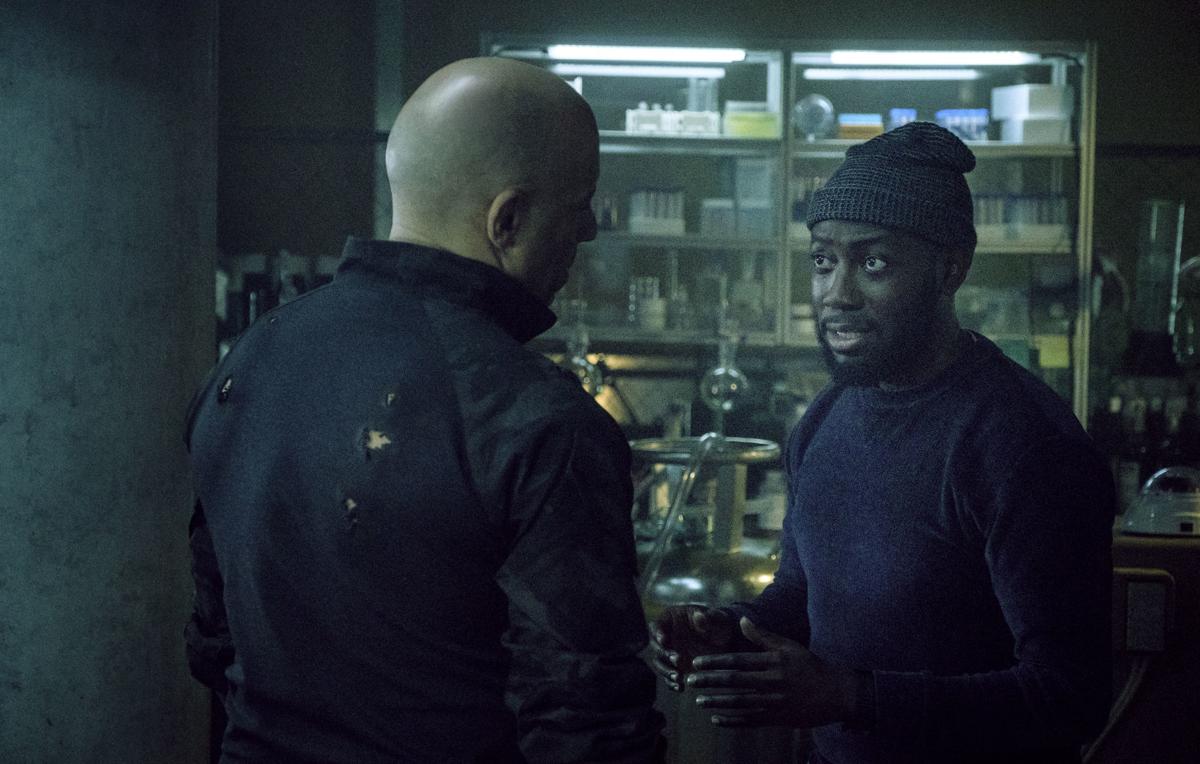 Getting back to the direction for a moment, Bloodshot is primarily sold as an action film and in this element Wilson, together with Diesel and some spiffy visual effects, does a great job. There’s a sequence inside an underground tunnel in which Diesel’s Bloodshot takes revenge on the man whom he believes killed his wife, Martin Axe, played by Toby Kebbell. It’s one of those “endless henchmen and endless gunfire and still the hero survives” type scenes, the kind of thing John Woo would pull off far better in the 1980’s. It’s a stylish sequence that highlights not only Bloodshot’s tech-enhanced strength and survival ability, but also Wilson’s drive for revenge, which in turn serves story points down the line. A later sequence in which Bloodshot and a duo of fellow cybernetically enhanced combatants brawl up and down the side of the RST building in the middle of the city has Raimi’s Spider-Man genetics inside it, and aside from a couple of wonky VFX here and there it is genuinely engaging. The accompanying score, by Steve Jablonksy, is the composer at his most bombastic, although quieter themes, while unmemorable, enhance the more circumspect moments in this movie. 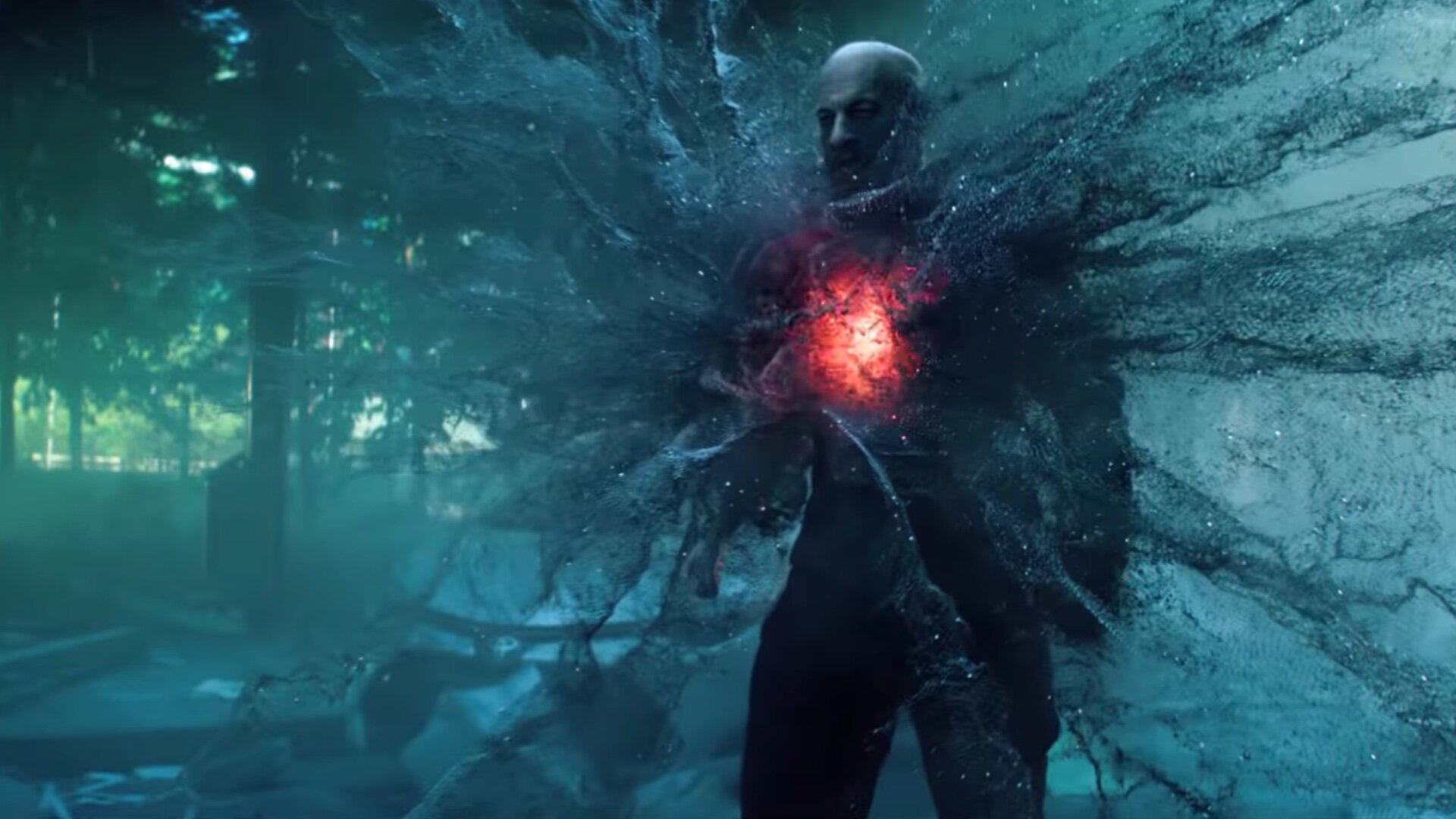 As a movie Bloodshot has a lot working in its favour, not the least is the introduction of a refreshingly unfamiliar new hero most people would never have heard of – Valiant Comics doesn’t have the drawing power that, say, DC or Marvel have, but they’ve been publishing since 1991 and have a broad range of characters from which to set up an all new cinematic universe – and a launching pad for a new franchise for Vin Diesel. In this the film holds a specific interest, but it lacks the clout of a more popular character, such as Spider-Man or Superman, to really draw in the investment. And Bloodshot the film doesn’t do anything anywhere nearly interesting enough to differentiate itself from, say, middle-tier Marvel movies like Iron Man 3 or Thor: The Dark World. Which is where it remains: a competently made and ambitious franchise film that persists with mediocrity and ambivalence.