At times difficult to penetrate, at others impossibly tense, the South Australian-UK production of Escape From Pretoria skimps on character but delivers a well-made, competent prison escape film. The atmosphere of Nelson Mandela’s incarceration and the South African Apartheid-era racial divide permeates every frame of this thriller from British director Francis Annan, pulsing with the evil menace of an inhuman cruelty, and while perhaps not being as politically savvy or pointed as it probably aspired to, will keep you on the edge of your seat for the entire 100 minutes you’re watching. Hallmarks of great prison films, such as Shawshank Redemption, The Great Escape, Escape From Alcatraz and even Papillon, threaten to overwhelm expectation for Escape From Pretoria, but a compelling leading turn from Daniel Radcliffe (who will never escape his Harry Potter past even if he does grow a fabulous 70’s era beard) hold this thing together exceptionally well. 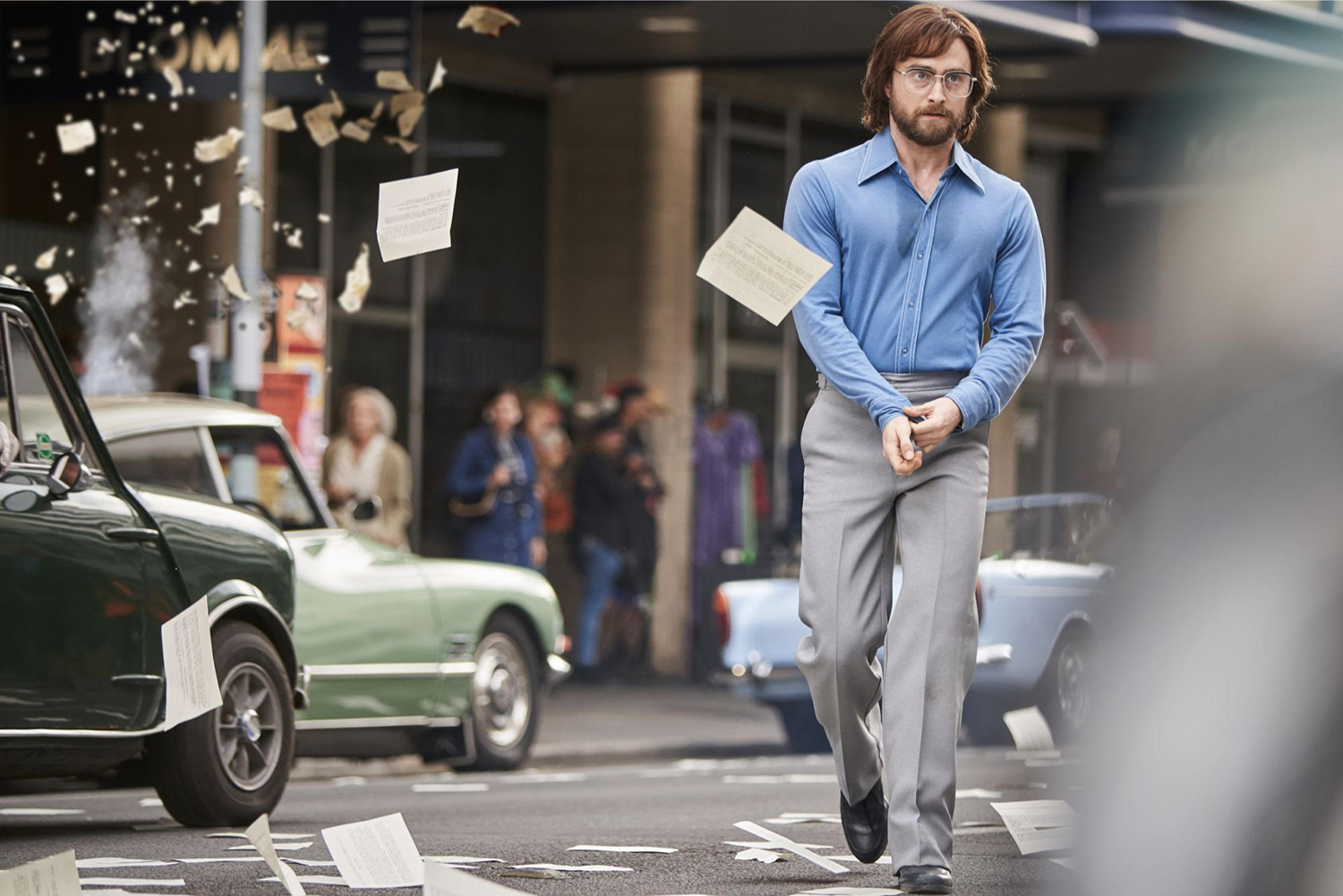 The late 1970’s, and South Africa is being torn apart by the segregationist and racially discriminatory Apartheid legislation, in which the native African peoples were seen as (and treated like) inhuman beasts; it was against this policy that Nelson Mandela fought, and it’s against this backdrop that two white South Africans, Tim Jenkin (Radcliffe) and Stephen Lee (Daniel Webber) are imprisoned in Pretoria’s Central Prison, alongside fellow inmates like Leonard Fontaine (Mark Leonard Winter) and Denis Goldberg (Ian Hart, who co-starred alongside Radcliffe in Harry Potter & The Philosopher’s Stone, as Professor Quirrell), and immediately begin planning their escape. Over the course of the next 19 months, Jenkin and Lee manufacture wooden keys in order to unlock the various barred doors to not only their cells but the corridors of the prison complex, hoping to make a break for freedom. Through near-misses and close calls, the time comes for them to make their escape; they invite Fontaine, who accepts, but nearly all the other prisoners refuse to attempt to escape with them. Will they be caught before they make it to the outside? 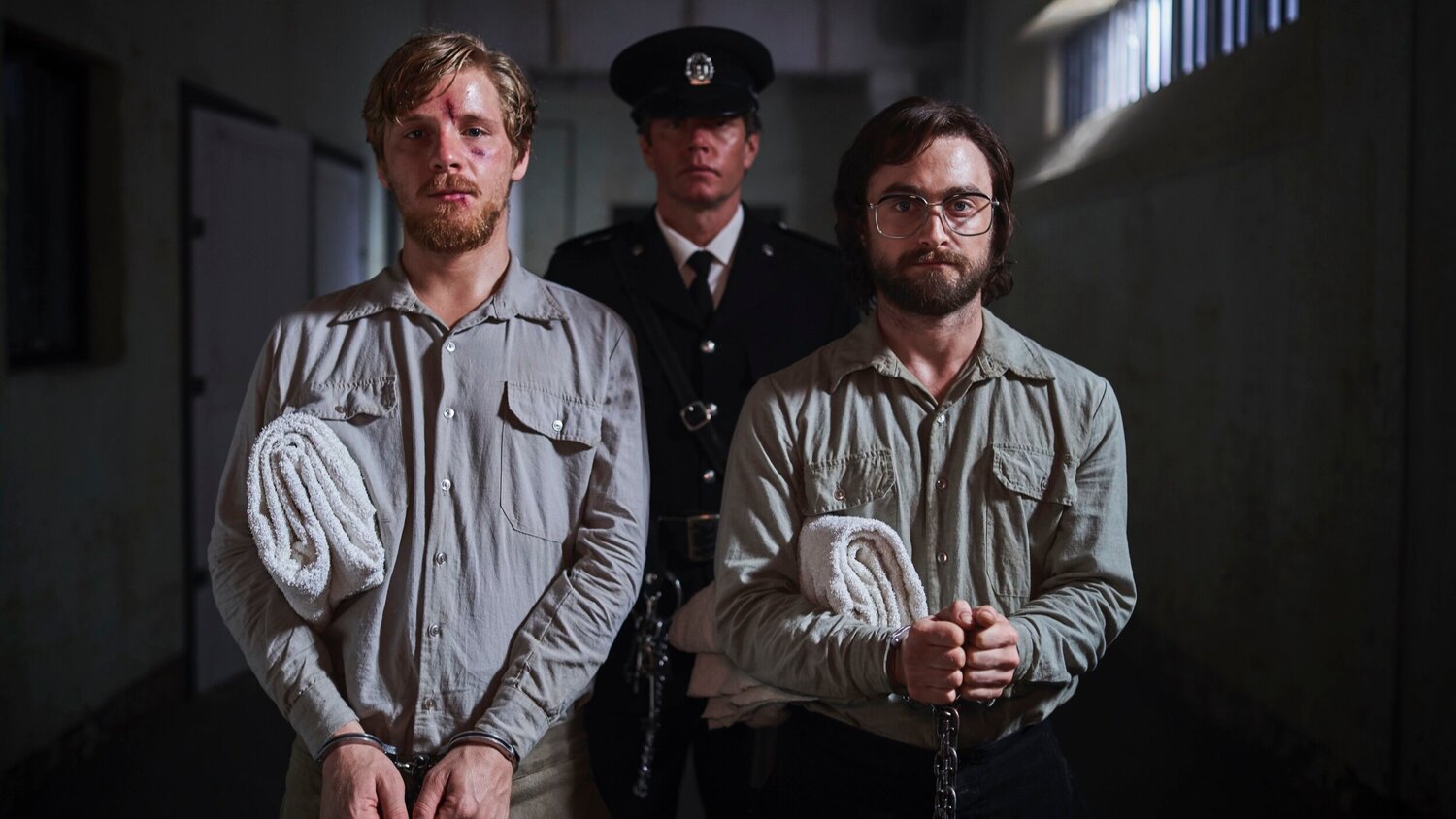 Without doubt, Escape From Pretoria is an incredibly tense film for the majority of its well-used 100 minutes. It wastes no time getting into the escape-from-prison stuff, following a brief street scene opening and subsequent courtroom sentencing, and the plot moves swiftly from the “first day” to day number four hundred and something, by which time our heroes have crafted an elaborate mechanism of escape that works through determination and a large chunk of luck. Prison films are by their very nature inbuilt with a degree of human empathy – you either know the inmate inside is guilty, or they aren’t, but you’re always hoping they escape somehow, because in films it seems prisons are places people keep wanting to escape from. That most of the prisoners within the film appear political – as was the case at the time – isn’t a surprise to anyone, but locking up a bunch of reasonably intelligent activists and political martyrs simply has to invite shenanigans of the escapee type.

The film is written by director Annan with LH Adams in what IMDb credits as the latter’s debut film work, and it’s based off the non-fiction book entitled “Inside Out: Escape From Pretoria Prison” by actual escapee Tim Jenkin (is it a spoiler to say he escaped and wrote a book? Maybe… but I digress). Sadly, the screenplay remains largely simplified, giving our characters fairly broad brush-strokes of character traits and small-d “development”, instead leaning more heavily into the escape aspects of the story. This is the frustrating thing: I wanted to know more about what drives our main characters, what their motivations are and why I should invest in them as characters more than the apparent rebellious guerrilla warriors the film’s opening paints them as being. Radcliffe’s Jenkin has a black girlfriend at the time, and although her story outcome is given brief treatment in the closing credits, it might have been nice to dwell on this supposed plot point for more than three or four seconds. Instead, the film hones in on the escape plot itself, which isn’t a bad thing but it does make this less a character piece and more a straight-up thriller – and I’d hoped to hear more about these people as people rather than just inmates at a prison some forty years ago. Context is everything, so unless you’ve boned up on Apartheid recently a lot of the film’s backdrop canvas will probably go over your head.

Radcliffe’s Jenkin might be the default leader of the escape gang but he doesn’t warrant it, what with the few personality arcs he’s given. Daniel Webber is even worse served, his character little more than a hanger-on for all the emotional and personal investment we get with him. But hang on… the third major player here, Mark Leonard Winter, as captive Frenchman Leonard Fontaine (a fictional character, based loosely on real life counterpart Alex Moumbaris, who escaped with both Jenkin and Lee) is given all the emotional weight of the film to carry; his character is given barely 30 minutes a year to speak with his young son, and it’s this sense of grief over time lost that saturates his performance and in many ways anchors the rest of the film. All these men have lost something at the hands of an evil, pervasive regime, and most of them appear ready to stand tall for opposing it, even if it means rotting in prison. Ian Hart’s performance as real-world prisoner Denis Goldberg is terrific but ultimately meaningless, given an indifferent arc to follow and a meandering, often pointless intrusion into the overall plot – he effectively plays the cellblock patriarch, if you will, a cliched role that isn’t written well but serves its mild purpose in propelling the escape forward here and there. Grant Piro’s work as the pinch-faced prison guard who torments Jenkin and his fellow inmates is laudable but often laughable – honestly, these guys suspect there’s something going on but aren’t smart enough to work things out? It’s the suspension of disbelief here I found hard to overcome. 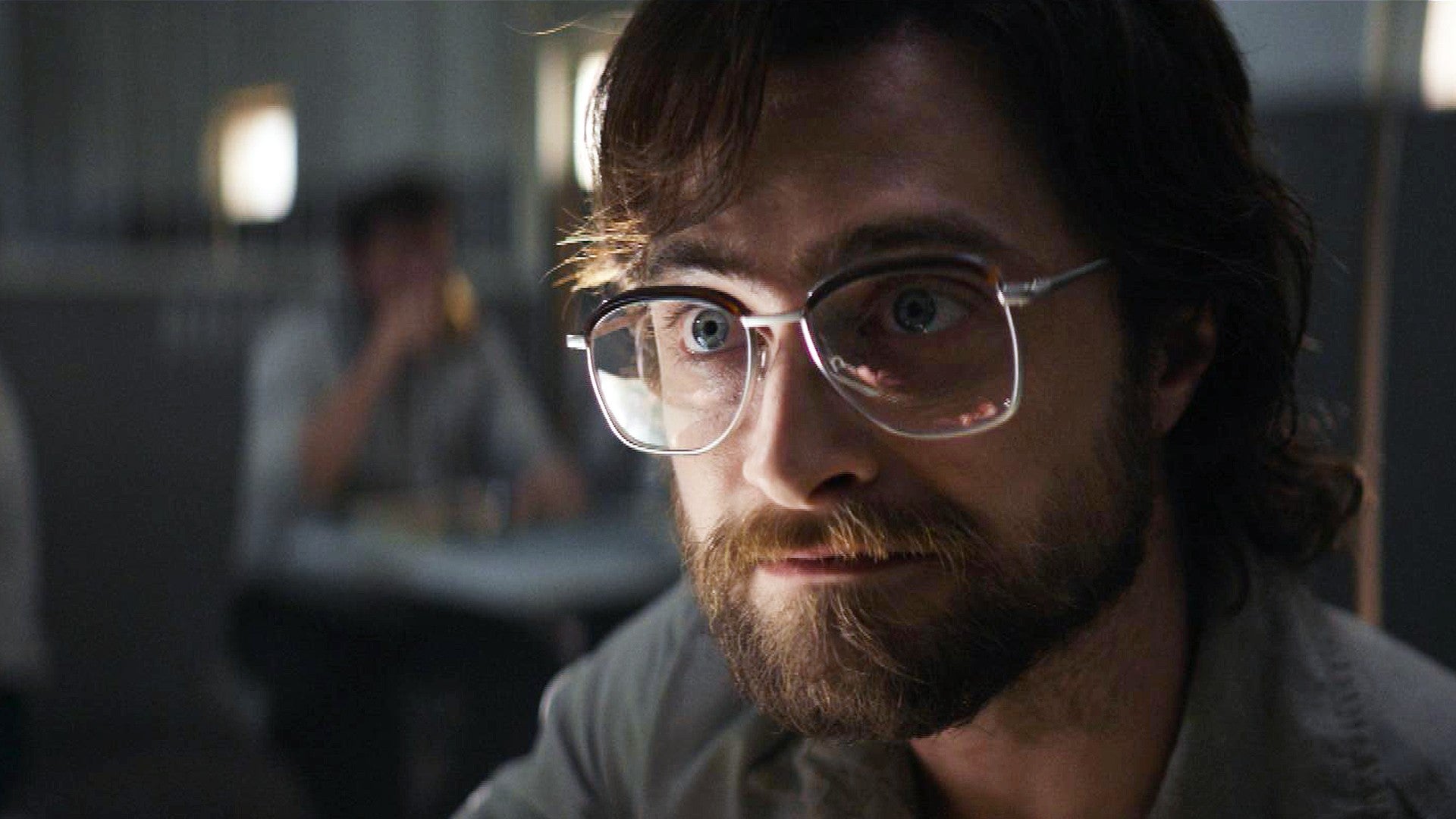 Despite glossing over the deeper meanings of Tim Jenkin’s story and his journey from activist to prisoner and back to activist again, Escape From Pretoria is a frighteningly tense prison-escape film that delivers some pulse-pounding thrills and a last-gasp, fingernail-shredding battle of nerves to escape one of history’s most reviled incarceration facilities. A lot of the external sequences were shot inside the old Adelaide Gaol (which is supposedly haunted, if you believe that kind of thing) and within Adelaide’s CBD and surrounding suburbs, so for local audiences seeing our famous landmarks opaquely portrayed as South African locales is quite the thrill. Had the film delved more in to the background of Jenkin and provided a more compelling catalyst for his escape (why didn’t he just give up, you know?) the film might have solidified its sweaty-palmed narrative thrust for a more emotional sense of euphoria, but it doesn’t. It’s still pretty darn good, though.