As a functional Mission Impossible clone, Phillip Noyce’s 1997 big-screen adaptation of The Saint, formerly a television series starring Roger Moore, fitfully delivers very, very mild thrills amidst a cornball romance and impossibly silly Russian villains. Led by a valiant Val Kilmer in full-throttle mumble mode, and a game-yet-miscast Elizabeth Shue as the love interest slash leading lady, Noyce’s film barely registers a whimper with inane action and increasingly silly espionage antics, none of which make a jot of sense (and some of which have dated badly), but if you’re up for a Moscow-set late-90’s bloodless romp, The Saint is a film you should actively avoid.

As a boy living in a strict boarding house, young Simon Templar witnesses a potential love interest fall to her death in a horrifying accident. Years later, a now adult Simon (Kilmer) is working as a master thief, able to disguise himself and avoid capture and provide information to the highest bidder. When he is offered a chance to steal a new energy formula from an American scientist, Emma Russell (Elizabeth Shue), for a violent and power-hungry Russian Communist, Ivan Tretiak (Rade Serbedzija), Templar finds himself torn between financial freedom and his love for the woman; together they must outwit the Russian mafia and a couple of ineffective British Detectives and make their escape out of the country. 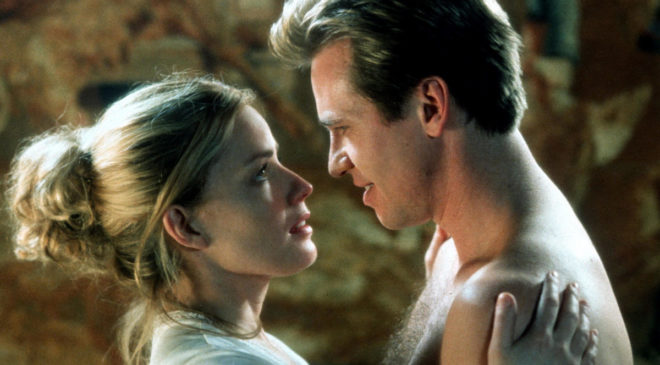 The Saint starts strongly. Never let it be said that the film’s opening gambit involving Kilmer’s Simon Templar and a televised address by Serbedzija’s Tetriak, coupled with a safe-cracking escapade and a vaguely weak-willed fight between the star and moderately attractive henchman Ilya Tetriak (played by Valery Nikolaev), isn’t at least a solid opening. Once the dust settles on the preamble, though, The Saint’s convoluted plot and inexplicably awful romantic subplot between Kilmer and Shue renders the entire film exposed to audience boredom. I recall going to see this film in cinemas given its trailer marketed it as a white-knuckle thrill ride, and yet the entire second act of this marginally intriguing film revolves around Templar wooing and double-crossing Shue’s breathlessly willing (and entirely superficial) Dr Emma Russell. Sure, Shue isn’t believable for a second as a particle physicist or nuclear scientist or whatever it is she’s playing, but at least it’s not Denise Richards in The World Is Not Enough-level bad; silver linings an all, I guess. By the end of the film, however, things have descended into a pretty B-grade run-and-gun chase film with predictable double-crosses, multiple plot twists and of course some diabolically cheesy villains, notably Rade Serbedzija’s hammy, scenery chewing Tetriak. There’s elevator shaft clambering, sewer crawling, last-gasp American Embassy shenanigans, and a whole load of “close call” escapes by Templar and Russell as they attempt to outwit the knock-kneed Russian gangsters descending upon them. 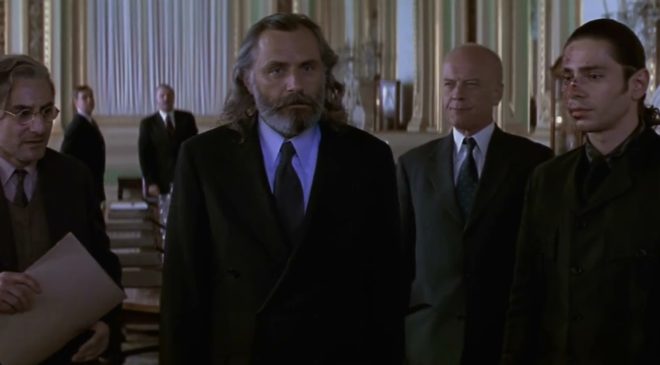 The film mishandles the backstory for Templar in that the catalyst for his identity issues, stemming from a pivotal moment in his childhood, are never brought full circle or pay off in any way, meaningful or otherwise. This crucial failure by the script ensures the audience’s empathy for Templar’s fate, his anti-hero nature and the use of multiple disguises feel more like a cliche than any real development of character. Exactly why we should be rooting for Simon Templar to succeed in life is a mystery – he’s a dude with tech and a penchant for funny voices, but aside from being too-clever-by-half (and surprisingly human, given the number of times his plans come undone) there’s little to really give a shit about when it comes to the character. I’m not sure how the villains keep not recognising Kilmer’s “disguises”, because they’re not that great. Some are even actually pretty bad. Imagine not realising that the goober-faced journalist you met in one scene and the smooth-talking bohemian artist conman you met in the very next scene aren’t the same person: you’d have to kill yourself with shame. I mean, Kilmer in a beard and Kilmer with an Aussie accent aren’t poles apart – for a master of disguise with the mega-budget of a Hollywood film at his disposal, you’d expect something a little more… you know, high quality. 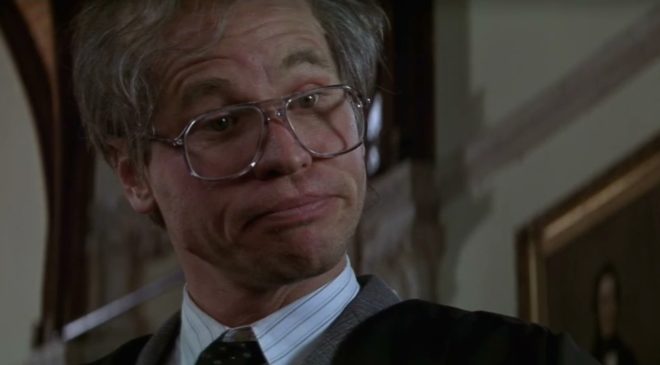 The central plot device involving cold fusion energy, as fanciful a premise as you can get, is a little too reminiscent of the Rabbits Foot from Mission Impossible III (and countless other MacGuffins in countless other films) and modern audiences will hardly raise a sweat over the idea of a free-for-all and limitless energy source. And the film’s largest failing: why would a man of Simon Templar’s temperament, dedication and disposition allow himself to fall for a woman as insular and against the grain as Emma Russell? Sure, she’s attractive, but the way Templar swoons over her during the film’s basket-case third act is just silly. 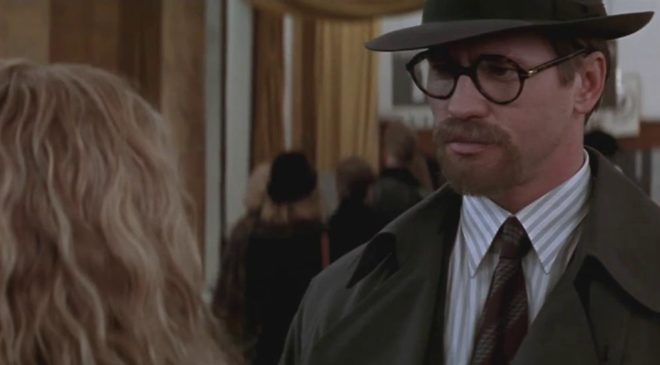 Silly is perhaps the best descriptor to use for Noyce’s film. It’s a workmanlike effort, really; in trying to inject enthusiasm for uninteresting and underwritten characters as best he can, Noyce crafts a serviceable film out of utterly benign parts, delivering a film that’s one part slow-motion Bourne Supremacy, one part low-rent Mission Impossible, and all parts recidivist cliche for Eurotrash villains. Bewilderingly mild, The Saint abjectly refuses to honour its own preamble and makes far too much noise over the names Simon gives himself throughout (yes, we get it, the names of his identities are all taken from Catholic saints… repeat ad nauseum), and in trying to create a sense of tension injects too many nameless supporting characters into the mix that don’t work. Alun Armstrong and Charlotte Cornwell are amicable actors in their own right, but as a pair of Scotland Yard investigators their roles are utterly redundant to the overall plot, and their excision wouldn’t be missed. 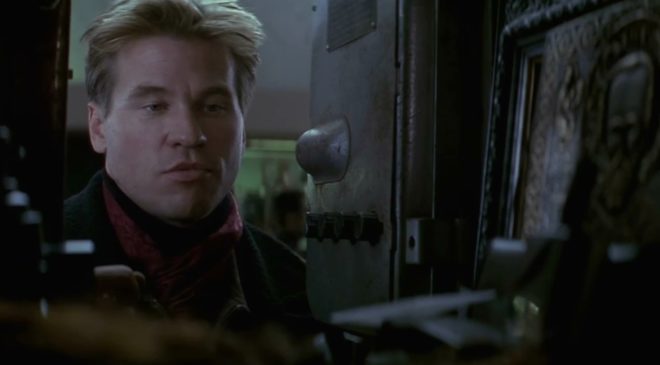 The Saint is utter tripe, a trip-hazard “thriller” lacking either thrills, intelligence or charisma. Kilmer plays it too cool for school, Elizabeth Shue seems to be acting in a Hallmark movie instead of a mainstream action entry, and the film’s overarching plot and use of silly, kitschy villains is ruinous. Ostensibly set in Moscow but obstinately refusing to really make use of such a brilliant setting (although a scene in Red Square sets the tone early), and directed with confusion and a tonal incoherence by Noyce, the fist big screen outing for The Saint is like a fart in a breeze. Pointless.