Single White Female is a film that’s long been on my bucket list. I’ve always had a fascination with its poster, a haunting, beautifully articulate image of two women parted by a door, destined to become best of enemies. Sadly, my general disdain for Jennifer Jason Leigh as an actress, and my complete and utter disinterest in Bridget Fonda, meant I never really got around to watching this at any point when it made much sense. Ostensibly a “white people’s problems” thriller, a little bit like Pacific Heights or Sleeping With The Enemy or any number of subgenre entries in which a predictably attractive hero/heroine would become the focus of a slightly unhinged, generally equally attractive villain of some description, Single White Female pits two marketable actresses against the other with the showdown playing out under Barbet Schroeder’s unilaterally serviceable direction. 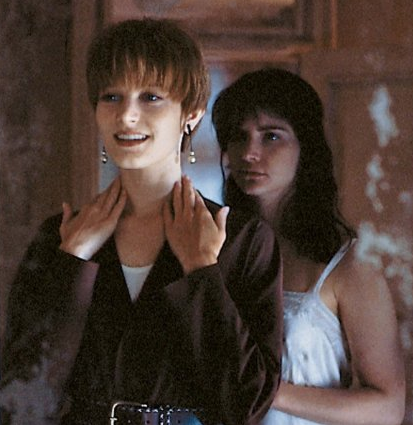 Allie Jones (Fonda) lives in a swanky New York apartment with her handsome beau Sam (Steven Weber), with a nice job as a software designer. When she discovers Sam is having an affair with his ex-wife, Allie kicks him out and has to search for a new roommate to keep her apartment. She meets young Hedy Carlson (Leigh), and the pair form a friendship, with Hedy moving in to subsidise the rent. Initially the pair are friendly, but tensions between them rise when Sam starts to woo Allie back, causing jealousy in Hedy’s behaviour. As Allie starts to dig into Hedy’s past, she soon learns that the woman she’s invited into her home may not be the most stable person to befriend. 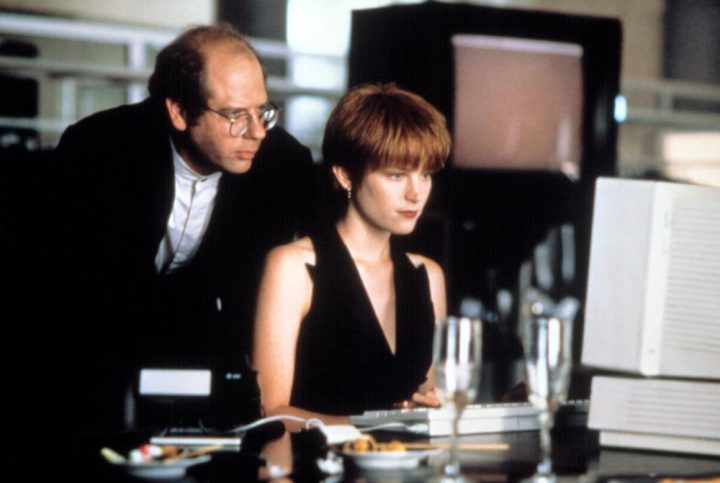 They often say that possession is nine tenths of the law. I’m not a lawyer, so I can’t confirm that saying, but good thriller movies often revolve around possession of people, or perceptions of possession by unhinged lunatics. People assuming an attraction to another confirms possession of them is good old psychological pulp thriller, and Single White Female is an excellent example of such rapidly rising fear. The early 90’s were a great time for this kind of mind-movie, from Basic Instinct, The Hand That Rocks The Cradle, Fear, and the aforementioned Pacific Heights all maximising this similarly attuned possession subtext, and Don Roos’ screenplay adaptation of John Lutz’ “SWF Seeks Same” novel delivers a polished New York claustrophobia and a sexually charged dynamism that, despite the decades between then and now, works. 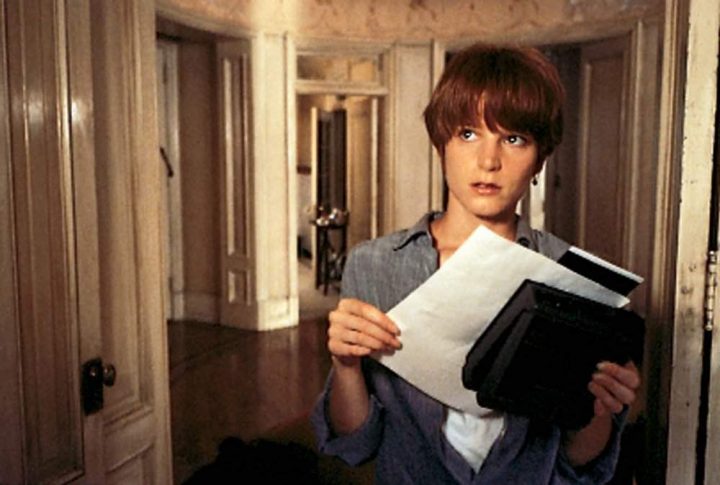 The film works largely due to a great performance by Jennifer Jason Leigh, as the unstable Hedy. While Bridget Fonda once again provides the wooden acting I associate with her, and Steven Weber’s big-haired 90’s douchebag look evokes mild giggles, Leigh’s coquettish Hedy and her startlingly creepy devolution into a ratty, emotionally unstable leech is the film’s centrepiece of tension. Stephen Tobolowsky – you know, Ned Ryerson from Groundhog Day – plays a predatory client of Allie’s well against type, and Allie’s upstairs neighbour Graham (Peter Friedman) offers a touchstone of external support, the film fires on all cylinders when Leigh is on the screen. Like any good psycho, Leigh’s Hedy is an insidious presence within the story, first simply seeming all caring and lovely, before subtly bizarre behaviour sets off alarm bells in Allie’s head as to her motives. The moment Hedy restyles herself to look like Allie is the moment things really start sliding into Crazytown, as the backstory of her character blossoms into full-fledged whackadoodle motivation. 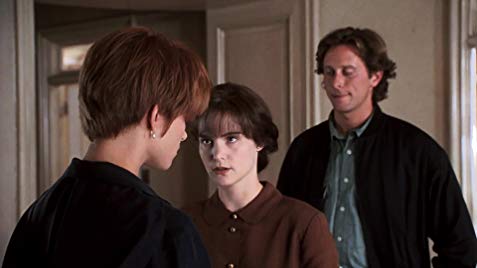 As with a number of films from this period, the story does feature a number of moments of casual titillation. The use of sexual imagery to imbue the film with eroticism contrasts against the prescient terror inherent in Allie’s situation, although the salaciousness of the film’s production feels a touch cheesy and cavalier to the audience. Whereas Basic Instinct used sex as part of the story, and Sliver tried to do something similar to a lesser degree, with Single White Female it’s never really much more than gratuity. One suspects Swiss director Barbet Schroeder uses nudity to provoke a sense of defencelessness, of stripping down the characters to their raw, primal state, and to a degree it works. It isn’t, however, in service of the story or the characters – I cannot remember the last time I let a roommate just walk in on me in a state of undress – and feels slightly overblown by today’s standards. It’s perfectly 90’s, though. 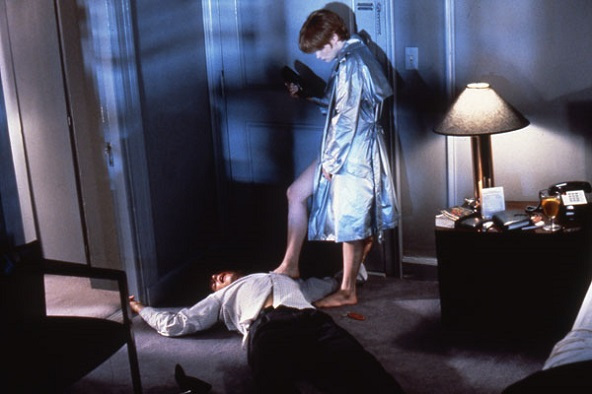 Generally, the film’s smaller ensemble cast and enormous setting in which the story takes place creates that sense of claustrophobia I mentioned before. These people exist in a monolithic city, surrounded by utter strangers and the knowledge that even if they were to encounter trouble, good help is a fair way off. The isolation of self within such a teeming mass isn’t prevalent within the film itself but comes across as a feeling throughout thanks to Schroeder’s camerawork. The film isn’t particularly flashy or stylish in the modern sense, and feels fairly bland considering the off-the-wall character it centres on, but Schroeder garners plenty of praise for his atmospheric lensing of the structures and places in which our characters live and work. Cavernous architecture might suggest empty lives, perhaps? In any case, the backdrop of the film is suitably deteriorated, much like Hedy’s mental state as the film progresses. 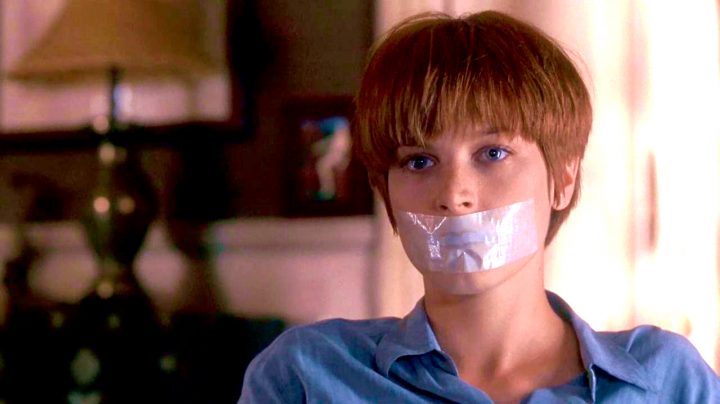 Is Single White Female scary? Nah, not really. Maybe back in the day, it touched a nerve with the Fatal Attraction crowd, but the real scares come from Bridget Fonda’s terrible acting and the fact that her character can afford an apartment of that size in New York City even with two people paying rent. I mean, the apartment is enormous, the size of an actual house. All jokes aside, the film is still remarkably effective despite being a product of its time. The slick 90’s fashion, the crumbling New York architecture of Allie’s apartment, the Rosemary’s Baby madness that ensues and the ubiquity of post-modern style and urban isolationism make for a kitschy, occasionally trite psyche-thriller that works in a fumbling, generic way. Unsurprising today, Single White Female taps the cliches and smothers itself in generic plotting and characters, but makes the most of its cast’s performances. For that alone, it’s worth a look.