Warning: this review may contain spoilers for a 70+ year-old film.

There are probably a million hours worth of dissection and discussion to be had about the construction of Richard Siodmak’s gloriously gothic The Spiral Staircase, but sadly this isn’t the review for that. The 1946 version is the first of several adaptations of Ethel White’s 1933 novel “Some Must Watch”, and to many it remains the definitive version. The story feels like a Hitchcockian murder mystery thriller: a mysterious killer stalks the residents of an isolated Vermont house at the turn of the 20th Century, several of whom are afflicted by physical restrictions making the tension between survival and certain death a tangible, likely thing. The Spiral Staircase echoes the great “Clue” boardgame – Mr Green, in the basement, with a rope – as well as suggesting itself an early proponent of the slasher film, what with its classic crash-bang thunder-and-lightning reveals and superb production design, which leads me to suggest that fans of classic cinema who haven’t yet checked this out should do so with utmost urgency. 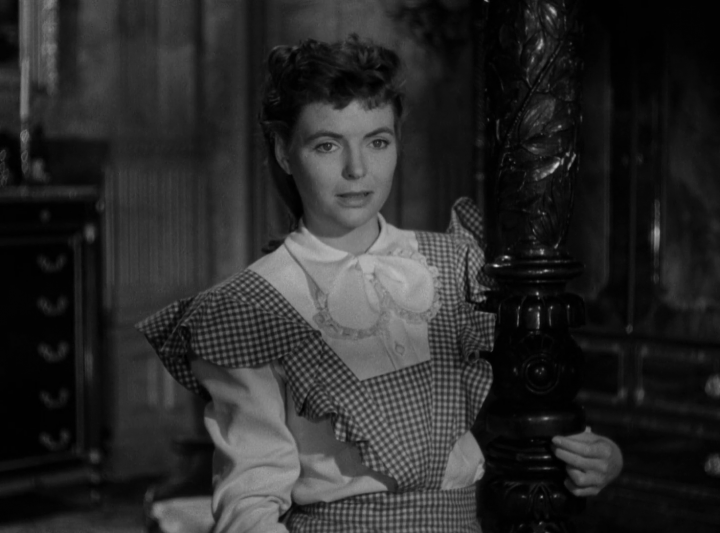 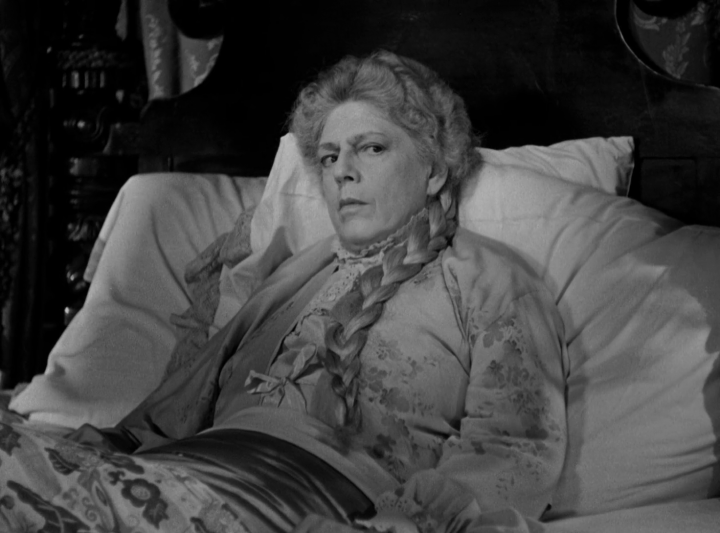 The Spiral Staircase is a classic “whodunnit” mystery. Very similar to an Agatha Christie story, the film’s plot revolves around a group of people in a sprawling mansion cut off from immediate help (as luck would have it, an enormous thunderstorm takes place during the film’s run), and the presence of such iconic thematic material makes for a compelling watch, even today. The film may have helped spawn a thousand movie cliches, but I’ll be damned if The Spiral Staircase isn’t a brilliant example of classic storytelling done right. If nothing else, it is gorgeously shot, a magnificently filmed visual treat for fans of the genre, offering archetypal motifs and dazzling uses of light and shadow to manipulate the viewer’s emotional state. 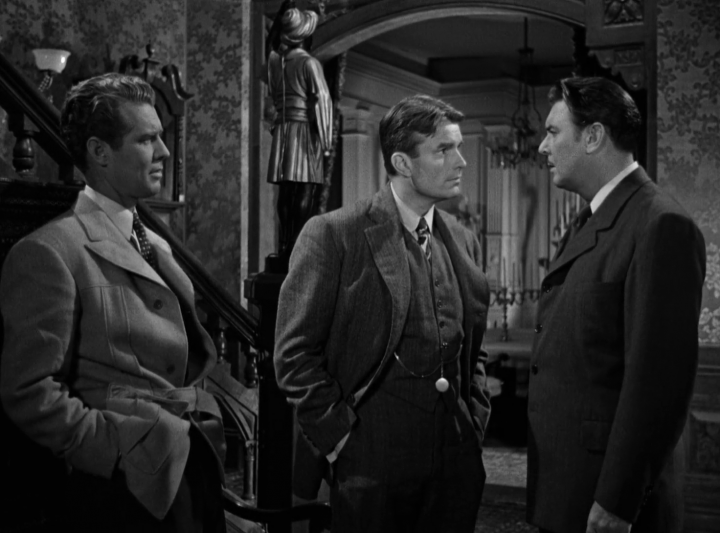 Populated by a delightful cast, particularly the debonair Kent Smith as Dr Parry (to be honest, my first inclination was the think he was the killer) and the fabulous Elsa Lanchester, The Spiral Staircase is as much a psychological thriller as it is a gothic noir mystery. The lack of voice given to Dorothy McGuire’s Helen makes her an immediately helpless victim, for how can she cry for help or explain what she’s seen without one? So too the shallow and tortured Blanche, played by Rhonda Fleming, who barely registers in the movie beyond being a romantic infatuation for Gordon Oliver’s handsome but insolent Steven Warren, and who plays the vampish beauty with the word “ravishing” practically tattooed across her forehead. If this was a modern slasher movie, she’d be the girl who’s killed immediately after a sex scene. In fact, the women of the film are given far more development than even the men here, with Lanchester, Fleming, McGuire and Ethel Barrymore’s spiteful Mrs Warren (Barrymore was nominated for an Oscar for the role) giving the film’s oppressive aesthetic depth and a dark humour. 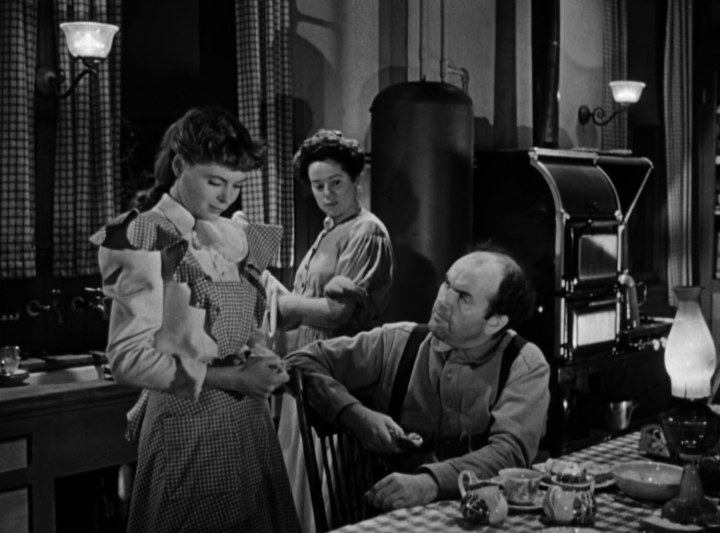 Of course, the men do solid work on screen as well, with George Brent’s grandpapa-ish Professor Warren at odds with his wide-eyed and worldy-wise brother Stephen, and Kent Smith’s Dr Parry giving us a leading man performance that turns out to not be quite so leading man. I mean, he’s off-screen for a lengthy period on the film, which is surprising given he’s the first real character we meet with a speaking role as he investigates another murder. Smith’s chemistry with McGuire is lovely, while Brent and Gordon Oliver’s sparring as bickering brothers has a sparkling sense of masculinity about it. The brusque, surly Mr Oates, played by Rhys Williams, is so obviously played to be the possible killer it’s even more obvious he isn’t – sorry for the spoiler on a 70 year old movie – but his dialogue brims with a wry wit and obnoxiously put upon attitude. The class divide here isn’t played up as much as it could have been, but it’s obvious that the “help” have little regard for the condescension of their employers. Nurse Barker’s obvious disdain for Mrs Warren’s constant abuse is among the film’s many lighter moments. 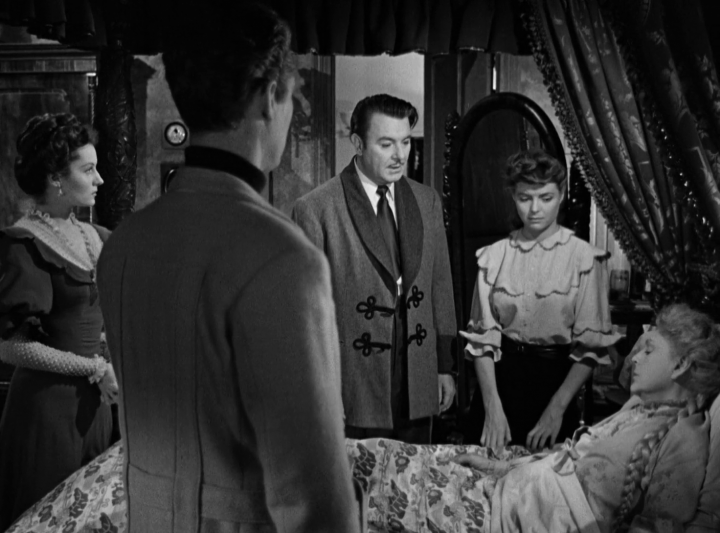 Speaking of light, The Spiral Staircase is a film that uses light and dark in the most astonishing of ways. The film is spectacularly lensed by Nicholas Musuraca, who pioneered this tangent of expressionism and deep-black virtuosity in his work throughout the 1940’s, and at times I was gobsmacked at how beautifully crafted many of the frames were. From the candle-lit basements of the Warren mansion, to the rain-soaked, muddy courtyard (which, in an early scene, has a genuinely gaspworthy reveal to rival that of Alfred or Wes), Musuraca’s work here is the stuff of legend, it’s so good. The house’s vertiginous ceilings and vaulted corridors and stairwells make for a claustrophobic setting, and Siodmak’s use of mirrors and reflection to hint at stuff not directly in frame is stunning. 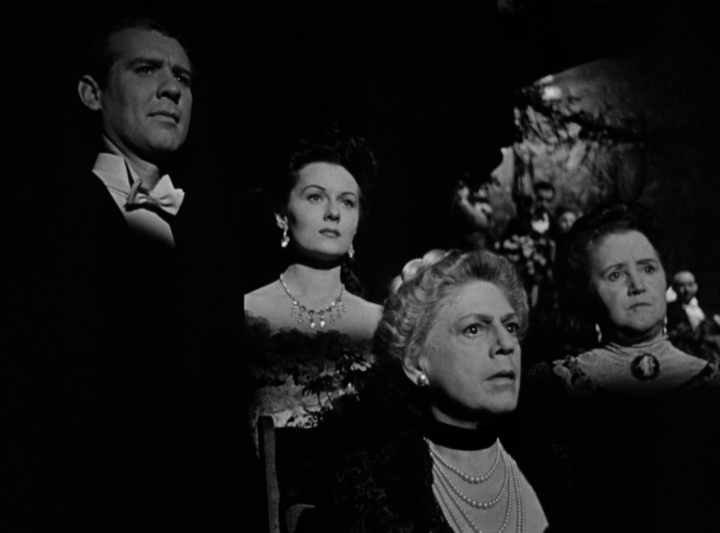 The film also uses an early example of “first person” POV for the killer’s attacks, something that’s de rigueur for modern variants of the genre, and we also see the now classic “killer’s eye” motif in which the camera focuses in extreme close-up on an eyeball shrouded in darkness, a style many acclaimed directors have used down the generations since – one noteworthy example is Dario Argento’s mimicking work in Profondo Rosso (1975), which extrapolates a similar design style as The Spiral Staircase for a lot of its kill sequences. The stark shadows and creepy, instantly effective use of shrouded darkness enveloping our characters at particular moments in the movie might seem cliched by today’s standards, but represent early horror and thriller templates used even now to elicit fear in an audience. It should be noted that The Spiral Staircase isn’t a “jump scare” film by any stretch, rather it builds its tension and fear primarily through atmosphere and dread, a sense of impending “he’s behiiind you” foreshadowing (ha!) that sends shivers up your spine and, in some cases, will make the hair stand up on your skin. 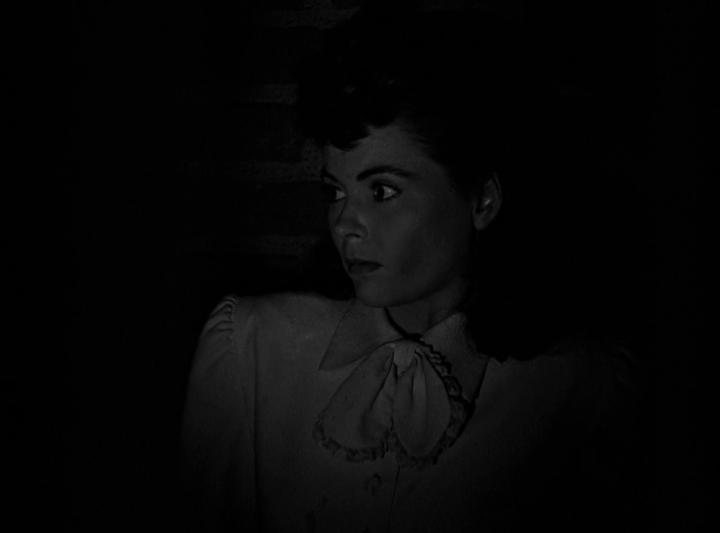 A scintillating noir thriller, filled with vital imagery and iconic horror motifs, The Spiral Staircase is terrific example of what the genre’s golden age could achieve. Comparisons to the greats of the genre are warranted, for Siodmak’s brilliant work here in combining style, music, performance and an electrifying sense of helplessness manifest as prototypes of the modern horror movie in many respects. The spectacular photography and set design, coupled with affecting performances and a rip-roaringly moody aesthetic ensure this film’s place in cinema history is assured. Iconic and definitive, The Spiral Staircase is essential for those who appreciate and study film history and technique: a remarkable artistic venture that rewards (and will continue to reward) those who delve into its catacomb-like depths.