Dwayne Johnson’s blitzkrieg 2018 continues to thunder through the cineplexes with this Towering Inferno-inspired highrise action thriller, directed by Dodgeball and Central Intelligence helmer Rawson Marshall Thurber, and despite a lacklustre critical reception did enough in box-office to avoid another Baywatch-styled failure for the big-screen juggernaut. With a plethora of cliched plot elements, more than enough analogous themes to both Towering Inferno and action classic Die Hard, can Johnson’s charisma and Neve Campbell’s blissful return to popular culture elevate (ha) pretty pedestrian genre fare above its slick, shiny facade?

Like a modern tower of Babel, the newly opened mega-skyscraper “The Pearl” in Hong Kong is the tallest freestanding single structure on Earth, dwarfing both the Burj Khalifa and most of New York City’s skyline as it stretches up into the sky. Built by wealthy industrialist Zhao Long Ji (Chin Han – The Dark Knight, Contagion), he recruits security expert Will Sawyer (Johnson) to analyse and report on the building, in order so satisfy the concerns of insurance company agent Mr Pierce (Noah Taylor – Charlie & The Chocolate Factory). Sawyer’s young family, wife Sarah (Campbell) and children Georgia and Henry (McKenna Roberts and Noah Cottrell respectively) are shacked up in the building while he conducts his investigation. Sawyer’s former special forces teammate Ben Gillespie (Pablo Schreiber – Den of Thieves) betrays his former friend, as part of a terrorist plot led by Scandinavian kingpin Kores Botha (Roland Møller – Atomic Blonde), with Sawyer and his family stuck inside the burning building hundreds of floors in the air. 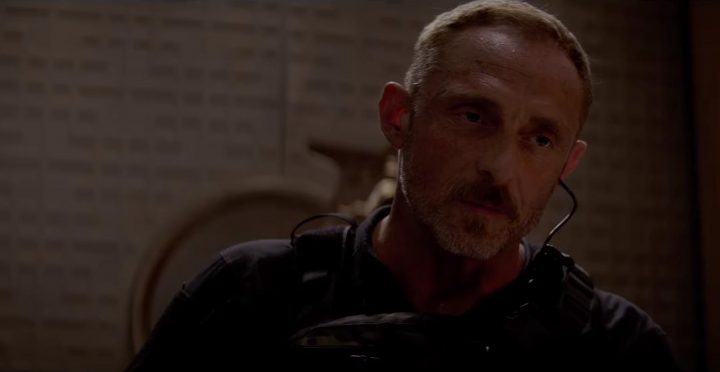 Disaster films are the bread and butter of Hollywood, and have been for decades. Good ones are few and far between; more often than not, spectacle trumps plot or character development, with the majority of films in the genre offering implausible, contrived fun and exuberance at the expense of audience emotional investment. Skyscraper represents a polished, expensive disaster movie experience, with a complete lack of logic or sense but a competent fist-pump sense of adventure and thrills. Director Thurber throws practically everything he can think of at the screen in this conflagration of height, gravity, fire and double-crossing betrayal, a green-screen orgy of machismo and family-oriented platitudes, forcing Johnson to work against his natural proclivities (uber-cool exterior, overly capable physical dexterity, etc) and become almost an Everyman thrust into combat against an overwhelming force. Yes, he’s a variant on Bruce Willis’ singlet-wearing John McLane, battling terrorists inside a city high-rise, although sadly The Rock isn’t given anywhere near as many quips to deliver along the way. 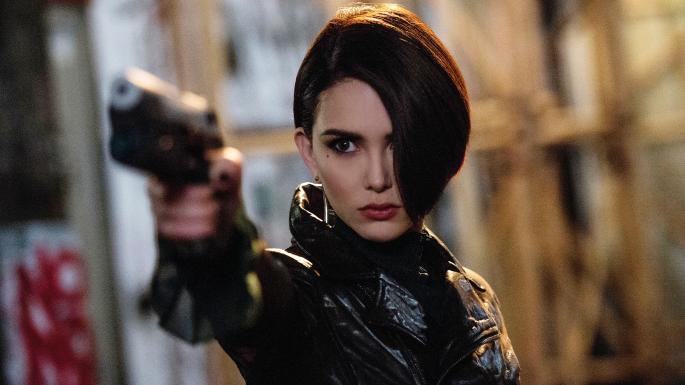 Johnson plays square-jawed lower-leg amputee Sawyer with appropriate gravitas in spite of the script giving him almost nothing of substance to work with; the character’s past as a special skills operative (which gives us the “in” to his disability) is just generic enough to service the plot but once the action kicks into gear the addition of this physical restriction is pretty much cast aside, more a formality than a plot point and the film’s use of an amputee character drew much praise in some quarters. It’s a solid idea to give the world’s most awesome big screen dude a physical restriction such as this, I only wish they’d utilised it more than they did here. If you’re going to do something potentially interesting, why not go all out? 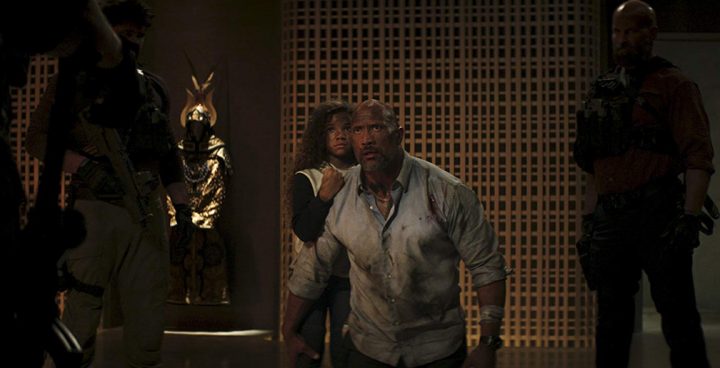 Co-starring is the inestimable Neve Campbell as his on-screen wife, a capable female character in her own right and as far from the whimpering damsel in distress you can get in genre schlock such as this. Campbell more than holds her own even in the action stakes, complementing Johnson’s own abilities with a strength and ingenuity that make her a legitimate threat in this story. Less compelling are the two young actors playing Johnson’s offspring, neither of whom are particularly realistic in their roles, while Chin Han’s character offers the actor range to transition between upright businessman and canny survivalist. Noah Taylor has a role as an architect of the plan, alongside Roland Møller’s antagonist role that feel more like Alexander Gudenov than Alan Rickman in Die Hard. Hannah Quinlivan, as an Asian variant on Ruby Rose’s glowering beauty, offers ice-cold interest as Xia, a deadly assassin, but beyond her ferocious gunplay she’s little more than eye candy. Look, the cast do good work but aren’t helped by an insipid script and astonishingly ludicrous plot, with the film’s positivity amplified solely by Johnson’s screen presence and Campbell’s competent subplot.

Neutering much of Skyscraper’s potential is a thunderously restrained sense of violence and threat. Whereas Die Hard was obviously adult-oriented with violence and dark thematic material, Skyscraper aims for a broader demographic with bloodless death and an aversion to giving the film an edginess, a harder sensibility that makes this homage to the late-80’s action classic so insipid overall. Whereas Bruce Willis went around absolutely fucking blokes up, Johnson’s baby-powder sweetness in this one – a far cry from the thoroughly menacing work he gave us in Faster, for example – is a lament to the halcyon days of gratuitous violence on screen. In aiming for the throne of Schwarzenegger, Johnson seems to have forgotten what Arnie’s earlier films traded on: wanton violence. Thurber’s direction is technically excellent but lacks depth, content to throw burning infrastructure and toothless humour at the viewer in place of legitimate tension. I forget how many reactionary moments we get of Chinese denizens watching their screens at the actions around the enormous tower, but it was a lot to make it numbing, and this myopic tendency dilutes the story’s already limited potency.

Skyscraper is a film that aims high, higher than the building around which much of it occurs, but falls to Earth with the gentle thud of missed opportunity. It’s a passionless exercise in destructive storytelling, marketed on Johnson’s rock-solid (ha) fan-base coming to see him in whatever he does, and sold on the assumption that this is some kind of soft-semi-almost Die Hard reboot. It isn’t, nor should one view it as such because that’s utterly disingenuous. The film’s vacant action sensibility and contrived, utterly preposterous premise might normally work in a cliched action film way but the sum of its parts never amount to the towering inferno we were promised. Devoid of charm, Skyscraper is a mangled construction of better, more enthusiastic genre entries and surely makes the case that Dwayne Johnson’s seemingly unassailable position at the top of action’s totem isn’t without its faults. 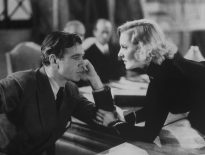 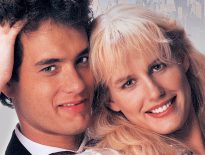