In 2018, the zombie genre has been done – all the puns intended – to death. With numerous television series (The Walking Dead most prominently) and a steady stream of films (World War Z, Train To Busan, Warm Bodies), there’s very little ground the horror sub-genre hasn’t tackled. Cargo, a low-key South Australian production starring Martin Freeman of all people, delves into this well-mined ground and comes up trumps, delivering an effective, visually evocative alternative to the fast-running horde we see so often today. The desolate landscape afforded by our state to Cargo’s sense of isolationism amidst a supposed global pandemic provides a mesmerising backdrop to this intimate tale of survival and hopelessness, as a husband and father is forced to choose the unthinkable in a world gone totally crazy. 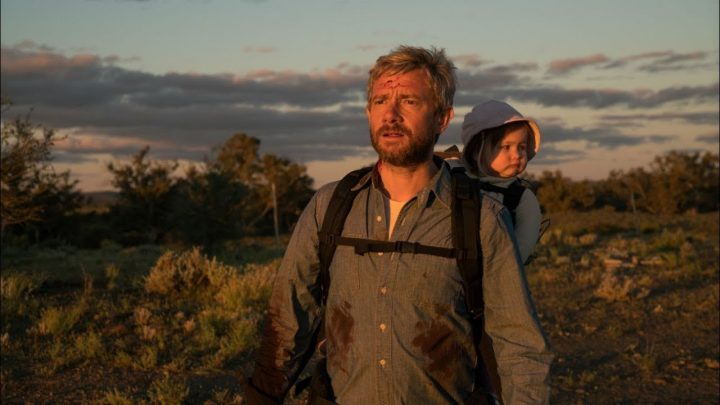 Freeman plays Andy Rose, husband to Kay (Susie Porter – Two Hands, Little Fish) and father to infant Rosie (played by twins Lily Anne and Marlee Jane MacPherson-Dobbins), who are trying to subsist in the world following a zombie apocalypse. They live aboard a houseboat, mooring occasionally to scrounge for supplies, staying as far from land as they can. After Kay is accidentally bitten while attempting to loot a nearby yacht, Andy tries to get her to a hospital, having to avoid the zombie scourge, before the choice to save his wife and child is removed from him. Bitten, with only 48 hours until he turns, Andy transports Rosie across the Australian outback in search of other people who can keep his daughter alive. Along the way they encounter the grimly surviving Vic (AFI Best Supporting Actor winner, Anthony Hayes – Look Both Ways) and his indentured female companion Lorraine (Caren Pistorius – Slow West) who offer a glimmer of hope, as well as local Aboriginal girl Thoomi (Simone Landers). With the clock ticking on his own mortality, Andy must fight to ensure his daughter remains safe from the zombie plague. 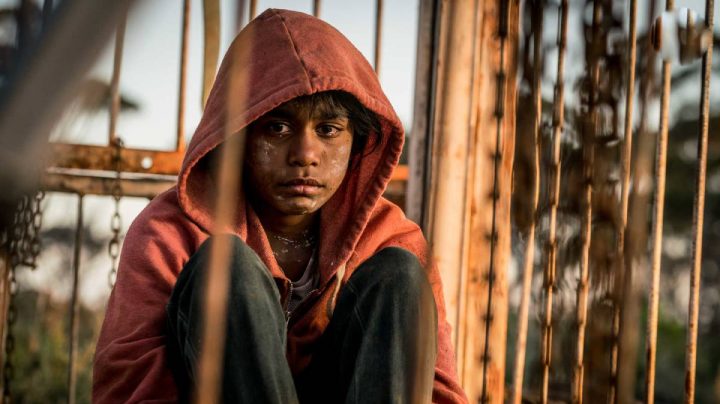 Like many local productions before it, Cargo absolutely reeks of its own Australian-ness. This isn’t a problem, however, because if there’s one thing this country does particularly well, it’s the post-apocalyptic genre. Since the days of Mad Max up til now, our country’s landscape is simply made for dusty, survivalist epics, and co-directors Ben Howling and Yolanda Ramke – working from Ramke’s screenplay and based off their own original short YouTube film – nail the aesthetic with conviction and panache. Cargo looks astounding, a bleak, empty world inhabited by the undead and Aboriginal mysticism, lensed by Shine cinematographer Geoffrey Simpson. Muted colours dominate the bushland setting, ochre and dull green during the daylight, while deep haunting shadows cast an oppressive blanket during the night, and Simpson’s framing of the film is a delight.

The cast, led by Freeman, are compelling, although it’s obviously a tour de force for the British thespian as a man hindered by his own impending loss of humanity; it’s a soul aching story at its core, this one, and Freeman gallantly eschews histrionics in favour of a solidly quiet, subtle portrayal beset by a raw tenderness. His final scene alone will likely bring tears to your eyes, as strong as a similar one from Train To Busan at least. Simone Landers, as Thoomi, is watchable but obviously still learning the craft of acting, at times a touch obvious in her performance but still excellent opposite Freeman. Anthony Hayes channels ferocity like no other as the steely eyed Vic, a man succumbing to his own prejudice and fear (and greed) to the point he’s lost his humanity in a polar opposite way to the zombies he hunts. Hayes’ role is small, but casts a big shadow over the film. Also bridging the gap between human and zombie are roles for Susie Porter, as Andy’s tragically short-lived wife, Kris McQuade as a former school-teacher turned quasi-medic, and Caren Pistorius as Vic’s begrudging love-interest Lorraine, as well as Aboriginal actors Bruce Carter (Last Cab To Darwin) and Aussie icon David Gulpilil (Storm Boy, Crocodile Dundee, The Tracker), giving the film a real local vibe. 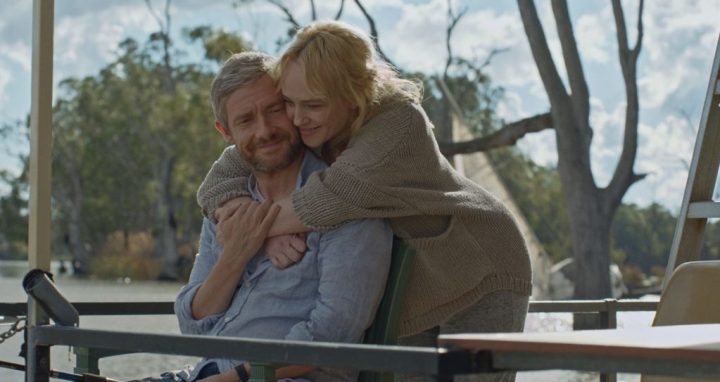 It may lack the status of larger budgeted films in its genre, but Cargo is a film not to be overlooked. Afforded a theatrical release here in Australia, the film is available on Netflix internationally and it’s definitely one you should seek out. It may not offer anything new to the zombie film archetype, and its downbeat tone mirrors a lot of the post-modern film-making aesthetic of the current era, but Cargo’s characters and effective story (not to mention its stunning locations) make it a standout among the undead hordes.