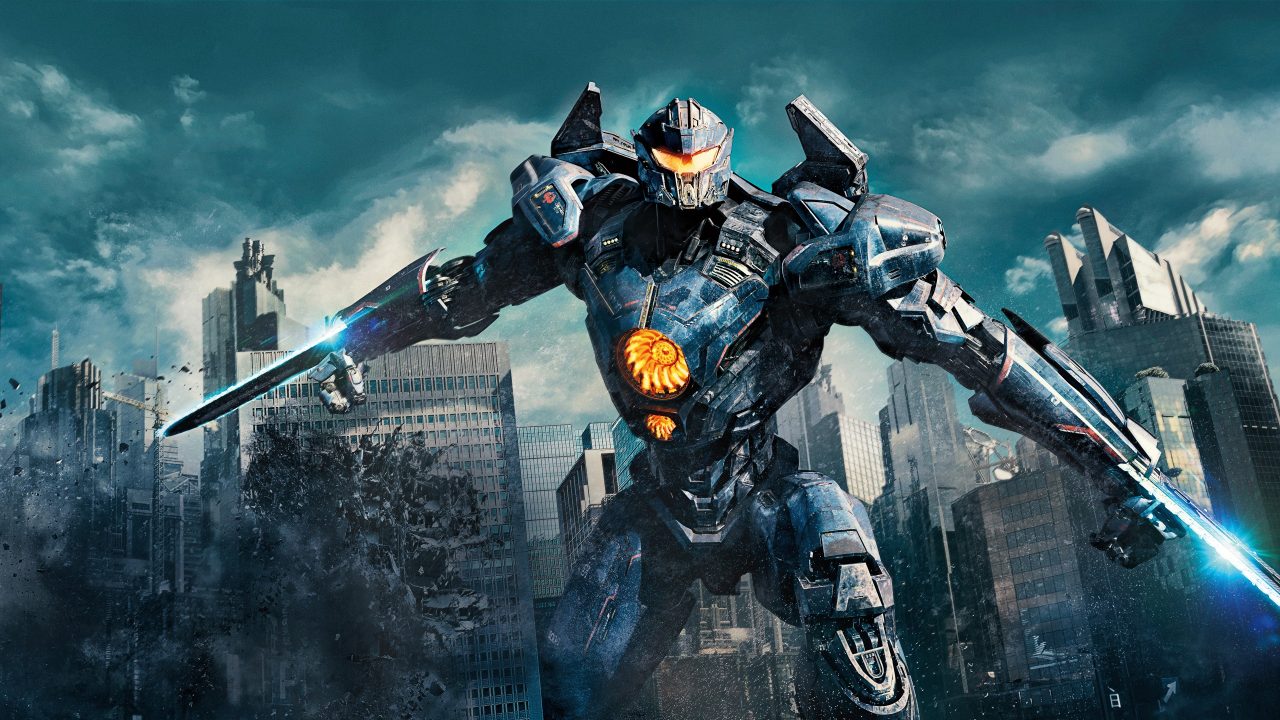 It’s hard to know what to make of Steven DeKnight’s rock ’em sock ’em robot movie, a sequel to Guillermo del Toro 2013’s blockbuster Pacific Rim. Newly minted leading man John Boyega (Attack The Block, Star Wars: The Last Jedi) leads a young up-and-coming cast in a film designed to maximise visual and aural impact, although its achievements in visual effects and mind-blowing action sequences are limited by a goofy, super-cheesy screenplay and generic, Starship Troopers-lite militarism. Pacific Rim: Uprising will satisfy audiences looking for a fairly simple hour or so wasted in front of a screen, and few others. 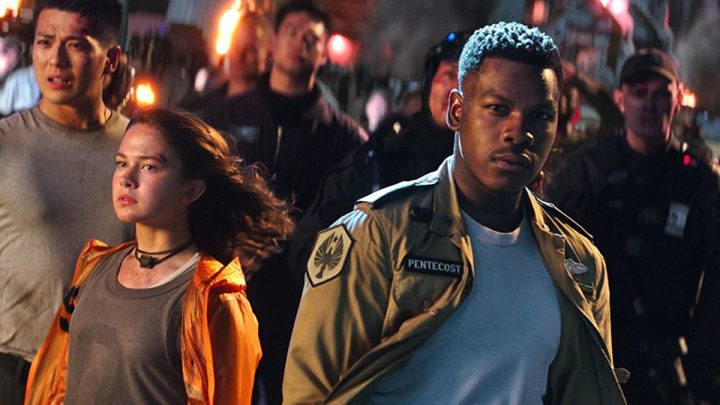 Ten years after the events of Pacific Rim, the world is slowly rebuilding from the kaiju attacks. Stacker Pentecost’s son, Jake (John Boyega) is a loner living rough in the ruined parts of the world, although he’s drawn back into the world’s continued preparation for further attacks after encountering a streetkid, Amara (Cailee Spaeny) who has built her own mini-jaeger. Pan-Pacific Defence Corpsman Nate Lambert (Scott Eastwood) and Jake hunt down a mysterious rogue jaeger to discover the threat of a new kaiju force, while businesswoman and technology boffin Liwen Shao (Jing Tian) escalates a newly specialised drone fighting system that will make jaeger pilots obsolete. When they’re all betrayed by somebody they thought they could trust, three kaiju are unleashed upon the world and once more a Pentecost must cancel the apocalypse.

Uprising’s mandate is simply just to extract as many cool “holy shit” moments as is humanly possible. The film succeeds in this, a stylish, high octane effects fest that threatens to overwhelm the screen. Visually, the film packs a wallop, the carnage and destruction an order of magnitude more visceral than del Toro’s film a few years ago, as Tokyo comes in for the brunt of all this wreckage at the hands of a prime new kaiju creation. All the high-tech production value comes to bear and makes Uprising at least an enjoyable film simply for the visuals, if nothing else. Sadly, the rest of the film is diabolically stupid.

Written by DeKnight, TS Nowlin, Emily Carmichael and Kira Snyder, Uprising drops us right into the middle of the story with barely a pause to develop the characters. What development there is could reasonably be described as cliched, and our emotional investment in the fate of Jake, Amara, Nate and the rest is obliterated by the film’s incessant drive to thrill at the cost of depth. You know what kind of film you’re in for when they even throw in a “car nudged setting off its alarm” trope, the post-modern version of the Wilhelm Scream – a variant of which, I might add, also appears in the film at one point – so it’s pleasing to see DeKnight owning up to the cornball nature of this entire franchise.

The film’s MacGuffin, that the monsters are heading for Mount Fuji to set off a reaction with their volatile blood in order to set up the planet for colonisation by aliens, is laughably stupid, but delivered in typically square jawed action by living Ken doll Scott Eastwood and his on-screen human meatsacks. There’s a lot of chest puffing antics, a lot of screaming, yelling, sideways glancing and HUD manipulations as well as Charlie Day’s enthusiastically high-pitched reprise of his character from the previous film, although a lot of the humour and intended laughs land without effect. This is the problem with the entire film, really, in that what joy we get from the monsters-vs-robots premise is sucked out by an abortive humanity we can’t connect to. 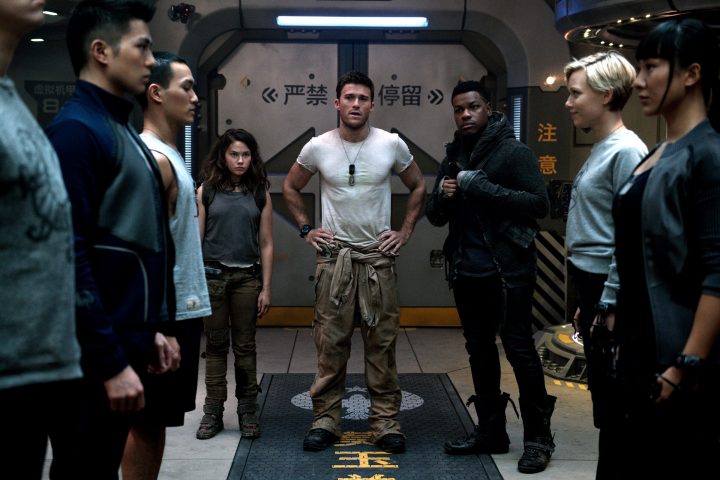 It’s obvious from the outset that Uprising is an anime cartoon brought to life, the masterfully rendered jaeger tech and insatiably fleshy kaiju monsters drawn from the same kind of touchstone elements as Robotech or Astroboy, and the film never expends energy trying to differentiate itself from these origins. Loud and often obnoxiously incoherent, Uprising will satisfy hardcore fans of this kind of storytelling, but it’s an objectively indifferent movie. There’s no real heart to it, no sense of occasion that rings true, and despite callbacks to Idris Elba’s fuel-injected peformance from the previous film none of the actors within this movie can elevate the material beyond the cheesy, simplistic generics it espouses. That’s not to say Uprising won’t entertain, because for the majority of it I was truly entertained in every respect, but it’s not a film that will linger long in the memory nor will it retain the cultural awareness del Toro’s nightmarish original enjoyed. Keep your expectations well in check and the film will work. Expect much beyond what it says on the box and you will come away disappointed.