Charlie Chaplin’s 1917 short film The Cure is hilarious. Although lacking the biting social commentary of The Immigrant (which would debut after The Cure) or the outright zaniness of One AM or The Count, The Cure’s slapstick comedy is distilled Chaplin perfection, ably abetted by the producer/director’s ensemble in yet another kooky examination of situational comedy. The premise of a drunken man attending a clinic to “dry out” and the inebriated comic elements that ensue lends itself to Chaplin’s now-perfected performance shtick, his duckwaddle Tramp character replaced by a duckwaddle upper-class fop character to become a figure of disdain for the working class audiences at the time. It should be noted that alcoholism was prevalent throughout the working class of the day, and had become a serious social issue; in order not to be seen as stepping on his major audience’s feelings, the central character’s upper-class twit personification would become a figure of ridicule for the very people for whom drunkenness was a major problem. 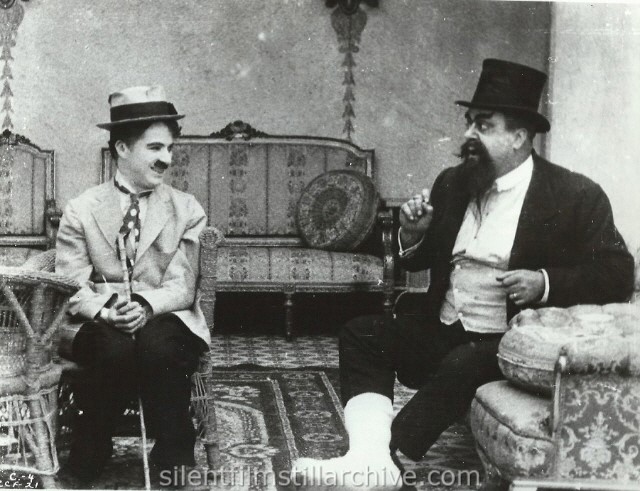 Chaplin plays a tipsy, alcoholic fop, who arrives at a health spa to cure him of his ailment. He aggravates a large man suffering gout (Eric Campbell) and meets an attractive young woman (Edna Purviance) with whom he is smitten. However, the fop’s luggage contains all manner of alcoholic beverages, which the spa manager (Frank J Coleman) orders thrown out – the spa’s porter throws it into the residence’s health waters, which in turn makes all the other resident’s drinking it inebriated. Conversely, the fop enjoys his newfound sobriety, only to learn that the spa’s massage and exercise regime might just send him back to the bottle!

The Cure is another of Chaplin’s patented slow-start, crazy finale short films, made for the Mutual Film Corporation and released in April 1917. The premise is elegantly simple, and as with the majority of his early films offers plenty of scope for Chaplin to get up to his incredible physical comedy routines and uproarious vaudevillian slapstick. Acting drunk is pretty much Chaplin’s core aspect when you boil it all down, and he obviously has so much fun playing up the skew-eyed, dull witted type you can’t help but giggle along as the entire film dissolves into a hysterical free-for-all. Chaplin is, of course, in a league of his own, but as I’ve discovered watching his Mutual shorts, he elevates his ensemble supporting cast far more than his billing might suggest. 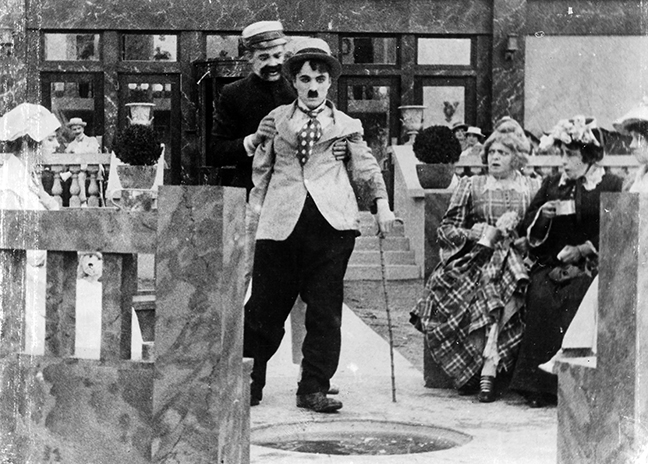 As usual, Eric Campbell’s enormous hulk dominates a lot of the film, his gout-ridden bully-boy routine now a steadfast element of Chaplin’s shorts of this period. Edna Purviance has a small role as Chaplin’s love interest, and regular players Albert Austin (as an employee of the spa) and Henry Bergman (as the world’s worst masseuse) make good work of their supporting roles. There’s a lot to admire about Chaplin’s work here, especially, as he drunken-fumbles his way through a series of increasingly funny beats on the way to a fairly obvious conclusion. Chaplin’s physicality is dead-on, sliding, slipping, twirling and acrobatically flinging himself through all manner of pratfalls, including trying to escape Berman’s manic hyper-violent massage therapist, which is the film’s real gem. 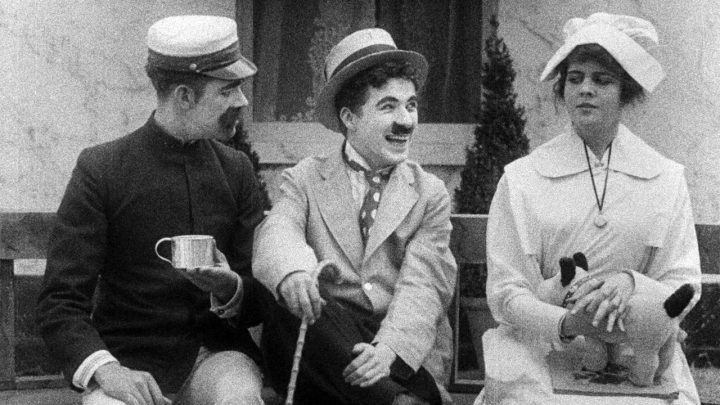 What The Cure lacks is depth. Whereas many of Chaplin’s shorts have some element of commentary or pointed narrative, The Cure – alcoholism aside – strikes me as a purely unadorned comedic venture. The drunken behaviour of the inhabitants of this film allow barely a modicum of dignity at being laughed at, moreso than laughing with, and Chaplin’s ability to create sympathy for what would normally be an entirely unsympathetic character is sublime. It’s a simple humour, a wacky Looney Toons sensibility that modern audiences might find a touch cliched or passe, but for a film of this vintage must have been surely scintillating at the time. The Cure is hardly revelatory, but it is downright enjoyable.