Let’s be frank. Objectively, the Fifty Shades film franchise is an abhorrent blight on modern cinema. Purportedly a salacious literary phenomenon about a young woman’s submissive relationship with her lover-slash-employer-slash-masochist boyfriend, and based on fanfiction from the Twilight vampire saga, the Fifty Shades franchise has manifested as an erstwhile erotic drama existing in a new #MeToo age of feminism and empowerment. Unfortunately, the franchise is beset with absolutely horrendous writing, dire characters and sexual chemistry that’s borderline visual assault for the audience. Exactly who finds these films entertaining has an extreme case of cognitive dissonance on the meaning of “entertainment”; Freed, the third and (thankfully) final entry into this asinine series of cinematic idiocy, doesn’t raise the very low bar one jot, and mires itself in pathetic narrative conniptions devoid of reason, logic or any sense of empathy. 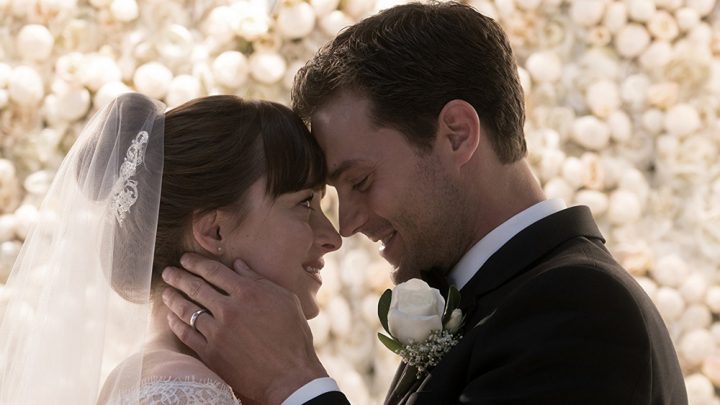 Christian (Jamie Dornan) and the inexplicably named Anastasia Steele (Dakota Johnson) are married, following the “events” of the previous film, and soon find their relationship tested by the vengeful nature of Ana’s former boss Jack Hyde (Eric Johnson), who was fired by Christian following a sexual assault. Everything else is shit. There’s the buying of a new house, Ana’s reverse emasculation of her husband, Christian constantly trying to “please” his new wife without asking her exactly what pleases her, and a bunch of awkward encounters with Christian’s various “staffers” and hangers-on.

Okay, Fifty Shades Freed is an awful piece of trash. It’s a Showgirls-level terrible, only without the pulp redemptive arch-camp nature Verhoeven’s film employed. Freed is a dire, wretched shitpile of film, bland characters and atrocious writing throwing itself at the screen in an orgy of unmitigated unwatchableness it’s a wonder the film doesn’t self-immolate from the portal-to-hell it opens achieving some form of cohesion. Returning screenwriter Niall Leonard seeks to imbue the scantily-clad shenanigans with some form of dramatic depth, upping the third-party antagonist subplot and reducing the bondage-and-discipline routine which formed the basis of this franchise’s allure. Sadly, the series’ inept characterisations are too far entrenched for their sexual promiscuity than any real emotive arc, leastways that I cared about, and this last thrust (pun intended) of lustful ickiness lacks the import with which the screenplay’s ponderous dialogue thinks it’s capable of.

Exactly who is left wanting to see this mess following either of the two forebear films baffles me, for if the wooden acting and charisma-free sexual activity depicted within elicit even a minor uptick in heartbeat then, baby, you need to examine your expectations. Poor Jamie Dornan looks increasingly bemused and saddened by the dialogue and undercurrent of misogyny he’s forced to spout, whilst Dakota Johnson sullies feminism in this tepid caricature of a powerful woman’s arc. As with both previous films, the chemistry between the two leads is non-existent, despite both of them being eminently pleasing to the eye. Dornan’s constantly frustrated expression and Johnson’s reactive, reductive character arc lend themselves more to amusing hilarity between the passionless love scenes, and when the film’s bad guy isn’t making his presence felt, the film just collapses. 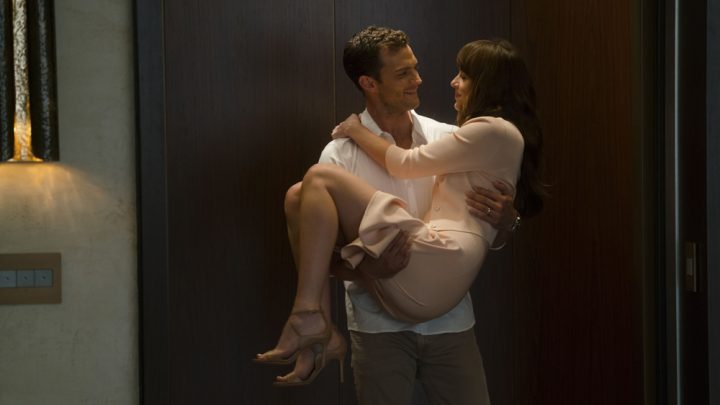 Eric Johnson’s Hyde – perhaps the most obvious bad guy name to have, really – is cliched up the wazoo, and as far as the film’s dire plotting goes ekes out some kind of generic, hackneyed fun, but there’s far too little impetus from director James Foley (The Corruptor, Perfect Stranger) to really make it zing. The supporting cast – shit, how the hell do you waste the talent of Marcia Gay Harden, for Pete’s sake – are all adequate but it’s patently obvious the film isn’t about them. Everyone keeps a straight face throughout, bless them, but with the audience laughing so hard at the film it matters not. 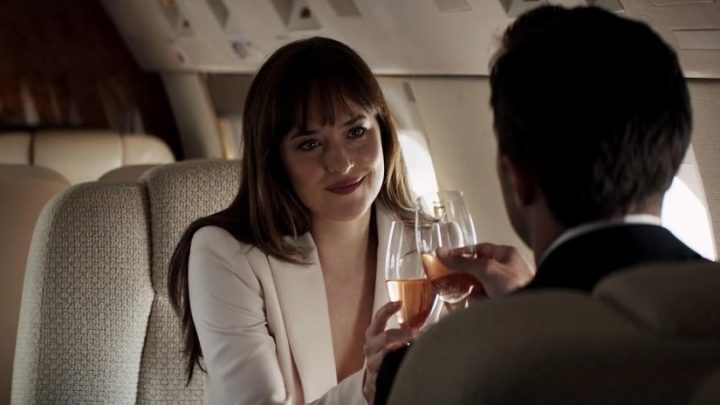