Downsizing is a film one could adequately describe as “pleasant”. It’s neither good nor bad, sitting midway down a sliding scale of perfectly mediocre; never controversial, exciting or enthusiastic, remaining entirely bland throughout its two-and-a-bit hour running time. So too, star Matt Damon (The Bourne Identity, The Great Wall), shrunk to Lilliputian scale for the film’s intriguing premise, is equally bland, given a character largely absent motivation or meaningful arc, around a film in which there appear to be very few stakes. If cinema were a soup, Downsizing would be tasteless broth. This isn’t to impugn Alexander Payne’s efforts, for his achievement in delivering a fully-fleshed out world of tiny people living alongside our own larger one is both enthralling and at times awe-inspiring, but when both the story and characters remain as distant and facile as the ones in this film do, no amount of clever visual effects can jerk this sleeper to life. 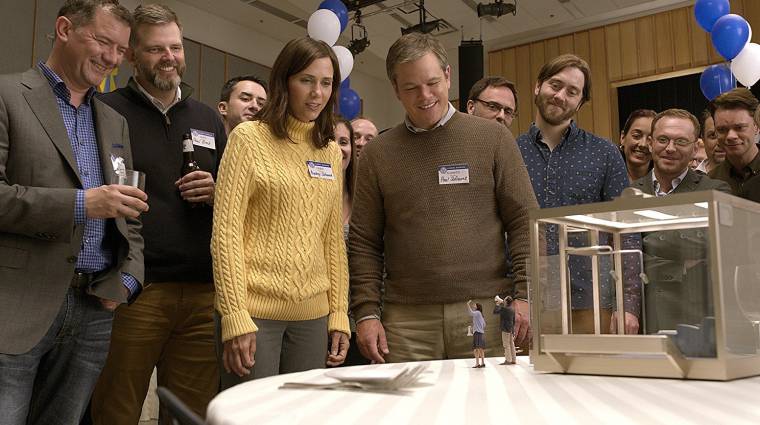 Damon plays Paul Safranek, an occupational therapist living in a not-too-distant world where overpopulation is causing the human race to begin the throes of its own destruction. Scientists have created a way for people to be physically shrunk – or “downsized” – to where they can live out their lives with an incredibly small lifestyle footprint, existing in custom built cities the size of a large stadium. Paul’s wife, Audrey (Kristen Wiig – Ghostbusters) is initially hesitant, then agrees to have the irreversible operation with her husband, although she backs out at the very last minute leaving Paul shrunk to five inches tall on his own. Paul sinks into depression, eventually finding motivation through his upstairs neighbour Dusan (Christoph Waltz – Tulip Fever), Dusan’s associate Joris (Udo Keir – Blade), and Dusan’s Vietnamese cleaner Ngoc Lan Tran (Hong Chau)’ through acts of generosity, Paul finds a new mission for his life, only to discover that human existence might be coming to an end sooner than they all think.

As I was watching Downsizing, I came upon a realisation as to why the film felt so horribly inert. It’s such a simple reason, I’m staggered it hasn’t been noted in more reviews on this film. As beatific and bucolic as Downsizing is, as intimate and as melancholy and as uplifting as it tries to be, the film doesn’t have a villain. The film lacks an antagonist; be it a story point, a character, or something else, every good story needs some manner of conflict to make the journey of the protagonist worthwhile, or at least meaningful. This film’s overtly sentimental voyage of discovery is… er, larger than life (pun very much intended) but there’s no catharsis for the hero (Damon’s Paul Safranek) nor is there a motivation for his continued journey through the movie. It’s a film of emptiness, a Hollow Man film with some exceptionally good visual effects layered across it. 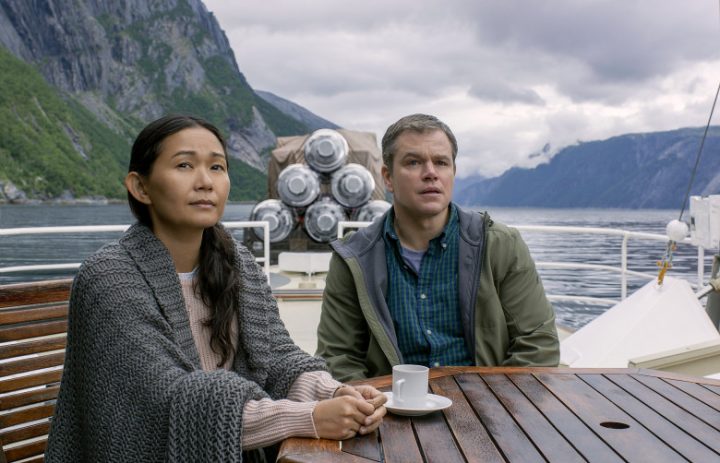 Alexander Payne’s previous films have been generally excellent. Election, About Schmidt and Sideways are all well made, well acted films that make their point. The Descendants was indifferent to me but I could manifest at least some entertainment from it. Downsizing has all of Payne’s eccentric hallmarks but it lacks the singular thing that might make it legitimately great (heck, even good), and that’s some kind of motivation for our hero’s journey. Paul Safranek is a passive observer in this film rather than an active participant. He’s a character things happen around rather than to – his initially shrinkage notwithstanding – and the emotional journey he embarks upon with inexplicably weird romantic interest Ngoc Lan Tran (a fabulous Hong Chau) never achieves full cohesion. Damon is solid in the role, although spends the majority of it looking either awestruck or confused, while Christoph Waltz’ paycheck for this movie must have been the sole reason he signed on to do it. A smattering of nice cameos are included – listen for the music playing behind a brief cameo for Dawson’s Creek star James Van Der Beek – although it must be said the wastefulness of Kristen Wiig’s short-lived and entirely enigmatic role made me lament some of the creative choices the screenplay engages in. 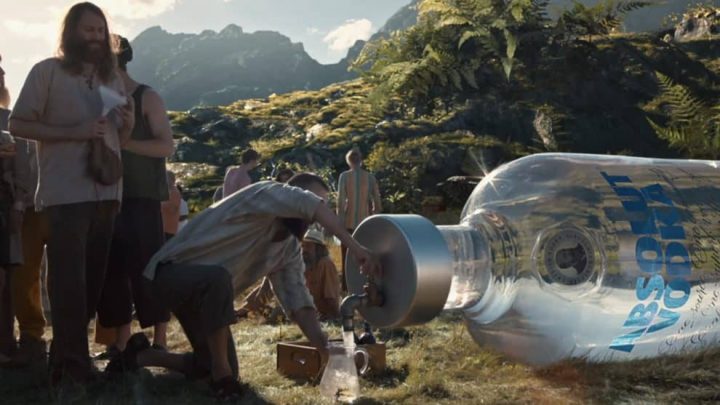 So much of this film is frustratingly clumsy from a storytelling perspective. Paul’s desire to escape relative middle-class existence and buy up in the tiny city of Leisureland (their wealth once shrunk is considerably more, given they consume minuscule resources and take up almost no room whatsoever) and Audrey’s hesitation on the brink of going through with it is a profoundly embittering experience but the film tends to gloss past this quite quickly. The world’s fascination with miniaturisation comes with all manner of human failings, including illicit trade in human cargo even of the short-statured kind, and obviously corruption and class systems continue over thanks to a modern capitalist society. The film depicts these things but it makes no statement about them, afraid to take the plunge and really make the viewer think. Payne, who worked on the story with fellow screenwriter Jim Taylor over nearly a decade, seems intent on making a Walter Mitty-style voyage of discovery through a fascinating and beautiful world without having the central character discover much about himself at all, and even when Paul does have an epiphany, it’s far too late and feels unearned.

Of most interest, the production’s achievement in crafting a tiny person’s world and all the problems inherent with shrinking people (fillings in teeth need to be removed first, lest a person’s head explode when they miniaturise, for example) and the visual design of the film is absolutely first rate, and constant references to the physical size of our tiny cast are cleverly handled through dialogue and simple on-screen cues. I imagine the film required extensive CG effects work to complete, and I failed to find a single element that didn’t work superbly well within Payne’s frame. Set design and location photography, particularly the use of macro-photography in the third act’s Norwegian setting, was excellent. Kudos too to whoever came up with the absolutely hilarious moment late in the film where an underground tunnel entrance is purposely covered by rubble – my wife and I were in fits of laughter.

Sadly, that was about the only part of the entire film that connected with me on any level. Emotionally, the film is inert, a lifeless thing existing just because somebody made it, not for any particular reason other than that. Visually stunning, yet emotionally vacant, Downsizing is a film adrift in a sea of pointless exposition and set-up for characters who make choices and an arc I couldn’t rationalise. Lacking a conviction for narrative, either through a primary antagonist or point of conflict for the “hero”, Downsizing’s lengthy stateliness is borderline insulting given the money spent on bringing it to life. Take me back to the Jack Black Gulliver’s Travels, at least that was funny in parts and made some sense. This… well, if it’s human extinction you want to dissect, or make some point on our society of consumerism, there’s better ways to go about it. Downsizing isn’t bad, it’s entirely just okay. For what it’s worth, enjoy.